Final Summer is a throwback slasher film that needs your support. 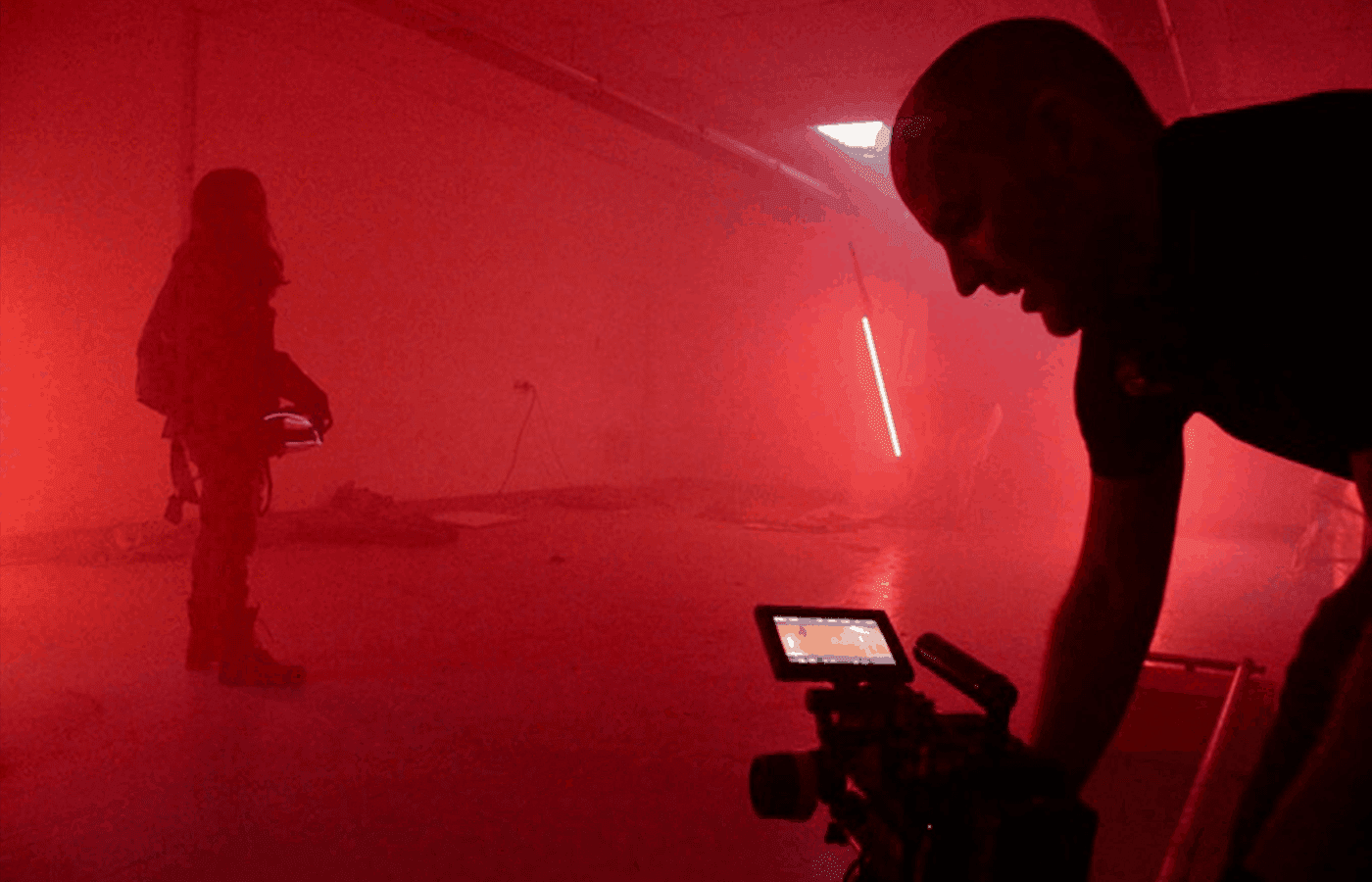 An Interview With John Isberg

Final Summer is an indie slasher throwback starring horror movie legends Thom Mathews (Friday the 13th Part 6: Jason Lives, The Return of the Living Dead) and Tom Atkins (The Fog). The film takes place during the Summer of 1991 on the final day of summer camp at Camp Silverlake. As the counselors attempt to shut down the camp for the Summer, someone is waiting in the darkness to seek revenge on the unsuspecting campers.

Who is the masked killer? Is it the camp urban legend? Or is it something more sinister? Not everything is what it seems at Camp Silverlake. PHASR correspondent Danielle Million got the chance to sit down with Final Summer director John Isberg to discuss his film campaign and his love of the slasher genre, enjoy.

Tell us what we can expect from Final Summer.

John Isberg: Sure! I wanted “Final Summer” to feel like a slasher franchise from the 1980s that was rediscovered over time.  I love the slasher films of the mid to late 1980s, early ’90s and wanted it to feel like one of those films, while updated for modern audiences. From the poster to the soundtrack, to the characters, to the setting. Rooted in that time period but also updated to reflect more modern tastes.

I love horror films that are thrill rides, that give you that sense of being on a roller coaster, so I thought a lot about the audience, all the fun setups, payoffs, and easter eggs hidden in the film.  (Jordan Peele’s “Us” is an AMAZING film when it comes to setups and payoffs.  Love him). I think it pays homage to a lot of the films of the era, but more importantly, I feel it pays tribute to the final girls of those films, to the women of horror (Adrienne Barbeau, Neve Campbell, Dana Kimmel, Betsy Palmer, Heather Langenkamp).

I identify with the ‘final girl’ survivor character, being a survivor myself.  I wanted that narrative of the survivor to be a big part of the film, and I think with #metoo and recovering from trauma, PTSD, that’s really important to bring to the film.  To have characters you can relate to, that you care about.  I didn’t think that making a slasher film would be such a personal film, but it became a very personal film, in a way.

You directed and produced “Daniel” a short horror film in 2017 that was the epitome of a psychological thriller. What made you switch gears this time to the slasher genre?

John Isberg: I grew up listening to stories from my older cousins talking about Jason and Freddy, Michael Myers, who would win in a fight, that kind of thing.  My cousin worked at a video store and there was just something about the posters, about the feel of those films that really intrigued me.  I love watching slasher films, even the bad ones are fun (Blood Rage, Final Exam, Pieces).

But with all that, I do think there’s a large psychological component to our film.  There are themes of trauma, how it impacts people.  I have PTSD and that was something I wanted to bring to the film, this idea of trauma, how would you really react if you were in a real slasher film?   What PTSD can look like.  I taught kids with emotional disabilities for four years, all of them had trauma, all had PTSD.  It was really upsetting sometimes, but you really saw the strength of those kids and it made a huge impact on me.  I wanted to bring those feelings and my own personal experiences as a survivor to this film.

I also wanted to ground the killer in real psychology.  I love John Carpenter’s “Halloween” and Sean S. Cunningham’s “Friday the 13th”, Wes Craven’s “Scream” but I wanted a villain that reflected real-life horrors, to make our villain true to life.  I really responded to the update of “The Invisible Man” because it felt so real to some of the things I experienced.  I wanted a film that could reflect those thoughts but also showcase the strength of the survivor.  When you’ve lived through those things, sometimes it can be such a nightmare that you end up relating to horror films, in ways you didn’t ever imagine you would.

What have been some pleasant surprises and some learning opportunities when running a Kickstarter campaign for Final Summer?

John Isberg: Doing a Kickstarter while running right up to the final week of pre-production before starting your film is kind of insane.  BUT, I will say that it’s been great to connect with the horror community through Twitter and Facebook.  I really love the audience.  I don’t know why anyone would ever do anything but horror when you think about how committed and supportive the horror community is.

I used to play in indie rock bands and punk/garage bands and it reminds me a lot of the hardcore/DIY punk scene.  It’s like horror movies are our Sex Pistols or Jane’s Addiction/The Replacements/Big Star/T-Rex in a way.  It’s like that flag you fly that says this is my scene, this is my band.

I went to a grocery store wearing a Nightmare on Elm Street 3: Dream Warriors shirt and two dudes who were stocking shelves saw my shirt and started singing “Dream Warriors” by Dokken and we just started talking about horror movies in the aisle.  It was the closest thing to going into a video store I felt in a long time.  I just love how these films give us a common language and how much you find community and friendship through these films.

You scored the legendary Thom Mathews AND Tom Atkins for the film and we’re dying to hear the stories of how that went down to get them on board.

John Isberg: I initially had Neil Affleck of the 1981 “My Bloody Valentine” on board.  Due to covid and a few other issues, unfortunately, he had to drop out, but he was the first person to sign on and that gave me a lot of confidence in the film.  He was a really great guy to talk with and share his insight with me.  He came and did a zoom with my indie film workshop I teach during the pandemic and shared his experience with film.  I was bummed it didn’t work out but he was just such a great person to talk with. He was instrumental to me in believing we could do this film.

Tom Atkins, he’s like my spirit guide for horror.  I kind of always think, WWTA do?  He’s kind of amazing and I wanted to include him in a way that would also pay respect to his contributions to horror.

I was blown away that Thom Mathews was able to be in our film.  I mean, he took down Jason Voorhees in Part 6 (well, at least temporarily…).  To me, he IS Tommy Jarvis (all due respect to Corey Feldman in “Final Chapter”).  And of course “Return of the Living Dead” is amazing.  I listened to a lot of interviews with him sharing his thoughts on the “Friday the 13th” franchise and I felt like what we are trying to do with this film was very much aligned with his thoughts on those films.

When we see some Final Summer kills, will we get the classic practical effects or are you going with the modern CGI?

John Isberg: I love practical effects.  I was just going over the kills tonight with the SFX HMU key and I’m excited for what we are doing.   When I think of these films, I think of Tom Savini and what he brought to the genre.  From Romero’s “Dawn of the Dead’ to the original “Friday the 13th” he was such an innovator.  He also brought his own experience as a combat photographer in Vietnam to what he did with SFX so I think to me, going practical is a way to honor his contribution to horror and follow his path in a way.

There are nods to Friday the 13th, Scream, and other slashers in this film. The most important question. Which slasher film captures your favorite spot?

John Isberg: Black Christmas is probably my favorite film.  I love the analog call center sequence when they are tracing the call, the classic “The call is coming from inside the house” bit.  But then you’ve got Ridley Scott’s “Alien”, Dario Argento’s “Deep Red”, John Carpenter’s “Halloween” (Dean Cundey, ASC did fantastic work on that one!) and of course, Wes Craven’s “Nightmare on Elm Street”, more modern I go with It Follows and while not a slasher, really, really love Fede Alvarez’ “Don’t Breathe”.

Where can people find you and the film on social media to stay up-to-date on the film?

Tell everyone who hasn’t checked out the Kickstarter page yet where they can find it, the goal, deadline and anything else you want to share!

John Isberg: The deadline is Saturday, August 7th, 2021.  Our goal is 15k.  That amount will go towards helping feed the crew.  There is so much that we are doing on the film in terms of sweat equity, we own the majority of equipment being used, shooting on my Red Epic Dragon 6k, dana dolly, sticks, crane, grip gear, lighting and more is almost all in-house, though we are shooting on Atlas Anamorphic lenses through a great Chicago rental house, Camera Ambassador.

While some people might think, well, 15k isn’t much to make a feature film, there’s a lot that we are bringing in material and sweat equity that is going to make this film a professional film, from sound to lighting to picture, it’s going to look and sound totally killer! And Jeff Schroeder of Smashing Pumpkins/Night Dreamer is doing music for the film!

Special thanks again to John Isberg for speaking with us on Final Summer.