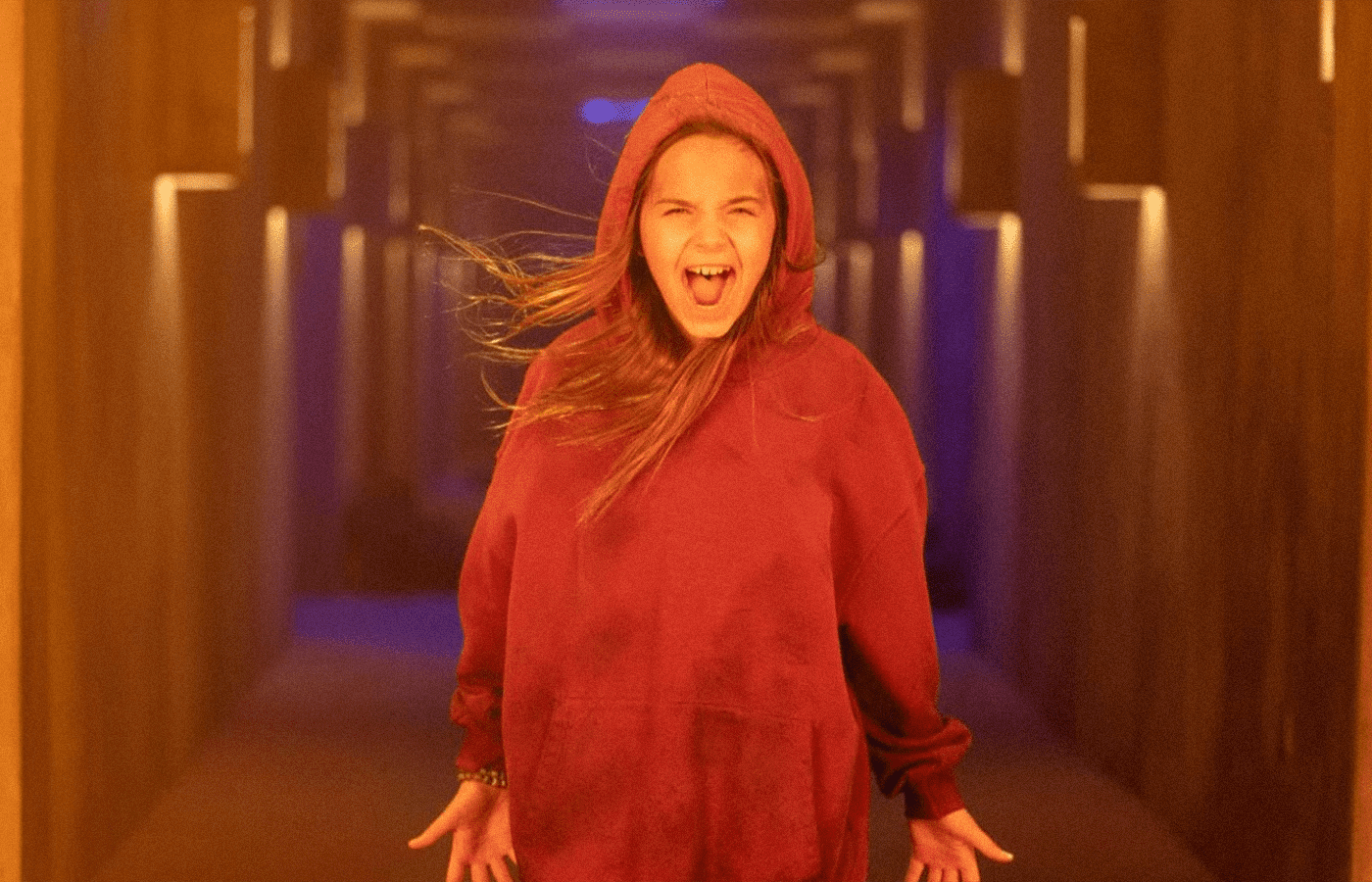 Stephen King‘s work more than any other author has had his writing adapted and readapted for literal decades. All of these films span a spectrum of quality, the best perhaps being The Shining and the worst being The Lawnmower Man. Stephen King has been in the cultural zeitgeist when it comes to horror since the 70s and for good reason. Though he may be the ‘King’ of horror, his characters have always come before the scares.

They’ve felt flawed and fleshed out in some of the most human of ways. This could be because of King’s very own writing advice: write what you know. We’re all flawed people in some ways and King’s work is very personal in his flawed aspects. It may not be a one-for-one comparison but his characters are pulled from some corner of his experience. All this to say, this well of experience felt absent in this contemporary reimagining of Firestarter.

Firestarter‘s integral character-building moments are rushed, the story felt outdated, and the emotional impact of major moments felt underwhelming. For example, Charlie accidentally sets fire to a cat after it scratched her. This is horrifying, or at least it would have been to Charlie and Andy. They tear up a little but it’s treated as a slap on the wrist. This should have changed the tone of the film completely. Andy could have seen a darker side to Charlie and insisted on training her so she can use her abilities responsibly. This would have been a prime opportunity for a montage for her and her father to bond while he teaches her the value of her ability.

Or the old man that Andy manipulated into letting him and Charlie stay with. The old man learns Andy’s a criminal and at first recoils in shock but eventually lies for Andy to make sure he and his daughter are safe. Soon after he gets blown up and we never hear about him again. Here Andy manipulates this man into generosity and when the man finds out he’s been helping criminals he still does what he believes is right. This sets up a brilliant character-building moment for both Andy and Charlie, but it’s thrown away for a cheap surprise.

It’s these character-building moments that should alter the perception of our characters and their motivations but instead, they completely fall flat. Rather than sit in these moments and really teach our characters something it’s used to move the plot into a generic stand-off. Granted this is a problem with the screenplay of the film, not the actor’s performances. This adaption of the Stephen King sci-fi novel felt very true to its source material in several ways. But this honesty to its roots may have been part of its lack of emotional impact.

Originally written in the 1980s, the novel follows Andy and Vicky looking to earn some money in college by volunteering as test subjects for an experiment. The result of these tests unlocked latent psychic abilities for the two of them. It’s when they decide to have a child that things turn for the worse. Their daughter, Charlie, has been gifted with pyrokinesis, the ability to create fire with her mind. Because of her powerful abilities, merciless agents are in pursuit of Charlie to use her for their own diabolical means.

Tell me if this sounds familiar, a shadow government group wants to abduct a child/creature/object to use for their own malevolent means. It’s a story we’ve heard over and over again. It’s a tiresome trope that didn’t seem to reinterpret the beats in some type of newfound way. It’s great that the team behind the reimagining wanted to stay true to the source material but with a complete reimagining, there’s room to take some creative liberties, especially in a contemporary era.

This feels like the lowest hanging fruit to make an example of but my immediate thought to Firestarter‘s issues was the hit Netflix show Stranger Things. The series is a prime example of taking inspiration from media of the 80s and interpolating it into something completely unexpected. Stranger Things‘ first season kicks off in 1980s Indiana when a group of young friends witnesses supernatural forces and secret government exploits. As they search for answers, the children unravel a series of extraordinary mysteries.

Stranger Things wears its inspiration on its sleave very clearly. Hell, the original Firestarter novel is one obvious inspiration for the series, especially for the character known as Eleven. I’m sure Blumhouse wanted to stray away from this comparison but the material feels perfect for the resurgence of 80s nostalgia that’s currently sweeping entertainment.

Firestarter sells itself on its name alone, and for fans of Stephen King, it certainly isn’t enough. The film lacks a true focus and whatever themes are there feel pushed aside for spectacle. Firestarter‘s script lacks heart and emotional gravitas. Its lead actors do the most with what they were given and it’s their performances that kept me in my seat till the very end.

Besides a visually remarkable title credit sequence, a haunting score composed by horror movie rockstar John Carpenter, and some pretty brutal kills, Firestarter will leave viewers pretty underwhelmed. I’m glad to see the horror movie studio Blumhouse is expanding its budget on productions to account for more set locations, special effects, and bigger movie stars. But until they can clean up their track record of lackluster scripts and flat storytelling, I won’t be rushing to the theater for their films any time soon.