This is our First Impression of Godzilla: Singular Point 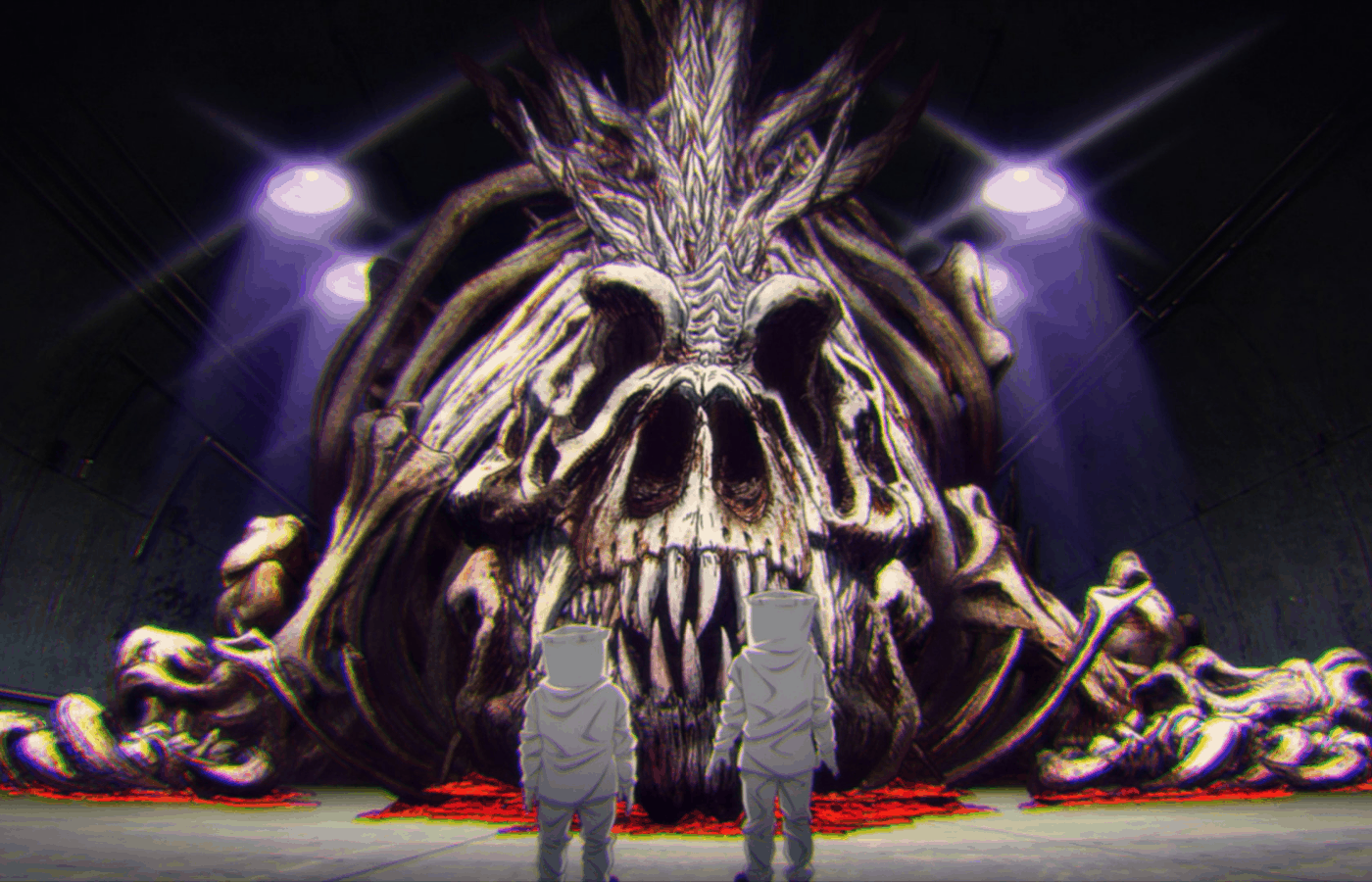 Following the success of Polygon’s animated Godzilla trilogy that was released in 2017 and 2018, Toho was quick to announce that they would be looking into doing further animated Godzilla content in the future. This would end up being announced in late 2020 in the form of a surprise reveal of the animated show Godzilla Singular Point with traditional animation done by Studio Bones, famous for Fullmetal Alchemist: Brotherhood, and CGI for the kaiju done by Studio Orange, famous for the seminal Land of The Lustrous.

Along with these studios include the writing by sci-fi author Toh EnJoe and direction by Atsushi Takahashi. After much anticipation, including an earlier weekly release in Japan, the show has finally dropped internationally on Netflix to much anticipation and I’m here to give my initial thoughts based solely on the first three episodes.

To start off with, praise must be given to the animation of Godzilla Singular Point since it is simply exceptional. Despite much debate and hesitancy of the drastic redesigns of the kaiju by Princess Mononoke character designer Eiji Yamamori. However, Rodan looks and moves in an incredibly fluid and animalistic style that is only possible in stuff like animation.

Similar praise must be given to Jet Jaguar, mech animation, as it is could be considered a dying art, but Godzilla: Singular Point excels in how it brings Jet Jaguar to life-giving him as much personality as the original even without the A.I. component of the original. The action scenes and fight scenes are also animated wonderfully, feeling visceral and dramatic even on the much smaller scale that Singular Point is using.

The backgrounds look gorgeous though I’ll get into this more later, and as expected Bones knocks it out of the park with the characters’ animation. Special praise must be given to Mei Kamino, already a fan favorite, and her delightful expressions and movements capture her personality perfectly. Pero 2, though Netflix’s subs translated their name differently, is also a phenomenal usage of animation that brings to mind characters like Mr. DNA from Jurassic Park in terms of maniacal fluidity.

As usual with the field of anime, the voice acting is also phenomenal on all ends character-wise further helping to bring the cast to life. Special praise must be given to anime voice acting veteran Wataru Takagi’s performance as head of the Otaki factory and creator of Jet Jaguar, Goro Otaki. His wacky energy and antics are greatly heightened by Wataru Takagi’s ability to be both goofy and serious at the turn of a dime perfectly.

Another big point of praise is in Singular Point’s OST which greatly adds to the feel of Godzilla: Singular Point, the OST done by Kan Sawada is pulse-pounding and exciting only helped by the fantastic opening song by BiSH. The mic drop of the Godzilla theme at the end of episode one with the big reveal of what is in the basement of Misakioku’s building. Singular Point’s sound design also greatly contributes to this with the usage of Rodan’s classic monster roar being exciting and a highlight of the first episode.

This all culminated with Singular Point’s rather striking imagery. As I alluded to earlier, the background work of Singular Point is gorgeous and when contrasted with the imagery of the monsters comes together into a gorgeous portrait. Images such as the flock of Rodan flying on the horizon or Jet Jaguar being built in the factory give Singular Point a larger-than-life feel, despite its small cast and smaller-than-usual kaiju.

This imagery also adds greatly to Godzilla: Singular Point’s usage of news broadcasts to share exposition and changes in its story and world, with sights such as Rodan’s merchandising seeming to add to Singular Point’s apparent critique of modern-day society and how events like this are treated by the media and handled by society at large.

Though none of this would feel as authentic as it would if it wasn’t clear how much Godzilla: Singular Point unabashedly and completely adores Godzilla and everything that has come before it. Nowhere is this more apparent than the massive easter egg-filled end credits with references to every single era of Godzilla films and even the American films. Yes, even Godzilla (1998). It is this love for the franchise that shines through in how the show is done, with nothing feeling tongue-in-cheek or mocking in the slightest and that respect will be warmly received by fans coming into the show.

Godzilla: Singular Point’s one flaw I feel so far however might be how it handles its use of science and how much of the dialogue is encompassed by this. While the Godzilla franchise has always been science-fiction or science-fiction/horror, never has a Godzilla work been this filled with scientific theory and ideas as Singular Point is.

This results in lots of dialogue about complex subjects, something which lines up with previous works by Toh EnJoe, but might turn people off because of this complexity. While I feel at this point it also hampers the characters by most of their dialogue being about these concepts, having only seen three episodes so far, I think it’s too early to get into how the characters are done personally.

What isn’t too early to get into however is how well Godzilla: Singular Point is building up its many mysteries. The biggest of all, in more ways than one, being Godzilla’s skeleton in the basement. What it means and how it got there is one of many driving mysteries behind Singular Point’s world through the one I think most fans will gravitate to the most.

It is far from the only one, however, including the mysterious song, the disappearance of the founder of Misakioku, the artwork showing Godzilla and Rodan having emerged in the past, and what is the cause of the red tide, to begin with. Suffice to say, Godzilla: Singular Point is as much about solving the mysteries inherent to its world as it is about the kaiju that fill the world of Singular Point.

Overall, I cannot wait to continue Godzilla: Singular Point and see more of what it has to offer. We already know from the trailers and the end of Episode 3 that there is so much more to come, including the Big G himself. Have you started Singular Point yet? What do you think so far? I for one will be diving back into the mystery of Singular Point very soon.