Found on the Ground: 10 Found Footage Horror Movies for Beginners 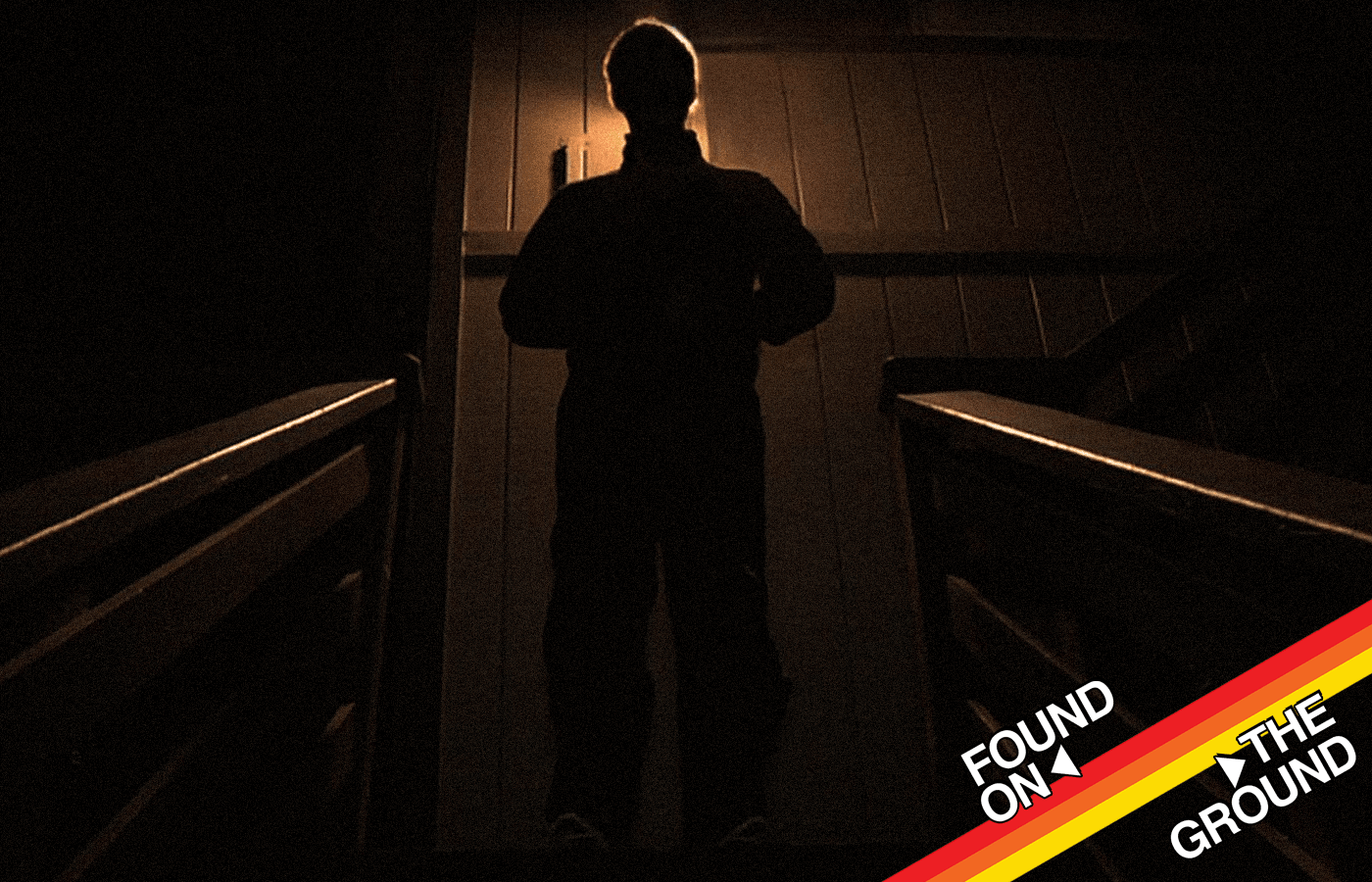 These are the ten best found footage horror films for beginners!

What do you think of when you hear the words found footage? There are the major staples in the genre including The Blair Witch Project, Cloverfield, and Cannibal Holocaust. I won’t lie when I say my love for the genre started with The Blair Witch, of course, but it really took off with the others that will be mentioned.

There’s something genuinely terrifying about being alone with a camera, in the dark, and realizing you’re not actually alone. Imagine the guts it takes to keep filming. The Found Footage horror subgenre is picking up within the online film community at large and I’m here to ride that train because my heart bleeds for found footage.

Five years after 15 people were killed during a haunted house tour, a documentary crew visits the scene to investigate what happened and run into their own haunted tour. Hell House LLC was a hidden gem until it got some traffic on Twitter.

Taking place in a haunted hotel turned amusement haunt during the Halloween season makes for interesting and creepy atmosphere. It takes note from the staples of the found footage subgenre with hand held camera shots but also takes into account the use of stabilized cameras such as security cameras to get even more angles (very much in line with the Paranormal Activity series).

Hell House LLC was shot at a real haunted house attraction in Lehighton Pennsylvania called the Haunting at the Waldorf Hotel. This haunt did take over an abandoned hotel just like in the movie.

Six friends attract a demonic presence during an online séance and begin noticing strange occurrences in their homes.

If you haven’t heard of 2020’s found footage quarantine sensation, HOST, do a quick Twitter search of the film. The horror community was sent into a frenzy for the first time since Paranormal Activity over a found footage film and as a self-proclaimed number one fan of the genre, I was ecstatic. HOST was a breath of fresh air through the quarantined pandemic of 2020 and made connecting to a zoom call a little creepier. If you’re into seances and 60-minute horror movies, this one’s for you.

Based on a short film by director Rob Savage, where he pranked his friends during a zoom chat pretending to be attacked by something in his attic. He didn’t inform his friends in order to get their genuine reactions to it. The video was released online and went viral. Savage then approached Shudder about making a feature-length version.

Yes the whole franchise gets a spot! Soon after moving into a suburban tract home, Katie (Katie Featherston) and Micah (Micah Sloat) become haunted by what appears to be a supernatural presence. Micah soon becomes obsessed with capturing the spirit and sets up cameras throughout the home.

Paranormal Activity is my Found Footage Friday the 13th or Saw. I mean that in the way that they could keep making them forever and I’d be excited for them every single time.  The franchise brought a new way of filming to the genre and that was stagnant home security cameras.

The smallest flip of the camera from rooms one through four was enough to bring mine and everyone else’s anxiety in the theater to an alarming rate. Will we see something? Will we not? These are the questions I thought under my shirt I had pulled up over my head.

Supposedly famous director Steven Spielberg had to stop watching the film halfway through on a home screener as he was genuinely scared by the experience.

Aaron answers an online ad and drives to a stranger’s house to film him for the day. A man wants to make a movie for his unborn child, simple right? Quickly his requests become more bizarre as the day goes along. The first of a trilogy of ‘Creep‘ films. Creep 2 was released October 24, 2017, while the third installation in the franchise is in development.

Creep I and II are really cool new takes on social horror. When is something weird enough for you to say “Okay, fuck this, I’m out”? Is it impolite to leave when someone is making you uncomfortable? Also, how long will you stay uncomfortable for money?

These are all questions I asked myself over and over while watching these films. Mark Duplass does an excellent job making you question everyone’s sanity in the room. You’ll leave these films desiring a huge fluffy wolf mask as well.

The classic Ghost Hunting crew on TV (no, sadly no cameo from Zak Bagans) spend the night in an abandoned psychiatric hospital hoping to catch some ghostly interactions on camera. The easiest ghost equation for a brilliant found footage film there is. And it executes it perfectly. Grave Encounters was filmed over ten nights and two days.

The Grave Encounters films take you back to good ol’ fashioned ghost hunting fun. These are mind bending paranormal found footage films with an in-your-face mockumentary style ghost hunting show based on Ghost Adventures and the like. No one can say a good “stay the night in an asylum’’ film doesn’t give you the heebies.

Four guys who make money putting cringeworthy videos online are hired to steal a VHS tape from an abandoned old house. However, things take a turn for the worse when they find a dead man inside with dozens of tapes.

V/H/S was one of those “accidental” finds by my partner and I. I can’t explain to you how happy I was to find it. If there are two things to know about me, it’s that I love Found Footage and I love Anthologies. V/H/S gives you both with 6 stories and does a fantastic job of doing it.

A fan favorite is Amateur Night which I can’t deny being a fantastic start to the VHS viewings within the film. Especially with the next installment of the series in production V/H/S 94, there’s no better time to watch through these grainy horror gems. You’ll have to choose your favorite and let us know on the Ghoulish Twitter page!

After years of gulling the faithful, cleric Cotton Marcus feels remorse and decides to expose his chicanery through filming a documentary. Marcus and a camera crew arrives at the Louisiana farm of devout Louis Sweetzer, who believes that his daughter, Nell, is possessed. When the usual stunts fail, he realizes that he is face-to-face with real evil and must summon true faith to protect Nell, the others and himself from demonic power.

The Last Exorcism is an absolute gem in the realm of Exorcism movies. It does a wonderful job being the “guy found a camera crew and wants to show the world what he’s doing” effect. Being from the Bible Belt, I’m fully aware of these small town “All hail Jesus scream Hallelujah” church goers.

That being said, it was really cool to see a premise of a Preacher who’s losing faith and recording to show the deception of religion, only to be challenged by many phenomena he’s pretended to defeat in the past. There is a sequel to this film, however, I am sad to report it’s not Found Footage style.

A young woman studying the habits of webcam users, witnesses a murder online and becomes the killer’s next target.

The Den is a film that, in my experience, doesn’t get talked about enough. It walked so Unfriended and HOST could run (okay, hey, i love those films, I’m not being mean!) Like those films, it easily kept my attention with constant uneasiness from the protagonist being stalked in her own home through her screen. It felt like we, as the viewer, knew way more than she did, and I yearned to tell her every time she came to the computer screen!

Now this movie is the one movie on the list where I am going to say, “I get it”, when I get people saying “Wait, What?!” when you read that I love it. This movie is silly, B acted, CGI filled and so freaking fun. The story is so cliche found footage and it doesn’t try to hide it. You can see from the frame above, they’re making a movie and we’re watching the behind-the-scenes where strange things are afoot. If you want to laugh, groan, and eat popcorn, put this on and make popcorn. Oh, and whip out your 3D Glasses.

A single mom sends her song and daughter to visit their grandparents on a remote Pennsylvania farm for a week-long trip, but the children find that the elderly couple is involved in deeply disturbing activity, and the only chances of getting back home look less and less likely with every middle-of-the-night scare they face.

The Visit is nowhere near the bottom of my top Found Footage list, just to be clear. This movie is one that really blew my socks off when I saw it the first time. If there’s anything that makes me intrigued in a horror movie, it’s children protagonists that do their job exceptionally, and I think Olivia DeJonge and Ed Oxenbould did just that.

They made sure to deliver the playfulness of two siblings recording a documentary while also convincing you that they’re really terrified of what’s going on with their first visit to their grandparents.

Found footage horror movies especially for beginners can be a tricky subgenre to dive into. It’s a low barrier to entry so you have to be careful with the films you end up picking. We hope this sets you on your way to discovering some new terrifying favorites. Let us know on Twitter which on this list you enjoyed and maybe what your favorite found footage horror film is thus far!