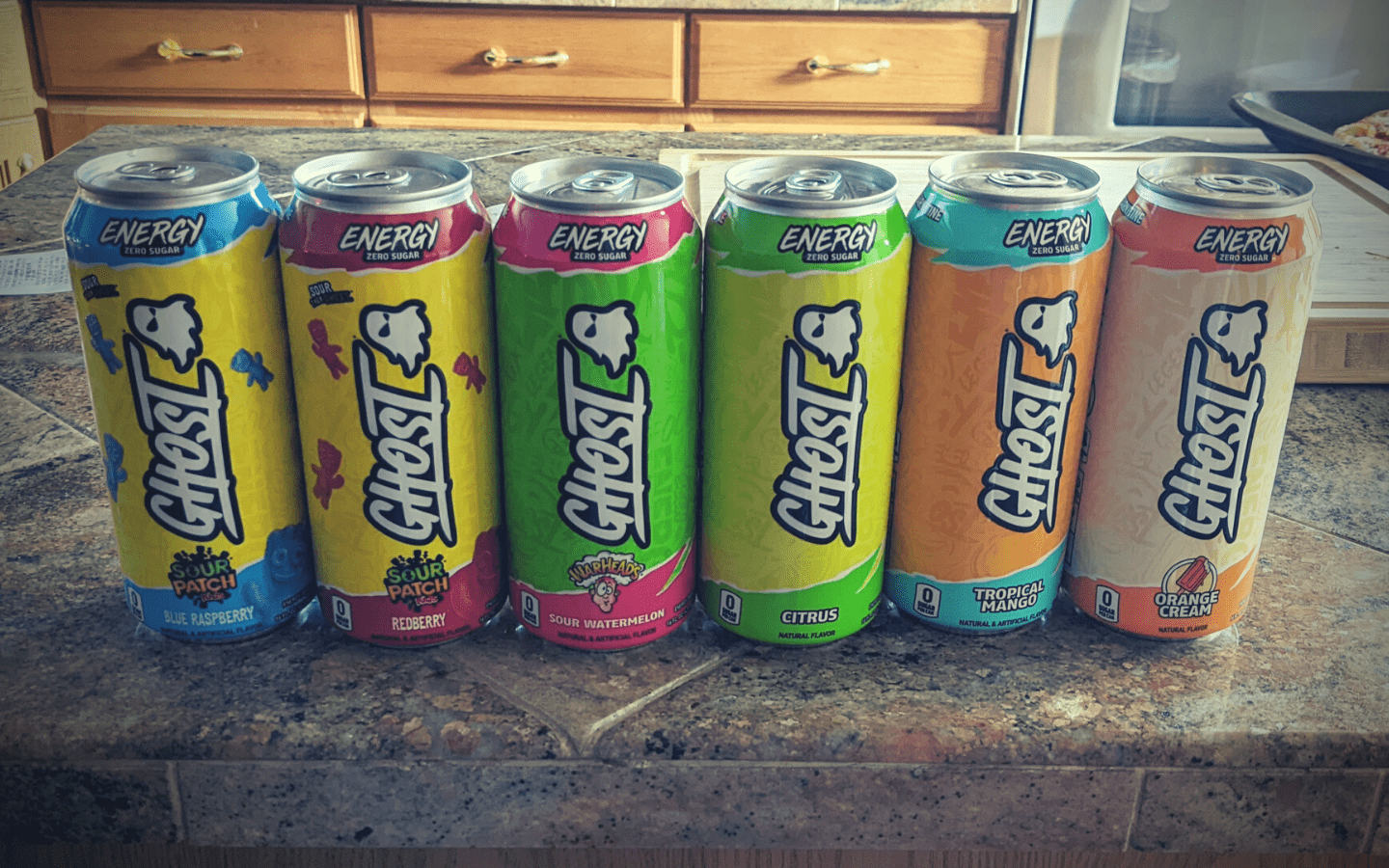 Ghost Energy Drinks drinks have an intense energy offering at a small caloric punishment. Of the six I had, 10 calories were the largest – and that’s for a 16 fluid ounce can. I don’t often do energy drinks, or coffee, so these were my treats as a break from the flavored caffeine water additive I do throughout the week (think Crystal Light). Buckle up buttercup – we’re dumping high octane into the gas tank and here’s how I felt about them.

This is of course, their creamsicle variant. The items to note initially: the sweetening agent does hit similarly to aspartame but I don’t see it listed in the ingredients. The carbonation is not overwhelming (or spicy like McDonald’s sprite). The drink isn’t the most “Creamsicle” thing you’ll taste but it’s surprisingly close considering the calorie count. There are zero sugars, zero artificial colors, and zero fats.

Now maybe you’re saying “That’s all good, but what about the sodium and other stuff?” and for that, I’m glad you asked! For sodium, you’re getting 30mg or ~1% “But what about CARBS?!” EASY killer, 2g carbs or again ~1%. The drink is Vegan friendly, Gluten Free, Sugar-Free, and Soy Free. If you are like me and you are sensitive to caffeine, I would say it’s safe to say a whole can should be done IF you are about to have an intense day. Otherwise, ¼ to ½ can will likely see you taking care of business and not hitting episodes of increased anxiety and swiftness to frustration.

The can definitely gives off the seafoam green vibes you’d want if you were at the beach or a tropical island and the mango flavor does not disappoint. The composition reflects the energy blend of the creamsicle flavor, however, this one tops out at 5 calories for the 16 oz! The flavor for this one is very smooth, and tasty, and although carbonated – it does not have an overpowering sting when you’re drinking it. When the weekend rolls around – give it that vacation for the weekend vibe with Tropical Mango Ghost!

This can evokes an 80s energy with the main body of yellow and the neon green striping. This flavor will make you feel like an Australian because it will hit your tongue and have you saying “Lime-y!”. It really is nice, light, and crisp. It falls in line with the same blend as the previous drinks, carbs and sodium, and 5 calories for 16 fl oz. Because of the citrus element in this one – the carbonation has a slightly bigger carry, not overwhelming but noticeable. This is a great one to go wild with before or during a concert/rave where everyone is in bright colors and the vibes are high, maybe you are too?

So you like candy but you’re trying not to eat as much of it, here’s a nice way to bridge the gap and come out feeling pumped up about your day. This has the sour patch kids blue wrap for the can itself, for the taste, you will notice that tingle of your jaw that you would get from the candy.

It is a little lighter in the way the sweetness lands, but it is an enjoyable sour flavor without overwhelming you with carbonation, sour, or sweet. The composition remains the same for the ghost energy blend, with a small increase in sodium at 2% daily value, and carbs – you’ll take on 5 calories for the explosion of energy this drink provides!

If you are with me in age, there was a point in your childhood where eating a warhead was a badge of honor, especially if you let it sit on your tongue until the sour wore off. This being an energy drink, it allows you to unlock part of that core memory, without the unfortunate effects of being an adult consuming sugar. The watermelon is not going to be the strongest sour flavor to market, but it is definitely a sweet treat.

I don’t think this one is nearly as sour as the Sour Patch Kids Blue Raspberry as it doesn’t tingle the jaw and I feel the watermelon flavor does fall more victim to the non-sugar sweet taste i.e. diet watermelon, still a good flavor but not the strongest that is available in the lineup. The construction of the drink remains in line with the others and with a consumption of only 5 calories.

This can has the Sour Patch Kids Redberry red markings and looks like a lot of fun. Of the flavors I am able to get a hold of, this is likely the least impactful. The flavor doesn’t seem to match up with Redberry, the sweetener is almost the only flavor that I can obtain from it. If you have lost your sense of taste and need some energy. The energy and calorie information is mirrored by its Sour Patch Kids Blue Raspberry flavor. Maybe this was a one-off and the flavor just didn’t land, but I wouldn’t re-purchase this one as-is.

What Are Your Favorite Ghost Energy Drink Flavors?

All-in-all, if you are looking for great energy from a drink without the caloric overload, most of the ghosts are a great way to handle your need. In a world that is saturated with energy drinks that have all of the caffeine but also 250 calories in a can, why not take it in stride with a drink that has calories expended in a brisk walk?

We hope you enjoyed our breakdown of Ghost energy drink flavors. Are there additional flavors where you are that you want to see reviewed? Let us know on social media!