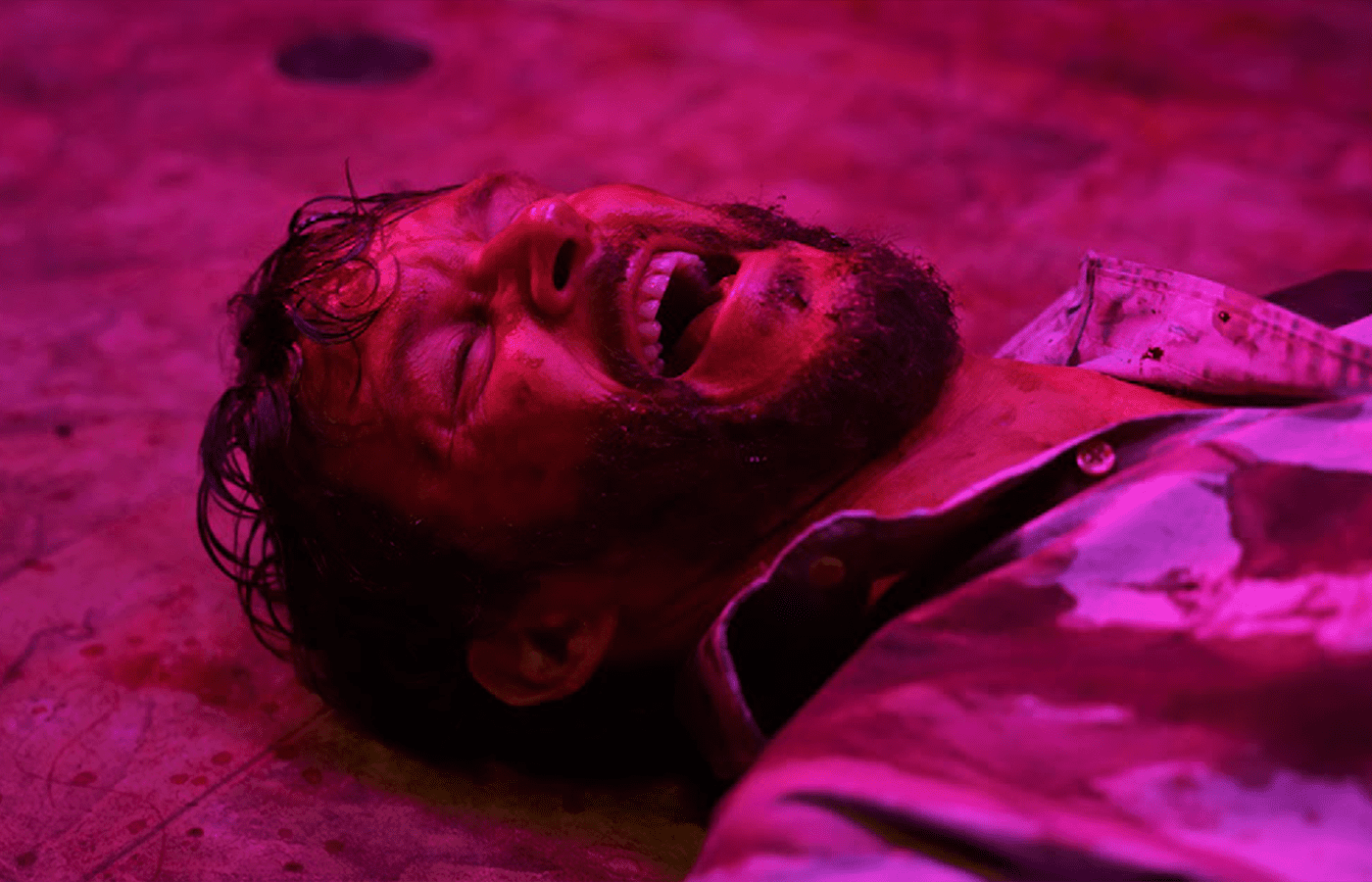 For weeks now, Shudder subscribers have been pacing back and forth, awaiting the arrival of the new cosmic horror film, Glorious (2022). The film dropped today on the streaming platform after premiering back in July at this year’s Fantasia Film Festival, where it received the highest of praises. The mostly one-location, cosmic, Lovecraftian, horror film tells the story of a man whose life has gone completely down the toilet. But gets an opportunity to possibly turn things around, and save the universe after an encounter with a strange entity that hides in a bathroom stall behind a glory hole.

Glorious gives you a lot with very little. It clocks in at a nice and easy seventy-nine-minute run time that never feels rushed or drags at any point. The film follows Wes, played by Ryan Kwanten, who is dealing with what seems like the fallout of a relationship with the woman he loves, Brenda, played by Sylvia Grace Crim. Upon stopping at a rest stop, he decides to take out all the belongings in his car as well as take off his pants and burn them in a fire pit while getting completely drunk and belligerent by himself. A massive hangover follows and he stumbles into the rest stop bathroom where a voice from one of the stalls speaks to him. The voice is that of Academy Award winner, J.K. Simmons. Whom we never see on screen. His contribution to this film was his noticeable and iconic voice.

At first, what seems like an annoyance to Wes, eventually turns into life or death as this voice identifies himself as Ghatanothoa. If you are familiar with Lovecraft lore, which is an overall theme and tone of the film, you’ll know that Ghatanothoa (called “Ghat” in the film) is the firstborn of Cthulhu. If some of this is unfamiliar, you can learn more right here. What ensues during this back and forth between the two leads is what creates the overall conflict of the film. Wes must give something to Ghat to help save the universe, and since Ghat speaks behind some bathroom wall art that has a glory hole in it, Wes assumes it is a sexual act that he must perform for the greater good. We eventually find out the stakes are a little higher.

For the first two acts, director Rebekah Mckendrey gives what seems like a great set-up for a horror comedy. An average loser needs to penetrate a glory hole that has a Lovecraftian monster on the receiving end of it. The dialogue between the two leads in Glorious stays strong for the full run time. There is never a moment that hits a lull. Even in some of the earliest moments where the stakes can seem comical, there is an underlying feeling that there is a catch here. Something is not fully being explained to us, and this could all turn into a very dreadful situation. It’s even addressed that what Wes needs to do does not guarantee a good outcome for him.

Not everything is addressed out of the gate; there are questions raised at certain beats, but then left behind in the next. Have no fear, by the time the third act kicks in all of the points in the film that cause questions will get their pay off. Glorious has a ton of gross-out moments. Not so much the blood and gore of the climax of the film. But rather the idea that the setting of this film, a public rest stop in the middle of nowhere. The uncleanliness of it all. The smell of urine oozes off the screen just by looking at the bathroom. The teases of Ghat in the bathroom stall. The god-like creature is full of slimy, oozing, wet tentacles that have the ability to run a chill up someone’s spine.

The film also accomplishes a big-in-concept/small-in-budget feel to it. The stakes seem to get higher the more it unravels, yet we are in that bathroom for ninety-five percent of the movie. The containment of the film breaks free in certain beats showing the ambition of the storytelling. Credit to the writers of the film Joshua Hull, David Ian Mckendry, and Todd Rigney. These moments can either happen in the alarming dialogue delivered by JK Simmons or when some of the film’s splendid special effects drag us further into the story. There are great uses of color within the film that give the setting a more vast and larger feel to it. The collision of pinks and purples with the dark and murkiness of the bathroom makes for a really interesting contrast.

Fans of H.P. Lovecraft are a subculture of horror fans. They have their own language almost, and although Lovecraft is a controversial figure due to some of his beliefs, his material has had an impact on modern horror. Glorious does a phenomenal job at giving Lovecraft enthusiasts what they want out of a story like this, while also making it fun for average moviegoers who are not familiar with the material. Its smaller budget does not slow it down at all. It gives the viewer room to focus on the story and awaits what is indeed a hell of a cosmic ending.

What Did You Think Of Glorious?

Let us know your thoughts on the film on social media today!