Godzilla (2014) Review: Dawn Of The Monsterverse 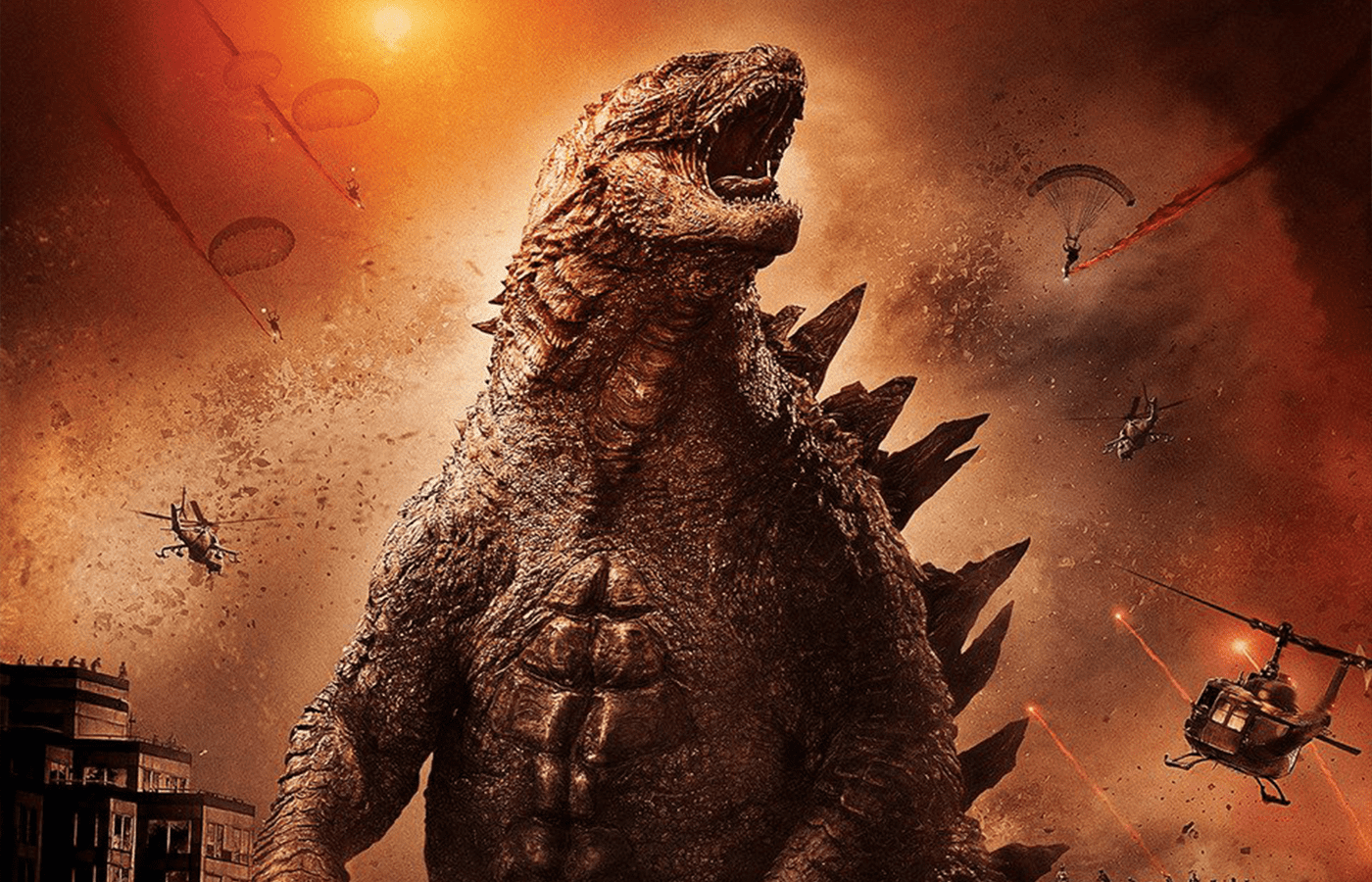 With Legendary’s Monsterverse on full steam ahead with several upcoming projects such as a sequel to Godzilla vs. Kong, a Kong: Skull Island anime exclusive for Netflix, and a Godzilla-centric television series for Apple TV+; the future is looking bright for this kaiju cinematic universe. In fact, as of the writing of this review, it has been confirmed that filming for the next Monsterverse film has officially begun with Adam Wingard returning to direct.

But with the Monsterverse almost being 10 years old now, how did it become one of the few post-MCU cinematic universes to not fall apart? Well, maybe one way to answer that is to look at the very beginning of the Monsterverse with Godzilla (2014).

Originally intended to be Hollywood’s second (and this time successful) attempt at reimagining the classic Japanese movie monster, Godzilla (2014) is both the most important entry of the Monsterverse and yet a major outlier as well. So let us reevaluate the beginnings of the Monsterverse and see how it compares to where this franchise is heading.

RELATED: What Order To Watch The Monsterverse Movies

The Return Of The King

Despite not being as frequently brought up in conversations on the Monsterverse compared to the likes of Godzilla: King of the Monsters or Godzilla vs. Kong, one should remember it was almost an event when Godzilla (2014) was first released. Remember that Godzilla’s last film was ten years prior with 2004’s Godzilla: Final Wars. For ten straight years, Godzilla as a franchise was utterly dormant.

As such hype around Godzilla (2014) was, no pun intended, huge as this was the first new Godzilla film in ten years, the second attempt at a Hollywood reboot, and 2014 was the 60th anniversary of Godzilla. Once the film was released, while being a very solid box office hit, opinions were mixed on the film. Some loved it, some hated it, and some were just underwhelmed. That kind of sentiment seems to reflect the discourse around the Monsterverse to this day.

Before we dive further into the actual review, here’s a quick summary of Godzilla (2014)‘s story. Starring Aaron Taylor-Johnson, Ken Watanabe, Elizabeth Olsen, Juliette Binoche, Sally Hawkins, David Strathairn, and Bryan Cranston; Godzilla (2014) follows Ford Brody (Taylor-Johnson), a Navy EOD officer returning from active duty and reuniting with his family. But his reunion is short-lived as he has to bail out his estranged father Joe Brody (Cranston) in Japan, despite his reluctance. Their estrangement started ten years prior when an unknown event caused a Japanese nuclear reactor where Joe worked and caused the death of his wife/Ford’s mother.

Grief-stricken and unable to accept the official story behind the meltdown, Joe eventually convinces his son to travel to the quarantine site and learn that all the radiation is gone. It turns out the event was caused by a giant organism known as a MUTO that had cocooned itself and was feeding on the radiation. The area was then quarantined and studied by the mysterious MONARCH organization led by Dr. Ishirō Serizawa (Watanabe) and Dr. Vivienne Graham (Hawkins).

Unfortunately, the MUTO escapes containment after feeding on all the radiation within the area and escapes, which kills Joe in the process. Ford is then recruited by MONARCH and the US Military to be part of their operation to track the MUTO as its presence awakens its mate and another goliath with the MUTOs natural predator: Godzilla.

So what do I think of Godzilla looking back since its release? Honestly, while I will say I like the movie, some elements haven’t aged well in hindsight while others I appreciate more and more. If I were to rank it, I say it’s above Godzilla vs. Kong but below Godzilla: King of the Monsters and Kong: Skull Island. But if I have to say the one element of this film that has honestly yet to be succeeded, it’s the grand ambition of being epic yet grounded, and most of that has to be thanks in large part to director Gareth Edwards.

Hot off the success of his indie monster movie Monsters, Edwards was brought on by Legendary to helm Godzilla (2014) and it’s clear one of his biggest inspirations was the 70s, Steven Spielberg. Think of the likes of Jaws and Close Encounters of the Third kind of being larger-than-life stories that still remain focused from the human perspective.

Edwards is one of the few directors in recent memories to capture the sheer scale of Godzilla and while the other filmmakers in the Monsterverse have come close, it’s hard to say they have as much impact as Godzilla (2014) does. In fact, the few recent kaiju films that capture the feeling of being small are Pacific Rim and Shin Godzilla.

It’s clear Edwards looked to the original Godzilla films for reference and used the method of shooting the monsters from a human perspective (ie on the ground and looking up) to achieve the sense of scale. The first appearance of Godzilla in Hanalulu is the best example of this sense of scale as (and this may sound cliche saying this) it truly made Godzilla feel like a force of nature.

The film’s tone is also the most unique among the Monsterverse as this is the darkest and most somber entry. With Edwards directing and composer Alexandre Desplat’s score, Godzilla (2014) presents itself as a very haunting film. Throughout the film, you get this sense of dread and mystery on what exactly is Godzilla and the MUTOs and it helps the film remain immersive.

It’s those elements of scale and tone that are the biggest strengths of Godzilla (2014) as the film suffers from two main elements: a weak protagonist and overindulging on teases. First, let’s get tackle the protagonist issue as while many have complained about the human cast of the Monsterverse, I will agree that Ford Brody is pretty bland, in-fact I argued he is the blandest of the franchise.

See while the quality of writing varies from film to film with the central characters of each Monsterverse film, at least almost all of them are played by very charismatic actors or have something going for them to keep one’s engagement. Unfortunately, I don’t know if it was the directing, the script, or lack of enthusiasm but Aaron Taylor-Johnson’s performance is stiffer than cardboard. What makes it even worse is that the film has a stellar supporting cast.

First off I agree with a lot of fellow fans that Brian Cranston’s character should’ve either been the main character or at least not killed off at the end of the first act. Cranston brought his A game for this film and his character motivation really kicked off the narrative, so killing off his character felt cheap and slightly boneheaded.

The rest of the cast is also very good compared to Taylor-Johnson. The standouts aside from Cranston are Ken Watanabe and Sally Hawkings. Watanabe especially made an almost iconic performance for kaiju fans for his character of Ishirō Serizawa. Not only it is very nice to have a major character of a US Godzilla film be of Japanese decent, but his performance elevates the film’s tone of just how grand Godzilla truly is. There is a reason his “Let them fight” speech is so iconic.

Another major issue that Godzilla (2014) sadly has is that it relies way too much on baiting and switching the Big G himself. Edwards seems to enjoy the buildup of Godzilla’s presence so much that he forgets that audiences need that pay off as well. Too many times we get awesome sequences of a build-up of Godzilla on his way to fight the MUTOs or what seems to be a major rampage set piece, only for the film to cut to the aftermath.

This I feel is why many accuse the film of barely having Godzilla in the film. While I disagree with that being a negative towards any Godzilla film as if one would look at other Godzilla films and will soon realize that Godzilla is barely in his own films; the issue stems from Godzilla (2014) essentially blue balling audiences of awesome Godzilla fights and really saving it to the end.

Aside from those two major issues, there is still a lot to really like about the film. While the film egregiously holds back a lot of Godzilla himself, there is still plenty of monster action with the MUTOs, and when we do get the see the Big G in action it is beyond spectacular. Much, much, much credit has to go to the artists behind the film’s effects and design work to craft one of the best versions of Godzilla as it is clear everyone in this film cares about this character.

Unlike the radically different version of Godzilla in the first US film back in 1998, Edwards and the dozens of artists Legendary employed very clearly wanted to stay true to the basic silhouette of Godzilla and yet modernized it. That level of care does resonate within the film and it truly helps keep one’s interest as a film that cares for itself goes a long way.

Looking back less than a decade later and while some issues have become more apparent on repeat viewings, I still enjoy Godzilla. It holds a special place in my heart as it helped reinvigorate my love for both this character and the kaiju franchise; it was the one-two punch of this and 2013’s Pacific Rim that in all honesty is what led to this recent kaiju boom. We’re happy to see the kaiju genre blossoming here in the United States and we look forward to what’s to come.

What did you think of our review for Godzilla? We’d love to hear what you thought of the film on social media!