Godzilla: Singular Point returns to the anime medium with a kaiju-size serving of hard science fiction! 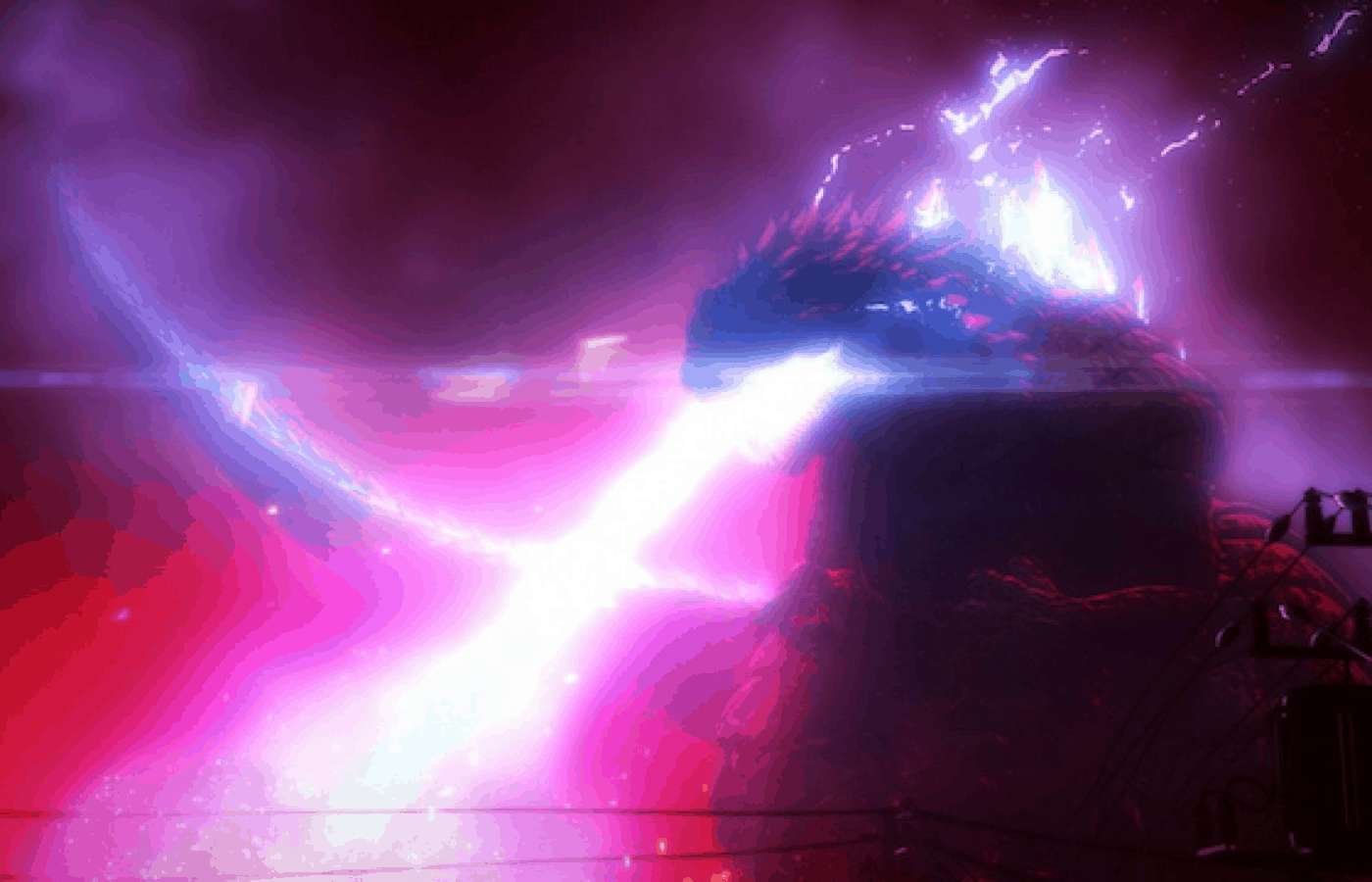 Godzilla returns to the world of anime with his newest Netflix anime series Godzilla: Singular Point. This time he’s bringing a kaiju-size serving of hard science fiction into the mix!

This year was a big year to be a kaiju fan! We had Godzilla vs. Kong earlier this year, several anime series such as Pacific Rim: The Black, SSSS.Dynazenon, and now Godzilla: Singular Point, has made its international debut on Netflix. With a rock star collaboration between Studio Bones (My Hero Academia, Fullmetal Alchemist: Brotherhood) and Orange (BEASTARS), this is one of the franchise’s most ambitious endeavors yet. It was quickly one of my most anticipated anime releases of 2021!

However, Godzilla’s last foray into the world of anime had me very underwhelmed with Polygon’s Godzilla Anime Trilogy, so does Godzilla: Singular Point prove Godzilla can work in the anime medium? The answer is a simple one: yes!

Godzilla: Singular Point follows two protagonists with the aloof engineer Yun Arikawa and the quirky graduate student Mei Kamino. They both investigate a mysterious song from an abandoned house that seems to resonate with some strange signal.

Soon after the “do-it-all” shop, Yun works for The Otaki Factory confronts the pterosaur kaiju Rodan with his eccentric boss Goro Otaki’s mecha Jet Jaguar. Meanwhile, with the help of her dog-themed AI Pero II, Mei is investigating a rabbit hole of pseudo-science based on an ancient prophecy centered on a cataclysm and a monster known as Godzilla.

It is not long until many monsters start to make their appearances, such as more Rodans, the armored Anguirius, the spider-like Kumonga, the ape/reptile Salunga (in his debut appearance), the sea serpent Manda, and of course Godzilla himself!

If one thing that can be described for the plot of Godzilla: Singular Point is that it is dense. Writer Toh EnJoe was brought on as a scientific consultant, which eventually led him to entirely write the story of the series. He definitely uses his scientific background to give us one of the most science-heavy Godzilla stories yet.

Since his inception, Godzilla has always had a strong relationship with science fiction, but this time, science is front and center, and it is very theoretical! The series talks about ideas of alternate realities, the possibility of seeing the future, time displacement, and even the science of miracles. Unfortunately, this leads to one point of contention of the series amongst viewers: the science babble.

A lot of thought went to many of the high concept pseudo-sciences the series deals with. Still, it reaches a point that the dialogue gets caught up in the science babble that at times one can get lost in what exactly the characters are talking about, and it simply flies over my head. This definitely hurts the kaiju narrative as it almost seems the kaiju just appear without any feasible explanation and can be jarring for viewers.

Luckily the writing also benefits in both the pacing and characterization of our ensemble cast. For only 13 episodes, Godzilla: Singular Point felt like a very breezy watch, and at no point, I felt bored. All the main characters are loveable oddballs that have endeared into my hearts as some of my favorite human characters in a Godzilla story.

One praise has to go to Godzilla: Singular Point’s dub of the series as not only it has an all-star cast such as Johnny Yong Bosch (best known as Ichigo from Bleach), Erika Harlacher (best known as Ann Takamaki from Persona 5), and Cassandra Lee Morris (best known as Kyubey from Puella Magi Modaka Magica) to name a few.

Combining the very talented dub and character writing made all these characters incredibly endearing, with Mei Kamina and Goro Otaki being significant highlights for me. Character designer Kazue Kato (the manga creator behind Blue Excorcist) brings his usual charm, which is strengthened by Bones’ ever-impressive animation team. Seriously Mei is such a pausable character with her cute and wacky faces.

As for the kaiju themselves, they definitely steal the show! Designed by Studio Ghibli animator Eiji Yamamori, each kaiju gets time to shine and very much takes advantage of the medium of anime. At first, I was hesitant of them being 3D animation as not only was I burned by the Godzilla Anime Trilogy, but I was of all things getting flashbacks to my middle school days with the Dinosaur King franchise. However, Studio Orange proves 3D anime can be done well as all the kaiju feel alive and have a significant presence.

From subtle animalistic movements like Rodan clumsily landing on a building to the sheer badassness of our lord and savior Jet Jaguar, all of the kaiju feel like real creatures, and it is fun seeing some more obscure monsters like Manda getting a new time to shine. One of my favorite kaiju moments was Otaki Factory vs. Anguirius that blended the strengths of Bones and Orange’s animation with one of the most remarkable action set pieces.

But we can’t talk about a Godzilla series without talking about the big guy himself, and wow, this may be one of my new favorites. This version of Godzilla takes many cues from past versions such as Shin Godzilla and the MonsterVerse. This one of the most apocalyptic interpretations of the character.

Like Shin, he undergoes many forms, but this time all of our other Toho monsters are involved. Godzilla’s first form, Aquatilis based on Titanosaursu, his second Amphibia based on Varan, the third Terrestris on Gorosaurus, and his final form Ultima being the Godzilla we all know and love.

While some may be turned off that Godzilla doesn’t truly make his presence known until a few episodes in, it’s clear it was intended to build him up, as in every scene he’s in, there’s a level of awe and terror. The final battle against Jet Jaguar was peak anime, and I loved every second of it! Godzilla also highlights the excellent score, Kan Sawada, from the beautiful folk theme ALAPU UPALA to a new rendition of Godzilla’s theme that rivals Bear McCreary’s own performance from Godzilla: King of the Monsters.

The King Of The Monsters Rules Over Anime

Godzilla: Singular Point may get lost in its own ideas, but it has so much confidence and raw talent that I simply just love it. It feels like a return of the earnest weirdness from 70s era Godzilla films such as Godzilla vs. Mechagodzilla. Still, it updates it with modern anime sensibilities that take advantage of the medium’s strength.

Though not for everyone, I recommend giving it a chance as we now live in an era that shows how versatile Godzilla is as a character and why he has endured for over 65 years. Also, the post-credit scene left so much opportunity for a Godzilla: Singular Point season 2!