Ever since their first brawl in 1962's classic King Kong vs. Godzilla, fans of the two cinematic titans have been eager to see these two have a rematch for nearly 60s years. 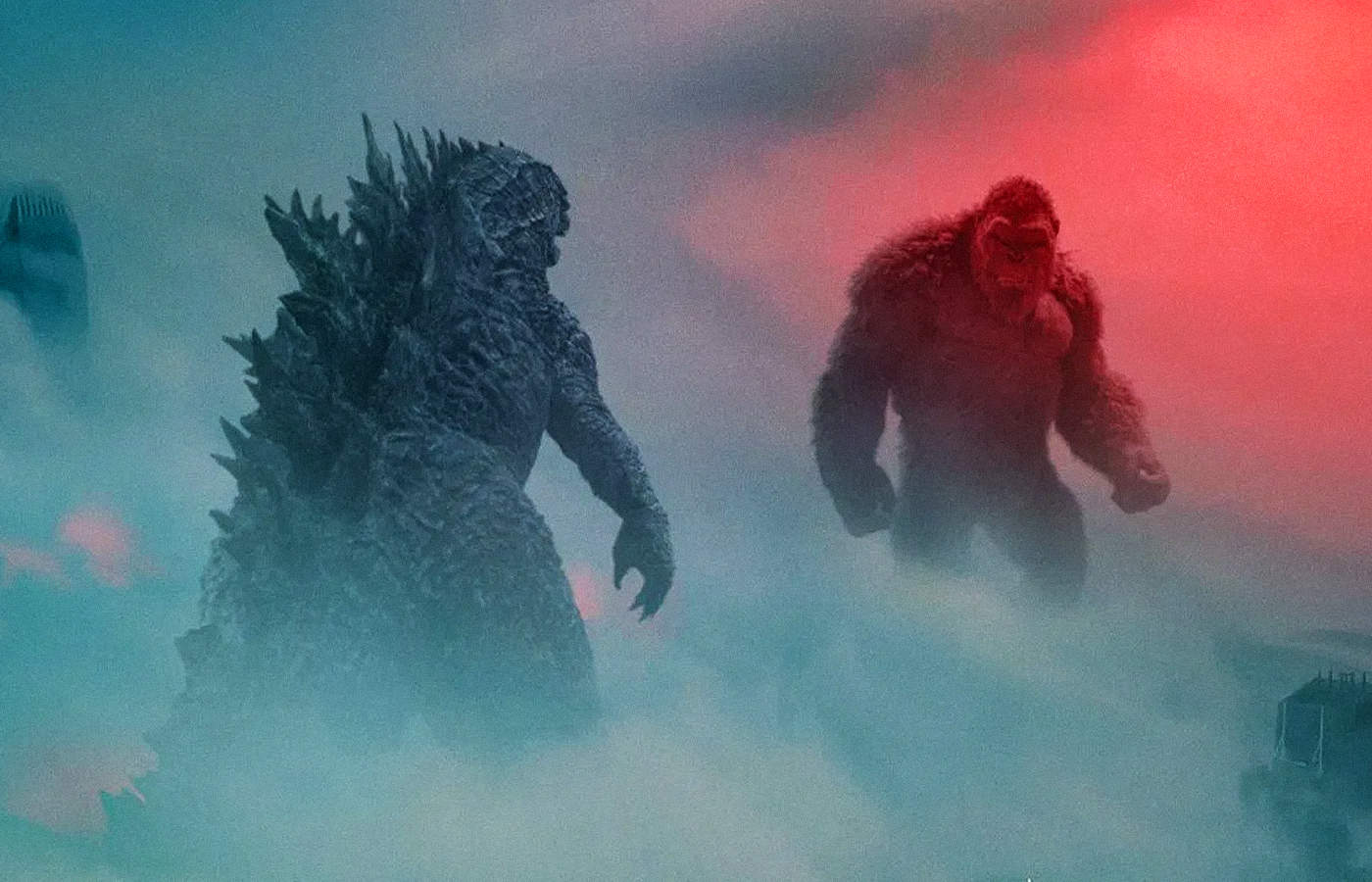 A literal heavy-weight rematch for the modern age! Who will come out on top?

After many delays and concerns about the film’s release, we kaiju fans have finally be graced with the release of the fourth entry in Legendary’s Monsterverse with this year’s Godzilla vs. Kong. Ever since their first brawl in 1962’s classic King Kong vs. Godzilla, fans of the two cinematic titans have been eager to see these two have a rematch for nearly 60s years.

It’s almost unreal that this film exists. To see Godzilla and Kong battle each other again with today’s multi-million dollar blockbuster effects, but the question remains – does the film live up to its hype? The most significant match-up Legendary has been teasing since they alluded to it in 2016’s Kong: Skull Island. The answer is very simple: YES!

The film follows a team within the mysterious Monarch organization. The group consisting of Dr. Ilene Andrews (Rebecca Hall), Dr. Nathan Lind (Alexander Skarsgård), and the young Jia (Kaylee Hottle) who must find a new home for Kong after they realize he is getting too uncontainable on Skull Island. This is worsened by Godzilla seemingly turning against humanity. Returning from Godzilla: King of the Monsters, Maddison Russell (Millie Bobbi Brown), believes something is agitating the colossal titan. She then teams up with her friend Josh Valentine (Julian Dennison) and conspiracy theorist/podcaster Bernie Hayes (Brian Tyree Henry).

But with Godzilla and Kong inevitably heading towards a collision course, both parties realize an actual conspiracy is afoot. The company aiding Kong’s “relocation” Apex Cybernetics, maybe have sinister motives for both Godzilla and Kong, with their eyes set at the nucleus of the Titans: The Hollow Earth.

The biggest strength of Godzilla vs. Kong is it’s essentially a victory lap for the Monsterverse. Like Marvel’s Avengers films, the film’s purpose is to give fans what they want: Godzilla battling Kong. And the film delivers as it pays off many story threads of the lore of the Monstserverse that were introduced all the way back in Godzilla (2014).

Godzilla vs. Kong moves at a very efficient pace that, while it may be a bit too fast at times, the film is very lean and not too fatty or bloated. Overall, the human cast is delightful, with Kaylee Hottle and Brian Tyree Henry’s performances being a standout with heart and humor.

But the film truly excels at is with the title kaiju Godzilla and Kong. Aside from the very restrained Godzilla (2014), the Monsterverse has progressively given so much love and reverence to these iconic monsters, and we get to see them in full and unchained. It’s clear director Adam Wingard has a passion for both monsters and the more outlandish lore of many giant monster films, and we are shown that unfiltered and unashamed.

From seeing Godzilla and Kong duke it out on a battleship to experiencing ancient Hollow Earth ruins, akin to something from a Doug McClure film a la At The Earth’s Core. Godzilla vs. Kong brings us a type of film that blends the best elements of the Showa era Toho films, Jules Verne, and pulpy weird fiction stories.

The fights the film is hinging on for its central premise, the promise is fulfilled, and then some. While it seems the criticism of Michael Dougherty’s last film was way too over-exaggerated of being “too dark,” one can’t deny these are some of the best fights in the Monsterverse. Arguably some of the best effects-heavy films from modern Hollywood.

Wingard made both Godzilla and Kong full-blown characters, and as such, the fights actually have an emotional weight to them, something we haven’t seen since the classic Toho films. And the third act in Hong Kong is just pure kaiju bliss.

A Foul In The Ring

While Godzilla vs. Kong has some powerful muscles on its bones, some places were left neglected. The human antagonists Walter Simmons (Demián Bichir) and Ren Serizawa (Shun Oguri) were underwhelming. Ren Serizawa was especially egregious as aside from his name connections to his father, Dr. Ishiro Serizawa (Ken Watanabe), who dies in Godzilla: King of the Monsters, his motivation is nonexistent and might as well been a goon for Simmons.

In fact, one thing that can be seen as a negative is this film, in a way, acts more of a sequel to Kong: Skull Island that guest stars Godzilla. In fairness, Godzilla has two solo movies in the Monsterverse under his belt, while Kong only has his debut film, so Kong deserves more story as we haven’t seen him in a hot minute, but in this kind of film, some equal love to Godzilla is warranted.

And while the film’s pacing overall is a benefit, the very end of the third act felt very rushed and left some of the story threads hanging a bit. Lastly, while Junkie XL’s soundtrack was serviceable, the fantastic score by Bear McCreary from Godzilla: King of the Monsters is very much missed.

While it’s sad this may be the final entry in the Monsterverse unless Legendary and Toho breathes new life into this world, Godzilla vs. Kong as a sendoff works overall. Legendary managed to craft a tremendous cinematic universe with Adam Wingard delivering on the promise of giving us the most excellent WWE match of all time!

As someone who grew up with Godzilla and Kong, the fact we get to see two of pop culture’s most influential movie monsters face off one more time was impossible to fail. While there were some hiccups during the journey, Godzilla vs. Kong was a fantastic journey, and let us hope we get to see them again in the future!

Godzilla vs. Kong is now playing in theatres and streaming exclusively on HBO Max.