Check out the highlights and major reveals in the Godzilla vs. Kong trailer! 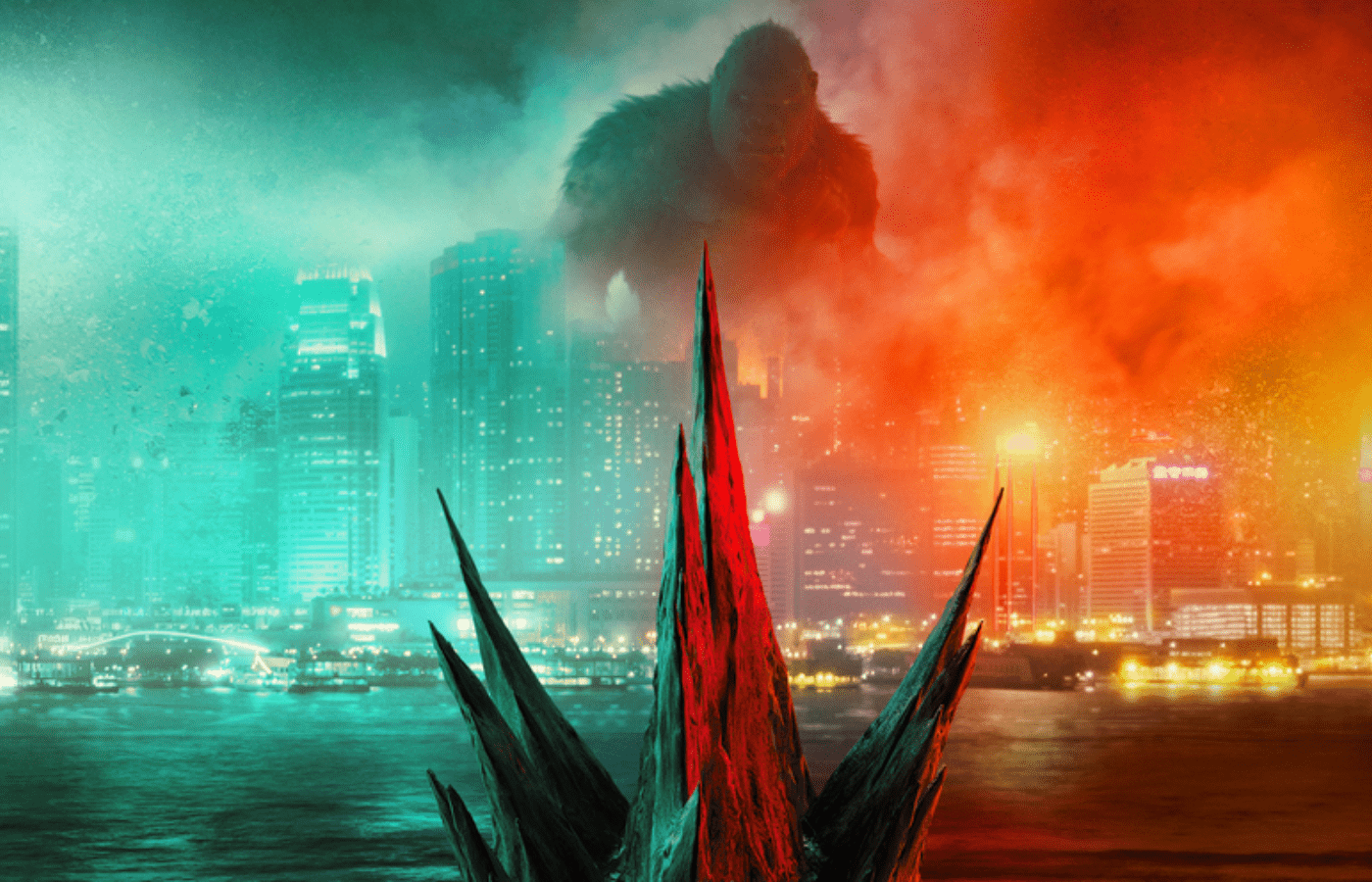 Let’s breakdown the major reveals in the first Godzilla vs. Kong trailer!

At long last, after several delays due to both film competition and the Covid-19 pandemic, we kaiju fans have finally gotten the Godzilla vs. Kong trailer! Now that we have gotten more than five seconds of footage of Legendary’s upcoming fourth entry in their Monsterverse series, there is plenty to unpack! So let’s highlight the major reveals in the Godzilla vs. Kong trailer!

So as seen in the trailer, Kong has not only gotten a lot bigger since Kong: Skull Island (they did clarify Kong is still growing when we first saw him in 2017) but he also seems to have developed a close connection with a young girl. It is unknown if she is a native of Skull Island or another unlucky survivor who was stranded on the island. What we do know is she seems to play a significant role in both Kong’s character and the film’s overall story. It’s definitely something new for Kong who has traditionally had a fondness for blonde adult women (which is a great change of pace for the eighth wonder).

In fact, the idea of a giant ape having an emotional connection to a young girl seems to resonate something akin to Mighty Joe Young (which Kong co-creators Ernest B. Schoedsack, Merian C. Cooper, and Willis O’Brien have worked on). Either way, this is definitely a welcome change for the big ape as Kong seems to be more of the protagonistic kaiju as seen in the trailer if the next reveal is any indication.

So another thing that has caught many people’s attention in the Godzilla vs. Kong trailer is that it seems the King of the Monsters himself is taking an antagonistic role in the film. While this fitted the Big G’s character in the original 1962 King Kong vs. Godzilla, it feels out of nowhere here given that Godzilla was predominantly a heroic kaiju in both 2014’s Godzilla and 2019’s Godzilla: King of the Monsters.

Well, the question seems to be a major focus of the central conflict of the film as many characters have noted Godzilla’s sudden aggression towards humanity with Millie Bobby Brown’s character Madison Russell seems to be on a warpath investigating the reasoning behind Godzilla’s wrath. Already fans are coming up with their own theories behind this mystery with some thinking it involves a certain SPOILER we’ll discuss later in the article.

Either way, it’s strangely exciting to see a major Hollywood studio showcasing a rampaging Godzilla attacking the military and laying waste to cities, something many G-Fans have dreamed of since we were children! Also, if director Adam Wingard is taking cues from the 1962 Toho classic, then he wins extra points in the kaiju department!

So it looks like Kong and Godzilla are going to face off with other kaiju besides [SPOILER]. One scene shows Kong facing off against flying serpent-like Titans called Warbats/Nozuki (which were first revealed via Playmates’ tie-in toys) in a badass scene that invokes a certain internet meme.

Another scene shows Kong in the mysterious Hollow Earth surrounded by what appears to be smaller versions of the bat-like Titan Camazotz, who is set the make a major appearance in Kong’s prequel tie-in comic for the film. So no matter how majorly these new titans will play in the film or whether or not we’ll see any returning Titans (ie Rodan or the Skullcrawlers), it is safe to say this film is gonna satisfy the monster fanatic in all of us!

Along with taking cues from the classic films from the respective title monsters, Legendary’s Monsterverse has taken cues from the “Hollow Earth” tropes seen in classic works such as Jules Verne’s Journey To The Center Of The Earth. While this plot point has been mentioned in other entries of the Monsterverse, the Godzilla vs. Kong trailer promises to explore more behind the mythology of the Hollow Earth and the Titans.

It’s noteworthy that it looks like Kong is taking an almost spiritual journey exploring his species’ history with the bloody handprint and a later shot of Kong confronting the Camazotzs. In this shot, Kong stands in what looks like a fiery mural of Godzilla, where he’ll possibly get the almost iconic ax that we have been seeing him wield in the film’s marketing. So, with the visuals and Rebecca Hall’s character Ilene Andrews stating that the war between Godzilla and Kong’s species is ancient history, it looks like this film is gonna be a feast for lore hunters.

Before we dive into the final major and SPOILER reveal of the Godzilla vs. Kong trailer, let’s just admire how gorgeous the film looks! Here are a few of some of the trailer’s breathtaking shots!

Now that we’ve finished gushing over the visual feast, this is your last chance to click out if you wanna avoid spoilers. It’s the final reveal we’ll be discussing.

So sometime last year, there was a major leak of Playmates’ Godzilla vs. Kong that showed off a certain classic Toho kaiju that seems to be behind the central conflict with both Godzilla and Kong. Then came the announcement of Shun Oguri being cast as Ren Serizawa, son of Doctor Serizawa (Ken Watanabe) who we last saw sacrificing himself to save Godzilla in Godzilla: King of the Monsters. Ren seems to play an antagonistic role as part of the new organization called APEX, which was created to oppose Monarch. It seems that APEX is a third hand manipulating events behind the scenes.

And this all appeared in a few quick but massive reveals where it seems 100% confirmed that the true antagonist of Godzilla vs. Kong is none other than the mechanical doppelgänger to the King of the Monsters: Mechagodzilla!

Yep, the toy leaks showed off what looks like a silver Godzilla-esque entity and even the most casual fans seemed to realize that silver Godzilla equals Mechagodzilla, one of the most reoccurring and popular Godzilla characters. Mechagodzilla is part of Toho’s “big five,” which also includes Godzilla, Mothra, King Ghidorah, and Rodan. Seeing the robot double in the Monsterverse was almost an inevitability.

So with a major mystery of the film being Godzilla’s sudden aggression, it seems APEX and Mechagodzilla are the catalysts behind it. Could it be the film is paying tribute to the original Godzilla vs. Mechagodzilla (1974) with Mechagodzilla framing Godzilla in some sort of disguise? Or is it the fact of Mechagodzilla’s mere presence setting Godzilla over the edge with the idea of humanity making their own “Titan?” Who’s to say?

Then there’s another detail. If the film’s casting as shown on IMDB is to be believed with some of the cast members labeled as “APEX Cybernetics,” it’s possible Mechagodzilla may not fully mechanical. So is Mechagodzilla made from a dead Godzilla like the Millennium version for the character? Remember the skeletal remains of another individual of Godzilla’s species seen in Godzilla (2014) and the graphic novel Godzilla: Aftershock? Some food for thought.

If Adam Wingard is to be believed, this trailer is just the tip of a colossal iceberg. There’s still a whole lot left to be answered and we eagerly await the final film! And after months of waiting to the point of being a meme amongst kaiju fans, it’s safe to say the Godzilla vs. Kong trailer did not disappoint!

Godzilla vs. Kong is set to be released in both theatres and HBO Max on March 26th, 2021