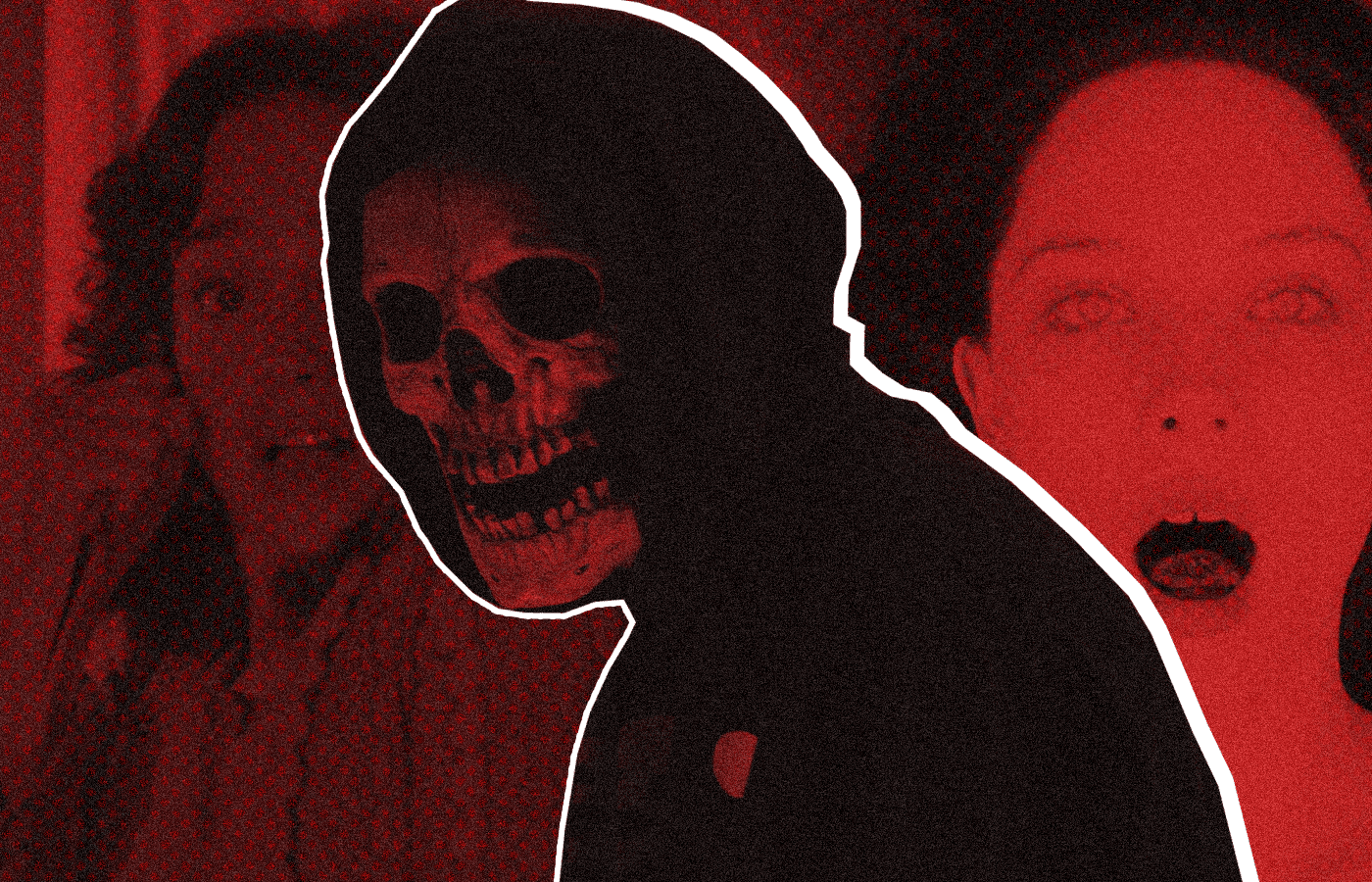 Double, double toil and trouble; fire burn and cauldron bubble! Witches in film are prominent, they span across black and white classics to modern-day arthouse cinema. We gathered up all the nosey children we could find, set the caldron to a ripping boil, and now it’s time to settle on a movie to enjoy dinner with. Say goodbye to Kansas because today we’re discussing our favorite witch horror movies! Let us know if your favorite made it on our list or if we missed it on social media.

The Witch stars Ralph Ineson, Anya Taylor-Joy, and Kate Dickie. It was directed and written by Robert Eggers. The film was distributed by A24. After being banished from their town, a family begins to homestead a new life at the edge of the woods. After a series of disappearances and mysterious happenings, the very religious family believes that they are being hunted by a witch.

The Witch was one of the more controversial film releases in recent years. When it was released to audiences everywhere, the reception was incredibly divided. You’ll probably find now that most die-hard horror movie fans will pledge their loyalty to this Robert Eggers contemporary classic. The film is naturally lit, stark, vexing, and is a must-watch for anyone wanting a witch horror movie.

Gretel & Hansel stars Sophia Lillis, Sam Leakey, and Alice Krige. The film is directed by Oz Perkins and written by Rob Hayes. It is based on the classic fairy tale story Hansel and Gretel by The Brothers Grimm. We all know the story. Two siblings go out into the woods and stumble upon a house with awesome food and a kind old woman. However, everything isn’t what it seems. Gretel & Hansel takes a modern dark fantasy spin on the classic children’s story.

This adaptation is quite unlike any other. It was a silent hitter of 2020 and it deserved way more love. The cinematography is brilliant, the score incredible, and the story is unexpected in some of the best ways.

Both films are brilliant expressions of art and for different reasons. If you’re looking for neon-drenched, Giallo-inspired goodness then Argento’s Suspiria is your go-to. If you want muted earth tones, with brutal violence then Guadagnino’s Suspiria is your best bet. Both iterations are brilliant and can be appreciated for a multitude of things. We recommend watching the original than the remake!

The Craft is directed by Andrew Fleming and written by Fleming and Peter Filardi. The film stars Robin Tunney, Fairuza Balk, and Neve Campbell. The film follows a new student at a Catholic prep high school who falls in with a trio of misfit teenage girls who practice witchcraft, and they all soon conjure up various spells and curses against those who anger them. The Craft is if the characters in Mean Girls had evil powers and we’re here for it.

Scary Stories To Tell in the Dark is directed by André Øvredal and written by Dan Hageman, Kevin Hageman, and Guillermo del Toro. The film stars Zoe Margaret Colletti, Michael Garza, and Gabriel Rush. Scary Stories To Tell in the Dark takes place on Halloween 1968, Stella and her two friends meet a mysterious drifter, Ramón, and uncover a sinister notebook of stories. At the center of this nightmarish children’s book adaptation is a witch orchestrating the whole affair. But why?

The Fear Street Trilogy is a Netflix exclusive directed by Leigh Janiak. Taking place across three different years, this witchy horror trilogy all converge in reverse chronological order. The whole trilogy is a great love letter to various years and styles of horror films.

The Witches is directed by Nicolas Roeg and written by Allan Scott. The film is based on the Roald Dahl story of the same name. The film stars Anjelica Huston, Mai Zetterling, and Jasen Fisher. The Witches is perhaps the most terrifying kids film ever made, and it’s for that reason it’s on our list of best witch horror movies. The film follows a young boy who stumbles onto a witch convention and must stop them, even after he has been turned into a mouse.

The Pale Door is directed by Aaron B. Koontz and written by Koontz, Cameron Burns, and Keith Lansdale. The film stars James Landry Herbert, Melora Walters, Zachary Knighton. The film follows a train robbery that goes bad, two brothers leading a gang of cowboys must survive the night in a ghost town inhabited by a coven of witches.

The Blair Witch Project is directed by Daniel Myrick and Eduardo Sánchez. The film was written by Daniel Myrick, Eduardo Sánchez, and Heather Donahue. The film follows three film students who vanish after traveling into a Maryland forest to film a documentary on the local Blair Witch legend, leaving only their footage behind. The Blair Witch project is the pinnacle of witch horror films. It’s slow, disturbing, and just too quiet. If this found footage classic hasn’t made it to your Letterboxd yet, today is the day!

Rosemary’s Baby is written and directed by Roman Polanski. The film stars Mia Farrow, John Cassavetes, and Ruth Gordon. The film follows a young couple trying for a baby as they move into an aging, ornate apartment building on Central Park West, but find themselves surrounded by peculiar neighbors. This was the Satanic Panic film at its finest. If you haven’t watched this certified horror classic, I won’t spoil it for you but it is essential viewing.

The Autopsy of Jane Doe is directed by Scary Stories To Tell in the Dark alumni André Øvredal. The film follows a father and son, who are both coroners. They are pulled into a complex mystery while attempting to identify the body of a young woman, who was apparently harboring dark secrets…

What Are Your Favorite Witch Horror Movies?

From witches that kidnap children to those trying to bring about the apocalypse itself, there are plenty of options for every movie-goer. We hope you enjoyed our list of the best witch horror movies. Did you discover any spellbinding favorites, or maybe we missed one? Let us know on social media!