“I have my own power to nurture,” she soliloquies in the finale of Gretel & Hansel, “I'll help it to grow and trust that I'll know what to do with it.” 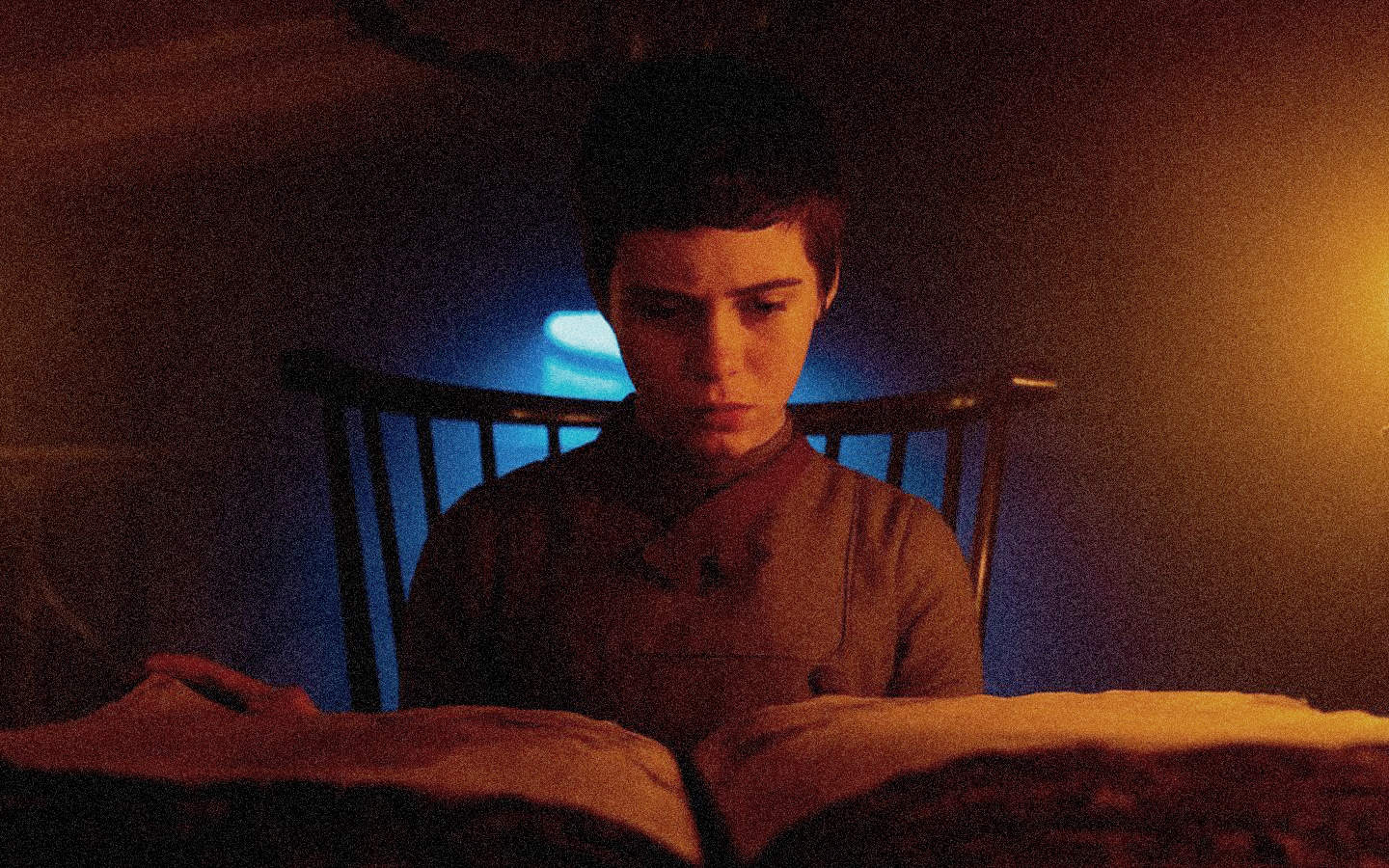 “I have my own power to nurture,” she soliloquies in the finale of Gretel & Hansel, “I’ll help it to grow and trust that I’ll know what to do with it.”

Throughout centuries of folklore, women and Satan seem to have become inextricably tied to one another. Even the fabled first lady to walk the Earth, Lilith, serves in the Dark Lord’s dominion. Why? Because she didn’t want to live submissively in Adam’s shadow.  Originally a tool to suppress women’s liberation (see the Salem Witch Trials), storybook women like Lilith have been repurposed in modern culture as heroes of feminism.

Contemporary horrors such as The Witch, 2018’s Suspiria, The Chilling Adventures of Sabrina, or Osgood Perkins‘ The Blackcoat’s Daughter explore the role of the demonic in women’s freedom. Perkins strikes again with his sharp children’s horror Gretel & Hansel, wrestling with women’s societal role and inherent power through contrasting imagery and relationships between Gretel, her brother Hansel, and the mysterious wood witch, Holda.

In one of the film’s early monologues, Gretel curses fairytales and their damsels. Rather than wait for her prince, this heroine is ready to write her own tale; however, Gretel acknowledges that she isn’t completely alone on her path. She claims Hansel is her prince. Much like Adam and Eve, the titular characters’ journey hinges on Hansel’s desires. After being expelled from their home, their goal is to seek employment with a nearby logging operation. A woodsman informs them that Hansel will find easy acceptance and will be taught the ways of the ax, while Gretel can be put to homely tasks or perhaps the men might find a better use for her womanhood.

By the whims of fate, this super appealing prospect is deterred when they find a mysterious cabin in the woods. Within that cabin lives Holda, who is more than happy to spit some sick burns in response to Hansel’s culturally trained misogyny. Like when Gretel and her brother sit down for a game of chess, Hansel giggles over the queen’s nudity. Holda, not taking any bullshit, K.O.s him by proverbializing that the king rightfully fears her “because the queen can do whatever she wants.”

Later, when the children are pigging out on the witch’s feast, Hansel mocks Gretel for refusing meat in lieu of more vegetables. He spouts that while she’s busy eating her girly veggies, he’ll become strong like an ox. “She’ll grow strong enough, just as the ox with his vegetable-made bones pulls the cart and the fat man who sits atop it,” Holda responds, metaphorically scalding Hansel’s masculinity.

Throughout the film, Gretel discovers a power that had been lying dormant within her. As she strengthens her mystic craft, Hansel trains in his worldly one. In a particularly striking scene, Gretel is drawn into the woods by her newfound sensation. She gestures to a large tree and it bows toward her, extending a branch in response. Throughout the film, this is contrasted by numerous cutscenes of Hansel bashing into trunks, belligerently swinging his virile ax. The two become wary of one another as it becomes increasingly clear their desires, and their freedoms to pursue them, require very separate paths. Holda advises that she must rid herself of Hansel in order to embrace her abilities – calling him Gretel’s poison. “He’ll soon come to fear you, as all men should if they’re smart,” she says and adds that fear easily morphs into hatred.

While Gretel & Hansel sets its table with the divergent powers of men and women and the folly in allowing one to snuff out the other, the film truly feasts on its more complex relationship: that of Gretel and Holda. Exiled because of her own poison, a murderous daughter, the witch is a child of a much older generation than Gretel. Holda admires Gretel’s youth and is jealous that her story is still in its infancy. The film is set in a vaguely medieval time but is brazenly modern in style and presentation. Holda tries to gatekeep Gretel’s womanhood by restricting it to the ways of her outdated worldview; however, Gretel’s youthful magic mirrors the contemporary vibrancy of Gretel & Hansel – her outlook is far more twenty-first century.

Early on in the film, Gretel expresses her primary belief, her driving moral: “Beware of gifts, beware those who give them, and beware those who are all too happy to take them,” adding that gifts are never given without something being taken in exchange. As Gretel becomes a witch in her own right, she begins to wonder what she must give in order to grow and, by extension, what Holda has already traded. Holda’s vulnerability, her poison, was her jealousy – her craving for the beauty, youth, and exceptional abilities of her daughter. How could she thrive in her child’s shadow?

The solution is minor in comparison to the thirst – to make her poison delicious and grow her tolerance. Holda devours defenseless children, her exchange with the giver of power, who is never expressly named, but consider Persephone, who chose dominion at the side of Hades in exchange for her nature magic (not to mention a sumptuous dinner). Satan has long been the proprietor of witchly ability and Holda’s signature is a likely feature in his book. But just like the current iteration of Sabrina Spellman, Gretel is not eager to follow suit and sell her soul.

From the film’s start, Holda’s mantra is to be brave and trust the darkness. She believes her spellcraft is indebted to a larger force than herself. Gretel is less convinced. “I have my own power to nurture,” she soliloquies in the film’s finale, “I’ll help it to grow and trust that I’ll know what to do with it.” Gretel’s selection lies within herself. Instead of consuming her poison, she chooses to release Hansel to write his story as well. Refusing to submit to darkness, she conjures her womanhood by letting it thrive in the light.

The film’s stance is clear – question the restrictions imposed by tradition, sacrifice your independence for no one, and believe in your own power. But rather than throwing the baby out with the bathwater, Gretel invokes Holda’s teachings within her own, choosing herself over darkness. Gretel & Hansel’s final axiom:

“I am brave, and I will trust myself.”

Parker is a horror-obsessed freelance journalist, dancer, and Pilates instructor based out of NYC. He hosts the What’s Your Favorite Scary Movie podcast (@scarymoviepod) with two horror virgins and his cat, Hotdog. Parker can quote every line from Scream and thinks Evil Dead (2013) is better than the original.