Everyone Wants A Piece Of The Jilly Bean 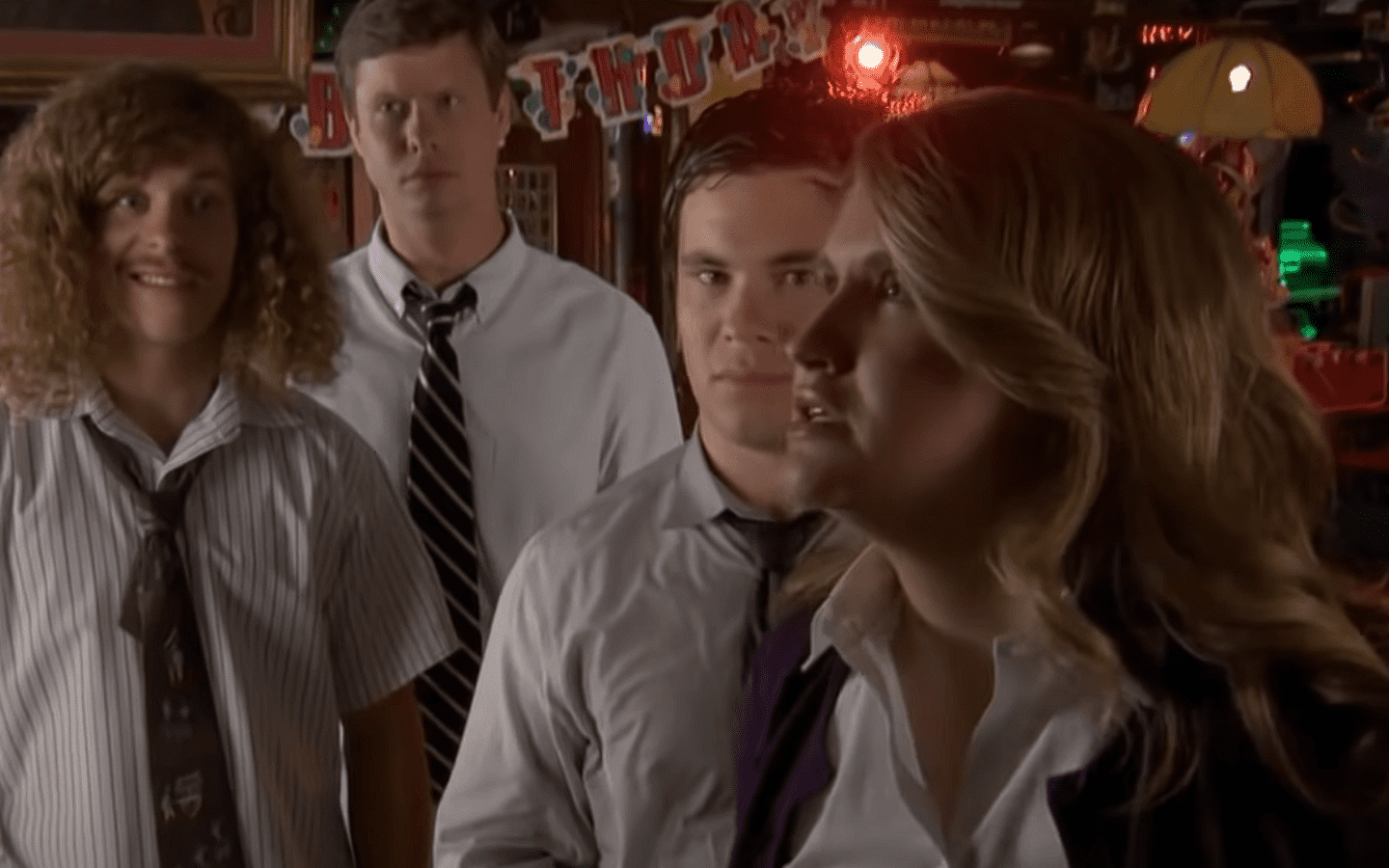 Jillian is one of the best characters on Workaholics. She comes off as Alice’s straight-laced teacher’s pet. However, Jillian is prone to angry outbursts, violence, and other forms of badassery. You never know what is going to happen with her.

She is a very protective mama bear over her friends and Alice. No one screws with Jillian and gets away with it…except for almost everyone. The hilarious Jillian Bell absolutely kills it in this role.

Today I want to go over my favorite Jillian moments from Comedy Central’s Workaholics. If I missed any of your favorite moments, let us know on social media. Enjoy!

Blake And Jillian Adopt A Cat

“I want you to be a good daddy, not some whore-mongering night owl!” – Jillian

This episode is an excellent play on the ‘non-dating characters act like they’re married’ trope. After Blake and Jillian adopt a cat together, Jillian takes on the role of the overprotective mother and Blake plays the absentee easy-going father. This may be the best version of this trope since Spongebob and Patrick.

“I watched the entire season through a window at Circuit City.” – Jillian

There are many great things about this clip. First off, we get to see Ders rapping. For those who don’t know, before the boys were known as Workaholics, they were a comedy team called Mail Order Comedy. They were also a fantasy-based hip hop group called The Wizards. Any time we see them rapping on Workaholics is a win.

We also get to see Alice and Jillian back when they were still ‘young and fun’. Alice is getting dropped off by Sugar Ray’s Mark McGrath. Jillian is selling weed behind the building. She and Alice even ‘Schmookajay’.

“They both want a piece of the Jilly Bean.” – Jillian

Jillian gets fed up with Alice being mean to her all the time, and she decides that she wants to be the mean one for once. This involves her pitting Ghostman and Bill against each other. In hilarious fashion, the two men end up in a grapple lock of twisting each other nuts. What an afternoon.

Jillian Is The Manager For The Day

“Hey Blake, be honest, what is it about me that no one respects? Is it my hair?” – Jillian

Alice goes home sick for the day, leaving Jillian in charge. However, no one respects Jillian and everyone disobeys her. Everyone feels that they can walk all over Jillian because of her normal demeanor. Do these people not realize what she is capable of?

Montez is having a pool party. Jillian wants to use the opportunity to try out some prop comedy on the kids. In an inappropriate fashion, her comedy bit for the children involves using a wig for pubic hair. I mean, I thought it was funny, just not appropriate for kids.

Jillian Stands Up For The Boys At Karaoke

“Try that again, and this is going to happen to your dick!” – Jillian

This is one of Jillian’s best freakouts. After the boys are being harassed by an Alice In Chains fan at Karaoke, Jillian decides to step in and take control of the situation.

What Is Your Favorite Jillian Moment From Workaholics?

I hope you enjoyed our list of the best Jillian moments from Workaholics. Did we miss any of your favorites? Let us know on social media!

Workaholics was a sitcom created by Anders Holm, Kyle Newacheck, Adam Devine, and Blake Anderson. The show revolved around three twenty-something stoners that work for a telemarketing agency. It ran for seven seasons between 2011 and 2017.