Have you ever wanted to start a comic book collection? Here is everything you need to get started collecting comics. 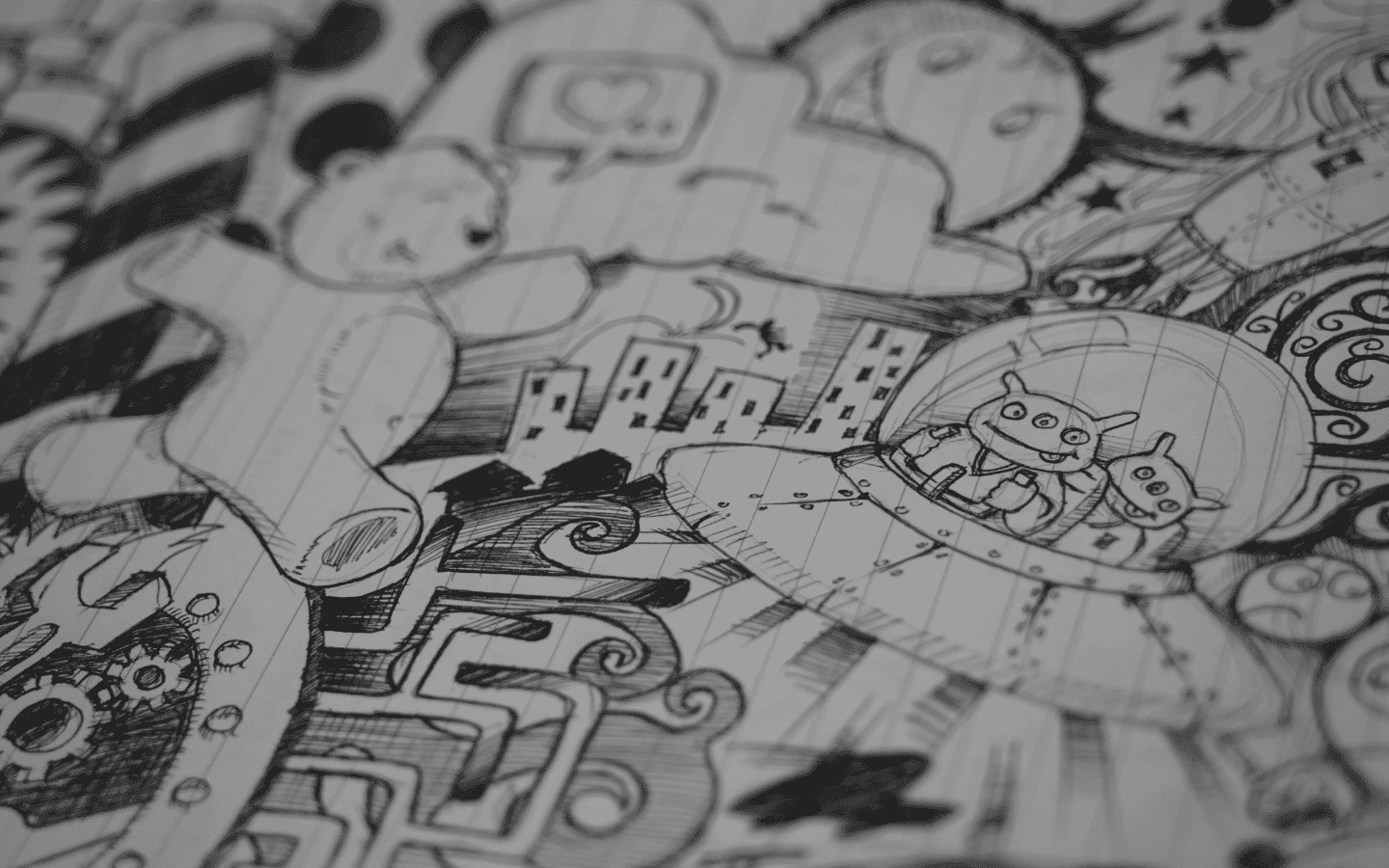 Starting a comic book collection can be an overwhelming process. There are so many forms of comic books, including issues, trade paperbacks, and collected editions. There are many ways to buy comics, such as print, digital, and webcomics.

When it comes to collecting comic books, it can be hard to know where to start. In this article, I will be discussing the main aspects of collecting comics. There are a lot of variables to take into account when determining how to structure your collection. We want reading comics to be a fun and easy experience for you!

Up until the past few decades we have only had access to physical copies of comic books. Much like regular books, our society’s increased technology allows us to purchase digital versions of the comic. There are advantages to each type, and our purchases will often rely on our preferences and our budget.

Some people just like the feel of paper comics. There is a certain aesthetic experience when it comes to holding the pages in our hands. Comics are printed on different types of paper or have pop-outs and other features that do not translate to digital.

On the other hand, digital comics can be more convenient for people on the go. They also take up less space in our habitat. Digital comics can also have better sales and prices due to decreased overhead costs.

Another perk of digital comics is the newer technology of panel view. Certain comic book readers can automatically zoom in to a single panel. This keeps our wandering eyes from glancing over at the next page. We can’t accidentally see what is coming next.

Also, there are many new creators that cannot afford to print a lot of copies of their books. The internet is a great resource for independent and webcomics. Many comic creators are skipping the printing process and going for digital-only releases.

Issues Vs Trade Paperbacks Vs Collections

Comic books come in many forms. Typically, they come in three main types: issues, trade paperbacks and collections (such as omnibuses and compendiums). Each form of comic book collection has its own pros and cons.

Issues cost the most, but we get them a lot faster. Many comics come out on a weekly or monthly basis. We can read single issues the day they come out. Those who prefer trade paperbacks or collected editions will have to wait months or years before getting their copies.

Single issues can also have variant covers, or special issues that are fun to collect. One downside to single issues is that they are usually filled with advertisements. This is especially true for comics made by DC and Marvel.

Trade paperbacks come out less often, but more often than collected editions. They typically have fewer advertisements than single issues of comics. Many trade paperbacks also have art galleries in the back that show the many variant covers of the arc in question.

Collections can vary but often cost the least compared to both single issues and trade paperbacks. The drawback is that these collections can be bulky. I have seen comic collections bigger than phone books. However, they do look great on your bookshelf.

For example, we will take a look at The Walking Dead. A typical issue of The Walking Dead costs .99. We can buy an issue of the comic every month. Trade paperbacks cost about fifteen dollars and typically contain six issues.

This costs about $2.50 per issue. Compendiums cost about forty-five dollars and contain roughly fifty issues. This comes to about $1.11 per issue but they are released every few years.

When deciding what type of comic to buy we must consider our aesthetic preferences, need to read and pricing. We may not be able to afford to buy every issue of a specific series. If the story is really good we may not be able to wait six months for the trade paperback. We may not care about the series as much and are comfortable buying the compendium every few years.

Do what is best for you and read comic books the way you want to read them. Some may discourage you from keeping a digital collection, or only collecting trade paperbacks. Others will tell you that buying every issue is throwing money down the toilet. Forget what everyone else thinks and build the comic book collection that fits your means.

Unless we are collecting single issues there are not a lot of materials needed for comic book collecting. Trade paperbacks and collections can be kept on bookshelves or boxes. Digital comics only require a smartphone, tablet, or computer.

There are a few materials that are needed when starting a collection of individual issues. We want the ability to read these books for years to come. It is important that we are taking care of our books. This is where bags and boards come into play.

Collectors often keep comic issues in protective plastic backs. Inside of the bags is pieces of cardboard or card stock for the backing. These two items keep the comic clean and unbent. One hundred bags and boards typically cost ten to fifteen dollars each.

There are more expensive products, such as clear backer boards. While these may be good for issues with wraparound covers, they are not a necessity for a new collector. Knowing how to store comic books is an essential part of starting a comic book collection.

There is no need to rush to the comic shop as soon as it opens. In fact, this would be nearly impossible for avid readers and full-time workers. The comic world would be much different if we had to fight our fellow fans for the last copy of a book. Luckily, pull lists exist and keep us from rushing the stands.

Many of our local comic shops offer pull lists. We give a list of our favorite comics to the store owner and they set aside a copy of the book when it comes in. We can then pick up the books at our convenience.

This alleviates the stress of having to go to the comic book store every Wednesday. We know that we won’t miss an issue because it sold out.

There are many perks to opening a pull list with your local comic book shop. Though the perks differ from store to store, there are usually incentives for starting a comic book subscription. For example, my pull list at Aquilonia comics in Troy New York grants me 20% off of anything in the store. I have seen other stores offer free gifts, early access to events, and other forms of preferential treatment.

The most important aspect of opening a pull list is supporting local businesses, specifically your local comic book shop. Comic books are no longer available in every corner and grocery store. We now have highly specialized stores that offer comic books, tabletop games, card games, and more.

If local comic book stores go out of business, our access to physical comic books (and other nerdy products and supplies) will greatly diminish. Besides, we all should be supporting those who supply the products we love.

Starting a pull list also helps you build rapport with the owners of your local comic book stores. Being a good and consistent customer can lead to a great relationship. You may find rare variant covers in your pull list. You may be treated with early release and promotional items.

One thing that I love about my local comic book store is their ability to recommend books that I will love. When I pick up my pull list I often have a variety of titles that fit my tastes. I have no obligation to buy these comics, but I have found a lot of great series due to the amazing service I receive at my local store.

An arc is one storyline of a comic book series. If you think of a single comic issue as being similar to an episode of television, an arc is more like a season of television.

These are materials used to protect single issue comics. The board keeps the comic from bending, and the bag protects the comic from spills, dirt, and dust. Think of it has a reinforced Ziploc bag for your comic collection.

The Certified Guaranty Company (CGC) has a team of people professionally grade comics. The comic is given a rating based on condition and is sealed in a hard plastic container. This grading method is used to determine the value of old or rare books.

Print comics can often be read digitally. Many creators are now skipping the printing process altogether and are releasing purely digital versions of their comic books.

The holiday for comic collectors! Free Comic Book Day (FCBD) is the first Saturday in May every year. Special editions of comics are printed (or reprinted) for free. This event helps bring business to local comic book stores.

Similar to a trade paperback, graphic novels contain one arc or story. Many graphic novels are standalone, while others fit into the lore of a larger series.

This is a single comic book, and is most likely what you imagine as a comic book. A single issue of a comic is typically 15 to 30 pages long and looks similar to a magazine.

Comic book boxes are typically made out of white cardboard. However, there are boxes that also have designs. Long boxes can hold about twice as many comics as a short box.

Comics employing the style of Japanese comic art are known as manga. This distinction is similar to the division between American cartoons and anime.

Typically hardcover, an omnibus edition of a comic series usually contains multiple arcs of a series.

This will tell you what edition of the comic you have. Many comics have limited printings of their issues. If the series becomes popular, they will reprint more copies. This usually makes the first printing of an issue the rarest and most valuable.

An agreement between a customer and a comic book store to hold specific comics upon release. This is similar to opening magazine subscriptions, except that the subscriptions are held by the retailer and not the manufacturer.

A collection of single issues in paperback form. Trade paperbacks typically contain one arc of a comic series.

Comic books and strips published on the internet are known as webcomics. These are different than digital versions of print comics. Webcomics can change in size and shape from entry to entry. They are typically found on websites, social media platforms, and webcomic publishing apps

How To Start A Comic Book Collection?

There are many other aspects to collecting comic books, but these tips will help any new comic reader start their collection. Whether physical or digital, starting a comic book collection is an excellent hobby.

What are your tips for collecting comics? Let me know on social media!