His House and the Promising Future of Horror From the Margins

His House exists both as social commentary and a captivating horror movie where the stakes are literally life or death. 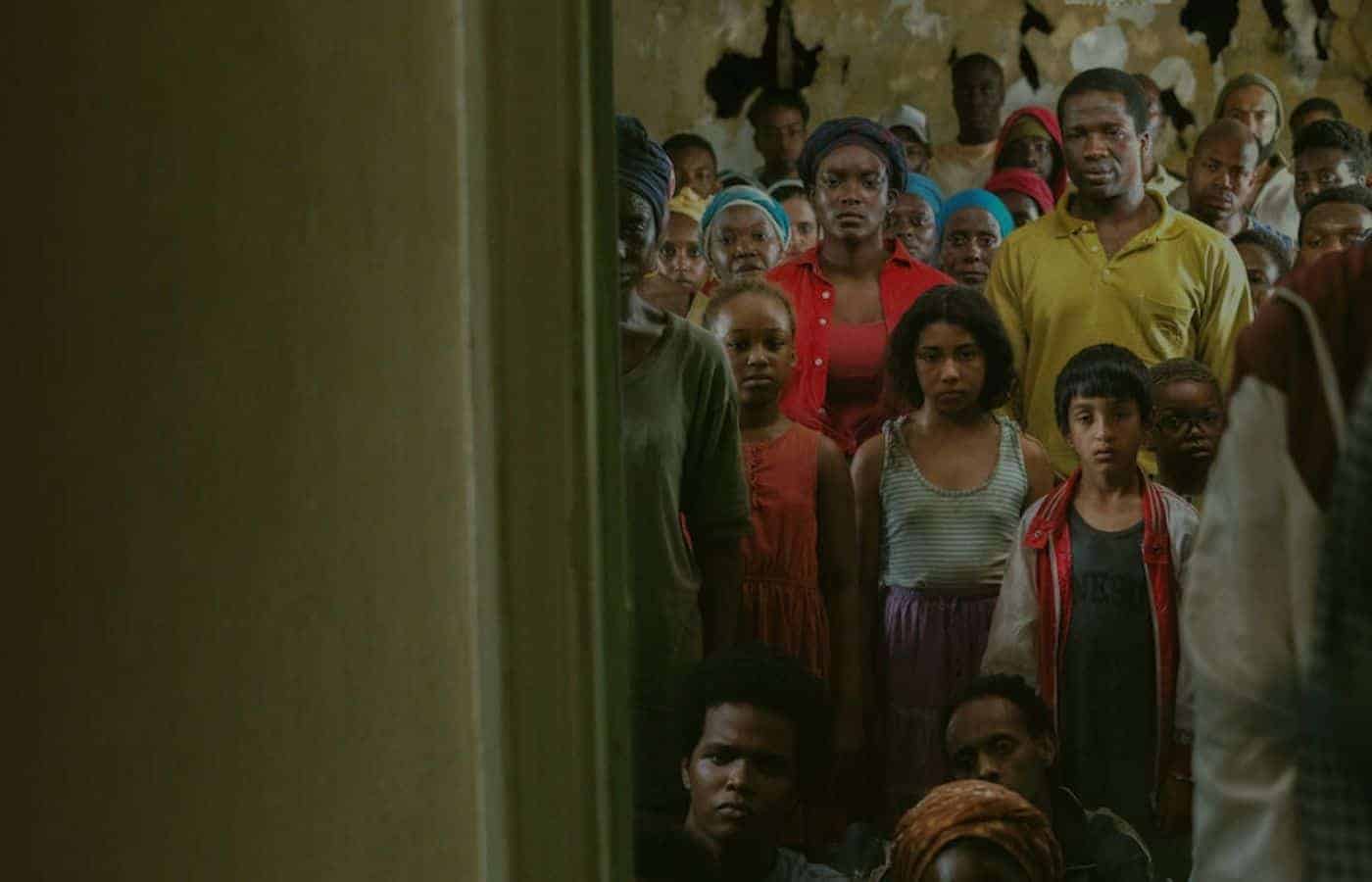 His House exists both as social commentary and a captivating horror movie where the stakes are literally life or death.

Adapted from a story by authors Felicity Evans and Toby Venables, His House exists both as social commentary on the deplorable conditions refugees (ironically, many of them coming from once British occupied countries) face during their often life-threatening endeavor to carve out a stable existence for themselves in the United Kingdom, and a captivating horror movie where the stakes are literally life or death.

We follow South Sudanese couple Rial and Bol, fleeing from a country ravaged by violence. After three grueling months in a crowded British refugee camp, the couple are granted probational asylum; to accompany this, Bol and Rial are also given a decrepit house in the middle of a slum on the outskirts of London, where the walls are peeling and furniture is scarce. Within a few days, the couple begins to understand why the house was left unoccupied for such a long amount of time.

Besides being genuinely unsettling to downright scary for much of its runtime, director Remi Weekes offers a lot in the way of race and class analysis, touching upon themes of trauma, assimilation, colonization, and the idea of who is considered undesirable.

In a Medium article that I think is certainly worth a read, co-author Felicity Evans presents the interesting idea of the marginalization of both a house, and a human, the events that inspired her to write His House.

For Evans, there is no sort of other house so difficult, so beyond the pale, resisting commodification, then the house that is haunted. Likewise, there is no other body so deplored, so unacceptable to the civil veneer of race-homogenous Western countries then that of the refugee—a person who, in most cases, does not embody the aesthetics, cultural practices of the majority, an unwanted house guest that causes unrepentant change. To lump all of these undesirable parties together is sensible, to a society that wants nothing from either of them if they will not preform the duties of labor.

Much of the scares from the film come directly from the horrible things Bol and Rial experienced while escaping war-torn Sudan. The ghosts of Rial and Bol’s mistakes, presenting itself mostly in the form of their daughter who drowned after traversing open sea, watches them through the walls of their house. The toll of surviving is a hearty one, much more than Bol is willing to pay, and to cope with himself and the things he did, Bol tries to shed every reminder of his roots.

Desperately, Bol tries to conform to working class British life, even as the (literal) ghosts of his past are there to confront him at every turn. To conform is to forget, and the house makes it abundantly clear that they will not be forgetting anytime soon.

White British case worker Mark begs him to be “one of the good ones”. It’s a statement that can be up for interpretation depending on who hears it, but for Black people the world over, it’s intentions are fairly straightforward—be one of the good Africans that conform, that set themselves to the standards set by the majority.

To be one of the ‘bad ones’ is to buck this idea of living like the very same people who colonized your country, and to that end, Rial is one of the “bad ones”. Rial meets the employees working on their asylum case wearing a bedsheet that is fashioned like a tunic. Rial goes out of her way to make a white, British nurse uncomfortable by telling her the story of how she survived the Sudanese conflict that killed her friends and family.

Rial sees the entity in the house for what it is—a malevolent, shapeshifting creature—and sees her husband for what he is becoming—a man set on not rocking the boat, desperate to shed any semblance of their life in Sudan. “You beg them,” Rial tells her husband, “and then you thank them for the unseasoned scraps they throw us.”

When Bol dares to politely ask Mark for better accommodations—one that doesn’t have mold creeping on the floors, piles of garbage outside and a literal demon crawling through the walls—he accuses Bol of “biting the hand that feeds him”, aghast that this man, this refugee of all things, isn’t grateful to feast on the scraps thrown at them.

It’s a theme we’ve seen done many times recently—the public outcry for the United States government to throw some sort of safety net to its citizens, and those in power telling us we should be happy to recieve the mere coins tossed at feet as we drown in debt. The irony that Sudan was colonized by the British until 1954, and likely had much of its resources outsourced to fuel the British empire a mere sixty-six years before this movie was made, is not lost on anyone.

Rial tells Bol the story of a village man who took materials from other people’s homes to line his own house. Little does the thief know that he has stolen from an Apeth, a being of Dinka folklore, and when the man finishes building his home, he is horrified to discover that the Apeth lives their as well, in the walls.

Rial uses the story to illustrate the severity of their situation to her husband, but I’d make the argument that it can almost certainly be related back to colonization, and the refugee crisis we’re facing all over the world. When you use other people’s bricks to build your home, don’t be shocked when they come knocking at the door.

We’ve got new films breaking into the horror scene that meets the intersection of marginalized voices and spooky happenings. Take La Llorona for example, a 2019 release that presents a new spin on the timeless tale, where the victim of state-sanctioned genocide against the Indigenous people of Guatemala comes back to haunt an aging general.

His House is another stunning example of a widening horror scope that comes with each passing day, as we before more aware of ourselves and the existences of the people who live all around this great big earth. The reign of the “middle-class family moves into haunted suburban house” is far from over, but here’s hoping that movies like His House will begin to pave the way for other spins on this overdone premise.