Here are the top ten iconic horror films that are just over the hill! 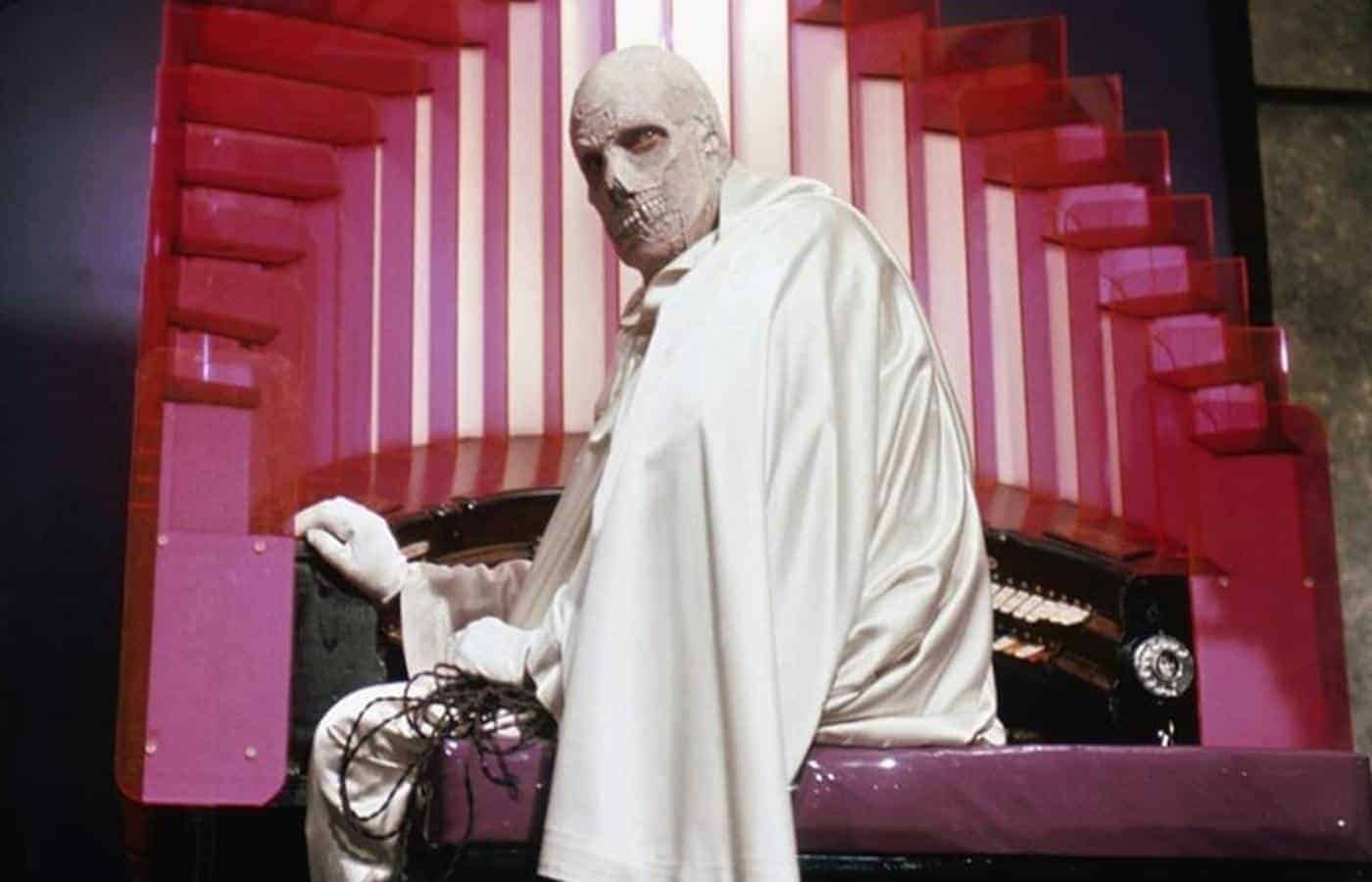 These films give us a glimpse into a period where the “New Horror” was still in its infancy. These horror films have delighted, terrified, and confused audiences for half a century.

1971 is one of my favorite years for horror. Inspired by sixties classics like Psycho, Night of the Living Dead, and Rosemary’s Baby, horror filmmakers were pushing the boundaries of content and form. The ten films on this list are from different parts of the world, but they all share a certain bleakness about them. This bleakness could come from a mix of economic catastrophe, war, or domestic strife.

Another interesting quality of these films is that they predate seminal horror films of the 1970s like The Last House on the Left, The Exorcist, The Texas Chainsaw Massacre, Halloween, and Alien. They give us a glimpse into a period where the “New Horror” was still in its infancy. These horror films have delighted, terrified, and confused audiences for half a century.

The film begins with one of the great scenes of folk horror: a farmer discovers the misshapen, furred skull of a demon while plowing. Later in the film, a group of children finds the creature’s claw. The demonic relics transform the bucolic 18th-century village into a hotspot of madness and hedonism. Unfortunately, the film’s plot is very thin and its characters are flat. The Blood on Satan’s Claw works better when viewed as a glimpse into the dream logic of the diabolical world. It gives us a sense of a time and place when the Devil and his minions were never far away.

This slow-moving Euro-horror from Belgium is one of the most important vampire films of the 1970s. Delphine Seyrig’s ethereal portrayal of Countess Elizabeth Bathory remains one of cinema’s greatest bloodsuckers. The Countess’s mix of goth and glam was inspired by Marlene Dietrich and in turn would go on to inspire Lady Gaga’s vamp character in American Horror Story: Hotel.

Steven Spielberg’s Duel is not considered a horror film by many. Its simple premise, a motorist is pursued by a rogue eighteen-wheeler, seems much more in the domain of “action-thriller.” The film’s presentation of the sinister tractor-trailer and its unseen driver pushes the film into “horror” territory. The truck’s rusted and dilapidated appearance, juxtaposed with its seemingly supernatural abilities, gives the film an injection of the uncanny. Spielberg even has the truck give a beastial howl during the film’s climax.

Spielberg was four years away from redefining the monster film and creating the modern blockbuster. Duel is understandably viewed as Spielberg’s warm up for Jaws, yet it deserves its own place in the monster movie canon. Driving is one of the most dangerous aspects of American life and few horror films capitalize on it like Duel.

Let’s Scare Jessica to Death is an odd film to pin down. Is it a gaslighting psychodrama in the vein of “The Yellow Wallpaper”? Is it another lesbian vampire film? Is it a cottagecore American giallo? The film is very coy about what’s actually happening to its protagonist. At certain points in Let’s Scare Jessica to Death, it seems certain that the film’s spooky happenings are the product of the protagonist’s mental health crisis. At other times, supernatural events happen when Jessica, our unreliable P.O.V. figure, is not on screen. The film’s ambiguous ending only creates more uncertainty.

The goofy title and poster of Let’s Scare Jessica to Death misleads the audience into thinking the film is a schlockfest in the William Castle vein, but it is actually closer to the art house mode of horror. Its ambiguity and languid pace place it in the grand tradition of films such as The Cabinet of Dr. Caligary, Vampyr, and House of the Devil.

The 1970s was the golden age of animal attack films. 1975’s immortal classic Jaws produced a wave of films featuring carnivorous undersea critters including Orca, Piranha, and Tentacles. Jaws was not the film that kicked off the 1970s cycle of killer animals, however. It was actually Willard. Most of the films which followed Willard mixed in an ecological message in between the killer worms, rabbits, and ants. Willard, however, is pure gothic melodrama; the film owes more to Psycho than Silent Spring.

Bruce Davison is delightfully weird as the film’s title misfit. The real stars, however, are the hundreds of real rats who played Willard’s rodent companions. Willard commands his flea bitten army to punish those who wronged him. The film capitalizes on the innate revulsion many people have towards rats. Giant creatures created through movie magic can terrify us but there is something especially horrific about seeing actors covered in real life vermin.

The explosion of zombie apocalypse media of the 2000s which culminated in the 2010 premiere of AMC’s The Walking Dead may have played a part in shaping right-wing death fantasies that continue to play an outsized role in American life. The Omega Man is not the first zombie apocalypse movie nor is it the first adaptation of Richard Matheson’s I Am Legend, but its cultural impact is still tremendous. The Omega Man is where the right-wing archetype of the lone hero shooting his way through the unclean horde is transplanted from the western and melded into the apocalyptic horror film.

The hero of The Omega Man (appropriately played by former NRA president Charlton Heston) blasts his way through scores of mutants. Whereas George Romero’s Night of the Living Dead condemned America’s violent gun culture, The Omega Man revels in it. The Last Man on Earth, an earlier and more accurate adaptation of I Am Legend, ends with the hero realizing that in a world of mutants he is the monster. The Omega Man ends with the protagonist sacrificing himself (after massacring dozens of mutants) to deliver a cure for the mutating virus. The downbeat ending of the original is mutated into the tale of a good man with a gun.

Godzilla vs. Hedorah (a.k.a Godzilla vs the Smog Monster) remains one of the strangest films in the Godzilla series. Godzilla’s producer Tomoyuki Tanaka was unhappy with the film and director Yoshimitsu Banno would not direct any more films in the series. The movie earns a spot on this list because it remains one of the most horrific films in the history of kaiju cinema. Hedorah, a living blob of gunk with glowing red eyes, is among the creepiest of Japanese giant monsters. Hedorah dissolves crowds of people with its acidic sludge. Godzilla films had not shown this level of horror since the 1954 original.

The psychedelic atmosphere of the film compliments and counterbalances the horror. Banno mixes animation, documentary, and experimental styles of filmmaking. The film deftly switches back and forth between graphic eco-horror and the dream-like reality of a children’s fantasy film. Godzilla plays the saurian messiah, not only saving the world from Hedorah’s grey, slimy clutches but from our own folly. Godzilla’s casual viewers and die-hard fans once did not know what to make of this film, but it has become one of the irradiated reptile’s most respected outings.

Shameless plug: listen to me talk about this amazing film on PHASR Media’s Gargantucast!

Mario Bava’s A Bay of Blood is a precursor to the slashers of the late 1970s and early 1980s. Sixties films like Psycho, Night of the Living Dead, and Blood Feast laid the groundwork for contemporary horror film gore, yet it is A Bay of Blood which features the kind of stylish, gory kills which would define the horror genre for the next fifty years. In an example of plagiarism and homage, one of its kills was directly lifted for Friday the 13th Part 2.

Like most giallo films, A Bay of Blood is an exercise in style over substance.The film’s original name, Ecologia del delitto (Ecology of Crime in English) is a much more appropriate title. Every character is both predator and prey. Its story is simultaneously meaningless and needlessly complex. Events happen in staccato fashion, bewildering the viewer. The film’s characters slide in and out of the narrative. One of my hottest horror takes is that most Italian horror films are 10% amazing visuals and 90% badly dubbed actors spouting dialogue like “It’s the old church! Let us go into it!” Despite its historical importance, A Bay of Blood is no exception.

Ken Rusell’s The Devils (based on the nonfiction book The Devils of Loudon by Aldous Huxley)  is one of the purest expressions of religious mania and Satanic terror ever put on screen. Like Häxan, The Blood on Satan’s Claw, and The Witch, The Devils transports the viewer to a time when belief in the devil and his minions was common. Unlike the other films I mentioned, The Devils has no supernatural elements. It is a dramatization of historical events so bizarre that they qualify the film as part of the horror genre. The monsters are all very human.

Oliver Reed gives perhaps his greatest performance in the film. He plays a debauched priest whose spiritual failings are used as a pretext for a series of politically motivated exorcisms and witch trials. By eschewing any actual supernatural forces, Russell is able to focus on the depravity and hypocrisy created by the witch hunts. David Watkin’s exquisite cinematography and Robert Cartwright’s lavish and disorienting sets help make The Devils one of the most literate and visually stunning horror films ever made.

Since the slasher boom of the late 70s and early 80s, horror films (both of the franchise and “elevated” varieties) have placed a premium on creative and ghoulish death scenes. One of the great obsessions of modern-day fandom is quantifying and critiquing “kills.” The Abominable Dr. Phibes pre-dates the slasher by a few years, yet its emphasis on bizarre and complicated murders presaged the machinations of Freddy, Jason, and Chucky.

Vincent Price gives one of his most unusual performances in this film. He plays Anton Phibes, a disfigured former doctor of music and theology who swears vengeance upon the doctors he blames for the death of his wife. He dispatches each doctor with a trap inspired by one of the ten plagues of Egypt. The movie is very loose with its interpretation of the Old Testament (the film presents “bats” as one of the ten plagues) but it finds ingenious and gruesome ways to work in the traditional  plagues of frogs, death of the first born, and locusts.