Horror films focus on the fears, paranoia, and anxieties of disadvantaged communities in a way not dissimilar to gangster rap and horrorcore. 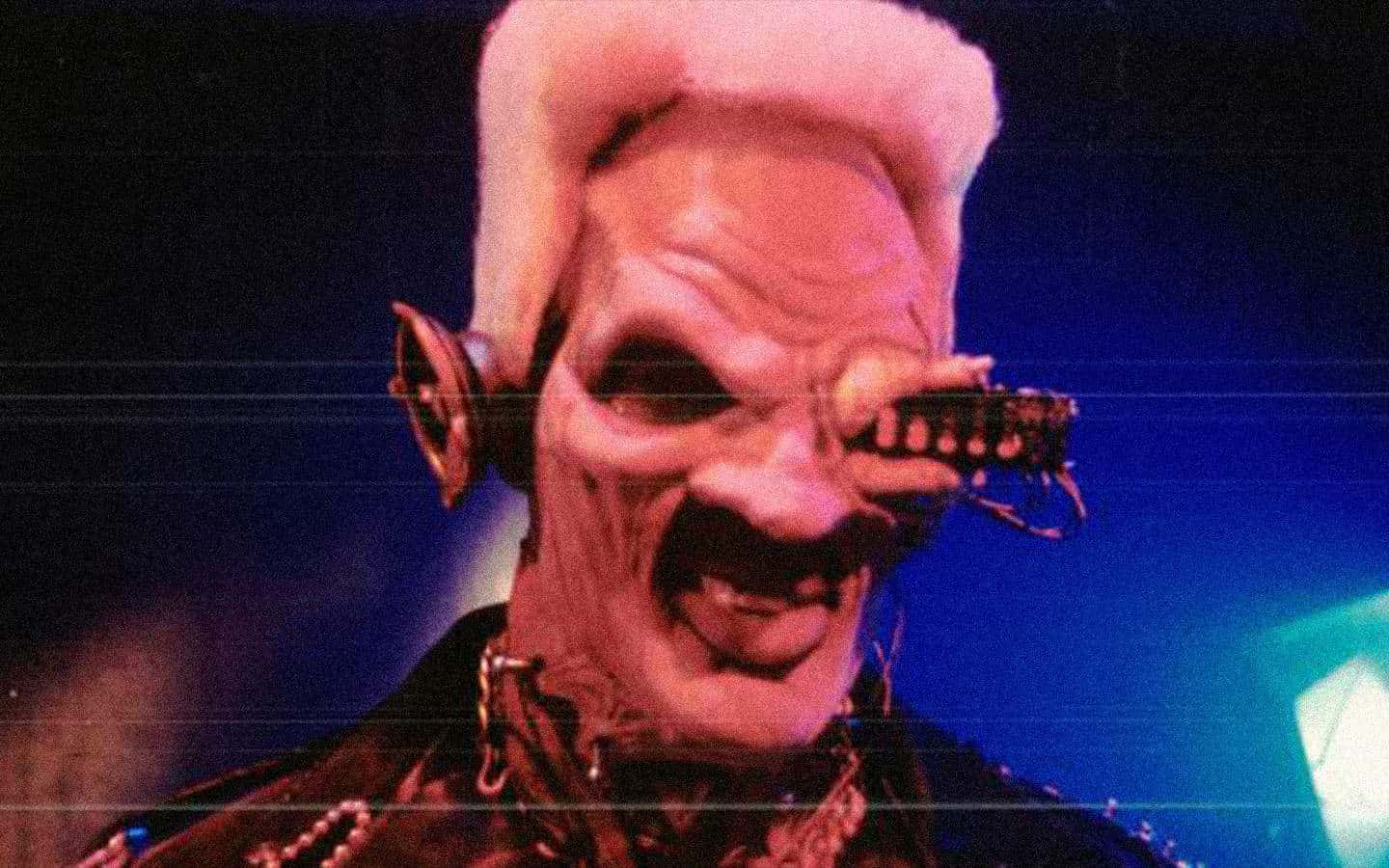 Horror films focus on the fears, paranoia, and anxieties of disadvantaged communities in a way not dissimilar to gangster rap and horrorcore.

Hip-Hop has quite an extensive relationship with horror films, being referenced by artists like Dr. Dre, Nas, and even Kanye. Artists have sampled scores from horror films in their music. Both mediums feature bold characters, violent subject matter, and have faced widespread social scrutiny. Most importantly, both are ideally positioned to speak to larger issues facing minorities and social outcasts. Let’s explore the ever-evolving entanglement between Hip-Hop and Horror films.

When thinking about both hip hop and horror movies, the first thing that comes to mind is the character-driven aspects of both mediums. We’re treated to big personalities and powerful characters that perform incredible feats.

Within the slasher sub-genre, the films are often focused around a killer. During the 80’s era of filmmaking, we saw a surplus of slashers that typically featured a motif or gimmick.  You have Jason Voorhees, Michael Myers, and Freddy Kreuger who all became conduits of their environment.

While these characters may not deliver moving speeches, their power, stature, and story are apparent by their presence alone, so much so that their movies are often short-handed to just the name of the killer (e.g “the Jason movies” or “the Freddy movies”).

Hip hop has classically worked the same way. The emcee delivers the lyrics and lets you know about their life. However, it’s difficult to make powerful hip hop songs about mundane day-to-day living, so most rappers use their lyrical skills to tell fictional or hyperbolic stories about their experiences, exploding the luxury they live into almost comical proportions. When you put enough of these songs together, they begin to build the lore for the emcee’s larger-than-life persona.

Daniel Dumile is an artist known for creating gigantic personas through his music. Many of you know him as the vaudevillian Viktor Vaughn or the kaiju-inspired King Geedorah. However, you might be more familiar with Dumile’s work as the hip hop super-villain known as MF DOOM.

Dumile started his rap career in a group called KMD under the name Zev Love X. The group was popular in the early 90s and tackled a number of real issues including racism and poverty. Dumile’s brother and KMD member Subroc was killed in a traffic accident before the release of KMD’s second album. This event, along with being dropped from their label for controversial album art, made Dumile step back from creating hip hop.

Years later, a masked man begins to pop up at hip hop shows. He wouldn’t reveal his identity, but many hip hop fans could tell who it was. This act eventually evolved into the beloved character MF DOOM.

As a character, MF DOOM pulls from the things a lot of us love, including comic books, cartoons, and of course horror films. This influence can clearly be seen through both his music and his hip hop persona.

“The mask is like Jason, they told the place not to let the basket-type case in”

The Rise Of Gangster Rap

Though hip hop was originally utilized to provide a creative outlet to at-risk youth, the gang-related elements of the inner city soon took their place at the table. This created a subgenre of hip hop known as gangster rap. The subgenre leaned into elements of structural racism, inner-city plights, and represented the hardships many faced on a day to day basis.

This style dominated hip hop music in the 1990s and early 2000s. The effects of this influence can be seen across the hip hop spectrum. The violent lyrical elements became a perfect pairing with the horror genre. As rappers wanted to get one-up each other, the imagery in their lyrics became darker and darker.

On the film side, the 90s gave us two horror classics drawing from themes prevalent in hip hop at the time: The People Under the Stairs and Tales from the Hood. The first uses a house escape story to talk about how poverty and crime in black neighborhoods are created by the greed of wealthy (often white) people. The second is an anthology movie that uses over the top visuals and comedy-horror brutality to make points about drugs, gang violence, racial violence, police brutality, and even child abuse.

And, of course, horror movie elements made their way into hip hop with novelty tracks like The Haunted House of Rock by Whodini, Nightmare on My Street by DJ Jazzy Jeff and the Fresh Prince, and of course Thriller by Michael Jackson. These tracks though were more referential to horror movie elements rather than reproducing the subtext or anxiety that horror films were dealing in.

The music began to deal out its own subtext within the lyrical content.

Similar to hip hop, horror movies often use their concepts as metaphors for real-world problems. Zombies may represent conformity, the transformation of a werewolf can be an allegory for puberty, and an alien may represent some degree of xenophobia to other cultures.

Many gangster rappers took a similar approach. They took the violence from their environments and spun them into beyond horrific tales. Both horror and gangster rap share a propensity toward violence, and the paranoia of danger lurking around the corner. You couldn’t ask for a better creative pairing.

We’ve curated a Spotify Playlist of some of the artists listed in this editorial. Listen here!

The Geto Boys are a rap group from Houston, Texas. The group consists of Scarface, Willie D, and Bushwick Bill. Not only is this group known for their influence in the southern rap subgenre, they’re also known for planting the seeds for horror-based hip hop.

When I think about horror movies and hip hop, one of the first songs that come to mind is the track “My Mind Playin Tricks on Me” by Geto Boys. Mind Playin Tricks tells the story of a man suffering from paranoia due to the dangerous environment in which he lives. When it comes to criminal activity, you always have to be on the lookout for danger and violence.

Not only does this song evoke similar imagery to horror films, the music video is also shot like a miniature horror movie. The video shows the main character going through his day-to-day life. However, paranoia is getting the best of him. He sees dangerous figures in the shadows and does not know when his time will come.

Outside of horror movie influences on hip hop artists, there are rappers who take this concept to the next level. Their entire act and persona revolve around blending the horror genre with hip hop music. This specific style of hip hop came out of the previously mentioned 1990s gangster rap scene and focused on the everyday terror of merely living as a black person in certain areas.

As gangster rap innovated and progressed, many of the artists’ lyrics became increasingly violent and disturbing. Some artists stretched this to the point where their music could no longer be described as gangster rap. A much more sinister name was needed: Horrorcore.

The origins of horrorcore are uncertain. You can definitely look at acts like Dana Dane and E Sham as major contributors to the developing sub-genre. Many people attribute the introduction of the phrase to a New York City group known as the Flatlinerz. Others will say that the term was created by a California group called Kaotic Minds Corruptin’, suggesting that not even horror artists can escape the East Coast vs West Coast mentality of the 1990s.

One important artist in the creation of horrorcore is an artist named Kevin Mann from Sacramento. Mann performs under the name Brotha Lynch Hung, a character that can only be described as a cannibalistic serial killer. Some of Brotha Lynch Hung’s lyrics are so disturbing that they are censored by his record label, even in the absence of curse words.

“I’ma get back to work, kill em and put em in a cardboard box, brains in a basket.”

Similar to many horror movies, Brotha Lynch Hung’s art has been considered a motivation for violence. In 1996, a man shot his friends after listening to Brotha Lynch Hung. While the man never stated that Mann’s art was his motivating factor, people believed that it was partially to blame.

Hip Hop artists have notoriously been blamed for inciting panic and corrupting youth. After decades of verbal, emotional, and physical abuse, a handful of artists decided to own the image of themselves that media outlets portray them as. To take on that monstrous persona and run with it. It’s an act of reclaiming control over your own narrative while satirizing those who seek to tear you down.

Horror films focus on the fears, paranoia, and anxieties of disadvantaged communities in a way not dissimilar to gangster rap and horrorcore. The two mediums have found some type of harmonious bond and it’s here to stay.

So whether you’re listening to Geto Boys, Brotha Lynch Hung, MF DOOM, Insane Clown Posse, Lil Uzi Vert, or early Tyler the Creator, horror elements are embedded somewhere in their discographies. Keep an ear out next time you’re listening to your favorite hip hop artist and we bet you’ll hear something truly frightening.