The Blood Is The Life: How Bram Stoker Created Dracula

With over 200 movie adaptations, countless radio plays, stage productions, and TV adaptations, Bram Stoker’s Dracula (1887) is one of the most well-known fictional characters of all time. What went into the creation of Dracula? 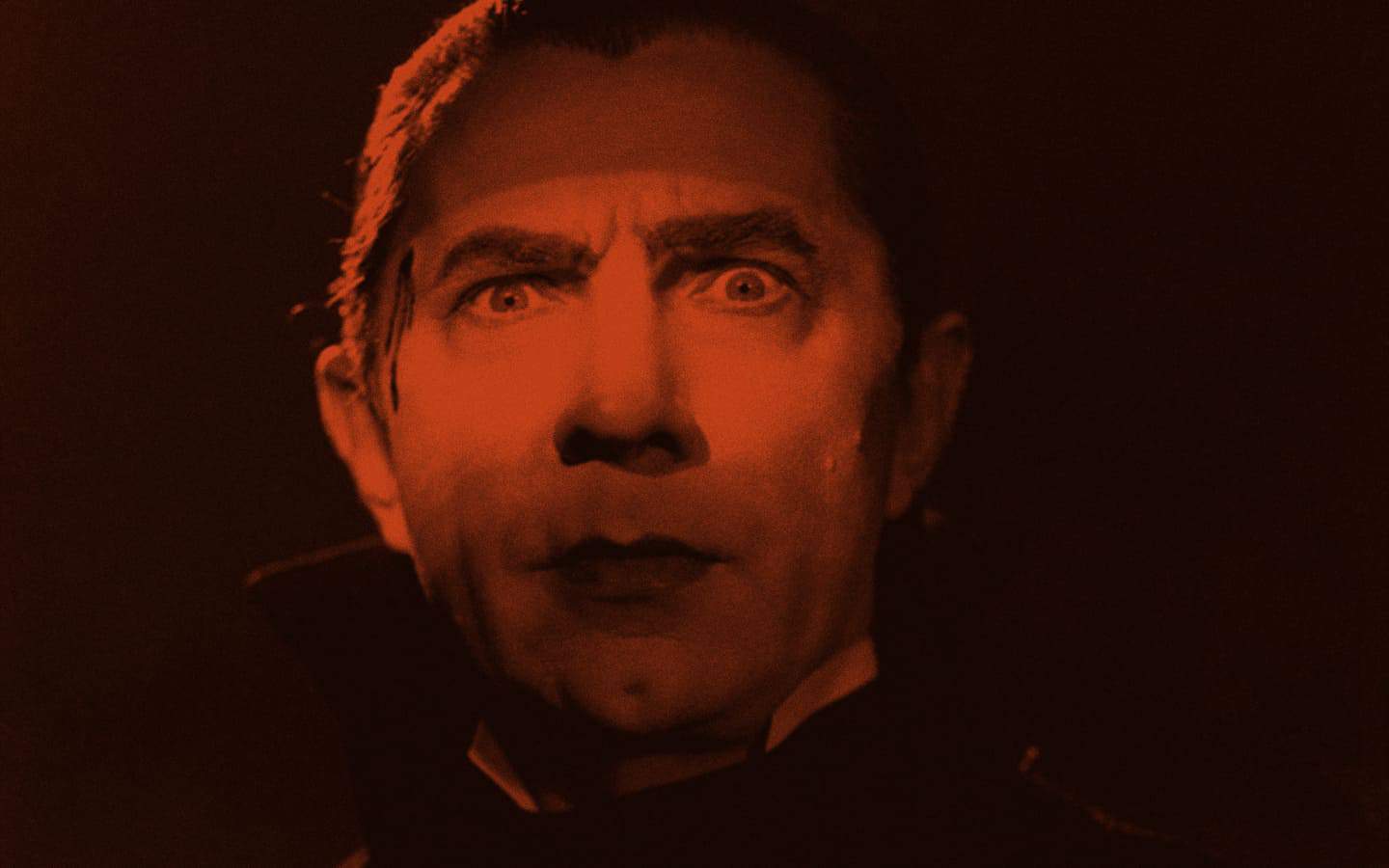 With over 200 movie adaptations, countless radio plays, stage productions, and TV adaptations, Bram Stoker’s Dracula (1887) is one of the most well-known fictional characters of all time. What went into the creation of Dracula?

Bram Stoker was born 1847 in Dublin, Ireland. As a child, he was bedridden until the age of seven and entertain himself by reading stories. When he graduated from school, he visited Trinity College before working as an official at Dublin Castle, most famous for being the house of visiting monarchs specifically the king and queen of England.

While working there, he started writing for the Dublin evening mail heading up the reviews of local theatrical productions. In 1875 Bram Stoker published his first novel, The Primrose Path. He continued working while he published his novels and short stories. It wasn’t until 1890 that research for what would become Dracula would begin!

The books he used for his research include: Sabine Baring-Gould’s Book of Were-wolves, Thomas Browne’s Psuedodoxia Epidemica, Charles Boner’s Transylvania, Andrew F. Crosse’s Round About The Carpathians, William Wilkinson’s The Accounts of the Principalities of Wallachia and Moldavia. All these books provided him with the inspiration and the knowledge to create the law and universe that the vampire account inhabit.

Around the same time, Bram was heading to the town of Whitby, a place he had vacationed many times. Whitby would inspire the Gothic architecture and atmosphere in Dracula. At Whitby, he would explore the local museums, churches, landmarks, and talk with fishermen about the sinking of the Russian ship Dimitri which as we all know eventually became the Demeter.

The local fishermen told him that when the ship crashed and sunk against the rocks, a beast was seen fleeing the scene and heading up into the countryside behind the town.

This is known as the Barghest, a mythological monster that takes the form of a giant black dog with large teeth and claws. The beast is also known as an omen of death signaling the passing of someone important or an oncoming disaster. It is easy to see how the Barghest could easily become the demonic wolf that Dracula takes the form of.

Around the same time, there were the notorious Jack the Ripper killings. This impacted the writing and publishing of the novel. When his publisher first received the manuscript, Bram Stoker and the gentleman had a heated discussion about taking out certain parts that were too close to the murders.

This is just speculation, but the constant tabloid exposure of the vicious killings must have influenced the story in a small way. Like any author, the topical news stories of the time, and whatever is prominent in the zeitgeist always become part of their work.

When it comes to talking about Bram Stoker and Count Dracula, one is never far from the discussion of Vlad Tepes, also known as Vlad the Impaler. For a period, it was believed that that the Voivode of Wallachia was a direct influence on the character. The reason for this is that Vlad was notorious for being a bloodthirsty and violent ruler while also being a national hero of Romania.

There’s been much speculation and talk of how much of the history of this ruler Bram Stoker took for his creation. In fact, it is hard to tell exactly how much of history influences an author, but one thing we know was that after visiting the famous subscription library in Whitby and reading The Accounts of the Principalities of Wallachia and Moldavia by Wilkinson, he made a note saying…

Dracula in Wallachian language means DEVIL. Wallachians were accustomed to give it as a surname to any person who rendered himself conspicuous either by courage, cruel actions, or cunning.

The word Dracul comes from Dragon, which presents a very fitting image especially when Vlad was alive in the 1400s. We know of the infamous ruler, is that he fought against the Ottoman Empire. His reputation for cruelty came from a need to protect his people, his life, his lands, and to instill fear in his family enemies.

Not once is it written that he sucked or drank the blood of his victims, though one of the more famous stories about Vlad was when Turkish messengers came to pay respects but they refused to take off the turbans in accordance with the customs.

Vlad strengthened the custom by kneeling their turbans to their heads with three spikes so they could not take them off. There are many stories like this about him, but Bram Stoker’s story was the 1st to make the connection between Vlad and vampirism. Bram Stoker focused on the vampires of Romanian folklore by Emily Gerard’s article about Transylvanian superstitions (1885).

The working papers that Stoker had for his book contained no reference to the historical figure. His original name of the account was Count Wampyr. It wasn’t until reading Wilkinson’s book and seeing the name Dracul and Dracula that Bram Stoker appropriated the history of Wallachia.

As for the appearance and mannerisms of the count, all evidence points to his old actor friend Sir Henry Irving. Much has been written already on this, with some historians claiming that Stoker idolized and worshipped the actor. But it was Louis S. Warren in his 2002 paper Buffalo Bill Meets Dracula: William F. Cody, Bram Stoker, and the Frontiers of Racial Decay, for The American Historical Review said,

Scholars have long agreed that keys to the Dracula tale’s origin and meaning lie in the manager’s relationship with Irving in the 1880s. There is virtual unanimity on the point that the figure of Dracula—which Stoker began to write notes for in 1890—was inspired by Henry Irving himself.

…Stoker’s numerous descriptions of Irving correspond so closely to his rendering of the fictional count that contemporaries commented on the resemblance. … But Bram Stoker also internalized the fear and animosity his employer inspired in him, making them the foundations of his gothic fiction.

But, the reality of the situation is that we will never know how much of who and where the inspiration for all the characters came from. Even with the workbooks that housed the original notes, ideas and outline, we have no way of knowing where it all came from.

What we do know was that the original manuscript for Dracula had well over one-hundred extra pages that were scrapped by the publisher. Worried of the impact of presenting such a story as true, his editor, Otto Kyllman, of Archibald Constable & Company, returned the manuscript with a single word of his own – no.

He went on to explain that London was still recovering from a large number of horrible murders in Whitechapel. With the killer still on the loose, they couldn’t publish such a story without running the danger of generating mass panic.

When Bram Stoker wrote his iconic novel, the original preface, which was published in Makt Myrkanna, the Icelandic version of the story, included this passage:

TIME – Bram Stoker Claimed That Parts of Dracula Were Real. Here’s What We Know About the Story Behind the Novel

He went on to claim that many of the characters in his novel were real people:

All the people who have willingly — or unwillingly — played a part in this remarkable story are known generally and well respected. Both Jonathan Harker and his wife (who is a woman of character) and Dr. Seward are my friends and have been so for many years, and I have never doubted that they were telling the truth…

TIME – Bram Stoker Claimed That Parts of Dracula Were Real. Here’s What We Know About the Story Behind the Novel

It would be something to read the entire novel as Stoker envisioned it, but all we have today is the 1914 collection, Dracula’s Guest and Other Weird Stories, which was released two years after his death. It’s believed that the titled story is the deleted first chapter from Dracula with many believing that the unnamed hero is actually Jonathan Harker.

Whatever the case though, upon the publication of Dracula, many thought it as being light entertainment and an enjoyable read. It wasn’t until the 1900s and the invention of cinema that Dracula took off.

However Stoker did it, whatever he did, Dracula is one of the most enduring and famous of the gothic horror novels to come out of the 1800s. There have been well over 200 movies featuring the character and as different as can be. Some stay close to the source novel while others use it as a jumping-off point. For an exhaustive list and enjoyable video on which one is closest, check out Cinemassacre’s Which Dracula Film is Most Faithful to the Book.

What we all can agree on is that without Bram Stoker’s Dracula, vampires would not be as popular nowadays as they are. Without the bloodthirsty Count, we wouldn’t have Dracula (1931) with Bela Lugosi, Dracula (1958) with Christopher Lee, Nosferatu the Vampyre (1979) with Klaus Kinski, Bram Stoker’s Dracula (1992) with Gary Oldman, or hell even cereal icon Count Chocula!

We’ll always have a desire to see the adventures of the Transylvanian vampire and like he himself – his legacy is forever.