Coronavirus: Or How I Learned to Stop Worrying and Love Jaws

Because we're currently living in a pandemic that's been politicized and the controversial reopening of many countries, watching Jaws in the summer of 2020 was one hand eerily timely and on the other hand traumatic. 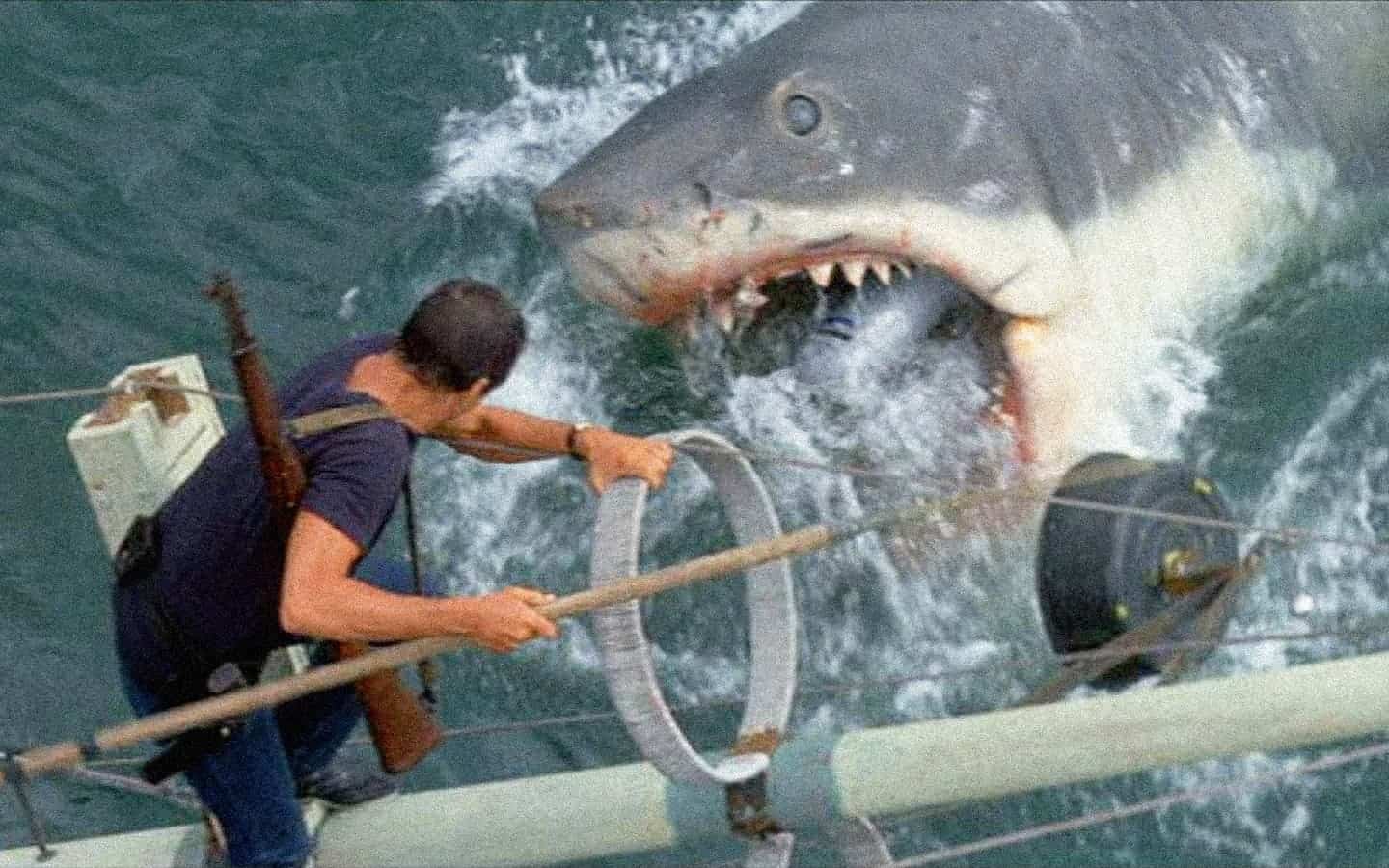 Because we’re currently living in a pandemic that’s been politicized and the controversial reopening of many countries, watching Jaws in the summer of 2020 was one hand eerily timely and on the other hand traumatic.

There are very few movies that can maintain their status as the crowning achievement in any genre. The slasher genre has Halloween as its grand opus. The psycho-biddy genre has Whatever Happened to Baby Jane as it’s calling card while horror-satire has Scream.

As often as filmmakers have tried over the years, nothing can dismantle the throne that is Jaws for the killer shark movie. While 5 Headed Shark Attack and Deep Blue Sea 2 have come mighty close, no film has usurped Jaws as the definitive shark movie even after over 40 years.

The Steven Spielberg film is largely considered the first-ever summer blockbuster and is the first film to take in over $100 million dollars in box office returns. Jaws (and to an extent Jaws 2) became a part of pop culture and it’s iconography became legendary that’s still recognized today. Thanks in part to the ominous score by John Williams, Jaws went on to collect several major awards.

I’ve always had a love-hate relationship with the Jaws franchise. I always loved the trashy sequels and hated the original. The first Jaws always ran too slow for me and was not engaging enough for me to make it a repeated viewing over the years.

There was no shirtless Dennis Quaid like in Jaws 3. There was no indiscernible group of teens stuck on a raft in the middle of the ocean as the shark stalks them like in Jaws 2. There was no Mario Van Peebles giving a weird mix of Jamaican and British accent like there is in Jaws: The Revenge.

The OG Jaws was as shocking and engaging as…2 Headed Shark Attack (the rare franchise that actually gets better with more shark heads in the titles). However, since quarantine 2020 is still a reality I decided to do the Lord’s work.

I grabbed a bottle of Absolut, hunkered down on the couch and watched ALL four Jaws movies in one weekend! I did this so you don’t have to. They say not all heroes wear capes- and it’s true. I wore my Doritos-stained Old Navy t-shirt the entire time. As COVID cases have spiked up here in California right after the 4th of July I was more than happy to stay home the entire weekend.

Steven Spielberg’s Jaws opens at dusk over the picturesque Amity Island as a young woman is pulled underwater in horrific fashion by an unseen force while skinny dipping. Chief Brody (the brooding Roy Scheider) is made aware by the medical examiner that her death wasn’t a drowning accident but instead was the result of a shark attack. Knowing there’s a killer shark in the waters that are typically full of the local townspeople, Chief Brody pushes to close the beach until the killer shark is captured.

With the 4th of July coming up, Mayor Vaughn (Murray Hamilton) denies the request to close the beach out of fear of the financial hit the town would take. Putting profit over the lives of its citizens, the beach remains open and the first casualty of Jaws is covered up as a boating accident.

Perhaps because we’re currently living in a pandemic that’s been politicized and the controversial reopening of many countries, watching Jaws in the summer of 2020 was one hand eerily timely and on the other hand traumatic. In the film we see the Mayor ignore the dire warnings of reopening the beach so soon from an expert in the field, Oceanographer Hooper played by Richard Dreyfuss.

Disregarding the repeated warnings, the beach reopens to a crowd full of families and children. Mayor Vaughn even entices influential locals into entering the waters, despite their concerns. What follows is complete carnage as Jaws feasts his way through the crowd killing several and wounding many more.

The sharks in the Jaws sequels were merely assholes working their way through various crowds for a higher body count. The shark in the first Jaws was an unstoppable force that had no specific target in mind. He did what sharks do.

Despite disrupting the holiday festivities he was a monster that was out for blood. While this was known to the authorities and experts, the real threat was trivialized and debated from the Mayor and left his townspeople vulnerable to potential attacks.

Either due to my own ignorance or my, sometimes, contrarian nature I’ve always felt Jaws 2 was the strongest in the series. My memories were always of the teens stranded in the middle of the sea, on barely-there rafts, as the shark stalked them for hours. This easily framed the sequel as a slasher in the water with- what I thought- was more exciting than the original. Jaws 3 is inoffensive fun that requires the same amount of brain cells for watching as what went into the production but is overall a pointless and misguided venture.

Jaws: The Revenge, which was my introduction to the franchise, is inept, illogical, clumsy, and a depressing far-cry from the original but at least it has the cute guy (Lance Guest) from Halloween 2.

After unfavorably comparing the first film to the sequels over the years I hereby declare that the original Jaws is absolutely, positively the best of the bunch. The limited screen time of the shark made him extremely unsettling and with a powerful performance from Roy Scheider,

I hope Jaws is on the official “Do Not Remake” list.

Perhaps it’s the state of the world or the fact that we’re in the middle of a global pandemic, but it took me until July 2020 for me to realize how perfect a film Jaws is. After over 40 years the story is still very timely and playing out in real life before our very eyes. I just hope we’re able to destroy or contain the real monster, Coronavirus before we’re subjected to CORONAVIRUS: THE REVENGE.