6 Strategies To Survive The Last Of Us Universe 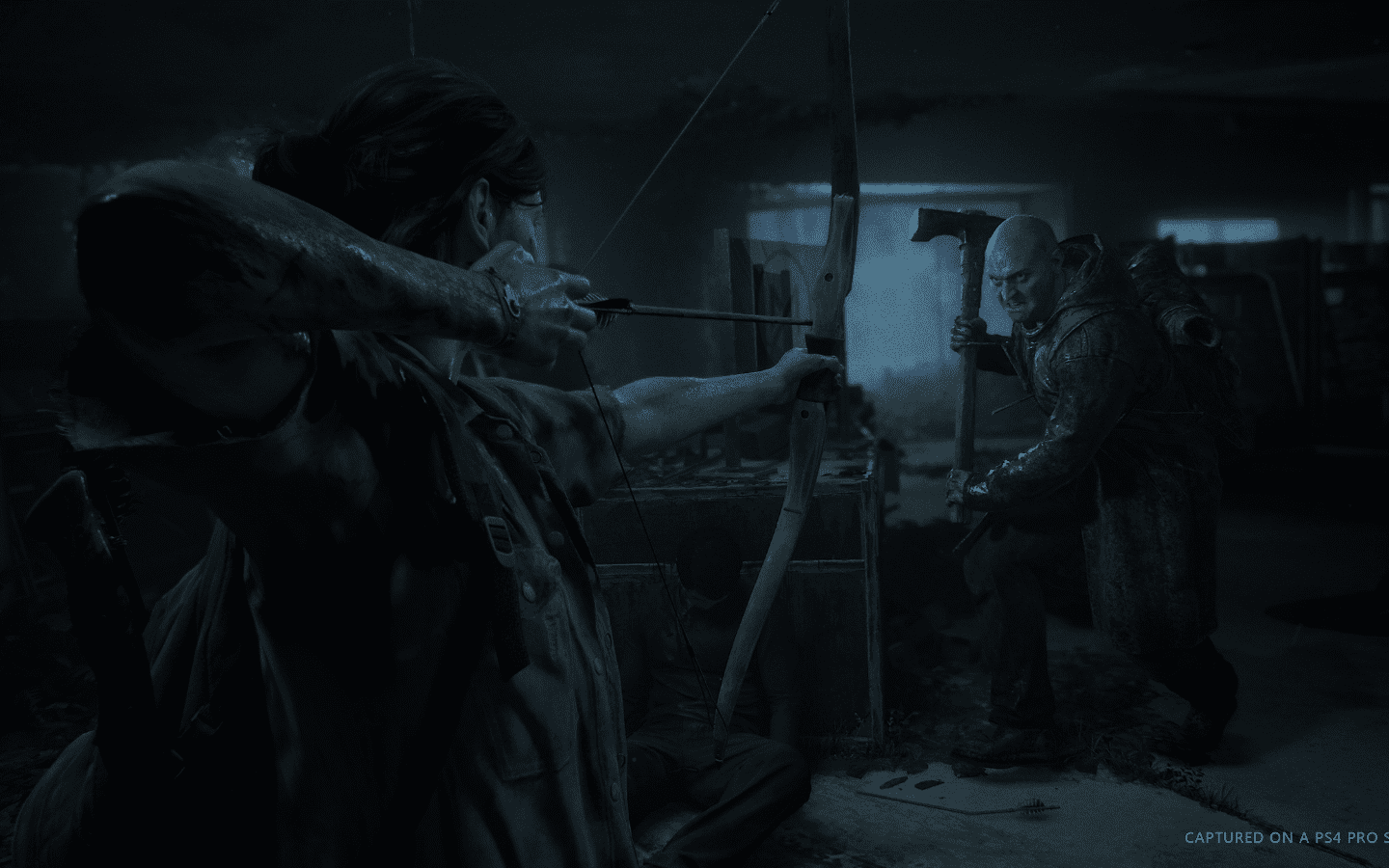 How To Survive The Last Of Us

In The Last Of Us franchise, the end of the world was caused by tainted produce introduced into the food chain. The cordyceps brain infection sees the host go violent shortly after infection. They go from being blind and using echo-location, to eventually a fully fungal plated behemoth of a monstrosity.

RELATED: Processing Black Death In The Last Of Us Franchise

For the Last of Us – a strategy acronym to employ is C.L.A.R.I.C.E. It usually will work in that order (Crouch, Listen, Assassinate, Ranged Kills, Improve, Craft, Explore). The best overall strategy for survival is stealth and meticulous attention to detail. The game itself is meant to have you sneaking around and almost never being a ‘tank’. This is strongly reinforced as being seen or heard will inform the monsters and hostile humans that you are present, often with deadly consequences.

Crouch And Listen To Your Environment

Stealth is achieved by crouching and can be further improved by activating Joel or Ellie’s listening ability (which will turn the screen grey and outline enemies, given they are within range for the level you have achieved in that skill). If you are only attacking the turned, clickers, or bloaters, you can leave your flashlight on. A lot of this world takes place in dark environments and for the science side of the creatures continuing to go blind, it doesn’t register with them.

However, humans will not let you have this advantage and are not afraid of ranged gun and Molotov attacks. They will be HAPPY to introduce your dome to a bat or lead pipe.

The importance of the listening skill comes with how it works with different enemies. The zombies tend to make plenty of noise and the clickers HAVE to echolocate in order to maneuver. Humans have seen their survival instinct skyrocket and they will stop moving, will not talk, and thus become unreadable with the skill if they believe they are being stalked.

The enemies of this game will either stay in place, patrol or roam. For foes that stay in place, this is a good time to respect stealth and choke them out from behind if they are a regular zombie or human (or shiv them if they are a clicker). If they are patrolling or roaming, you can lure them into areas with either a bottle or brick (you can also stun them if you hit them with either). This can be a great way to get a group together and throw one of your explosives or a Molotov to spread the damage and run that enemy population down.

RELATED: Seeing Abby In The Last Of Us Part II

Less is more and saving supplies is critical (more on that later). The regular infected will either be standing still and sobbing or moving about. If you are careful these are some of the easier kills you will get into the flow of the game easily.

Clickers can be dealt with quietly, but if they catch you and you haven’t unlocked the shiv save it is one hit and goodbye cruel world. It is important to be aware of your proximity to them. Thankfully, because they are blind, you can run a short distance and crouch so that they lose their track on you.

Bloaters are ferocious in combat. They are relatively slow but will one-shot you and, if they aren’t close, they will lob “spore bombs” at you. Bloaters, like Clickers, are blind. However, putting faith in them not finding you after they detect you could become an unanswered prayer. In my personal experience, it is BEST to dispatch these with explosives or Molotov. DO NOT go all Leroy Jenkins and try to melee these creatures unless your ego absolutely cannot be tamed.

Ranged Kills: Keep Your Enemies At A Distance

In many instances, you will find yourself realizing that ranged kills are your safest bet, and other times they are your only option. There are no silenced weapons in this world (the bow and arrow isn’t a gun so there won’t be noise from it) so when you fire one, be aware that you are likely welcoming more than just your intended target. As stated before, humans that are aware of your presence and know that you are shooting will find cover and attempt to flank you.

The other enemies, either to their folly or yours, will charge you many times, head-on. Having high ground in addition to some space is the most optimal way to pick them off. The hunting rifle and the El Diablo both have scopes that can help you with your target practice. Otherwise, you’ll have to free-hand it slightly. The bow and arrow will show you a trajectory arch so you have some idea where your arrow will drop.

RELATED: The Last Of Us, COVID-19, And Internet Rage

Now that we’ve covered basic strategies, let’s look at a few additional tactics. Because this is the post-apocalypse, your adherence to strategy will rely on improving your firearms and character, the items you are crafting, and what you explore. You are not bulletproof, you are not bite-proof. Not every situation is going to need you spending scarce ammo and swinging weapons around like you need a home run.

Next, when you’re safe and done warding off the evils of the world you reside in, it’s time to improve. Improvements are available to both characters and firearms/ranged weapons. Finding herbs and supplements will allow Joel to improve his health, provide a shiv save, a range increase to what he can see when listening, and so-on. Throughout the world, there will also be scrap and tools which will prove paramount to making your firearms/long-range weapons the fighting force they need to be.

At a certain point, you will be unable to improve these weapons without gaining levels by locating toolsets. These will allow you to increase fire rate, clip size, kickback, and more. There are also survival or field guides that will allow grant you improvements to items that you craft (range around Molotov expands, it takes fewer resources to craft, or produces an additional item from the resources needed).

Craft, Scavenge, And Manage Your Resources

You are going to take damage and you are going to run out of things you need fairly often. If you aren’t taking stock of the limited supply of items you may have, you are going to have a bad time. Sometimes you aren’t just crafting these items for self-defense. For example, a shiv will need to be used to open locked or jammed doors, which are typically stashing a trove of good supplies.

Smoke bombs aren’t an offensive item, but allow you to sneak around and avoid someone trying to shoot you when you go through the cloud. Melee weapons are pretty great, but imagine if you had a shiv at the top of it. That is just one step away from a chainsaw arm, if you ask me. Crafting will have to become a sixth sense for you whenever you are not engaged in direct assault. An adage to remember for this is “Better to have supplies and not need them, than need supplies and not have them.”

There will not be a straightforward route to get the supplies you need. Exploring is paramount to finding ammo, supplies, recovery items, melee weapons, and so much more. Your attention to detail should be sharpest here, as some doors you find will be locked but can be opened if you sacrifice a shiv. You may be underwater looking for a method to transport Ellie but there are supplements or ammo in a corner further away. It also can prompt dialogues to be available (many of these can be optional and skipped, but for a full story you have to be thorough).

How Would You Survive The Last Of Us?

For a rundown of what we know: Noise is NOT your friend, point-blank, period. Do not try to run the gauntlet unless you absolutely must. Some interactions are one-hit for you while others will present the opportunity to be an assassin. Attention to detail will make sure you know how to approach them.

Ranged-kills ensure that you aren’t swarmed immediately and sometimes this is your best option. Improving your character and weapons will make sure that you are the juggernaut you need to be in the post-apocalypse when everything is out to get you. Staying up on crafting ensures you have options to combat if it decides to go left of how you wanted. Exploring will make sure you stay stocked up and are aware of what is occurring in the Last of Us world.

We hope you enjoyed our strategies for surviving The Last of Us universe. Did we miss any of your preferred strategies? Let us know on social media!