Howl From Beyond The Fog Review: An Indie Kaiju Masterwork

Howl From Beyond The Fog is indie Japanese filmmaking at its finest. 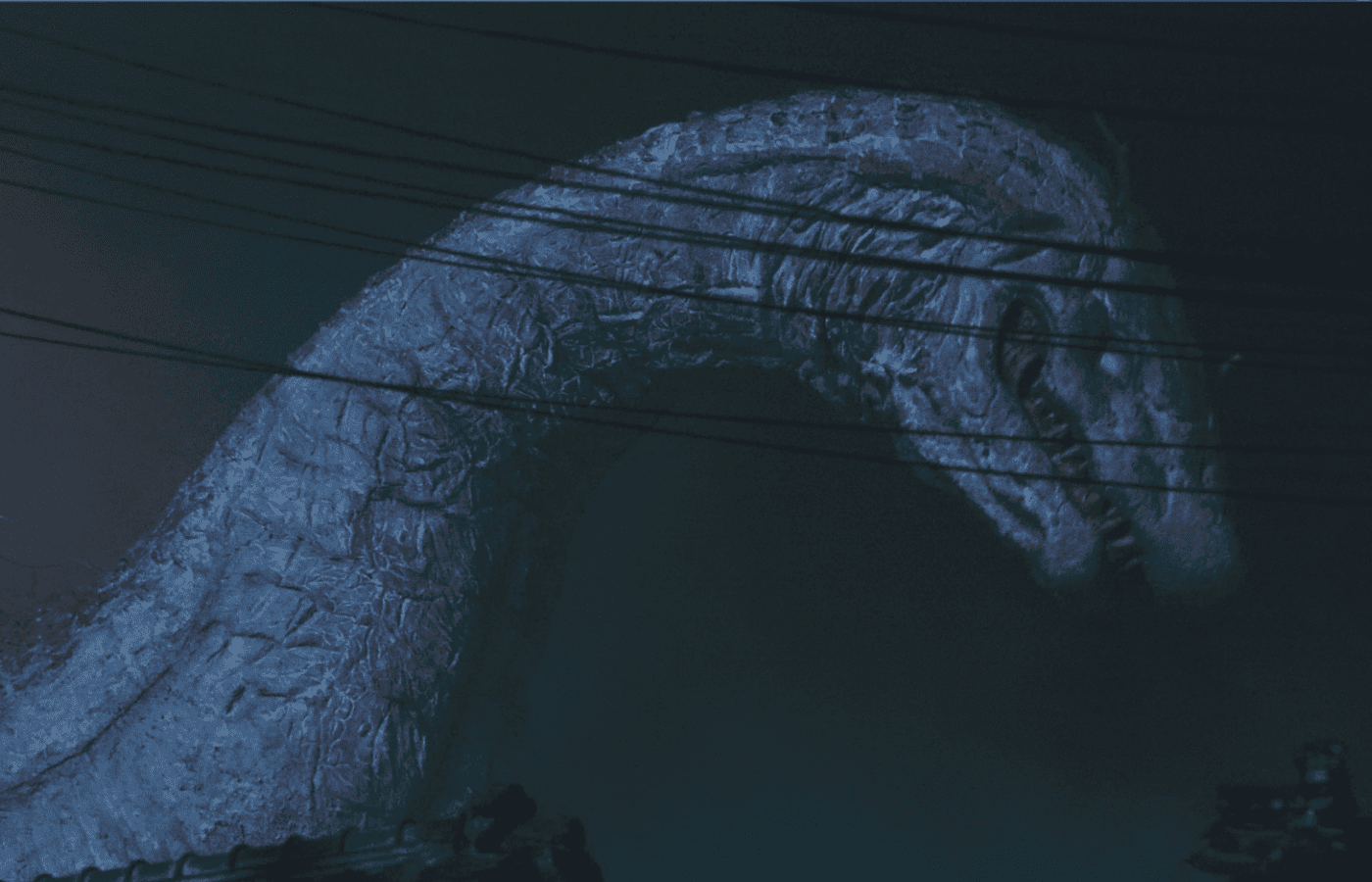 Howl From Beyond The Fog shows the power of indie tokusatsu filmmaking.

When I was around maybe six or seven, I used to sometimes stay up all night on Friday nights watching HBO looking for either monster movies or some weird piece of animation. Sure enough, there were a series of short animated films titled Animated Epics with each of them showcasing different mythological fables with unique animation styles rich and with an atmosphere that left me in wonder. And after watching Daisuke Sato’s Howl From Beyond the Fog, that feeling seemed to have awakened again.

Thanks to the indie physical media label SRS Cinema, we kaiju fans in the west are now able to watch this independent kaiju film legally and on Blu-Ray. I first heard about this film a few years back via its Kickstarter campaign around 2017 where it made 150% of its target goal. From there I followed production updates and heard about its preview at last year’s G-Fest, so the film became one of my most anticipated releases for the genre.

Originally starting as an adaptation of Ray Bradbury’s short story “The Fog Horn” (which was the inspiration of another giant monster film, The Beast From 20,000 Fathoms), Sato would transform his short film into a more original story and had veteran kaiju suitmaker, Keizo Murase, create the film’s kaiju Nebula. From there Sato and his studio Los Gatos Works would use Bunraku, a form of Japanese puppet theatre, to make one of the most unique kaiju films I have seen in years.

A Monster Blind Yet Full Of Vision

As a short film with a runtime of 35 minutes, Howl From Beyond the Fog has a very simple yet effective story. Taking place in 1909, the film follows our protagonist, Eiji, as he has to live with his distant mother after the death of his equally distant twin brother. From there he meets his blind cousin, Takiri, who is told by Eiji’s mother to never leave the house as “she’s supposed to be dead”. However, late at night, Eiji discovers Takiri walks to a nearby lake, where she regularly encounters a massive kaiju named Nebula who is equally blind and has a bond with the blind girl. But trouble comes when several greedy land developers are trying to buy the mother’s land, but soon realize this could lead to a deadly encounter between them and Nebula.

What makes the film works is that the puppeteering and atmosphere are so strong that you are able to 100% understand the story without the characters having completely expressive faces. Bunraku as a whole is a mixed-media performance with puppeteers, voice actors, and musicians who work together to convey the story to its fullest. The voice cast within the film helped sell the emotion behind the puppets and the most standout part of the film, besides the kaiju itself, is the score by Chouchou. From a very haunting theme for Nebula to some genuinely beautiful pieces of traditional-sounding Japanese instrumentals, Chouchou’s soundtrack is so good that if the film had no voiceovers, the music could convey the story completely without losing any of the story or emotional context.

Though a kaiju film isn’t complete without its monster star and Nebula shines as a tokusatsu marvel. Whenever Nebula is on-screen there’s this sense of fear yet awe, almost like you are seeing a god rather than seeing a plesiosaur-esque giant monster. Sato definitely keeps to the pathos of Ray Bradbury’s short story as the film takes its central themes of sight vs. blindness fully with Nebula. In the film, those who see seem to miss the bigger picture, while Takiri and Nebula can sense the true intent of those around despite their disabilities. The standout scene is definitely Eiji and Taikiri’s full encounter with the kaiju.

The Kaiju Genre Is Alive And Well

I am grateful that in this so-called “Kaiju Renaissance”, us westerners are getting much more diverse kaiju media. With their many releases of indie kaiju films, SRS Cinema is showcasing that kaiju films don’t need to be backed by major studios to exist. Howl From Beyond the Fog is a clear passion project full of love for the technique of both bunraku puppeteering and traditional suitmation that can hopefully inspire other filmmakers to create their own kaiju works. As while we lament seeing suitmation in major blockbuster kaiju films, it’s clear this style of filmmaking will never truly die.