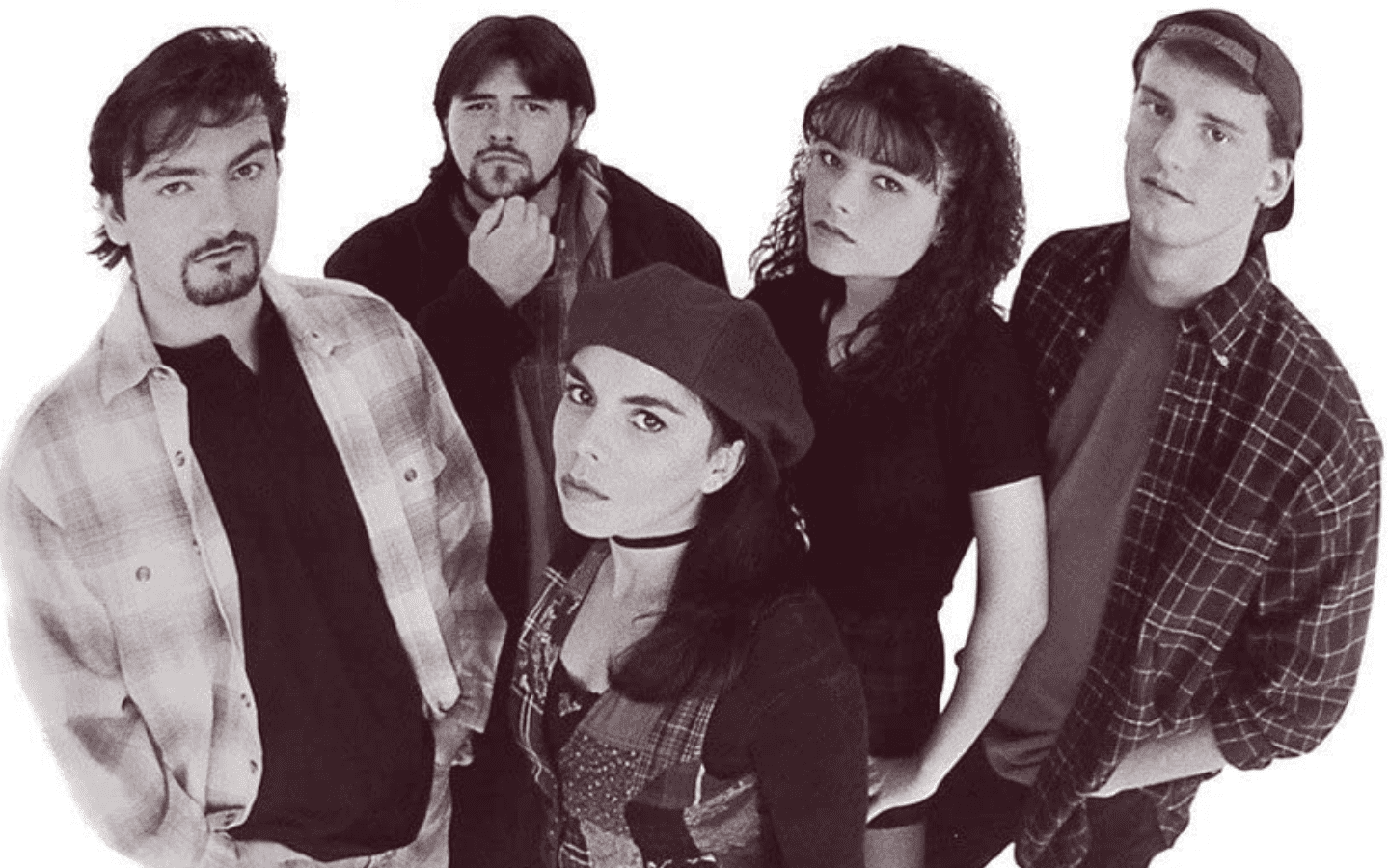 Clerks is a comedy film created by Kevin Smith. It is his first film and the first entry in Kevin Smith’s View Askewniverse. It stars Jeff Anderson, Brian O’Halloran, Marilyn Ghigloiotti, and Lisa Spoonauer. It was released on October 19th, 1994.

The film is about two best friends, Dante Hicks and Randall Graves. Dante works at the Quick Stop convenience store while Randall works at RST Video next door. The two spend their days making fun of customers, talking about movies, and hanging out with two weed dealers known as Jay and Silent Bob.

Today, we want to go over our favorite Clerks quotes. Let us know your favorite on social media.

1. “There’s a million fine-looking women in the world, dude, but they don’t all bring you lasagna at work. Most of them just cheat on you.” – Silent Bob (Kevin Smith)

3. “We like to make ourselves seem so much more important than the people that come in here to buy a paper or, God forbid, cigarettes. We look down on them as if we’re so advanced. Well, if we’re so fucking advanced, what are we doing working here?” – Randal Graves

6. “I don’t even see how you can romanticize your relationship with Caitlin. She broke your heart and inadvertently drove men to deviant lifestyles.” – Randal Graves

7. Veronica: You men make me feel sick. You’ll sleep with anything that says ‘yes’.
Dante: Animal, mineral, or vegetable.

8. “I hope it feels so good to be right. There’s nothing more exhilarating than pointing out the shortcomings of others, is there?” – Randal Graves

9. “A little word of advice, my friend, sometimes you got to let those hard-to-reach chips go,” – Dante Hicks (Brian O’Halloran)

10. Randal: I’m not going to miss what’s probably going to be the social event of the season.
Dante: You hate people!
Randal: But I love gatherings. Isn’t it ironic?

13. “‘Empire’ had the better ending. I mean, Luke gets his hand cut off, finds out Vader is his father, Han gets frozen and taken away by Boba Fett. It ends on such a down note. I mean, that’s what life is, a series of down endings.” – Dante Hicks

15. “This job would be great if it wasn’t for the fucking customers.” – Randal Graves (Jeff Anderson)

16. “My mom has been fucking a dead guy for thirty years. I call him Dad.” – Randal Graves

17. Dante: Hey! Any balls down there?
Jay: About the biggest pair you’ve ever seen, dingleberry!

What Are Your Favorite Clerks Quotes?

We hope you enjoyed our list of the best Clerks quotes. Did we miss any of your favorites? Let us know on social media!