Into the Dark’s Good Boy: An Interview with the Creators

An interview with Good Boy's Tyler MacIntyre, Aaron Eisenberg, and Will Eisenberg. 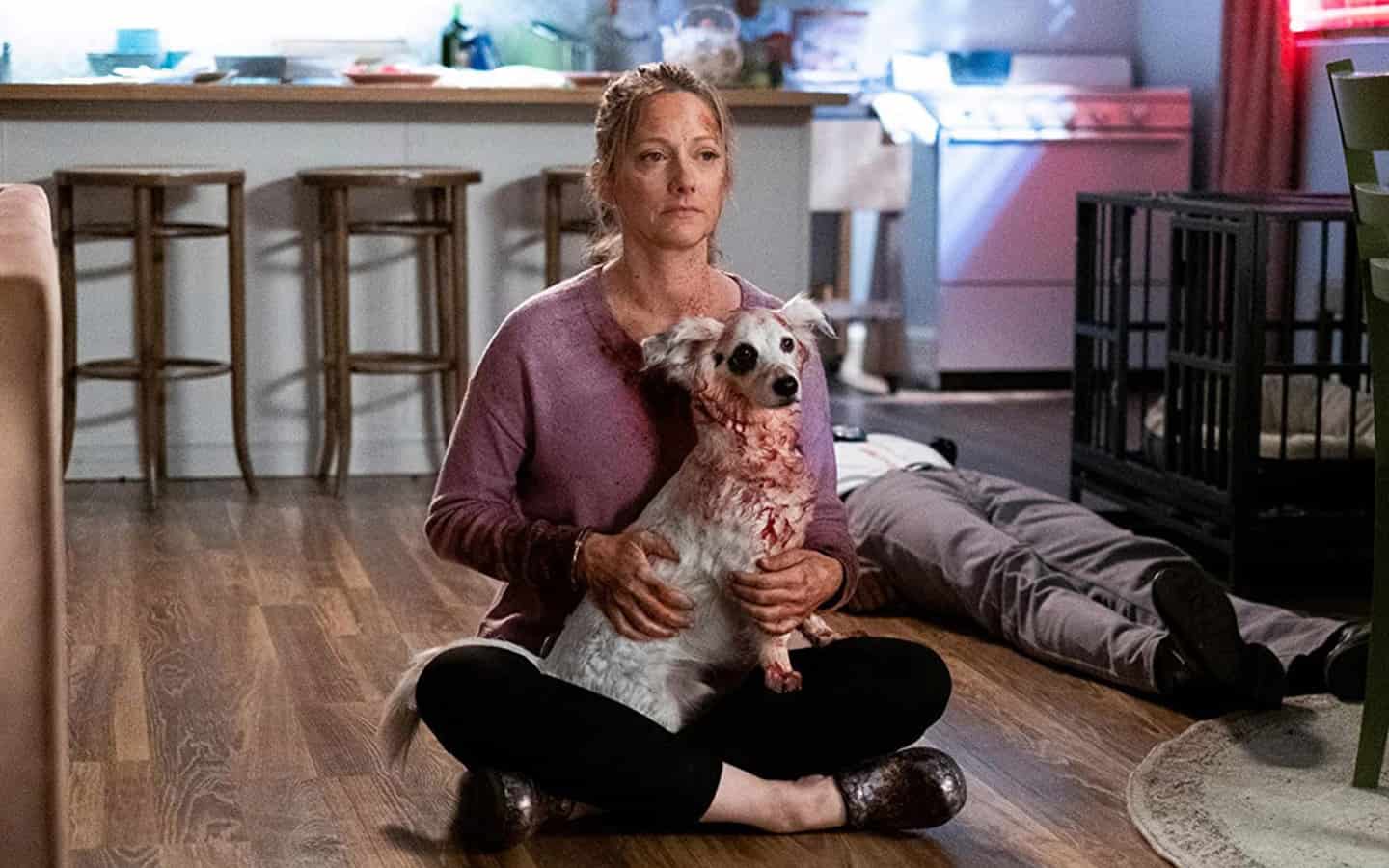 Blumhouse’s Into the Dark is an ongoing horror/thriller anthology series centered around holidays. The show is on its second season now and we’ve been gifted with perhaps one of the oddest holidays yet – Pet Appreciation Week! PHASR had the opportunity to speak with director Tyler MacIntyre along with screenwriters Aaron Eisenberg and Will Eisenberg.

Disclaimer: This interview has been condensed from its original recording.

Into the Dark as a series has been making some strides when it comes to current horror media, that’s streaming. How did your relationship with Blumhouse come about?

Tyler MacIntyre: Well, I’ve been pretty friendly with Blumhouse for the last few years, like me a lot of the people over there who are working there are big horror fans themselves. And so they often look into kind of what’s new on the independent horror scene. I had made my first movie, Patchwork, in maybe like 2014 and they had kind of liked that. Since then we’ve been looking for things to work on.

I started kind of my first meetings there as a direct result of that. Since then we’ve kind of pitched on open assignments. You know, I love the idea of like self-contained stories that kind of have that horror/sci-fi bent to them. And so I was paying close attention to the Into the Dark stuff and I knew some of the filmmakers that they were working with. So they actually at one point I was in talks to direct an earlier episode of Into the Dark but we couldn’t make the schedule work.

I was really happy when the script for Good Boy came around and they were looking for a director for that project. I was able to kind of pitch to them and we, fortunately, saw things eye to eye.

Blumhouse has been making a steady rise in the horror arena over the last decade. So streaming seems like they’re obvious next move to develop. What was the production timeframe like for Into the Dark?

Tyler MacIntyre: It’s short. You know, like like get somewhere between like an indie feature and an episode of television. Even though they’re all feature length, the schedules are a little bit more like a serious schedule. Then also the crew travels from like from episode to episode.

So it’s a little bit more like a like a serious atmosphere, even though the stories themselves are unique. Whereas I’m going to film, like you said, you kind of put the crew together for a one off project, whereas on a series, the director is kind of the person who’s the only new member. So this was a little bit more like an environment where you kind of come into a machine that’s already running very efficiently. And Blumhouse does a very good job of that. They have their crews that are up to do a lot with the resources they have very quickly.

Everyone is used to collaborating, and you kind of come in as a director and quickly assess, you know, what we’re looking at what’s possible and you can try to put your own spin on it.

Both Judy Greer and Dylan Arnold are Blumhouse alumni, apart from Judy. Did you have a say in casting Dylan?

Tyler MacIntyre: He came in and did a little bit of a cameo as a little wink for his involvement in Halloween. I think originally they were getting Jason Blum and I said “oh that’s interesting!” Then it ended up being that he was unavailable. But they all knew Dylan so they brought him in. And I really just had met him on the day. I mean I’ve seen Halloween and I remember him from that, but yeah, it was a fun scene though. You’ll get it – I think it’s a bit of a joke kind of at the end of the movie.

Is a Good Boy the first horror script you’ve written?

Aaron Eisenberg: Yeah! Good Boy is the first. I mean, it’s a horror-comedy hybrid, but I would say, yeah, it’s the first horror heavy script that we’ve written.

Will Eisenberg: Well, yeah, we’re primarily comedy writers. We like writing and in lots of different genres and kind of imbuing comedy into different types of movies, whether that’s, you know, in the past we’ve written for kids than adults. This is a first.

Was it fun to write horror?

Will Eisenberg: My dog is a rescue as well and, you know, there’s something a little bit creepy about him. You never know exactly what their backstory is when you get them and that was really interesting to us. There’s a mysterious quality, you know?

Like, where does he come from, and what happened to him to make him the way he is? Like, my dog hides in dark, in cramped spaces. He’s eerily fixated and obsessed with me. And we thought that, like, there’s something fun and almost scary about that, as cute as he is, which is part of his inspiration.

How did you go from that idea to what Good Boy ends up being?

Aaron Eisenberg: We wanted to make the relationship between the dog and its owner, (Judy’s character) a kind of co-dependent relationship that is somewhere between Bonnie and Clyde and mother and child. And the more we kind of thought about Judy, you know, as our inspiration for this role, she’s so chipper. We kind of just wanted to bring a lot of, like, what most people associate Judy with.

And so that was definitely something that was controlling our minds as we were, you know, scripting what Good Boy eventually became. We really wanted it to play into what Judy does best and then kind of subvert your expectations. Like shes not just this kind of cheery best friend always happy type.

What inspirations did you have in mind when writing the were-dog as the film’s star creature?

Will Eisenberg: Our initial influence was actually Little Shop of Horrors (1980), which is kind of a play on B-movie horror.

Aaron Eisenberg: It’s a be careful what you wish for story. So we really like that idea of what they want and then a thing that kind of turns their life around – but at a certain cost. So that’s why Little Shop was kind of the first thing that came to mind. But then we wanted to make the movie a bit more grounded… obviously the 86′ Little Shop is a musical. So there’s no music in this, I know what a bummer!

We wanted Maggie to have this very drab life. Maggie, you know shot for the moon to move to L.A., but kind of landed in the valley. And so we wanted to make sure that a lot of elements of the story were more realistic with this one heightened element being the were-dog.

We had a lot of different ideas for what the were-dog would look like. Referencing movies even like Annihilation, where you’re seeing kind of this DNA hybrid. But we actively kind of decided with Blumhouse not to reveal its origins.

We really watched The Sandlot growing up, I know that’s not a horror movie, but you typically associate these, you know, big scary dogs with massive Pitbulls and we wanted to turn that on its side a bit.

I remember as a kid watching The Sandlot loving it, and every time they did the story of the dog it scared the crap out of me! So it’s a bit of a horror movie, right?

Aaron Eisenberg: Haha right? There is something very scary about the beast in The Sandlot. And kind of for a long time the way Spielberg treated Jaws. There’s something terrifying about animals but we think that there’s also something even maybe scarier about animals that come off as disarming.

If you could write another holiday episode for Into the Dark, what holiday would you choose?

Aaron Eisenberg: Hm…damn. Hanukkah! You know what? Why isn’t there an Into the Dark about Hanukkah?

Special thank you to the creative team behind Good Boy for speaking with us! You can catch their furry horror comedy on Hulu today.