The Post-Hippie Fallout of Invasion of the Body Snatchers (1978) 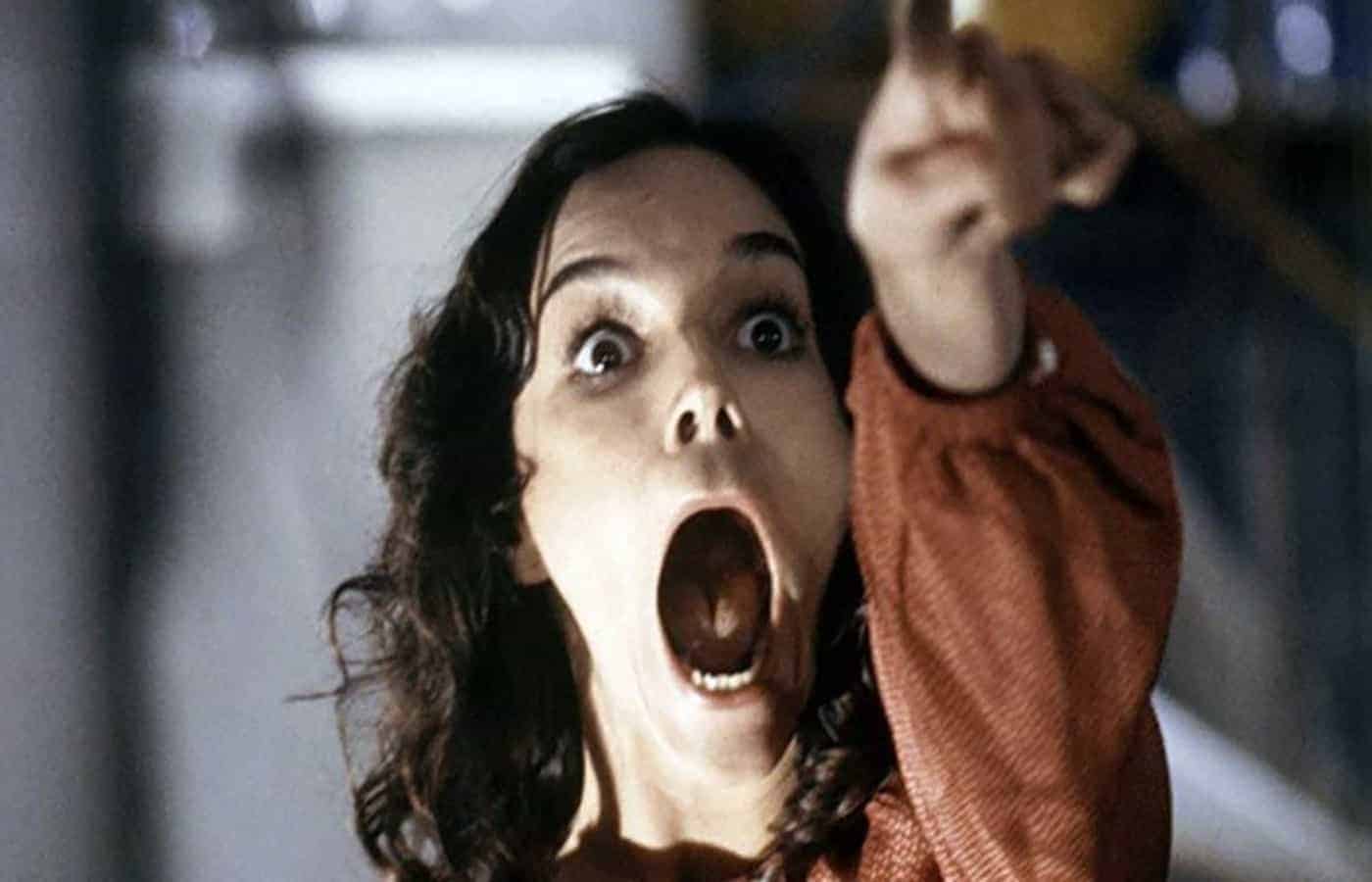 Invasion of the Body Snatchers (1978)

Invasion of the Body Snatchers seizes on anxiety that is simultaneously timeless and of its time.

Canadian actor Donald Sutherland was in three seminal war films between 1967 and 1970: The Dirty Dozen, M*A*S*H, and Kelly’s Heroes. Instead of playing traditional action heroes, however, Sutherland continually gravitated toward less traditional roles in these films: The Dirty Dozen finds him as a slow-witted criminal, M*A*S*H positions him as Hawkeye Pierce, a proto-slacker goofing off with his army buddies and ignoring the horrors of war, and Kelly’s Heroes sees him playing a hippie tank platoon commander who is literally named “Sgt. Oddball.”

In 1971, he’d play Jesus Christ in the anti-war film Johnny Got His Gun, and, after starring with Jane Fonda in Klute, he would soon find himself romantically involved with the noted activist and producing the anti-Vietnam War documentary F.T.A. In essence, Donald Sutherland spent much of the 1970s positioning himself as a counter-culture icon, so much so that he found himself playing a prototypical stoner professor in 1978’s National Lampoon’s Animal House, essentially inventing and codifying an archetype in the process.

That same year, Sutherland fans may have been surprised to see where the classic horror remake Invasion of the Body Snatchers placed him: as a civil servant working for the health department of San Francisco.

RELATED: The 50 Most Badass Movie Quotes

What is Invasion of the Body Snatchers About?

The initial cinematic version of Invasion of the Body Snatchers from 1956 has often inspired debate between individuals who believe it’s a parable about the fear of communism seizing the American populace and individuals who believe the film is an indictment of Joseph McCarthy and his tactics of political persecution. Director Don Siegel spoke more to the latter when he weighed in, saying, “the political reference to Senator McCarthy was inescapable but I tried not to emphasize it.”

It’s worth noting, however, that Siegel would spend much of the 1970s aligning himself, cinematically at least, with the right-leaning authoritarianism of Clint Eastwood, with Siegel directing the almost-explicitly fascist Dirty Harry. Thus, while Siegel may lean towards the anti-McCarthy reading of the film, his own personal politics might be expected to align more with the anti-communists and their reading of the film.

By 1978, the Red Scare had dissipated after the tumultuous events of the decade; the cliche of “communist menace” didn’t seem all that frightening compared to the state-sponsored brutality of the Vietnam War and the government’s betrayal of the Watergate Scandal. The counterculture fervor that had risen up in response to the Red Scare politics of the 1950s and early 60s was dying a harsh death.

As a result, as the prospect of remaking the film was coming to fruition, director Philip Kaufman found himself reconfiguring the premise, moving it away from the idyllic small town of Santa Mira to the hippie safe-haven and progressive center of the US, San Francisco.

San Francisco served as a critical center for the burgeoning of the counterculture in the 1970s, nurturing notable psychedelic rock bands like Jefferson Airplane and Moby Grape, while also seeing some of the most intense violence of the area, with frequent bombings and the presence of radical leftist groups like the Black Liberation Army and the Symbionese Liberation Army. By the late 1970s, things had settled down somewhat, though the assassination of Harvey Milk, the first openly gay elected official in California, would stir up those familiar feelings of progress slipping away.

Historical Context is Taking a Backseat

The characters of the film represent the strangeness of being in this city at this moment. Sutherland, with his curly hair and mustache, plays Matthew Bennell, who looks more like the stoned professor of Animal House fame, but his position in the Department of Health makes him more an authority figure than a conscientious objector.

He works with Elizabeth Driscoll, played by Brooke Adams, with whom he’s clearly infatuated, and there’s the implication that the infatuation is mutual. Elizabeth, however, is dating Geoffrey Howell, played by Canadian actor and unibrow enthusiast Art Hindle.

Elizabeth brings home a strange flower she finds in the park one night and, the next day, Geoffrey is acting strangely, being distant and cold to her. After following him around for a day, Elizabeth notices him meeting with strange groups of people and handing off packages as they go.

Elizabeth goes to Matthew, sure that something strange is happening with Geoffrey. Matthew encourages Elizabeth to talk with his friend, Dr. David Kibner, a new age psychologist who’s rapidly becoming more and more popular. Matthew says Kibner “would eliminate whether Geoffrey was having an affair, or had become gay, whether he had a social disease or had become a Republican.”

The line is something of a throwaway line in the context of the film, but it does reveal greater anxiety for this generation and these characters, anxieties that seem to illustrate much of the film’s subtext. If Geoffrey is acting differently all of a sudden, Matthew posits that perhaps he has become a Republican. For this generation in this area, there’s likely no greater sign of betraying the hippie ideals they’d come up with than flip flopping entirely and becoming a republican.

This anxiety must have been nagging at these characters more and more, as they get older, settle into day jobs, and lose their revolutionary zeal, especially as the conservatism of Reagan’s California starts creeping in.

By 1978, Jeff Goldblum had a few small roles in films like Death Wish, Nashville, and Annie Hall, but he was as far from being the icon he is today. With Invasion of the Body Snatchers, the persona that he’d first become notable for would come to fruition: the wiry, jittery neurotic.

There was no shortage of neurotic stars in the 1970s, but what helped the young Goldblum stand out was his overcaffeinated style of talking, with its unexpected starts and stops accompanied by bug eyes and gesturing hands. This style was put to good use in the film, with Goldblum’s Jack Bellicec portrayed as a restless and bitter young writer, one who considers himself more intelligent than the popular David Kibner. Goldblum portrays the burgeoning author like a beatnik remnant, as a bastion of a time now long passed.

His wife, Nancy, played by Veronica Cartwright, is a spacy hippie, prone to discussing alien conspiracy theories with the customers at her bathhouse. It’s either a sly joke on the film’s part or a vindication of her hippie theorizing that she is ultimately correct about the alien invasion at hand. It’s notable that both Nancy and Jack are significantly younger than Matthew.

It gives the impression that Matthew is hesitant to ditch his youthful hippie roots, keeping the company of young people that he can see himself in. In a sense, Matthew positions himself between two poles: on one side, Elizabeth, Jack, and Nancy, young people who are energetic and charmingly unusual, on the other side, David Kibner, reasonable, calm, intelligent, and successful.

The film seems aware of this dichotomy. It’s Matthew’s younger friend, Elizabeth, who first makes him aware of the pod people epidemic, and it’s his older friend, Kibner, who brushes it off as a “psychological flu.” Kibner sees it as perfectly reasonable that people settle down with age, losing their fervor and becoming boring. This metaphorical meat makes much of the film’s horror set pieces all the more effective. For instance, when Matthew falls asleep in the garden, and we see the pods begin working to duplicate him.

The sequence is gloriously squirmy body horror as we see the duplicate being born, but as Matthew awakes, the metaphorical implication works its way back in as Matthew finds himself in the position of having to kill his duplicate. He hesitates for a moment before bashing the duplicate’s head in, and at that moment, perhaps Matthew finds himself wondering if maybe it would be pleasant to live an easy, monotonous life, one without surprises or excitement.

It’s telling too that Nancy, the most transparently hippie of all the characters, finds herself as the last human in a world overrun with pod people. It’s not unlike the situation that many people of this era found themselves in: watching as their hippie friends transform into yuppies and Reaganites, turning their back completely on any sense of ideals they formerly had.

As they’re on the run, however, Matthew has difficulty keeping Elizabeth awake. They find themselves in a field, and Matthew holds Elizabeth, pleading with her to stay up, but she starts to drift to sleep anyway and, as she does, her body literally crumbles, the pod plants have gotten to her, and Matthew is forced to watch as the woman he loves falls apart in front of him, only to immediately be replaced by a cold, emotionless pod person.

If the film is, to some extent, about the fear of losing that youthful idealism, then this scene is ultimately a major climax. The younger woman that Matthew has found himself infatuated with effectively dies in front of him, and so too does his desire to behave like a young and restless hippie, the way he once would have. In Elizabeth’s place is a duplicate, content to be as plain and boring as everyone else. In response, Matthew makes one final effort, destroying all the pods he can and then running away. As the final scene shows, it was all for naught, as he’s just as much a pod person as anyone else around him.

Pessimism in Invasion of the Body Snatchers

In 1970s horror, it’s nearly impossible to ignore the turbulent circumstances of the decade, as many of the anxieties of the era are baked into the films being made during that time. The Texas Chainsaw Massacre was notably about misinformation in news media and the treatment of animals in slaughterhouses, while Dawn of the Dead shares many of the same anxieties as Invasion of the Body Snatchers, notably in the mutual fear that Americans are doomed to become bland, passive consumers making their way through the motions.

Invasion of the Body Snatchers seizes on an anxiety that is simultaneously timeless and of its time. When you’re young there’s always a fear of getting old, of losing that youthful sense of excitement and having to face the responsibilities and mundane anxieties that adulthood brings.

In the 1970s, that universal feeling found oneself even more dramatically compounded, as adulthood and the responsibilities of a 9-to-5 lifestyle meant the death of ideals and morals, a numbing acceptance of the idea that things were fine as they were, even if they were things that your younger self would’ve fought against with all their might. It was hard not to feel burnt out in the 1970s, and few films capture that sense of watching a collective dream die like Invasion of the Body Snatchers.