Invincible Episode 4, "Neil Armstrong, Eat Your Heart Out," gives the audience a lot to work with. 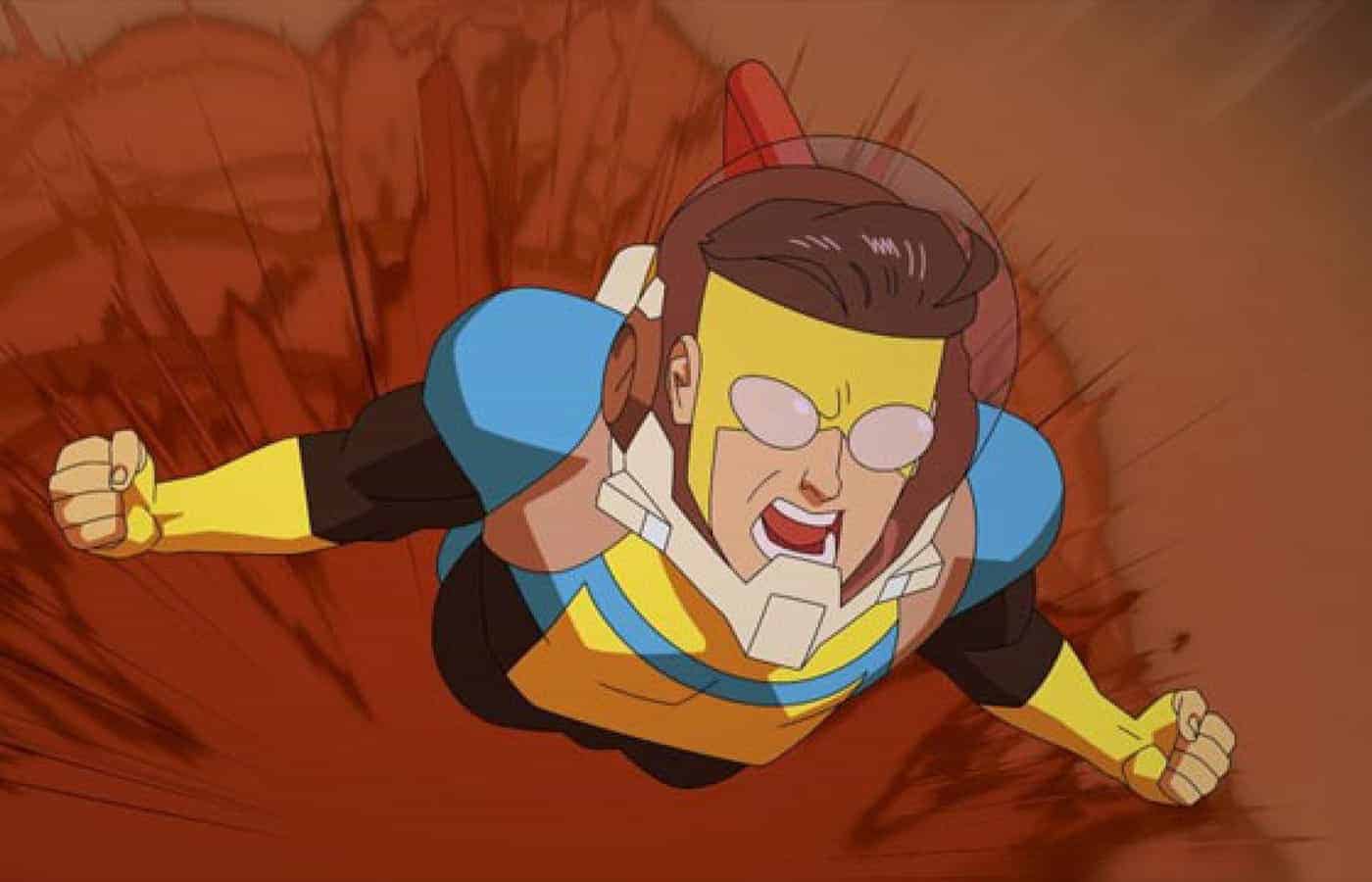 You have to walk before you can fly. Invincible Episode 4, gives the audience a lot to work with.

Almost every B Plot that has been introduced so far is revisited in this episode. Invincible continues his training with his Omni-Man, Damien Darkblood continuing his investigation of Omni-Man, and Robot being even shadier than before. I’m going to cover some of the scenes and go over my thoughts on them. Obviously, this is a review of the fourth episode in a series, so there will be SPOILERS AHEAD.

Mark Grayson, our half Viltrumite hero, is sent on a mission to Mars when Omni-Man refuses to do it himself. The mission is pretty straightforward: protect the first four astronauts to step foot on Mars without being seen. Sounds like an easy enough mission until you remember this is a world where dragons can attack at random and alien invasions are more common than head lice. Predictably, while being distracted on his phone, Mark loses sight of the astronauts, and they are kidnapped by Martians.

While he rushes to correct his mistake, the Martians and their problems are interesting enough, but the show never forgets to showcase Mark’s human side. He’s a flustered teenager thrust into a job usually set aside for adults, something we can understand and relate to despite leaving Earth. He has moments of fear and confidence, and emotionally he rides that rollercoaster realistically while saving the astronauts.

He’s far from perfect and grows a little each time he’s pressed, ironing, and revising both his resolve and his identity. I foresee a lot of character development for our boy, especially with his dad acting so suspiciously.

Catching up with my favorite character Debbie Grayson, she’s becoming wary of her husband, aware he’s hiding something from her. In this episode, we see Debbie meeting with Olga, the widow of one of the Guardians; they talk about their husbands, which only deepens Debbie’s worries. Nolan has been acting differently since Mark developed his powers. He’s clearly hiding things, acting more aggressively, and she rightfully calls him out on it. Nolan apologizes and tries to make it up to his wife by taking her on vacation.

I love how Debbie is written in this show, she doesn’t take Nolan’s shit at all, and I’m all for it. He could snap her spine with one finger, and she doesn’t have a hint of fear in her when raising her voice at him. It feels so real. The argument they have really shows their bond as a couple. They’ve clearly been through their fair share of struggles and emotional spats, but they both want to make things work and come through for each other.

Even with the questionable behavior Nolan has been up to, it seems that when he tells her, he cares he actually means it. There are layers to him, realistically portraying him as a fleshed-out antagonist that isn’t just one note of evil, and Debbie isn’t just the “loyal mom figure”. Both characters are written to feel like real people with actual wants, needs, habits, and quirks; both have fears and moments of pride or self-doubt. I want to see how the two of them grow apart or together, and I’m very much looking forward to seeing what Debbie does next especially.

Continuing the theme of characters being shady, we have Robot, ex Teen Team member and now current head of the new Guardians of the Globe. In the previous episode, we saw Robot hacking into some form of prison for supervillains in order to release The Mauler Twins. The Twins were a detail I left out earlier as I don’t want to give every single little detail away in this incredible show. The Mauler Twins are two big brutes who constantly argue over which one of them is a clone; they were arrested after trying to attack the White House.

The original Guardians defeated the “brothers” with the assistance of Omni-Man, and now the leader of the new Guardians is releasing them from prison. Robot keeps this shady shit up when he steals a vial of blood from Rex Splode, one of his own teammates.

The end of the episode had my favorite scene. We see Damien and Nolan square off in a super tense shouting match. Nolan is angry Damien broke into his house and scared his wife, but Damien makes it clear he still very much suspects that Nolan was the one that massacred the Guardians. Everything boils down to the final lines between the two, where Damien seems to consider having Omni-Man investigated, but Nolan counters with a potent “Who are they going to believe? Their hero, or a demon?”

A spoken battle between the two is so beautifully written and threatening that it makes the hairs on your neck stand on end. It kept me on the edge of my seat, and I can’t help but wonder who will make the first move. The next time we see our demon detective, he is being betrayed by Cecil of the GDA. Cecil has found a way to send Darkblood back to Hell to prevent him from interfering with his own investigation of Omni-Man, which gives us the biggest reveal yet. Cecil knows that Omni-Man killed the Guardians of the Globe; he just has to understand why and how to stop him.

All in all, episode four was just as excellent as the first three. As more blood is spilled literally onto the title screen- and tensions get higher, I can’t wait to see where this show goes next. Liberties have been taken from the original comics, but I can’t find anything they’ve changed that wasn’t executed well. The characters all feel so fleshed out it’s impossible not to get invested in their individual journeys.

Keep up with our episode by episode review of Invincible by subscribing to our weekly newsletter!