Five episodes in and what else is there to say? Invincible is a damn good superhero show! 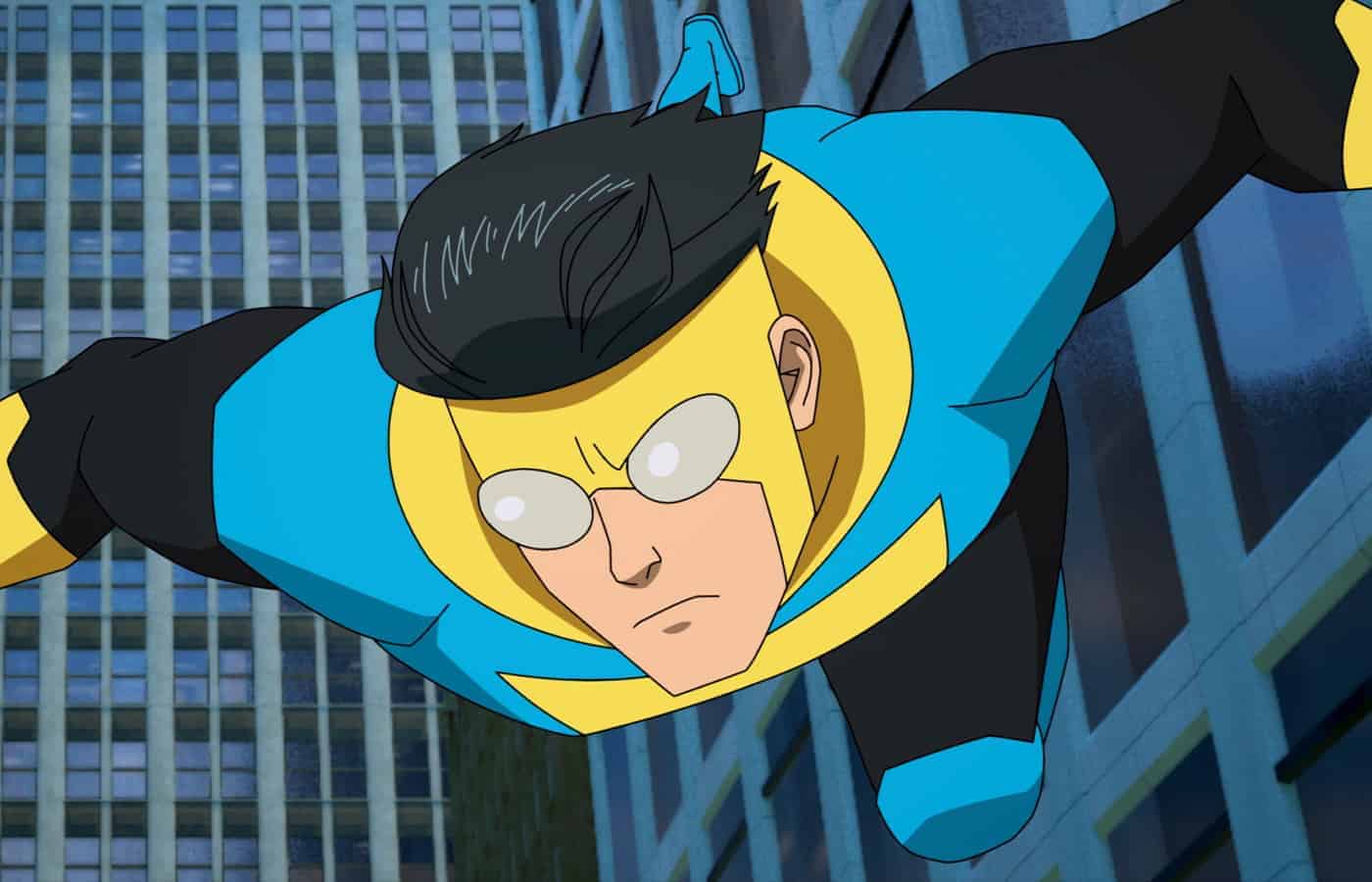 What else is there to say? Invincible is a damn good superhero show!

Episode 5 begins the second half of Invincible Season 1. With the narrative switching gears and focusing primarily on our titular hero, I can say we are inching towards an exciting and gruesome second half.

With several plot threads going on at once and the series changing details here and there from the source material, I’m unsure of what the eighth and final episode of the season will end on. I can, however, be sure that the show is keeping up the pace and building up momentum for something big.

After finding Damien Darkblood’s notebook, Debbie Grayson is growing more and more suspicious of her husband, Nolan, aka Omni-Man. She uses a bit of her own sleuthing skills and uses an around-the-world shopping list as a trick to keep her super-powered husband out of the house so she can search for evidence.

Debbie loves Nolan, but it is now apparent he committed a heinous crime, and she doesn’t want to confront him about it empty-handed. Her suspicions of him leave her feeling distant, the worry of what could be happening consuming her every thought.

Nolan himself, on the other hand, is getting serious about training his son to be a strong superhero. This training gets so standard and intensive Mark struggles to keep up his grades in school and make time with his love interest, Amber. Mark is on thin ice already as the episode begins as Amber makes it clear she is tired of Mark being late or completely flaking on her and never having a good excuse for it.

Amber talks with a classmate and Mark’s partner in fighting crime, Atom Eve, and decides to give him one last chance, to give a hand at the local soup kitchen.

There’s a reason the whole double life struggle of being a superhero is done so much. It makes Mark relatable; regardless of who you are, we’ve all had days where we just felt we didn’t have enough time to do all the things we wanted or needed. Balancing a job, school, and a healthy social life is difficult already.

Adding a second job where you have to put your life on the line will cause one of those things to suffer. Is it a little overplayed in the genre, possibly, but I feel that it’s not a bad thing as long as it’s written well.

In this episode, a faceless figure returns the rock skin man from the series pilot who Mark fought as his first heroic attempt. The man goes by Titan, and we are given a glimpse at the kind of life he lives. Basically, he’s Sandman from Spider-Man 3, earth powers, sick child, needs money, working for people more villainous than he is.

Titan gets Invincible’s attention by almost writing his name on a rooftop. He tells Invincible about his boss, a vindictive gang boss named Machine Head.

Mark contemplates helping someone he already knows to be a criminal and discusses it with his parents. His father tells him not to get involved, don’t trust a criminal, and as a Viltrumite he could do a lot more for the world fighting, such as off alien invasions or redirecting incoming meteors.

On the other hand, his mother tells her son some more noble advice, that it’s up to Mark to decide what kind of hero he wants to be and that helping his fellow man is never to be looked down on.

When Mark and Titan go to confront Machine Head, we see one hell of a battle. Machine Head reveals his superpower: being rich as shit. The gang boss has hired the toughest guys money can buy, and in a world of superheroes, that kind of power is no joke. This is the first time in the series where we see Invincible honestly struggle in a fight. He gets absolutely brutalized.

Obviously, Mark can’t volunteer at the soup kitchen if his guts are hanging out, which will lead to a confrontation with Amber in a future episode.

More troubling for me though, is the reveal in a later scene where it’s revealed Omni-Man was right about Titan. We see Titan taking over Machine Head’s business and how he tricked Invincible into being muscle for a criminal, just like how Titan was.

This is accurate to the comics, but just for me personally I wish this is one of the things that was changed. Omni-Man has already been shown to be judgemental at times and a cold-blooded murderer at the worst of times. Having him be right, especially about this kind of thing just rubs me the wrong way.

There’s a plot point in the comics that so far has been completely ignored in the show. I hope I’m not shooting myself in the foot right now, as this might be incorporated since we still have three more episodes to go. In the comics, there’s a terrorist who is turning high school students into unwilling suicide bombers.

The terrorist is later revealed to be one of Mark’s teachers. This part of the comics, I’d say for obvious reasons, has been entirely omitted from the show so far. I’m not saying the stuff with Titan diminishes my appreciation for the series. All I’m saying is, if cutting or changing elements from the comics is an option, I just wish Titan was genuinely a good guy in a bad place. I mean he already has so much in common with Sandman.

The episode wraps up with a mid-credit scene of GDA scientists doing experiments on Mark’s blood. This is most likely to find some kind of weapon against Viltrumites, so they can be prepared to handle the murderous Omni-Man. We’re halfway through Invincible now, and if you’re still not on board, I don’t know what else to say at this point. It’s a damn good show with damn good writing, damn good characters, and just damn good overall.