This week I got to chat with Jason Cook, the creator of the comic series Blake Undying. 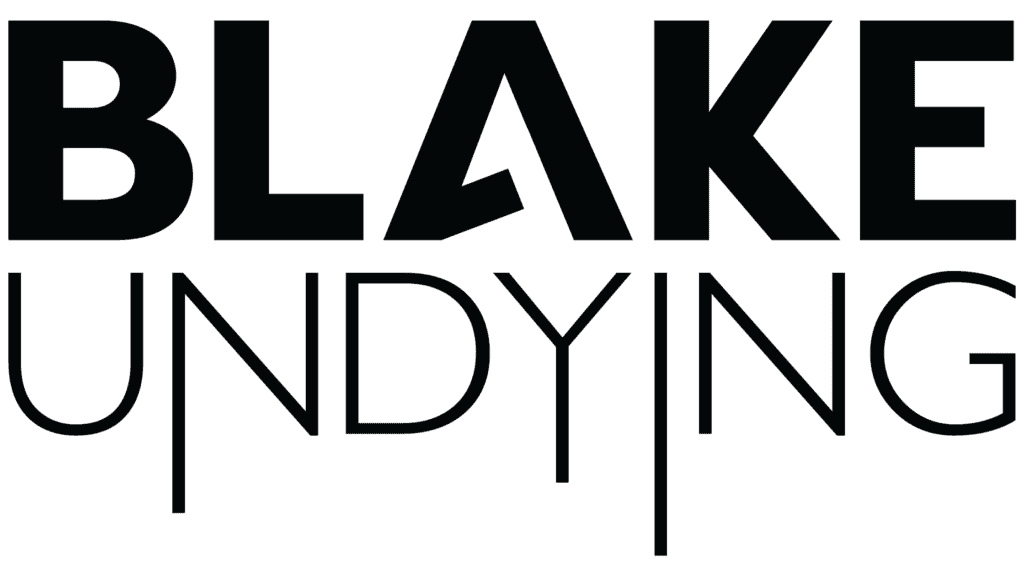 An Interview With Jason Cook

Thank you for chatting with me today! Please tell the readers a bit about yourself and the work you do.

Jason Cook: Hi Aaron, and hello to your Effective Nerd readers! My name is Jason Cook, and I am the creator and writer behind the indie comic Blake Undying. The tagline for the comic is “Suicide is the Worst Way to Find Out You’re a Superhero”, which should set the tone as a story with darkly comedic roots.

The eponymous Blake discovers that he cannot die, and through the series learns that he is slowly becoming harder to kill. This ticking clock forces him to take desperate action and become a superhero, hoping that through media coverage eventually, he will provoke a supervillain with the evil genius necessary to discover his weakness and kill him. I like to call it a Post-Modern Age superhero story, taking a fresh look at classic superhero tropes through the lens of a (mostly) realistic setting.

Blake Undying is an awesome comic book. Where did you come up with the idea for it?

Jason Cook: I wrote an article about this on the blakeundying.com website called “The History of Blake” last month, actually. Unlike most of the ideas I have for stories, I can pinpoint the exact time and date I had the seed of the idea. September 25th, 2006 at 8:10 PM Central time. Hayden Panettiere was climbing a rusty structure of some kind while Thomas Dekker filmed her from the ground. She climbed over the edge of a platform and fell a hundred feet to the ground.

After a moment she got up, popped her broken or dislocated shoulder into place, and was fine. The thought that went through my head at that exact moment was, “Wow. It would have sucked if she really were trying to kill herself, and that’s how she found out she couldn’t.” So you can thank NBC’s Heroes and Tim Kring for the thought that eventually became Blake Undying.

Making comics is often a collaborative process between writers, artists, and publishers.  How do you build relationships and approach cooperative work?

Jason Cook: The unfortunate truth is that I can’t draw worth a damn, so I knew that I had to build a team to work with in order to bring the series to life. Through various artists groups, I posted the recurring gig and put together our ragtag art department after an extensive search. It was important to not only find talented artists within my budget but more importantly to find people who could work well with me and the rest of the team.

I think I’ve been very lucky in that respect, working with very talented artists and colorists who have been willing to use my script and layouts as a jumping-off point but still bring their own ideas to the table and offer different options. Typically by explaining the intent behind the panel layout and the meta-narrative that it supports, they will deliver exactly what I want or an option that I like better. It’s very important to me that they know that the best idea will win, and it isn’t always going to be mine. At least not in the art department, I’ll still bigfoot the hell out of them on the story.

Making comics takes a lot of time and energy. What do you do to stay productive?

Jason Cook: Wow, its a bit of a unique situation. There was a 10 year period or so where the rights to Blake Undying had been licensed by a production company that did not end up developing the IP. When the rights reverted to me, I had a backlog of stories and ideas that I’d filed away because I never thought that I’d get to play in the Blake Undying sandbox ever again. In my mind, that ship had sailed, and I was resigned to that fact, but there was still a five-year plan for the complete story arc just sitting there in the back of my mind in the “would have been nice” pile.

Ten years ago, crowdfunding wasn’t really a thing, so licensing the property was the only way it was ever going to see the light of day. Now, I can publish directly to the reader and not have to worry about studio oversight/approval. Having the opportunity to drive this series forward personally is something for which I am incredibly grateful. That and hearing the feedback from the fans is all the motivation to stay productive I need.

What are your biggest obstacles when it comes to making comic books? How do you overcome them?

Jason Cook: My biggest obstacle at this point is raising Blake Undying’s profile in the comic community. I am a literal nobody in the industry, trying to introduce an unknown property that has… let’s say ‘difficult to market’ themes. Overcoming that is still an ongoing process, involving advertising, interviews, and overall networking with other indie creators who have been down in the trenches for years while I’ve still been bootstrapping up my tiny studio.

Thematically, suicide is a touchy subject, and I’ve heard many heartbreaking personal stories from fans who have had experiences with friends or family members who have been affected by it. I hear feedback all the time from people who had initially been skeptical of the premise, especially as a black comedy, who were won over when they saw how it is actually handled through the series. All of these obstacles were in mind when I decided to release the first issue of Blake Undying for free digitally, so I could prove myself and my story to everyone. I have the confidence in Blake Undying to invest in it, and in my potential readers. Giving away the first issue removes that entry barrier, and gives potential readers a chance to see how I walk the tightrope of good taste.

How do you foster your creativity? Do you work at it or wait for inspiration?

Jason Cook: It’s a bit of both. I’ll be kicking around ideas in the back of my mind as I do other things during the day, or in many cases, random ideas will spin-off and become important on their own. I have lots of notebooks or post-its with scribbled ideas that occur to me as I go through my day, some of which eventually accrue enough detail to become actual plot elements. Some are just idle thoughts that make me laugh. Eventually, when I sit down to write a script though, I definitely work at it.

Scripts will go through multiple revisions, polishing dialogue, reworking the action. I liken it to the stories of Japanese master blacksmiths folding the steel of a katana over and over again to give the metal strength. Nothing ever comes out perfectly the first time, and there are always ways to make the story better.

Do you ever have any performance/release anxiety when it comes to showing your work to others? If so, what do you do about it?

Jason Cook: Of course! I don’t think there’s a writer out there who isn’t overly neurotic about their own work. I don’t let it hold me back, however. Once I have a script polished to the point where I’m ready to move ahead I have a few trusted friends who I run it by and get their thoughts. The key for me is to remember the axiom “feedback is fact”.

If a person doesn’t like the script, it’s important to understand why. Was the plot unclear? Could the action have been framed better? Was a character or storyline not receiving the reaction I expected? Regardless of whether or not you agree with the feedback, it’s up to you to make changes based on that feedback to ensure that the audience is getting the story that you intended to tell.

What advice can you give to people who want to start making their own comics?

Jason Cook: Be a better artist than I am? Seriously though, unless you happen to be an artist yourself if you have a story to tell you’ll need talented artists to bring your ideas to life. There are multiple websites and groups that have artists showcasing their work and are open to commission. That’s the key point, however: be prepared to pay for artwork.

If you are not confident enough in your own story to invest in it, why should an artist invest their time and effort into it? Artists are constantly being hit up for work for free, promising exposure as a reward. That’s just not a sustainable business model or basis for a good working relationship. As a guy who can’t draw worth a damn, I make sure to give my artists Ezequiel Rubio and Seb Valencia the respect they deserve. I work closely with them to discuss the script, clarifying any questions about my descriptions of each character and/or scene.

From roughs based on the script, I clearly communicate my intent with each panel and identify necessary changes early to limit any wasted effort. Once the finished inks are approved, we all work with our beloved colorist, Jovanna Plata to bring the right color palette to each page, enhancing the artwork and the tone of the story. So respect, planning, and clear communication. After that? You got me, I’m still working on it.

Do you have any upcoming events/projects/releases you would like to discuss?

Jason Cook: We will be launching a Kickstarter campaign for Blake Undying in October to print physical issues of #1-3, and going forward we will continue to do so on an issue-by-issue basis. Issues #2 and #3 are nearing completion already, and we’re hoping to have them complete before the campaign ends so that we may do digital fulfillment immediately, followed by physical rewards after the fact.

Thank you for taking the time to do this! Where can readers find you and your work?

Jason Cook: Additional information, as well as the free first issue of Blake Undying can be found at blakeundying.com, or we can be reached directly on Twitter or Facebook @BlakeUndying. We’d love to hear people’s thoughts on the project, and let them know what else we’re working on.

Where To Find Jason Cook

A huge thank you to Jason Cook for taking the time to chat with me this week! Make sure to check out Jason Cook and Blake Undying at the following locations: