This week I got to chat with Jason Engwer, the creator of the webcomic series Hedgehoggins! 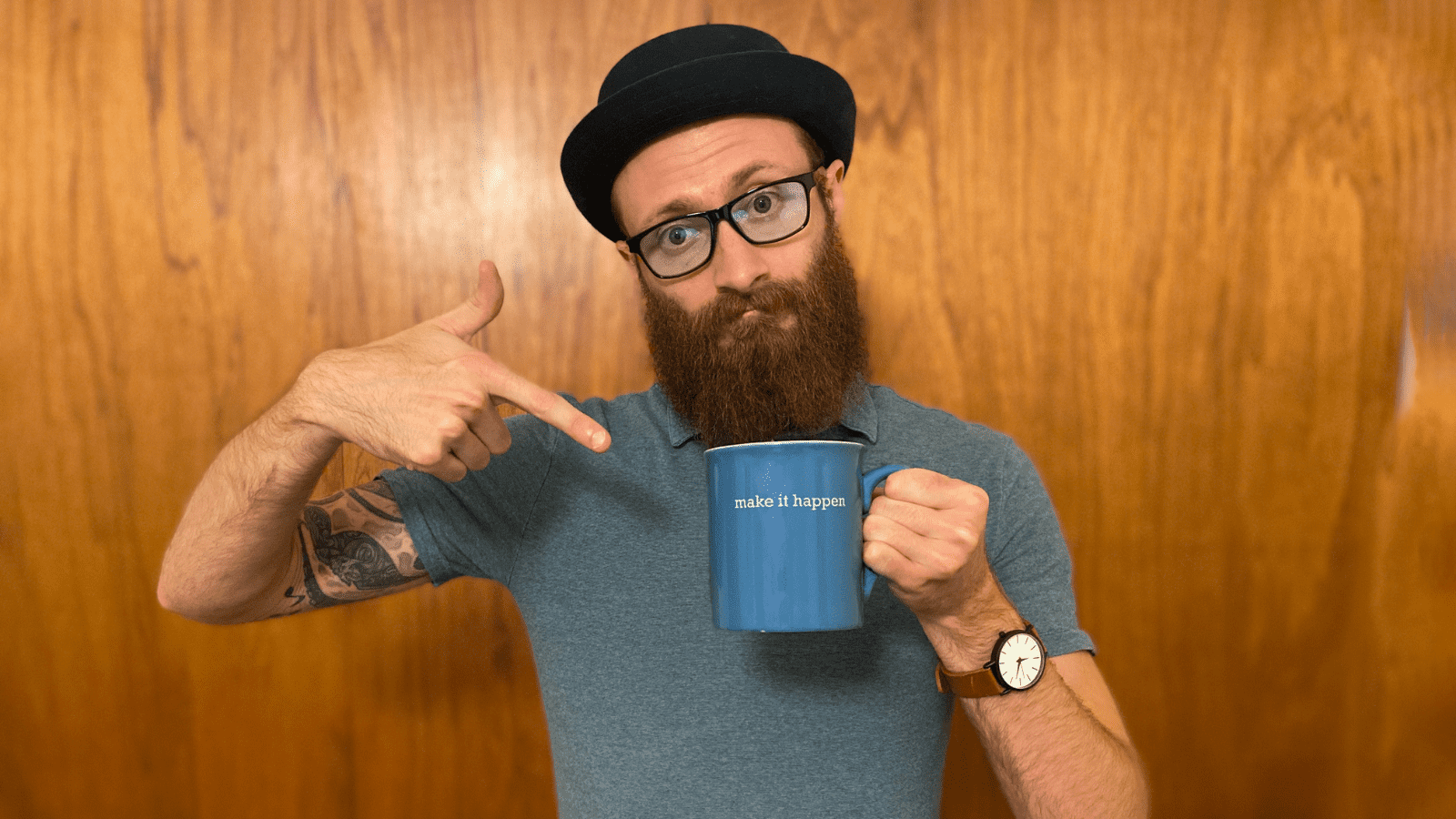 An Interview With Jason Engwer

Thank you for taking the time to chat with me! Please tell the readers about yourself and the work you do.

Jason Engwer: Hey there! My name is Jason Engwer and I’m an amateur graphic designer and comic illustrator. I currently make a webcomic series called Hedgehoggins, which follows the light-hearted, silly adventures of a little hedgehog and his friends in a world that is not all that different from our own.

How long have you been drawing and making comics? How did you get your start?

Jason Engwer: I started making comics at the start of this year. I had originally taken up graphic design after being laid off in the summer of 2020. I used to be an order processing specialist for the logo department of a PPE company and would work with customers, sales reps, warehouse teams, and graphic designers in the marketing department.

I was always interested in the work the graphic designers did and they were also wonderful people to work with (you could say they inspired me to pursue more creative ventures after I was let go). I’m honestly not particularly gifted at drawing, however, I am pretty computer savvy. So after taking many online courses I was able to start combining my graphic design skills with storytelling and joke writing to create little webcomics like the ones I enjoy so much myself.

Where did you come up with the idea for Hedgehoggins?

Jason Engwer: At the start of the new year I had finished many of the online courses and I began thinking of new projects I could take on. I had been following comic artists like Nathan Pyle, Liz Climo and Reza Farazmand on instagram for a few years and I think seeing their work kicked up the question “What if I made my own webcomics?”. I began thinking of premises and characters and I always thought it was funny to see animals possess human traits, so I knew I wanted to build a world with that in mind.

In thinking about who I wanted as a main character I came up with a little hedgehog, but I wanted to make him unique and different from characters I had already seen. The first goofy idea that came to mind was “Well…what if he wore a three-piece suit like a detective?”. I had a general image already in my head (basically if a cute hedgehog was Sherlock Holmes), but the little guy needed a name. Nathaniel Hedgehoggins sounded old-timey and stylish so I started with that.

What would change however would be the detective concept.

I quickly ran into trouble and anxiety when trying to come up with stories around the idea of a hedgehog solving crimes. I took a step back and had an idea that I think many of us have when creating something new. I said to myself “Write about what you know.”, and from this point Hedgehoggins became loosely based on me and my own experiences. In doing this I found freedom to write about the silliest of adventures, and I had my own life as a reference. From here I shortened the name to just Hedgehoggins and started crafting little stories, everything from the simple to the spectacular.

Making webcomics takes a lot of time and energy. What do you do to stay productive?

Jason Engwer: Caffeine is a good start haha. For me, I’ll try to set aside a time to sit down and work on a new comic. I’ll throw on some chill music, brew a cup of coffee and begin to grind it out. I think it’s important to set up your workspace so it’s comfortable and distraction-free. Luckily I’ve been able to build enough restraint when it comes to checking social media and surfing the Web when I’m making comics.

It can be good to give yourself a break and check the ole Instagram/Facebook/Twitter, but just be sure to not get sucked into the content for too long. To help with that, it might be good to set an audible alarm or timer on your phone (maybe an hour or two after you start working), and maintain focus on your project until that alarm goes off. Since we don’t always do what we tell ourselves to do, having that alarm or timer can go a long way in keeping you on task.

How do you foster your own creativity? Do you work at it, wait for inspiration to strike, or something else entirely?

Jason Engwer: I think creativity and inspiration can hit in many ways. If I ever get a random idea for a bit, I’ll make notes for it in my phone. This includes everything from scripts to general story arcs and jokes. I usually take those notes and hash out a hand-drawn mock-up for the comic.

As I mentioned, my drawing abilities are not great, but sketching an idea out gives me something of a template to work with when I jump into the software to make the digital comic. What’s cool is I’ll sometimes get new ideas for a better punch-line, or dialogue, or even a different setting for the comic just by making the mock-up.

When I want to take a more direct and immediate approach to writing, I’ll start by reviewing what things are happening in my life or out in the world. You can get inspiration by reading a news story or checking out old photos you took. Sitting down and actively writing can help bring about ideas you may not get when waiting for the spark of random inspiration.

You can take something as simple as being disappointed in the lack of desired food in your kitchen, and turn it into a bit about a Kraken living in your fridge (which inevitably leads you to order take-out instead).

Burnout happens to the best of us. What strategies do you use to reduce stress and stay motivated?

Jason Engwer: I usually limit myself to one digital comic rendering, one comic script, and one mock-up a day. It’s good to set reasonable goals for yourself that push you forward but also aren’t too difficult or demanding that it takes away the joy of what you’re doing.

Sometimes I’ll take a step back from one idea and work on a different one instead. This can be helpful in clearing my head (especially if I was running into a creative block with the initial idea), however, I try to avoid making it a habit as it can be easy to fall into a path where one does that each time they have obstacles and ends up with a pile of unfinished art pieces. Basically, I try to find a happy medium between powering through a creative endeavor and taking breaks when the time is right.

Outside of making webcomics, what do you do for fun?

Jason Engwer: When I’m not making comics, I’m writing music, baking, playing video games, hiking (aka: getting lost in the woods), and taking care of my little plant family.

What advice can you give to those who want to make their own webcomic series?

Jason Engwer: My advice for anyone wanting to make their own webcomics (or any type of art for that matter) is to make that first leap and start creating with a genuine, honest effort. You may find that you dislike the initial medium you chose, but by doing that you brought yourself one step closer to finding the type of creative work you can fall in love with.

Also, don’t sweat the number of “likes” or attention you get at first. If one person enjoys what you create, then know there are A LOT of others just like them who will love to see what you can do.

Do you have any upcoming releases, events, or gigs you would like to promote?

Jason Engwer: Right now I’m slowly building up an audience for my social media pages, but I’ll be looking at transferring some of my art to more physical mediums (perhaps for purchase!) in the near future. I’m also looking at getting a website together which will feature my comics as well as additional exclusive content (more on that to come in the later months).

Thank you for chatting with me this week. Where can the readers find you and your work?

Check Out Jason Engwer And Hedgehoggins!

A huge thank you to Jason Engwer for taking the time to chat with me this week! Make sure to check out Hedgehoggins are the following locations: