Let's re-examine one of the most infamous horror sequels in genre film history...JASON TAKES MANHATTAN! 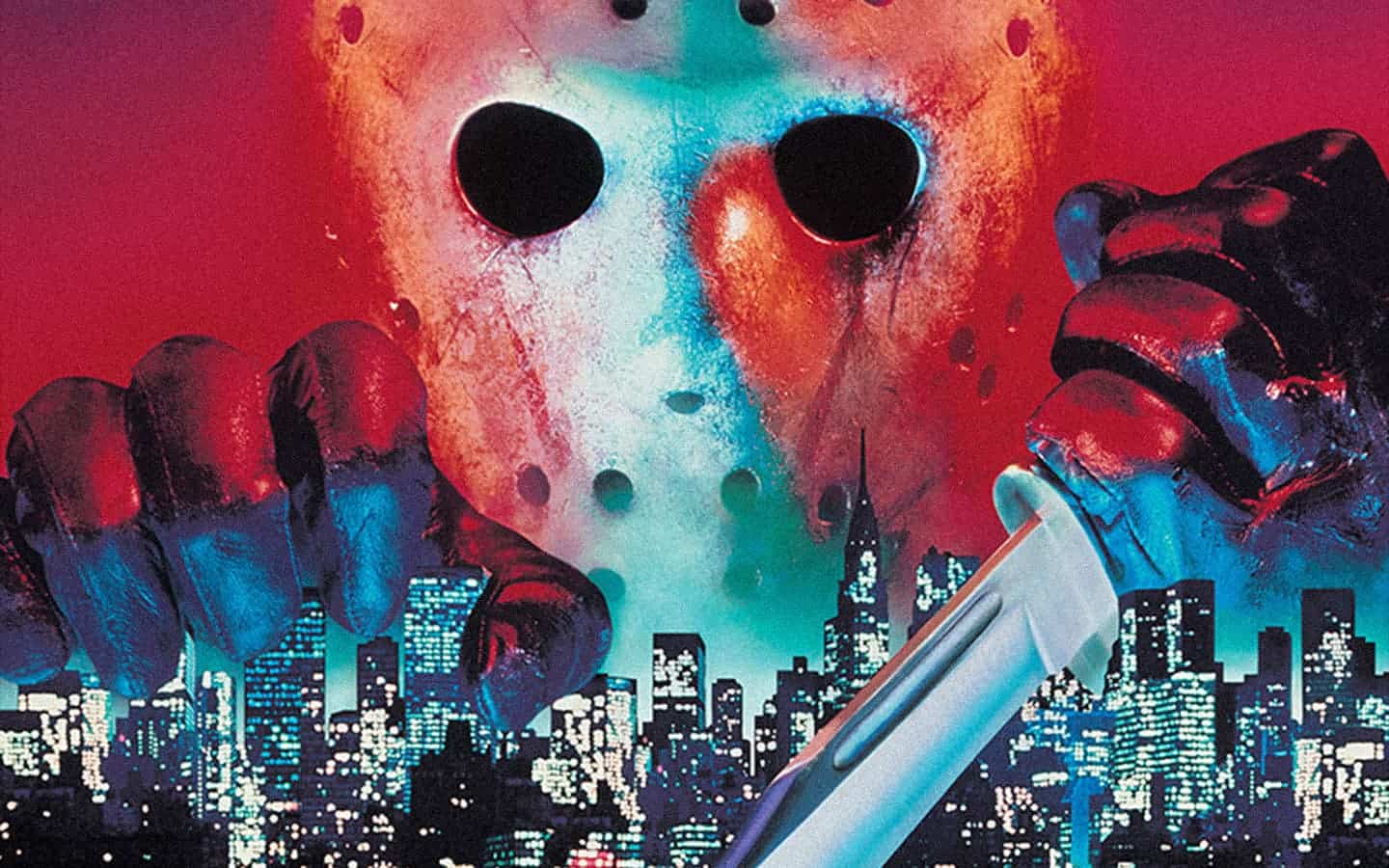 Let’s re-examine one of the most infamous horror sequels in genre film history…FRIDAY THE 13th, PART 8: JASON TAKES MANHATTAN!

Originally I was going to write 10 reasons why this movie isn’t all that bad until I realized I bit off more than I could chew with the number ’10’. I’m gonna put lipstick on this pig and try to convince you that Friday the 13th, Part VIII: Jason Takes Manhattan is one of the most misunderstood sequels of all time.

How Much Are You Really Expecting In a 7th Sequel?

To be clear, unless you’re James Bond or Cheech and Chong, nobody and I mean nobody expected to see the same character in the seventh sequel to anything in 1989. How terrifying could Jason continue to be after he was “killed” seven times before? At this point in the saga, you’re no longer just watching barely dressed teens evade Jason. You’re now rooting for Jason and the special effects team to thrill you with new methods of murder. After part 7 was famously “gutted” by the MPAA, the filmmakers behind this installment had to rely on new creative methods of murder without relying on a boatload (see what I did there?) of blood. The results are mixed but Jason is having a blast, offing Canadians.

They Tried To Do Something Different

To be fair, these spaces are utilized well and Vancouver made a fine Diet Manhattan. It wasn’t filmed on an obvious sound stage like Halloween: Ressurection and you didn’t see palm trees in middle America like in A Nightmare On Elm Street. Still, we’re left wondering “what if?” What if Jason found himself on the Brooklyn Bridge or fighting at Madison Square Garden like the original script offered? Jason didn’t really take Manhattan in the final product. He more or else took a cruise… from New Jersey to New York City.

Before the ‘Friday’ series was sold to New Line Cinema, the series had an undeniable feel to them. The first four, in particular, had a natural aesthetic – almost simplistic look to them. Since the films took place in the middle of the woods, this also gave the films a realistic quality to them that barely ages even almost 40 years later. The next few films ushered in brighter colors, attractive teens who could be models, and more emphasis on sex and over the top kills.

While these changes seem drastic they still resulted in an undeniable ‘Friday’ film because of their simple premise: Jason kills teens in the woods. After the series was sold off to New Line Cinema, the premise and mythology of the series became more complicated than it needed to be. These newer films also had the look and feel of a modestly budgeted big studio film versus the indie feel of the Paramount era.

It Represents the End of the Slasher Era

1989 was a transitional year for the horror genre. As a new decade was ushering in, the glory days of the slasher film was becoming less impactful. The three reigning kings of horror, Jason, Freddy, and Michael, all had great success with their efforts the year before but rushed productions and general genre fatigue plagued their latest efforts. Jason Takes Manhattan made an attempt to switch things up and placed Jason in a new setting.

Again, this should have worked, and perhaps for simple nostalgia’s sake, it sort of does for me. However, as a whole, Jason going to Manhattan didn’t fix any problems that plagued the latter half of the series. Undistinguished characters, a complete lack of suspense, illogical plot holes, and no real stakes for Jason nor the other characters were on hand. No matter what, we knew Jason would come back in several more films and do the same thing the next year. So we thought. Poor box office returns led to Paramount Pictures of selling the property to New Line Cinema.

It’s Not the Worst of the Series

That honor goes to the next installment, Jason Goes to Hell: The Final Friday, for many people. As bland and banal as this film is, it does have a few highlights which make for repeated viewing. Some of the kills, including a deadly TKO, are noteworthy and Kane Hodder is clearly having a blast as Jason hacks his way through “Manhattan.”

Even in the dinner scene where he battles future Jason portrayer Ken Kirzinger is an enjoyable scene. Still, as a collective Jason Takes Manhattan is like watching a once gorgeous Dodge Avenger (they still make those right?) running out of gas on its way to the junkyard. At least Jason didn’t inexplicably vomit toxic water while in the sewers…oh wait. Nevermind.