Jaws and the Lady of the Dunes

Let’s examine how Steven Spielberg's Summer blockbuster Jaws ties into the great murder mystery that is The Lady of the Dunes. 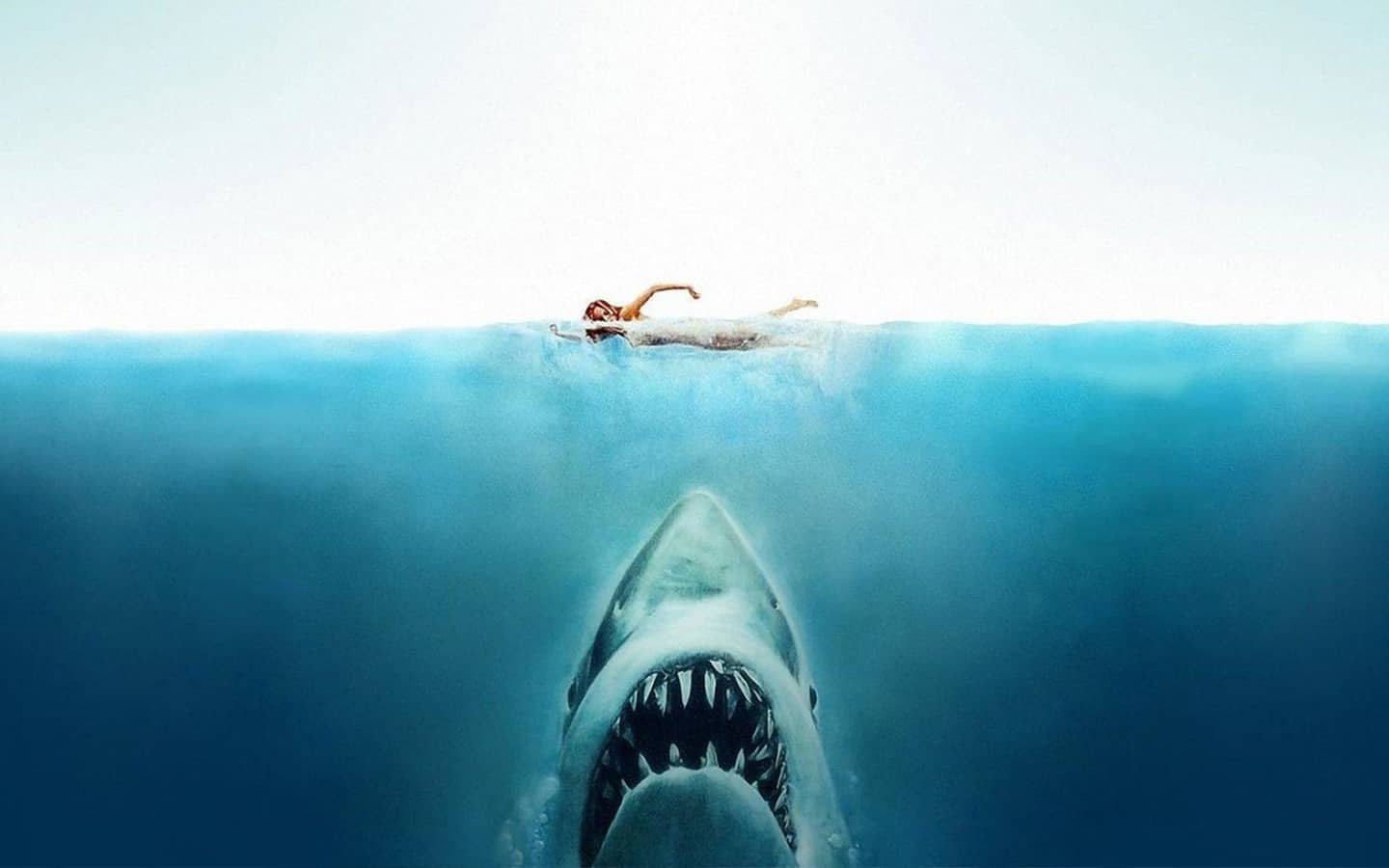 During the summer of 1975, director Steven Spielberg and writer Peter Benchley conjured a new type of fear that not only lurked on the silver screen but also in the waters of America’s coast. Jaws was heartwarming, thrilling, electric, and most importantly it made people afraid to go into the water.

But for a community in Provincetown Massachusetts, there was a more material threat in their midst. Let’s examine how one of the greatest films of all time tie into the great mystery of The Lady of the Dunes.

Who is the Lady of the Dunes?

During the first act of Jaws, our main protagonist Police Chief Brody is called to the scene of a mangled corpse that is writhing with seaweed and crustaceans. This scene is not just for audience intrigue but is also a reference. See, Jaws was filmed at Martha’s Vineyard. Nearly three hours away and one year prior in Provincetown, one of the greatest murder mysteries had begun.

As the story goes, a young girl named Sandra Lee was walking her dog on a late July morning through the Provincetown dunes. As she made her way through the beachside foliage, the dog began to bark at something hidden.

Through the brush, she had discovered a wounded deer and then proceeded to run home to get help. Park rangers were contacted the same day to return to the scene and take care of the animal’s body. On closer inspection to the horror of the park rangers, it was no deer but instead the naked body of a dead woman.

Insects had gotten to the woman before anyone else and her body had been decomposing in the summer heat for nearly two weeks. The victim was between her 20’s and 40’s, was killed by an impact to the left side of her skull, her teeth (besides a few golden crowns), hands were removed.

Her clothes were neatly folded then placed underneath her nearly severed head along with a green beach towel. There were also signs of sexual assault, likely postmortem. The victim’s clothing consisted of Wrangler jeans, a blue bandanna, and a golden hair tie. She had Auburn hair and pink painted toenails.

Since the young woman’s body had already begun the decomposition process along with her missing teeth and hands, it was impossible to identify her, at least in 1974. Provincetown Police Department took molds of her remaining gold crowns and sent them off to over 1,000 dentists, they were able to eliminate fifty individuals from their list but to no avail.

Who Killed the Lady of the Dunes?

This unidentified woman would be nicknamed after where she was found, forever known as the Lady of the Dunes. Nearly three months after discovering her body, she would be buried in a Provincetown cemetery with an unmarked grave that simply read…

But her body wouldn’t stay buried. She would be exhumed multiple times throughout history for DNA analysis. However, that didn’t mean that there weren’t already a few leading theories as to who killed her.

The year is 1981 and the local law enforcement approach organized crime boss James Bulger. Someone offered up a tip saying that they saw a woman who resembled the Lady of the Dunes in Provincetown with Bulger around the time of the discovery of the body. Bulger was a former member of the US Air Force and participant of the MK Ultra program. He operated in the south Boston area and had a long-running history of arson, murder, drug trafficking, and theft.

What really interested police though was his ongoing signature for removing the teeth of his victims. Moreover, Bulger would often visit and stay at several gay bars in the Provincetown area that provided rooms, more specifically the Crown and Anchor Motor Inn which sat only a few hundred feet away from the location of the body and it also featured green towels as the one found alongside our Jane Doe.

Unfortunately, investigators were never able to come up with substantial evidence against Bulger and he eventually passed away in prison. A few years later, having no more possible leads enters serial killer Hadden Clark. Clark was convicted for murder and he also has claims of cannibalizing several others.

At some point near the early 2000s, Clark wrote a letter to Massachusetts police claiming that he was the one who murdered the Lady of the Dunes. He also sent police two drawings of the mutilated victim. But because he suffers from paranoid schizophrenia, police doubted his confession.

The trail of evidence and possible leads was slowly running cold. Police would continue to create various mock-ups of the victim’s identity but still, nothing came of them. During this time “The Skeleton Crew,” the first book from MIT science writer Deborah Halber had been published. The book discusses how major crimes are being solved by amateur detectives and happened to mention The Lady of the Dunes case.

Joe Hill is one of the sons of acclaimed horror author Stephen King and just like his father he’s infatuated with the macabre. Hill bought a copy of Halber’s book and became engrossed with the story. The whole mystery of it all stewed in the darkest parts of his brain and cooked there.

The same year the book was published happened to be the 40th anniversary of Jaws. Joe Hill and his family caught a special commemorative screening and at about a third through the film, something caught his eye.

To paraphrase Hill, he was half-lunging out of his seat, prickling with goose flesh.

As soon as he could, Hill took to his blog, telling readers that at 54 minutes and 2 seconds into the film, we’re greeted with this shot of tourists flooding onto the fictionalized Martha’s Vineyard, and in the crowd is a woman with dark hair, a blue bandanna, an athletic build, and perhaps an uncanny resemblance to our mysterious Jane Doe.

Hill’s theory goes like this: Jaws was filmed in the Summer of 1974 only 100 miles away from where our Jane Doe was murdered. It wouldn’t be too unlikely that locals would have caught wind that there was a movie being filmed nearby and would want to take part – especially if they were looking for extras to be in the background.

“the young murder victim no one has ever been able to identify has been seen by hundreds of millions of people in a beloved summer classic and they didn’t even know they were looking at her.”

It’s not uncommon for production companies back in the day to source locals as extras, and most of the time they wouldn’t even be assigned costumes but instead their day-to-day clothing. Unfortunately, though, companies did not keep the type of records they keep now on who participated as a background actor. In an interview with The Washington Post, Hill states

Despite coming across the Lady of the Dunes case and soon after viewing Jaws, there is bias but the overlapping occurrences are remarkable. So far Hill has approached the current Police Detective of Provincetown with his theory as well as an FBI agent that he knows personally.

As of this piece, The Lady of the Dunes remains a cold case but is still ongoing. Bringing it back up may refresh the memories of those who might know something. The Lady of the Dunes has transformed into something of a legend, of Americana, and even though Joe Hill’s theory is a long shot, it is to quote the author – “a tantalizing what if?”

What is Jaws About?

When a young woman is killed by a shark while swimming near the town of Amity Island, police chief Martin Brody (Roy Scheider) attempts to close the beaches to save the lives of the townsfolk, but mayor Larry Vaughn (Murray Hamilton) overrules his choice.