For The Freaks, The Geeks, The Losers 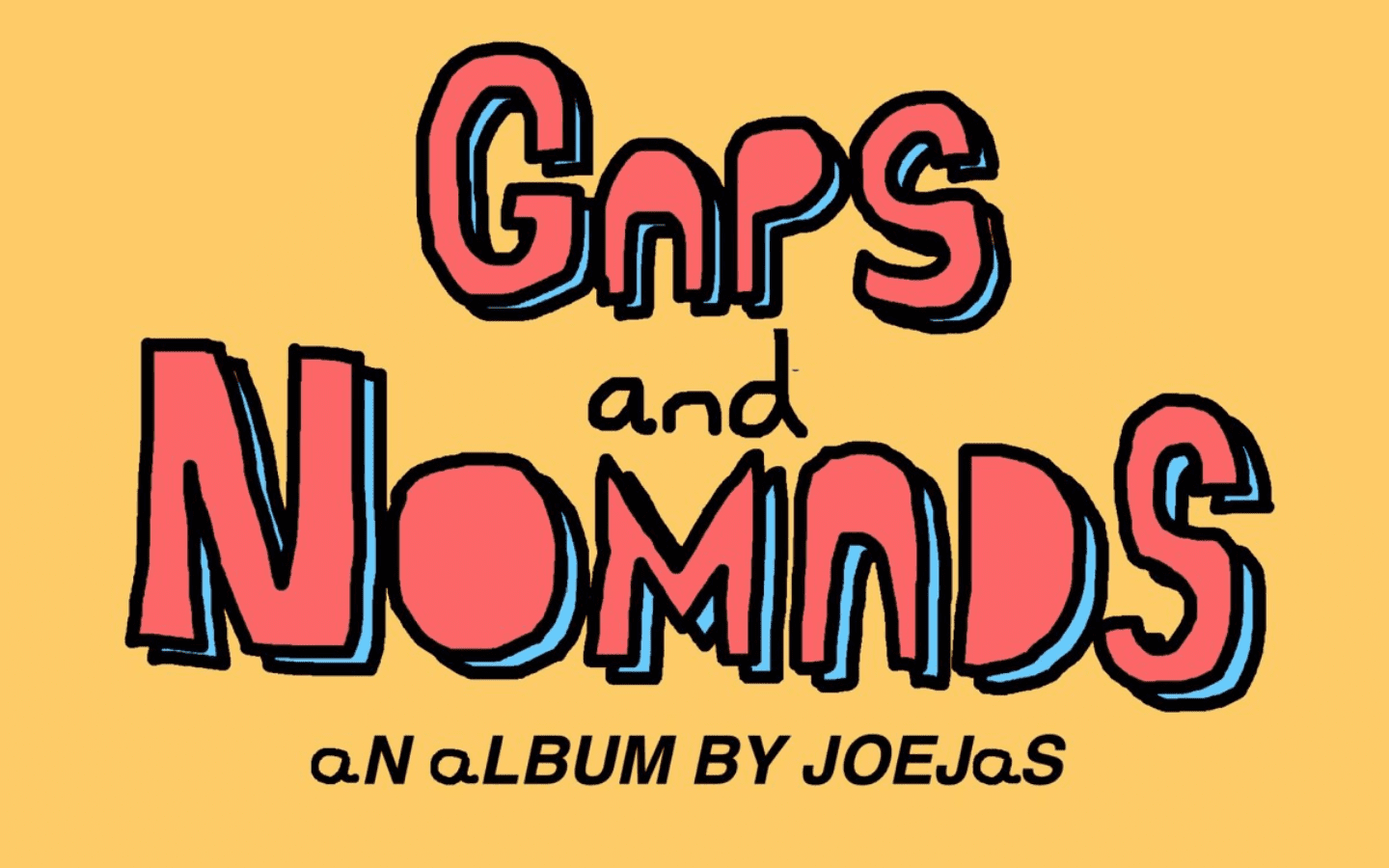 ‘Gaps & Nomads’ is the fourth album by hip hop artist JoeJas. It was released on August 26th, 2022. The album has nine tracks and comes in at just over twenty-one minutes. There are two music videos for the singles on this album: Sally’s Last Dance and Suedeflips!

According to JoeJas, the album explores themes of self-acceptance and living in a world full of stereotypes that don’t define you as a person. ‘Gaps & Nomads’ blends together multiple genres and aims to have a diverse sound that keeps you on the edge of your seat.

I was recently watching an old video of Yasiin Bey (Mos Def) talking about the late and great MF DOOM. In the video, Bey states that DOOM ‘raps as weird as I feel’. That is how I feel about JoeJas’ music. Being yourself, regardless of how much it differs from mainstream culture, takes guts. These are the kind of people I support and gravitate toward.

Track five, titled ‘Escape!’, speaks directly to this point. This track is an anthem for anyone who feels like they don’t belong. JoeJas is building an army of misfits, and it is great to hear about it. Just be free, and just be yourself.

While I have always applauded JoeJas for being an eclectic producer, I feel that he is experimenting and taking more changes on Gaps & Nomads. A great example of this is track seven, titled ‘Nomad’. This track has a gritty and fuzzy punk sound, similar to the punk songs found on old Beastie Boys albums.

Also, the beat for ‘Gappy’s Overalls’ is nothing short of crazy. The drum and bass work together to create nice choppy chaos. This may be JoeJas’ craziest track since ‘DropTopTikes’ on his 2020 album ‘Four Wing Island’.

Overall, Gaps & Nomads is another great addition to JoeJas’ catalog. I have been excited about a new album since the release of the Sally’s Last Dance single last May. If you love hip hop records that have unique sounds and concepts, JoeJas is the artist for you.

JoeJas is a hip hop artist from London, England. He raps and produces his own music (production under the name ‘HairyMuffinMan’). JoeJas started rapping as a child, and learned how to produce music in his teen years. His music is known for blending multiple genres into hip hop, including jazz, punk, and R&B. JoeJas is dedicated to creating unique soundscapes in his production.