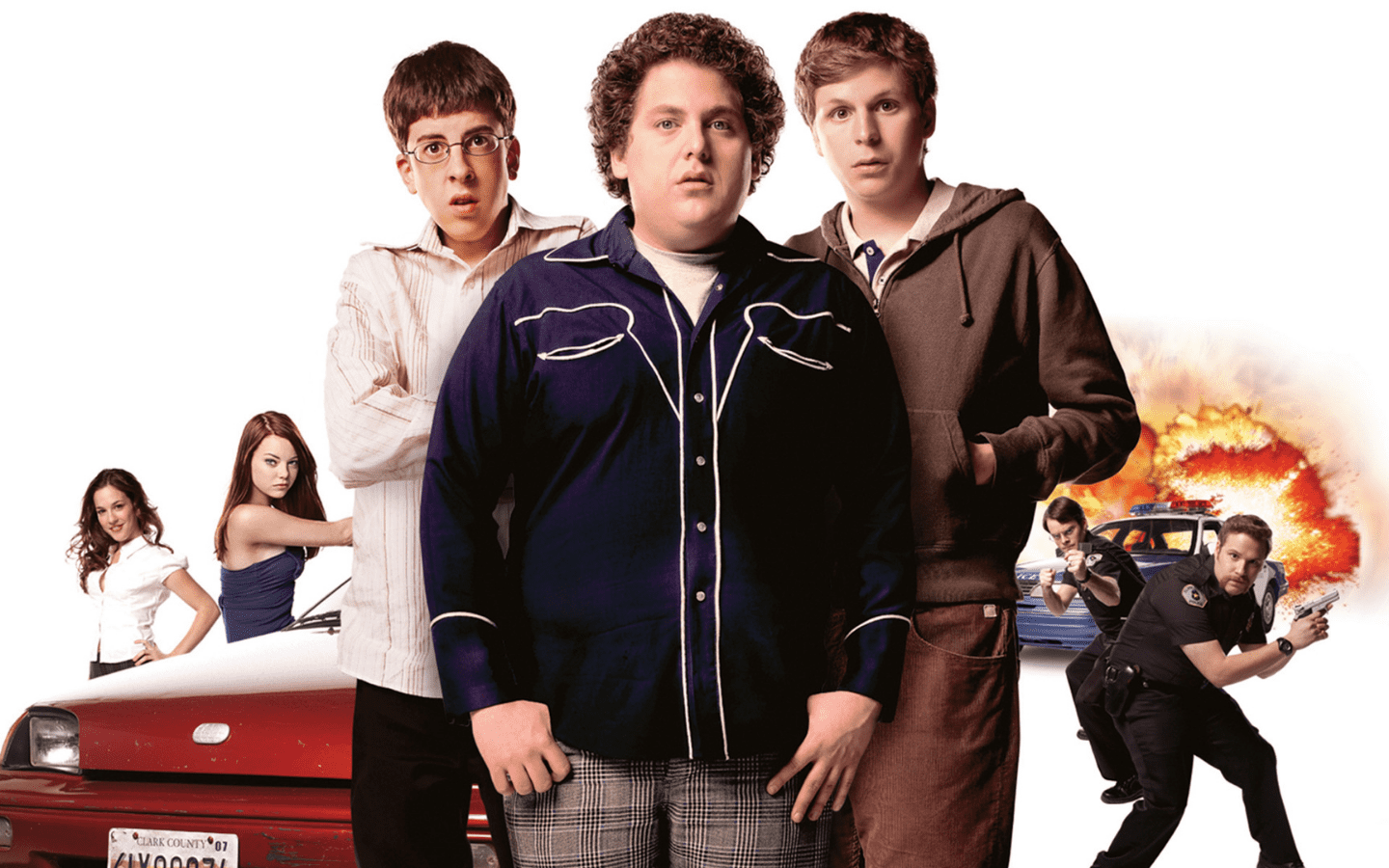 Superbad is well on its way to being considered a classic teen comedy. To the dismay of Star Wars and Lord of the Rings fans, I think it is the movie I have seen the most times in theatres.

Superbad would not have been the great movie that it is without the excellent acting of Jonah Hill and Michael Cera. These two foul-mouthed best friends served as the high school underdogs we always needed in our lives.

Today we want to go over some of Jonah Hill’s funniest lines from Superbad. His portrayal of Seth is a big part of what makes this movie awesome.

“Nobody has gotten a hand job in cargo shorts since ‘Nam!“

“Stop being such a va-gine, I gotta get a Red Bull before class.”

“You know how many foods are shaped like dicks? The best kinds.”

“Oh my god! That’s the coolest fucking story I’ve ever heard in my life! That’s insane! Can you tell it again? Do you have time?”

“I’ll be like the Iron Chef of pounding vage.”

“You know when you hear girls say ‘Ah man, I was so shit-faced last night, I shouldn’t have fucked that guy’ We could be that mistake!”

“Hey Greg, why don’t you go piss your pants again?”

“I was going to go down on her for like, several hours. She would love that, she’d be smitten by that, she’d go out with that.”

“Someone period’d on my fucking leg?!?”

“All right, you look like a future pedophile in this picture, number one. Number two, it doesn’t even have a first name, it just says ‘McLovin’!”

Jules: You scratch our backs, we’ll scratch yours.
Seth: Well Jules, the funny thing about my back is that it’s located on my cock.

“He’s the sweetest guy ever, have you ever looked into his eyes? It was like that first time I heard The Beatles.”

“At the very least I’ll make out with her, two weeks hand job, month blow job, whatever whatever. And then, I make her my girlfriend.”

“You don’t want girls to think you suck dick at fucking pussy.”

“Mom’s making a pubie salad and she needs some Seth’s Own dressing.”

“Do you have normal-sized clothes or do you only shop at Baby Gap?”

“You know what I do? I flip my boner up into my waistband. It hides it and it feels awesome. I almost blew a load into my belly button.”

Seth: Enjoy your remaining years!
Old Woman: I will! Enjoy fucking Jules!
Seth: I will!

“You don’t want girls to think you suck dick at fucking pussy.”

“I am truly jealous you got to suck on those tits when you were a baby.”

What Are Your Favorite Jonah Hill Quotes From Superbad?

We hope you enjoyed our list of Jonah Hill quotes from Superbad. Did we miss any of your favorites? Let us know on social media!

Superbad is a comedy film released on August 17th, 2007. The film was written by Seth Rogan and Evan Goldberg. It was produced by Judd Apatow and Shauna Robertson. Superbad stars Jonah Hill, Michael Cera, Seth Rogan, and Bill Hader.