There is a kaiju fan in all of us. 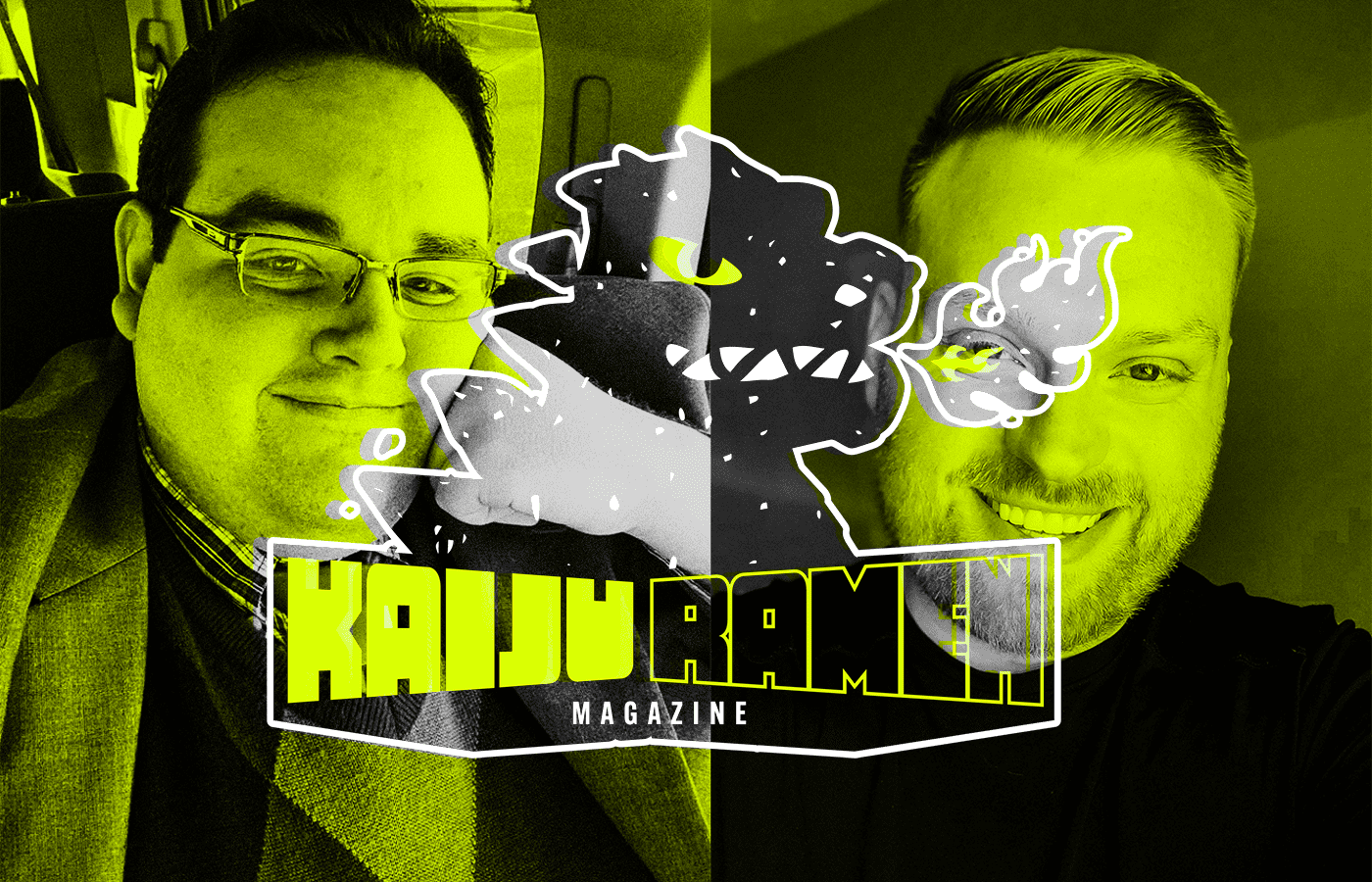 RELATED: A Brief History of Mechagodzilla

What’s the kaiju community’s reception been like for Kaiju Ramen since launch?

Travis: It has been more positive than we could have imagined.

Michael: It has been extremely positive and we’re both so grateful for the reception that it’s gotten so far. It really means a lot to us.

With legendary monster artist Matt Frank illustrating the cover for Volume One of the magazine, did you think you’d make it this far?

Travis: When we first had the idea for Kaiju Ramen I expected it to be a simple little side project, but with the response we’ve gotten it has grown into something more than either of us originally planned.

Michael: Like Travis said, what started out as basically a hobby has grown to the point where we can ask artists like Matt Frank to be a part of the journey. When you start an endeavor like this you never know how it’s going to turn out. We’ve always felt that Kaiju Ramen could grow into something special. We just didn’t expect it to happen this quickly!

We’re incredibly happy with all the artists and writers who have, and who will, put their work on display with the magazine. Having Matt on board for Volume One felt like a natural fit. It’s definitely an achievement unlocked for sure.

How do you think the kaiju community has grown or changed over the years? And has it been for the better?

Travis: For me, the biggest change I’ve seen is how international the kaiju community is now. When I was growing up, I was very isolated from other fans. Now with social media and cons, we have access to other fans and other viewpoints. Is that always a positive thing? Not really. Social media is a double edged sword, and there’s always the dark side of every fandom that comes out online. But overall I’d say that having access to other fans from all over the world is mostly a positive thing.

Michael: If you would have asked me this question a year ago, I probably would have had a completely different answer. 2020 and most of 2021 was a rough time for a lot of people. When the pandemic first started there was this feeling of unity within the fandom. Everyone was on the same page, and sharing the same interests and ideas and enjoying the genre together. There was also this feeling of uncertainty and fear that we can’t ignore either.

Now, I’d say that the community is more fractured and “cliquey”, for lack of a better word, than it has been in a while. However, I do see that turning around. With big releases like Godzilla vs. Kong, Godzilla: Singular Point, and others, fans have a lot to enjoy together. To paraphrase a very good friend of ours, “Godzilla fans ate well in 2021”. We just hope that Kaiju Ramen can be the “singular point of positivity” that the fandom needs, but only time will tell.

What were some challenges you ran into when starting Kaiju Ramen?

Travis: For me, and Michael can back me up on this, it was the design part. I’m personally not a graphic designer by trade, it’s just a hobby, and I’ve had to learn quickly how to design and layout the magazines.

Michael: Haha, no, Travis is not a graphic designer. That’s more my wheelhouse but I’m incredibly proud of how far he’s come with it. With my day job keeping my hours to work on the magazine limited, Travis has really stepped up his game in terms of design and layout so the magazine is definitely in good hands there.

For me, the biggest challenge has been what to include in the magazine and figuring out how we differentiate ourselves from other more established publications. We want to focus on NON-Godzilla media as much as we can while also celebrating the legacy of The King of the Monsters.

You’re running a Kickstarter campaign for Kaiju Ramen Volume One which includes issues 1 – 4 of the magazine, what else do people have to look forward to in Volume One that they can’t get from issues 1- 4?

Travis: We’ve got a recipe for ramen in there, which started out as kind of a joke, “let’s put a ramen recipe in Kaiju RAMEN,” but we’ve actually had people asking us to include one. I think the thing most people will be excited for is our foreword by Kyle Yount.

Michael: We’ve also been holding on to some other pieces that have not made it into the magazine so far. Not that those articles aren’t excellent, because they are. We simply just didn’t have room for all of them. So including those other content pieces is something we’re very excited about. Volume One will serve as a bit of a “directors cut” for what the magazine has become so far.

Travis: Kaiju Ramen has, from the beginning, been about celebrating the fans, not just the films. I think that will appeal to anyone. Seeing people sharing their love for these films in different and creative ways can appeal to new and old fans. But mostly I think having the varying viewpoints in our articles helps. We have articles written by new fans, by old fans, by die hard fans, and by casual fans.

Michael: I could not have said it better honestly. Kaiju Ramen truly is a melting pot for the giant monster genre and its fans.

What are some of the rewards of pledging to your Kickstarter?

Travis: We’ve got posters, stickers, and all kinds of fun goodies. We are also offering a year’s digital subscription to the magazine as a reward.

Michael: I’ll piggyback off of what Travis said and mention we’re also hoping that the success of this and other projects will help us grow to a point where we can finally have a physical subscription model for fans who would like more tactile ways of engaging with our content.

Michael: I used to be one of those rock-ribbed fans that would say “you’re only a giant monster fan if…” and would proceed to spout off this ridiculous list of criteria someone would have to meet before I would consider them a giant monster “fan”. Now, after being in this beautifully diverse community for some time, I say with certainty it really should not matter with what or how you get introduced to this genre, if you enjoy any part of it, you’re a fan … period, end of story.

However, I’m going to deviate a little bit from Travis and say, although I don’t personally believe a certain big red dog is a Kaiju, I’m not going to poo poo, in any serious way, someone who does. That would be dumb.

Where can people buy Kaiju Ramen Volume One and when does your campaign end?

Travis: Volume One, in its current form, is a Kickstarter exclusive so if anyone wants a copy they can back our Kickstarter. The campaign ends on February 1st, so there’s a limited time to pledge.

Michael: This is a chance for all the folks who missed out on physical copies of the first run of issues to finally get their hands on them with some nice bonus material included. We’re still a two-man team with limited resources so doing this over Kickstarter was the way.

Making this as accessible as we could for fans was our number one priority. At the time of this interview we’re on track to meet our goal of $6,000 and hopefully with the help of supporters and fans like you guys, we can exceed that.

Special thanks again to Kaiju Ramen‘s Travis Alexander and Michael Hamilton for speaking with us. You can support Volume One of their magazine on Kickstarter today.