Kaiju Toys And The Fandom’s Love Of Them

If you were an outsider entering the kaiju community for the first time, one of the things you will notice very quickly is one thing...the fandom really loves toys. 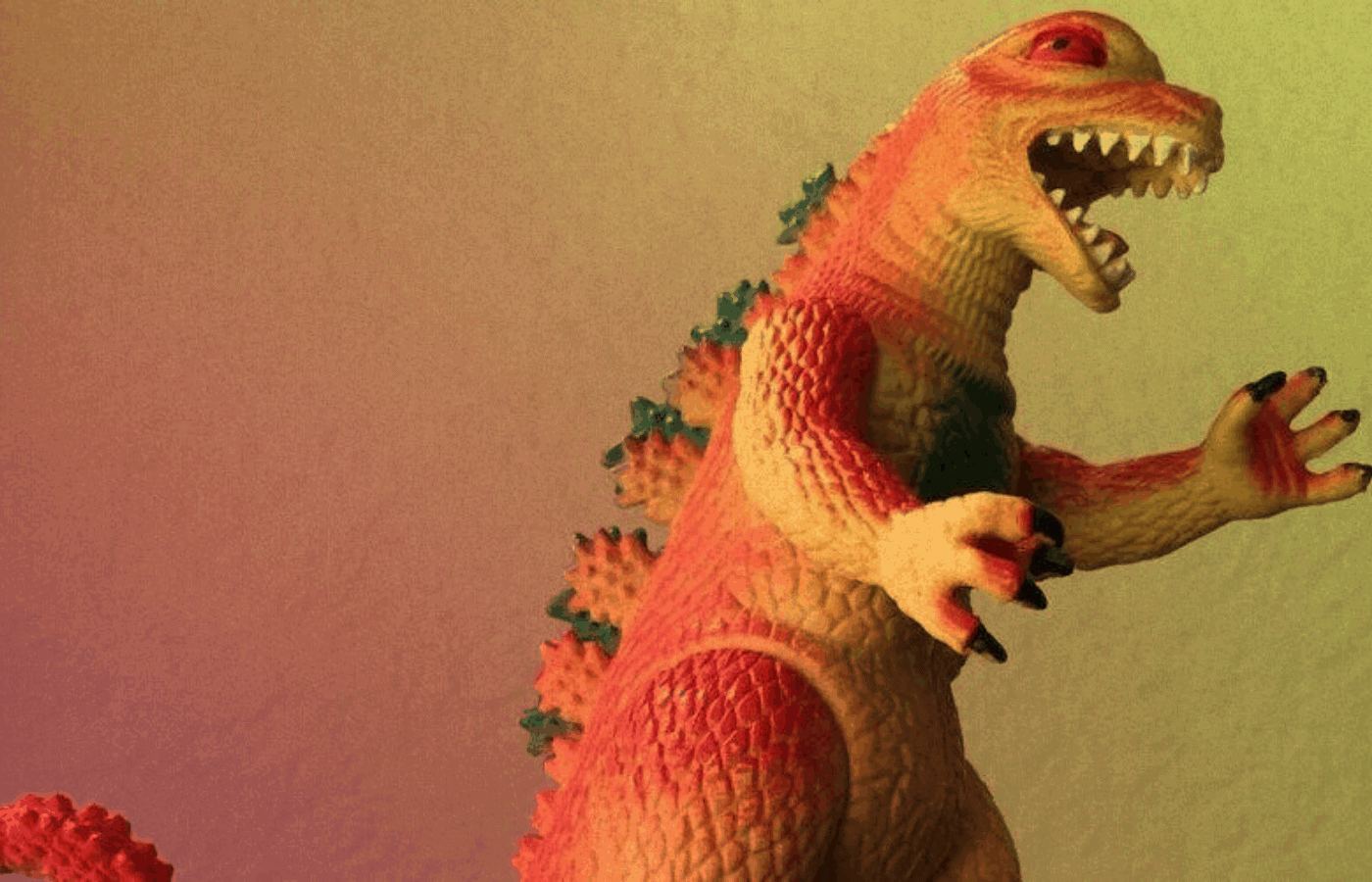 If you were an outsider entering the kaiju community for the first time, one of the things you will notice very quickly is one thing…the fandom really loves toys. Whether it’s a Bandai Vinyl or the newest S.H. Monsterarts, many in the community either show off their collection or are eager to purchase the newest plastic representation of our favorite monsters. Hell, I am included in this as a few weeks ago I just bought the S.H. Monsterarts (a line of highly detailed and poseable kaiju figures from Bandai and Tamashii Nations) figure of Godzilla from Godzilla: King of the Monsters. But lately, I have been wondering, why do we kaiju fans love toys so much?

A History of Kaiju Toys

One bit of irony is what many considered the first Godzilla toy actually came from the United States where model kit maker Aurora in 1964 made a Godzilla model kit that immediately became a best-seller (and is now one of the most sought after kaiju collectibles). And two years later Japanese manufacturer Marusan made the first Japanese vinyl figure of Godzilla which also became a best-seller, to the point multiple versions of the figure were released several times. From then Marusan released several other kaiju figures such as Mothra, Baragon, and Gorosaurus. Then other companies such as Bullmark and what would be one of the central manufacturers in kaiju figures Bandai joined the fray and the kaiju market exploded. Not only Bandai produced figures for the Godzilla franchise, but other kaiju centric franchises such as Gamera and Ultraman.

Though one thing that these figures had in common was that the toys were targeted to children first and foremost. And while companies such as Bandai began noticing the growing collectors market by making exclusive versions of figures such as some released being only available at Japanese movie theatres with the release of a Godzilla film, it wasn’t until the late 90s and early 2000s where figures specially targeted towards adult collectors were made. Companies such as X-Plus, NECA, and Bandai’s subsidiary Tamashii Nations released their own boutique line of figures that sell themselves with highly detailed and/or articulated representations of Godzilla and other kaiju. All of which became best sellers and continue to be made and sold to this day.

Now that the history lesson is out of the way, there’s still a question that still needs to be answered, why do kaiju fans obsess over toys? The answer may be older than we assume as the debate could be as old as human history.

We’ve always had objects that represent something we are passionate about. From ancient bone carvings in early human history to temples devoted to Greek gods, we as humans are always wanting a physical and tactile representation of something that we see as important in our life as having that passion represented in the physical world makes it feel much more real and grander.

And with a fandom as niche as the Kaiju, finding any physical representation of awesome Japanese rubber-suited monsters is a bit limited compared to other fandoms. Compare it to other geek culture fixtures such as comic books, Star Wars, and Lord of the Rings for example that has tons of merchandise you can find in most stores, the merchandise for Godzilla (at least of the Western side of it) has been quite limited years at a time. In fact, it seems most Western kaiju fans usually found Godzilla toys are when we were kids. Either it was the 70s with the Shogun Warrior Godzilla, the 80s/early 90s with the Imperial Godzilla, and the late 90s/2000s with Trendmasters’ Godzilla toys or some releases from Bandai’s American branch. I myself grew up on the Trendmasters and Bandai America toys (and still kicking myself for selling them off!)

However, a recurring joke amongst kaiju collectors is that Japan gets the best stuff and they are right. Though it makes sense as many kaiju franchises not only target Japanese markets first and foremost, a lot of these figures are made for children. Bandai’s vinyl figures are even made by their “Boys Division” as young boys are very much the targeted audience. But the figures are usually sculpted and painted very beautifully and many of them are very accurate to their movie counterpart. So much so Toho even used these figures as references when making suits for their films. And these figures became the nucleus for the early kaiju collecting scene.

Many of these figures are imported to specialty Japanese shops or comic book stores as compared to many past Godzilla figures, western Godzilla fans now have a physical representation of kaiju such as the many incarnations of Godzilla, King Ghidorah, and even lesser-known kaiju like Baragon or Monster X. And we were hooked! Soon websites such as Clawmarks Toys began to specialize in selling Japanese imported merchandise and conventions such as G-Fest have dozens of tables selling these figures.

But eventually, the market seemed to be going stagnant, especially after the release of Godzilla Final Wars and what can be described as a dry spell of the genre and thus aside from the Ultraman series, the kaiju market seemed to have gone stale. Enter X-Plus, S.H. Monsterarts, and NECA.

While X-Plus was founded in 1998, it seemed they exploded in popularity around the mid-2000s with their highly detailed and rather large kaiju statues that capture the likeness of their film counterparts one to one as it is clear these were made for adult collectors who appreciate these as art pieces. With S.H. Monsterarts, which debuted in 2011, Kaiju fans now not only have figures that are almost as detailed but highly poseable so fans can almost recreate their favorite scenes with these monsters. And NECA provided Western fans with very well made and very affordable figures that are up to par with their other figures.

These figures filled the void for collectors as it seemed their hobby grew up with them as they now have something that almost looked like it jumped off the screen and on to their shelf. To a point, there are collectors that strictly only collect either X-Plus, S.H. Monsterarts, and NECA figures.

And to answer that question as to why I think it shows how much we love these characters. Characters like Godzilla, Gamera, and Ultraman are pop culture staples in Japan and they are larger than life. All of us like to have some representation of our passions whether if it’s a sports Jersey for sports fans, a poster of our favorite film, and the hundreds of franchises immortalized as Funko POPS, we all want to have something to reflect our passion. It’s almost like a badge of honor saying “I love this so much I own a part of it!” And at the end of the day, Godzilla toys are just goddamn cool!