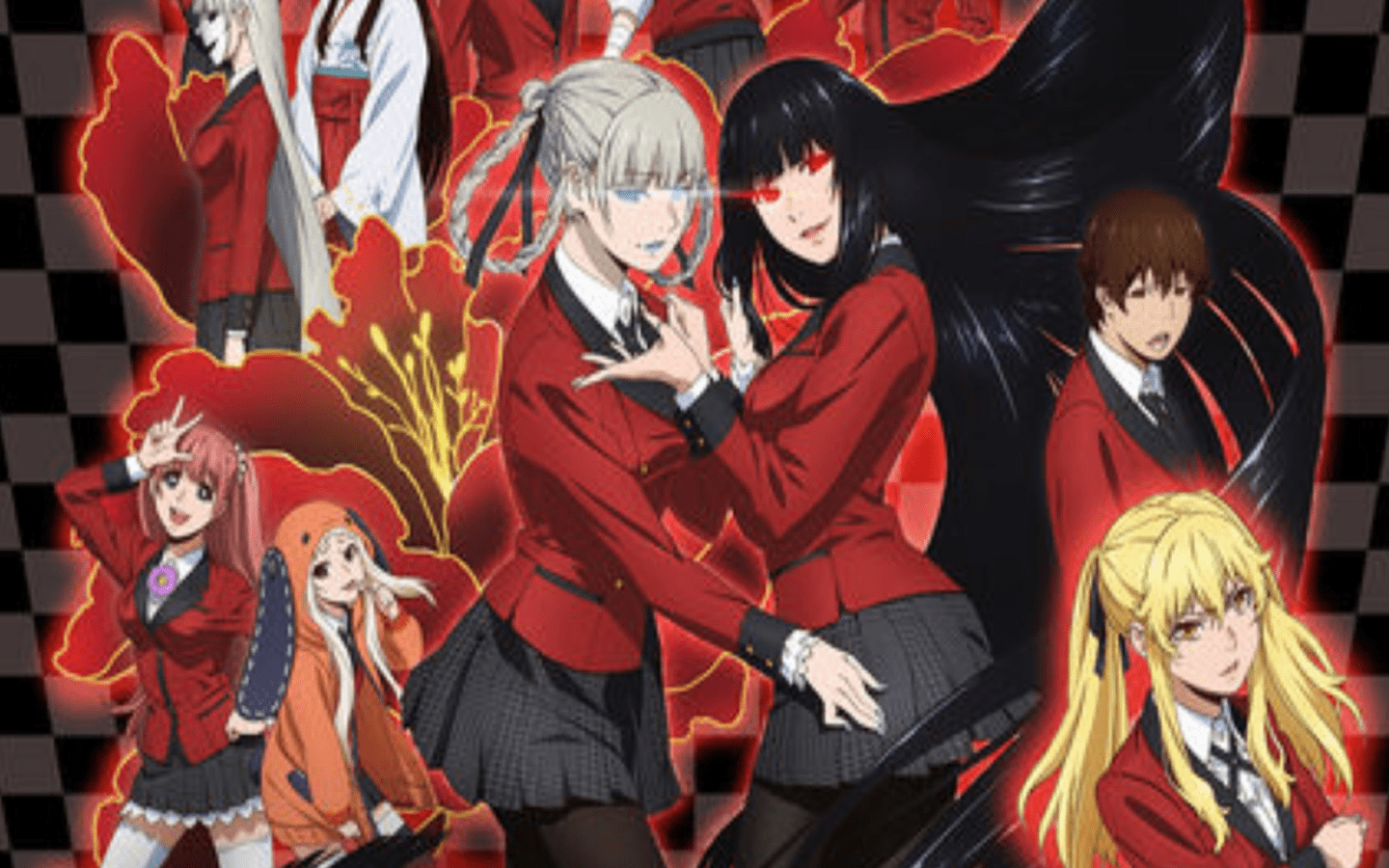 However, a great story is a great story regardless of the medium. After getting recommendations from many friends and podcasts I decided to jump into the world of Kakegurui.

Kakegurui, also known as Compulsive Gambler, began as a manga written by Homura Kawamoto with illustrations by Toru Naomura. The manga was originally published in 2014 and is still running. The television adaptation is available on Netflix.

This adaptation is written by Yasuko Kobayashi and directed by Yuichiro Hayashi. The series premiered in Japan late last year and was recently brought to Netflix in America. There are both dubbed and subbed versions available.

The story of Kakegurui takes place in a school known as Hyakkaou Academy. This school is different from formal education as the entire curriculum revolves around gambling. All of the students in the school are incredibly wealthy and are able to bet large sums of money on games of chance.

Each student is ranked based on their gambling performance. The lowest-performing section of students is essentially enslaved by the rest of the students. This creates a cutthroat class system isolated inside of this institution. This system is shaken when a new student enrolls and begins to unravel the entire process.

Almost every episode of Kakegurui features a new gambling game. These games offer new spins on classic casino games. For example, one set of students plays a game similar to roulette. Instead of spinning a ball around a wheel, a cup with ten tiny swords is thrown onto the board.

Whether or not the sword sticks into the board determines the payout. This is one of the most interesting aspects of the show. The writers do an excellent job of showing how to play (and how to cheat) these unique games.

The class structure in Kakegurui is brutal and cutthroat. When your livelihood is on the line the risks of gambling are even higher. Every student at Hyakkaou comes from extremely wealthy families. Losing a few million does not have much impact.

The real fear comes from the chance that losing will enslave you to the other students. Those who do not perform well are known as “house pets” and are forced to do whatever the best students want.

Kakegurui is well aware of the philosophy behind the story’s structure. The students often discuss human psychology and Darwinian philosophy. Though the plot revolves around gambling compulsions, the students are also aware of their own wants and feelings.

RELATED: The Tragedy Of Tartakovsky’s Primal

Being rich takes a lot of the risks out of everyday life. High-stakes gambling is used by students in order to feel alive. The rush of rolling the literal and proverbial dice helps simulate the danger many average people face. Many students even achieve sexual arousal from playing the games.

Since I am not well-versed in anime it is difficult for me to describe and classify the art style of the program. However, I do have a favorite aspect of the show’s art. When the characters experience intense emotions the art style often changes. The camera goes close to the character’s faces and their expressions become comical and distorted. Their eyes bug out and their lips curl in odd ways.

This is an entertaining way to break up the show’s art style. Since this show is dialogue-heavy, many of the scenes offer minimal animation. These two aspects of the artwork give the art a great dynamic style.

I was obsessed with this show for the entire week it took me to watch it. When it comes to anime I really like psychological thrillers. The way the characters are always trying to outsmart each other reminded me of the mental battle between Light and L in Death Note.

I’ve read that season two of Kakegurui has been confirmed, and I cannot wait. I had not read the manga before watching the television show, but I have started since. I am hoping the comic issues will hold me over until the second season arrives.

Have You Watched Kakegurui Season 1?

Kakegurui is definitely worth a watch! We hope you enjoyed our review of season one. Have you seen Kakegurui season 1? Let us know your thoughts on social media!