KFC is Going Green With ‘Beyond Meat’ 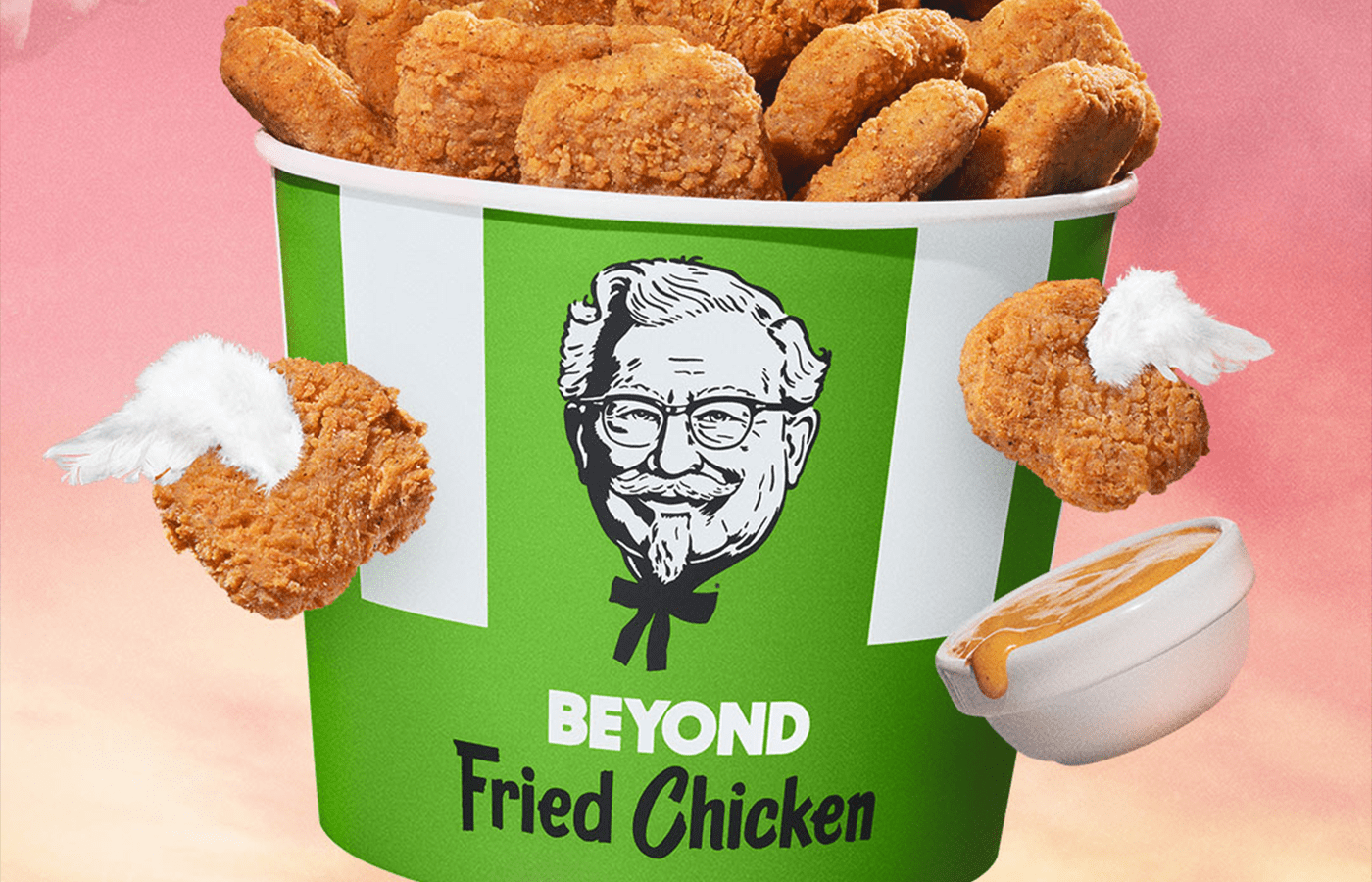 KFC is betting on Beyond Meat for its next big menu item. Plant-based food sales grew 2.5x faster than total food sales from 2018-2020 and Beyond Meat is near the front lines of those numbers. The vegan branded company is aiming to offer plant-based alternatives to compete with standard meat products in grocery stores and restaurants. In the last few years, we saw Beyond Meat partner with chains like A&W, Denny’s, Del Taco, TGI Fridays, Carl’s Jr., BurgerFi, and now KFC will be joining that roster.

After working with Beyond Meat to test plant-based “chicken” items for two years in limited markets, soon 4,000 KFC locations will offer a limited-time run of plant-based “chicken” items on its menu. On January 10, can expect the Beyond Meat items to be served as part of a combo meal (six or twelve-piece orders). KFC says the six-piece order will start at $6.99, locations of course may vary on price. Beyond Fried Chicken will be available for a “limited time only, while supplies last.” KFC CEO, Kevin Hochman expects to sell out of the item and is confident of its success.

“We couldn’t be prouder to partner with KFC to offer a best-in-class product that not only delivers the delicious experience consumers expect from this iconic chain but also provides the added benefits of plant-based meat,” Ethan Brown, Founder, and CEO of Beyond Meat said in a statement. “We are truly thrilled to make it available to consumers nationwide.”

In August 2019, KFC tested Beyond Fried Chicken in Atlanta, GA where it swiftly sold out within five hours of launch. KFC expanded the market test to nearly 70 locations in Charlotte, NC, Nashville, TN, and neighboring areas followed by several Southern California locations for a limited run in 2020. The California test locations reportedly also proved successful and sold out of Beyond Fried Chicken within a week. Beyond Meat already offers a chicken alternative but it’s been said that KFC’s Beyond Fried Chicken has a firmer and crispier texture which is more akin to the fast-food chain.

RELATED: Pizza Hut’s ‘Book It’ Is Back With All The Nostalgia Feels

Beyond Fried Chicken itself does not contain animal products, KFC has noted that the new plant-based items are not prepared in a vegan-friendly manner since it shares kitchen equipment with other menu items. It is also served with a choice of three dipping sauces, Honey BBQ, Ranch, Honey Mustard, and KFC Sauce—all of which contain animal-derived ingredients as well.

Plant-based meat alternatives claim to contain less saturated fat, better for environmental sustainability and can help our fight against global warming. Will the KFC and Beyond Meat partnership be another step closer to the general public accepting meat alternatives or a fad that will diminish over time? We’ll have to wait and see. Will you be trying the Beyond Fried Chicken meal from KFC? Let us know on social media!

Will You Try KFC’s Beyond Fried Chicken?

Do you have the urge to try KFC’s new meat-alternative? Let us know on social media!