In 1962 the film that would truly put Godzilla on the map was released. Let's look at the legacy of the original King Kong vs. Godzilla. 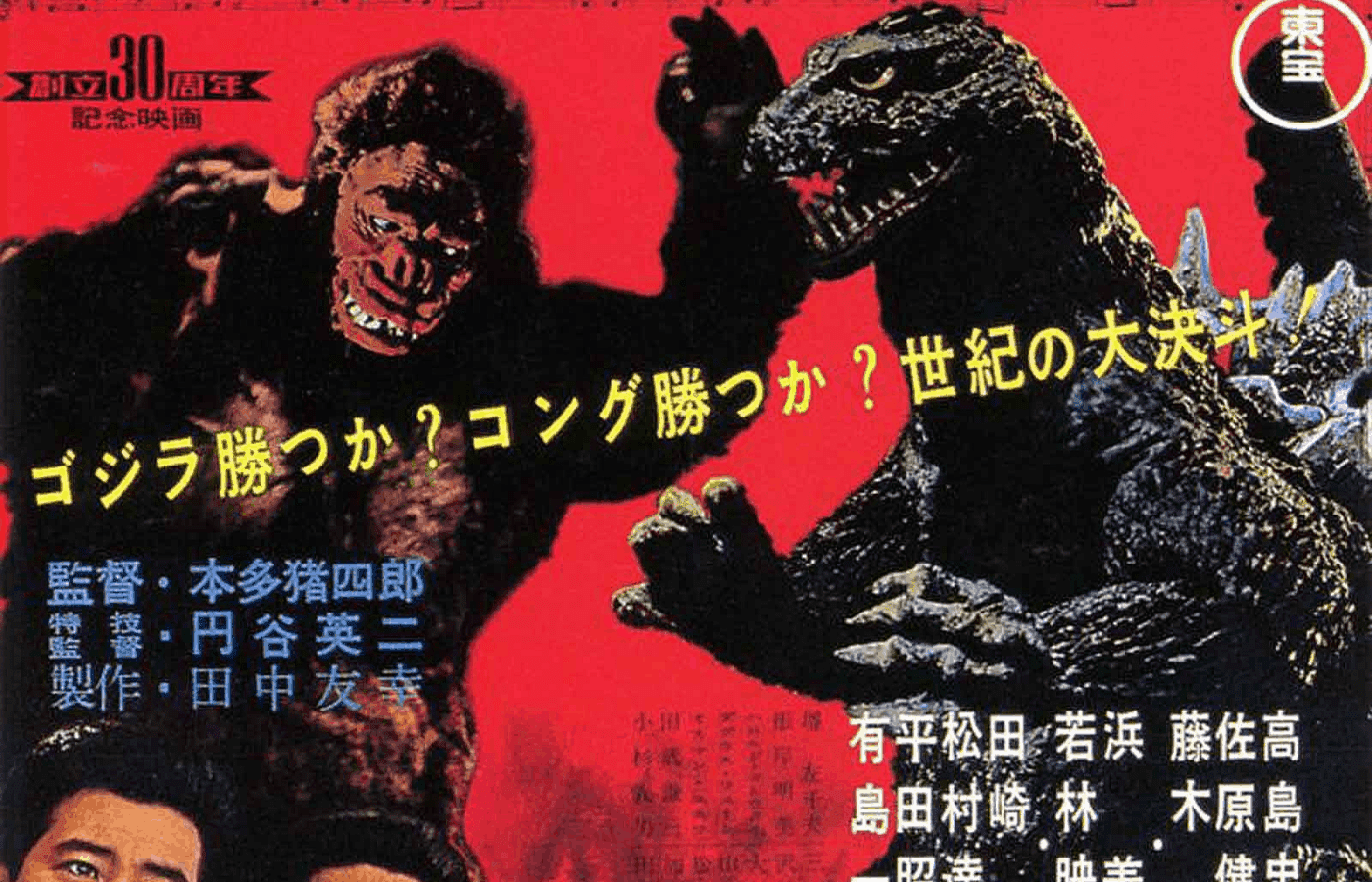 Back in the early 1960s, it seemed that Godzilla would remain a two-movie phenomenon, much the way its inspiration, King Kong, had been until this point. Toho had moved on and decided to make monster movies with different monsters, such as 1956’s Rodan and 1961’s Mothra. However, this all changed in 1962 with the release of King Kong vs. Godzilla, the film that could really be said to have put Godzilla on the map.

The Origin Of The Title Match

King Kong vs. Godzilla was born out of an idea by Willis O’Brien, the stop-motion animator for King Kong (1933) and Son of Kong (also 1933), involving King Kong fighting a new Frankenstein’s Monster, this time, a giant made out of various animal parts, which he brought to RKO initially.

However, at the end of a long story which could in and of itself be an article, producer John Beck took the idea to Toho instead where they decided to divide the movie in two and use their most successful monster Godzilla instead, where he would be the opponent for both titular monsters. While King Kong vs. Godzilla ended up materializing, Frankenstein vs. Godzilla was changed into Frankenstein vs. Baragon (aka Frankenstein Conquers The World).

Now having the keys to one of the biggest characters in cinema at the time, Toho quickly went to work on the film bringing back what could be considered the big four of Toho’s Showa kaiju films: Ishiro Honda in the director’s chair, Eiji Tsuburya in charge of the special effects, Tomoyuki Tanaka as producer, and Akira Ifukube as the composer.

The production was relatively seamless and the movie was released in Japan on August 11th, 1962, where it was incredibly well-received, quickly becoming a box office smash still holding the record to this day for the highest-grossing Godzilla film when accounting for inflation. The film was similarly successful in the United States, where Universal distributed it, albeit after editing it much the same way 1954 original was in 1956 with inclusions of new scenes of American actors and changed plot points.

The Mightiest Monsters Of All Time

It was this massive success that made Toho decide to continue with the Godzilla franchise, but what was it that made King Kong vs. Godzilla so successful? Well, the first overt success obviously was Godzilla’s opponent. While Godzilla was still relatively new on the cinematic landscape, only being eight years old in Japan when the film debuted, King Kong had already established itself as a cinematic icon having multiple successful rereleases since its 1933 debut. This added a lot of marquee name value to the movie that enticed people to see it, combining a newer hit with older, more established ones.

Something else which King Kong vs. Godzilla succeeded at was its tone. While the American edit removed the more comedic sensibilities and style of the film, something which would hurt its reputation for a while before the Japanese version became more widespread, the Japanese version of King Kong vs. Godzilla was very much framed as a light-hearted fun romp filled with satire and commentary on the state of early 1960s Japan. The fight was treated less as a world-ending duel and more as a wrestling match with advertising even pitching it like this and the film itself having people bet on who will win the fight.

Many future Godzilla directors such as Shusuke Kaneko mention King Kong vs. Godzilla as what got them in the daikaiju genre to begin with. Seeing this, Toho took notice, and this was when the swing towards the lighter Godzilla entries began, though it wouldn’t culminate until Son of Godzilla and onwards.

The vs format wasn’t the only thing taken from King Kong vs. Godzilla either. Story-wise, the idea of capitalism running amok and being the human antagonistic perspective or cause of the problem becomes something that would come up again and again in the Godzilla franchise.

Fouls In The Ring

However, unfortunately, King Kong vs. Godzilla’s legacy wasn’t solely one of positivity in hindsight. While all King Kong films except for arguably Kong: Skull Island struggle with racism, King Kong vs. Godzilla is one of the most egregious with its portrayal of natives. They’re portrayed with the use of brownface for their actors, an unfortunately common practice at the time, and also are not portrayed positively either.

Being shown as inferior to the Japanese main characters, cowardly, greedy, and willing to sell out their god, King Kong, for a pack of cigarettes. It’s an unfortunate stain on the Godzilla franchise and its legacy as a whole.

Though perhaps one of the most interesting elements of King Kong vs. Godzilla’s legacy is its relative difficulty in acquiring it overseas. Not the Universal-made edit of it, but the original Japanese version of the film. While partly because of the very, very complicated legal issues surrounding King Kong, a big reason for this is Universal’s stringent refusal to allow the Japanese version to be released outside of Japan.

It would take until 2019’s Criterion Showa Era boxset for the film to be released officially overseas, a fact that was much celebrated and looked forward to enthusiastically. Unfortunately, it was found out that there was a catch. The only way that Criterion was able to get it approved for release on the boxset was that on the disc for King Kong vs. Godzilla, only the American recut and dub would be available as the ‘main’ version.

The Japanese version was instead relegated as a bonus feature on the bonus disc, an element that perplexed many. Though while disappointing, many were still glad that there was now an official release of the Japanese original.

Who Would Win In A Fight?

King Kong vs. Godzilla’s legacy has been enduring, persisting even in the 21st century as one of the biggest rivalries in cinema alongside Alien & Predator, Freddy Krueger & Jason Voorhees, and Batman & Superman. It’s so big that Legendary’s MonsterVerse was building towards it, with a remake now on HBO Max. It seems that the legacy of King Kong vs. Godzilla will never end.