Perhaps the moral of the story is that adaptation and collaboration have always been a complicated game of tug of war. And like any war, people choose sides. 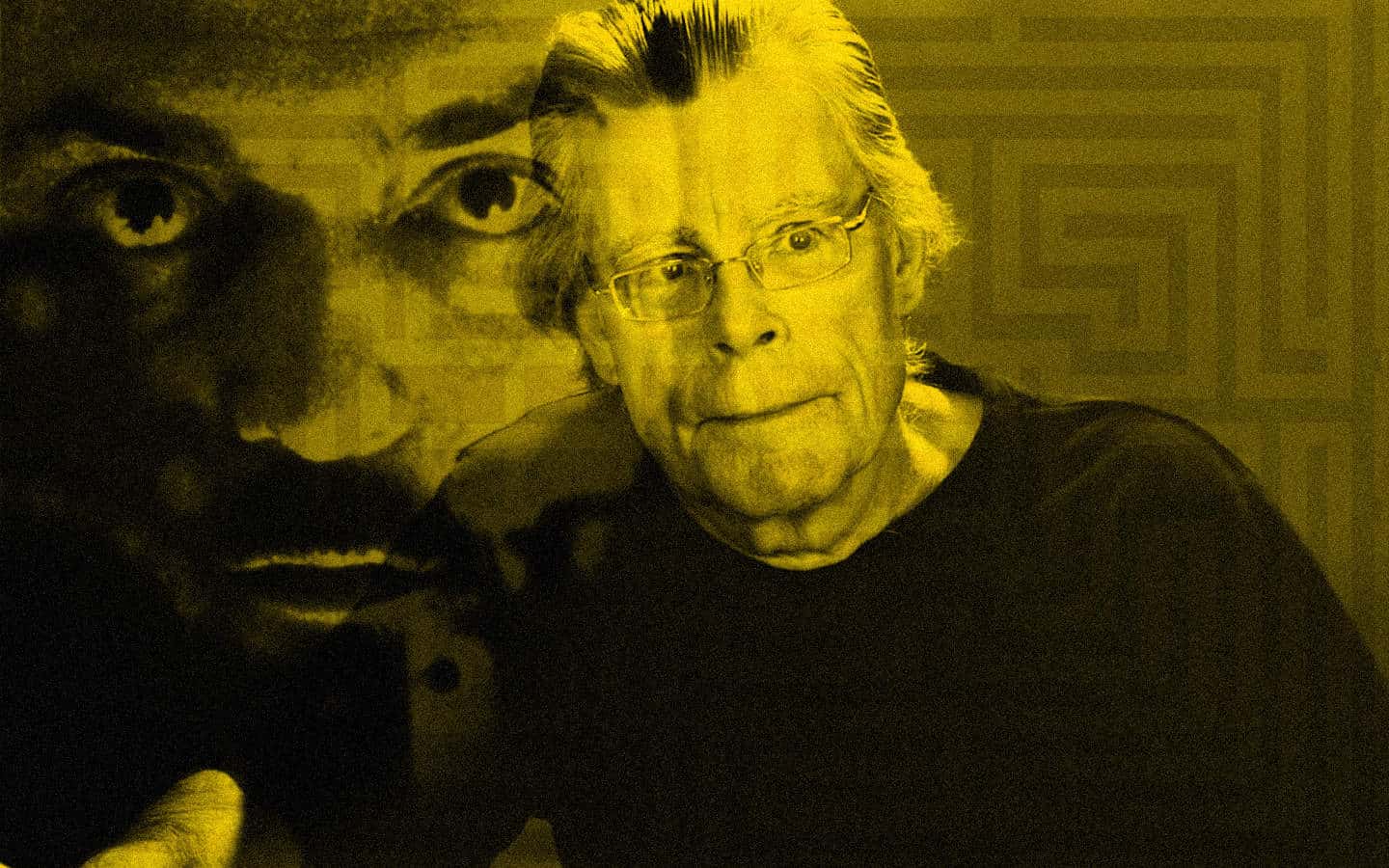 A look at the creative differences between Stephen King’s and Stanley Kubrick’s adaptations of The Shining.

While many horror fans, and even non-genre film fans, tend to put Stanley Kubrick’s The Shining at the top ten lists of greatest scary movies ever, I personally do not agree. While the film is visually stunning and features an amazing performance by Jack Nicholson, I feel that it doesn’t live up to my expectations from the book. One person who also has some issues with the film is none other than Stephen King, author of the novel that the film gets its title from, and he is not shy in discussing his problems with the film either.

There is no law written that if a production company or distributor gets the rights to your book, gives it to a filmmaker and then cranks out a film that you (the author) aren’t happy with, that you will be able to make them fix or change it before release. Plenty of writers are unhappy with the movie adaptations of their books and short stories. It happens all the time. So why is it such a big deal that King does not love Kubrick’s movie?

Part of the problem here is that the majority of people in the world now associate the story of The Shining with the film and not the book. And the book is very different from the film. The Shining helped Kubrick become the cinematic legend that he was, especially thanks to it being part of a trilogy of adaptations that stray generously away from their source materials that went on to be considered classics as well (along with 2001: A Space Odyssey and A Clockwork Orange).

What is truly special about this case is that King didn’t care. He knew the world loved Kubrick and his movie, but he spoke up anyway. It is part of the bravado of a man on a literary streak of hits who was also well into his own addictions at the time much like his character Jack Torrance. Basically, King knew he could say whatever he wanted and it wouldn’t be held against him. The big companies like Columbia and Paramount still lined up to buy up his properties to make more films…and he didn’t care for all of them either, but that’s ok. He was still bringing in those fat checks for the rights to his films, and I think that makes him even more of a rock star.

Stephen King released the novel The Shining in 1977 as the follow up to his first two successful novels (Carrie and ‘Salem’s Lot). The film of Carrie was released in 76 and King had been relieved at how much he enjoyed Brian De Palma’s interpretation of the story. He even reportedly liked the new ending better than his own. So going into his second film adaptation, King may have been not just optimistic but even a bit naive.

De Palma had been a young director very early in his career but Stanley Kubrick had been making films for decades when he came to the project of The Shining. Kubrick had the reputation of making great demands of his actors and crew as well as being an auteur that made films to match his singular vision. With both De Palma and Kubrick, King was not an active part of making the adaptations of his stories. These mixed results would make one think that this led to the King initiating his next film, Creepshow, which was a complete collaboration with friend and director George A. Romero.

So let’s go back to the debate about The Shining. Why doesn’t King like the film? He has said that while the film is beautiful, it is not his book. As he said in a recent article…

I think ‘The Shining’ is a beautiful film and it looks terrific and as I’ve said before, it’s like a big, beautiful Cadillac with no engine inside it.

So where did the engine go? In many ways, the film removes the heart of the story. In the book we follow a young boy with a strange talent whose father is being manipulated by a vengeful force that lives in the memories of the hotel they must spend the winter in. In the film we meet an angry man that is driven crazy by the evil spirits in the hotel he has to take care of in order to redeem himself while his young son and wife are trapped in there with him. Both are the same story, but the perspectives are very different.

The book is about Danny Torrance while the film is about his father. The fact that the film even down plays the psychic powers that the child possesses because much of it occurs within an inner dialogue of the book, may make a first time viewer wonder what the title The Shining actually means.

In an interview at the time of the release of the film Kubrick discussed why he removed many of the aspects of Danny’s powers for his film:

If Danny had perfect ESP, there could be no story. He would anticipate everything, warn everybody and solve every problem. So his perception of the paranormal must be imperfect and fragmentary. This also happens to be consistent with most of the reports of telepathic experiences. The same applies to Hallorann. One of the ironies in the story is that you have people who can see the past and the future and have telepathic contact, but the telephone and the short-wave radio don’t work, and the snowbound mountain roads are impassable. Failure of communication is a theme which runs through a number of my films.

Kubrick on The Shining, An interview with Michel Ciment

Stephen King has said the lack of arc to Jack’s story in the film and the simplification of his wife Wendy frustrated him as he had written much more to them as people, while Kubrick was more concerned with the visual nature of the story and not the inner turmoil of his characters.

By removing both the in-depth workings of the characters and most of the references to Danny’s “shine”, the story has no meaning now. This is proved by the relatively small role that Hallorann has in the film. In the book, Hallorann becomes a mentor to young Danny.

He is someone who helps him to understand his powers and then comes to his rescue at the end of the story. In the film Hallorann does try to come back in the end and save Danny and his mother, but is quickly killed off by Jack as soon as he arrives at the hotel. This leads to the film falling into the trap of placing a black character in a position of supernatural power, but also shows that he is disposable.

As Wendy’s character in the book protected her son and fought off her husband’s attacks, in the film she falls deeper into stereotypes of hysterical women and spends the second half of the film screaming. Kubrick easily applies the tropes of the times, while King was trying to fight against them in his novels.

Another main difference is the very end of the story. In the movie, the Overlook Hotel survives the final battle between Jack and his family. On the other hand, the book has the hotel burned to the ground as a way to save Wendy and Danny from Jack’s wrath. This was a major change to the end of the story. Again Kubrick discusses why he made this change:

To be honest, the end of the book seemed a bit hackneyed to me and not very interesting. I wanted an ending which the audience could not anticipate. In the film, they think Hallorann is going to save Wendy and Danny. When he is killed they fear the worst. Surely, they fear, there is no way now for Wendy and Danny to escape. The maze ending may have suggested itself from the animal topiary scenes in the novel. I don’t actually remember how the idea first came about.

Kubrick on The Shining, An interview with Michel Ciment

Personally, I feel like I may have enjoyed the film much more if I hadn’t read the book first. I know so many people that came to the story from the film first and can now appreciate both easier than I can.

While the film has so many iconic sequences and truly terrifying moments, I couldn’t help but spend the entire time comparing the two stories. I recently listened to the audiobook of The Shining in order to prepare to read King’s sequel, Doctor Sleep, and I was truly amazed to remember how much story happens before the family even lays their eyes on the Overlook Hotel.

I wish Kubrick had included more of these images in the film. In the end, I will re-watch the film too as I am curious of the filmmakers reconciling of both stories in the film version of Doctor Sleep and will keep an open mind as I try to learn to appreciate the Kubrick film more now too.

They truly need to be seen as two completely different stories that just happen to use the same names and places to tell slightly different tales. Perhaps the moral of the story is that adaptation and collaboration have always been a complicated game of tug of war. And like any war, people choose sides. I am still on Team King, but have many friends on either side of the battlefield. This is one of those battles that end with laughter instead of tears and in the end, we all love The Shining in our own way.