Larry Winfield is a talented artist and content creator that is leading his own underground movement. 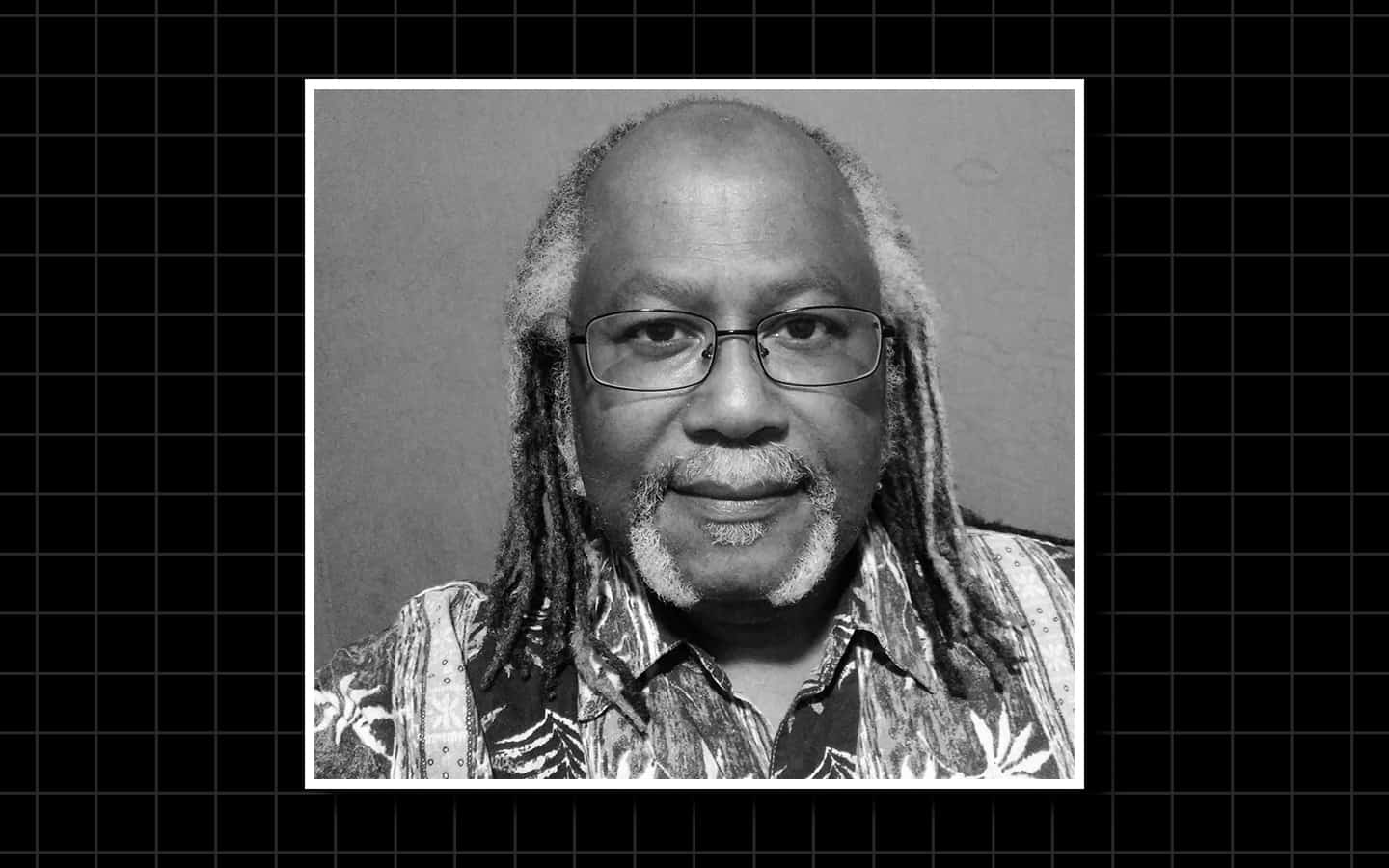 Larry Winfield is many things. He is a poet and author in the horror genre, an artist in jewelry and sculpture, a music DJ, and a podcaster/blogger. Larry is the man behind the Magnetofunky Podzine which is one part podcast that integrates audio essays with a curated eclectic range of music and one part accompanying website/blog that elaborates and expands on each episode.

When I reached out to Larry over email, I asked him how all of his talents work together. Larry is honest and humble in his response. “I’m not sure it fits together; I’ve never had a permanent mission or goal or thing to prove, just pursuing possibilities that presented themselves, and art in general was always something I came back to because it was personally satisfying.” He attributes the ability to act on his dreams and explore the arts to coming from a supportive family that didn’t choose his path for him, but let him follow where his imagination led him.

“The problem was that my interests were all over the place, and just one or two avenues of expression was never satisfactory. In high school I was the strange art kid who didn’t act ‘black,’ spoke English a little too well, and listened to bands like Yes and ‘country’ music like Neil Young. In college I was a speech/theater major and a radio dj.”

Larry’s journey led him across fields of study, exploring the arts and then even geographical experimentation. Starting in Chicago, then moving to LA for a decade before settling into San Francisco in 2012; both as his new home and his new art scene. In San Fran, he studied at City College of San Francisco and explored the physical mediums of creating art with sculpture, jewelry and casting. As you take in Larry’s podzine, you see that his skills also branch into the mechanical and technological as he works on mountain bikes, making his own batteries and other DIY projects.

I asked Larry about his podcasting and blogging. “First I have to mention my previous podzine, Sundown Lounge, begun in 2005 shortly before joining the group LA Podcasters. This was the closest thing to being a pirate radio dj again with a platform to speak freely; from Summer 1999 to 9/11/2001 I was ‘DJ Merlot’ with an underground music politics and poetry show on Guerilla Love Radio in Chicago.”

Eventually Sundown Lounge came to a close so that Larry could focus on sculpture, but the state of politics in America brought him back on the air. After working at the polls for the 2016 election, Larry decided to start a new show as what he calls an act of “personal resistance”. “I had a front row seat for the surprise Electoral College selection of Trump (AKA PGrabby ).” He wanted to get information out to the world in an old-school hacker kind of way. “…I knew San Francisco would be a political target and that sabotaging the local power grid was a real possibility.” So he took to the digital airwaves.

“Magnetofunky debuted on Jan. 2nd, 2017, again focused on music from mostly independent bands and artists from around the world who had cool songs but sometimes never got on the radio. The geeky focus on a non-engineer struggling to make an emergency power system for people who live in SROs (Single Resident Occupancy – author’s note) and will never buy a Tesla Powerwall was my answer to every dystopian flick that started with the big cities going to hell first.”

The website serves as a resource for listeners, filled with links and images to detail his progress on projects as well as provide links for the bands featured in the episode.“ I used to have a Facebook podcast page with somewhat decent hits, but last year I’d had enough of Mark Zuckerberg (AKA Z-Dog)’s apathy toward all manner of right wing mendacity on the platform and deleted my account and started a podzine Twitter.”

Music is a big part of the show, so I asked Larry, how did he keep the format so fluid and eclectic? He points to the local radio formats of the past that weren’t scared to mix genres and experiment. “Aside from submissions from indie bands, my aim is to feature songs that are freely available that bands want to get played, as long as I like the beat and flow, whether it’s Tehran Hip Hop, Beijing Punk, Tokyo Baby Metal, or a bedroom producer who doesn’t even have a band – if it grabs me, I’ll play it.”

Knowing that he wears his politics on his sleeve within the content of the podzine, I wondered how that went over with his audience. “My previous show Sundown Lounge did get negative feedback of sorts – I did a Google search for reviews once and found on a Reddit topic a conservative listener who said he ‘hated my politics but loved my taste in music.’ The show was hacked three times: in 2008 a pro-Tibet episode was taken down for a day by a suspected Chinese troll; when Karl Rove released his autobiography in 2010, the same day I featured many songs from an anti-Rove album with the same name and a right wing troll crashed it for a day; in 2012 right before the big election I did a pro-Obama/anti-Romney show featuring dueling political ads and the show as well as a page of contrasting videos was hacked until I restored them.”

When it comes to Magnetofunky, though, it seems to have found a different groove. Larry describes the show as an “underground personal journal podzine”. With its almost casual approach to an NPR-like style, the DIY gear heads have come along for the ride. “With Mfunky, I have gotten positive feedback from people interested in my energy experiments (a mini-Tesla Coil and a Bedini Motor I built to see for myself if it worked, and it did), in particular on my working model 100W self-recharging battery operated power plant. That said, I’ve had no contact from the ‘free energy’ blogs and forums because I’m just a guy in a SRO who’s not trying to sell an overhyped gadget.” For that he credits keeping the show underground with almost no advertising. “…little to no local advertising aside from the occasional guerilla-posted flyer and ‘looking for indie music’ ads on different Craigslist city pages, and with an audience I’m guessing is in the low thousands scattered globally (mostly word of mouth from featured bands), I’ve only gotten positive feedback so far on my political barbs or the progress of my power experiments.”

So what is the future of Magnetofunky? With its impetus being the Trump administration and the state of the world, does the show continue if the threat is finally removed? “If this year’s election results in the defeat of Trump, I may only run the podcast a year or so to cover the anticipated GOP efforts to hobble Biden’s cleanup of the Augean Stables-level rot in the government. Meanwhile, I’m advising all the informed non-voters to get off their asses and be citizens, and recommending everybody have some kind of backup power, even if it’s just a box of AA’s.”

I recommend you check out Larry’s journey in DIY battery creation, music, and life by listening and reading to Magnetofunky. If you are interested in Larry’s art and other projects, his main website can be found here. Larry Winfield is a talented artist and content creator that is leading his own underground movement.