Why Do Horror Movies Look the Way They Do?

Ever wonder why horror movies look the way they do? It has a lot to do with German Expressionism, a World War, and one certain film. 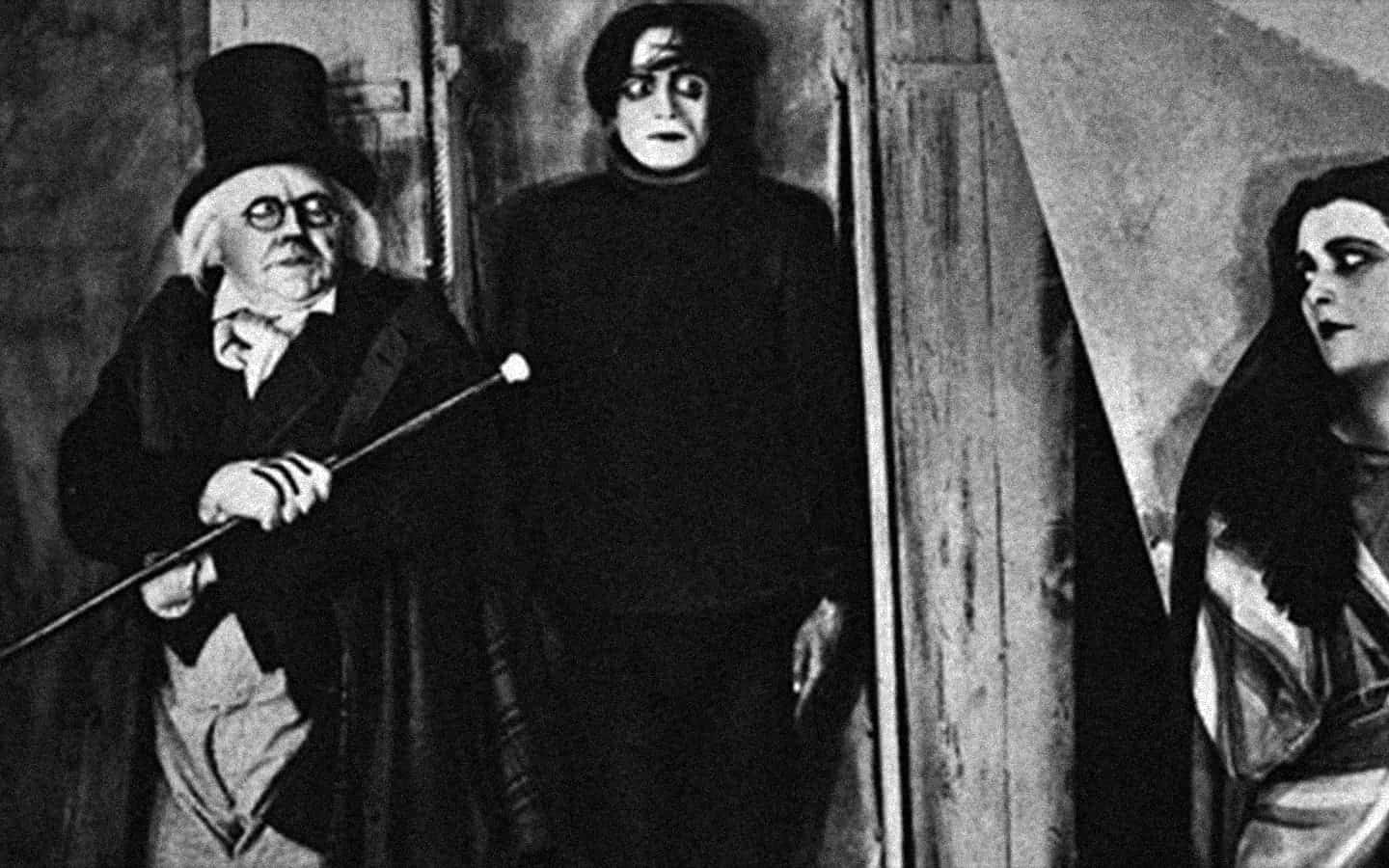 Why do horror movies look the way they do?

Throughout the history of film making the horror genre has often been portrayed as a degenerate art form. The genre has been continuously disregarded for its senseless violence and explicit sexualization. Its sociological origins are rooted in art movements, world wars, and societal schisms. The Cabinet of Dr. Caligari released in 1921 represents the dawn of these themes in the horror genre – particularly with its stylization of German Expressionism.

What is The Cabinet of Dr. Caligari About?

For those uninitiated with the film, The Cabinet of Dr. Caligari follows a hypnotist named Caligari. He abuses his abilities to control a somnambulist (a sleepwalker) named Cesare to commit murders. But how does this single film define an entire genre? Let me explain.

Near the end of the 19th century, Europe’s lower and middle classes were transforming. Across countries like Germany, Norway, and France, citizens began to reject the idea of the bourgeois. There was a conservative fear across the upper class of degradation of society through art, philosophers poets, and painters were creating a new subculture, one that would create a new world in the name of modernity.

The idea of forward-thinking helped conjure up the art movement known as Expressionism. Expressionism was unorthodox, experimental, and filled with angst, it was everything the people needed it to be. The style prioritized the raw, emotional evocation, rather than the reality of the subject. This can be best exemplified through Edvard Munch’s The Scream painted in 1893. Munch wrote…

“One evening I was walking out along a mountain road near Christiania-together with two companions…the Sun went down…it was as if a flaming sword of blood slashed open the vault of heaven–the atmosphere turned to blood–with glaring tongues of fire–the hills became deep blue–the fjord shaded into cold blue–among the yellow and red colors–that garish blood-red–on the road–and the railing–my companions’ faces became yellow-white–I felt something like a great scream–and truly I heard a great scream”.

Rather than just painting a portrait of staring into the crimson sunset, Munch painted his personal anxieties in that moment and in turn created one of the most famous pieces in the expressionist art movement. The work of expressionist artists can be identified by their jarring compositions, unusual color palettes, and jagged strokes.

These elements can be seen through Franz Marc’s expressionist painting – Fate of the Animals. In it, animals can be seen writhing in anguish, twisting their bodies in pain. What is even more foreboding is what was written on the back, it said: “and all being is flaming suffering”.

This was a supposed premonition of the storm to come.

The year was 1914 and Archduke Franz Ferdinand was assassinated. Germany declares war, Russians mobilize, and over the next four years, millions of lives would be sacrificed. Near the end of 1918 the German Army, Generals, and citizens knew that their war effort was hopeless which led Germany to virtually surrender.

Back home, die-hard nationalists took the chance to blame the civilians for betraying the army and surrendering. This political and societal tension in Germany created a false stabbed-in-the-back mentality which ended up fueling distrust in democracy and later became the political campaign of the Nazi party.

Out of a population of 65 Million, Germany suffered over 2 million military deaths and nearly half a million civilian deaths due to wartime causes. German citizens began to talk of distrust in their crumbling government.

People called for reform and for the end of the all-powerful dictatorship. Out of the death, angst, heartache, frustration, and struggle came forth the artists and philosophers to create what was exactly on the minds of the people. So came Hans Janowitz and Carl Mayer.

Making The Cabinet of Dr. Caligari

Hans and Carl wanted to amalgamate their wartime experiences into a screenplay. What they would write told of abusive authoritative figures, submissive soldiers, men losing their sanity, and a society gone berserk.

The screenplay was written during the winter of 1918 and sold during the spring of 1919. Fritz Lang was originally picked to direct the experimental film, but due to scheduling conflicts, the script would be given to Robert Wein. Wein was set to direct The Cabinet of Doctor Caligari. The film’s set design is lucid and nightmarish, something like a living painting.

The film represented an all-encompassing fear of unchecked power and would act as the vehicle to speak out against Germany’s obsession with tyrannical rulers. Not only in its writing but as well as its visual storytelling. The film’s art director Walter Reimann said:

“Films must be drawings brought to life”.

This would become the film’s credo. Reimann stayed true to his words and utilized the now popular expressionist style to create painted landscapes, elongated shadows, and contorted backdrops to emote the overarching tone of the film.

Upon release, there was nearly universal admiration for the film. German film audiences were able to connect on an intrinsically deeper level while American film audiences praised it for its unique aesthetic.

The Cabinet of Doctor Caligari was an international success. Major film production companies began to take notice and hired German artists and cinematographers to create their own expressionist-influenced films.

Companies like Universal would help popularize the style in America with horror pictures like Dracula, Frankenstein, and The Mummy. German expressionism in filmmaking was becoming the definitive look of horror films and film noir across the globe, it helped define the work of major directors like Alfred Hitchcock or Tim Burton.

You can even see Expressionism’s imprint in modern horror films like The Babadook, Insidious, and It Comes At Night. Art will forever and always reflect the time and society it was forged in, to quote Curt Siodmak:

“There’s a parallel between time, history, and horror pictures. In times of peace, there’s no place for horror films, times of fear, like now, bring of the need for violence in people”.

New subcultures and new wars bring new creators with important stories to be told. The Cabinet of Doctor Caligari did not invent German Expressionism in film making, but its influence is unequivocal. We shall continue to see how its legacy is transformed and challenged.

About the Cabinet of Doctor Caligari

At a carnival somewhere in Germany, Francis (Friedrich Feher) and his friend Alan (Rudolf Lettinger) encounter the deranged Dr. Caligari (Werner Krauss). The men see Caligari showing off his somnambulist, Cesare (Conrad Veidt). Cesare then predicts Alan’s death, and by the morning his chilling prophecy comes to fruition – making Cesare of course the prime suspect. Is Cesare guilty, or is the doctor controlling him?