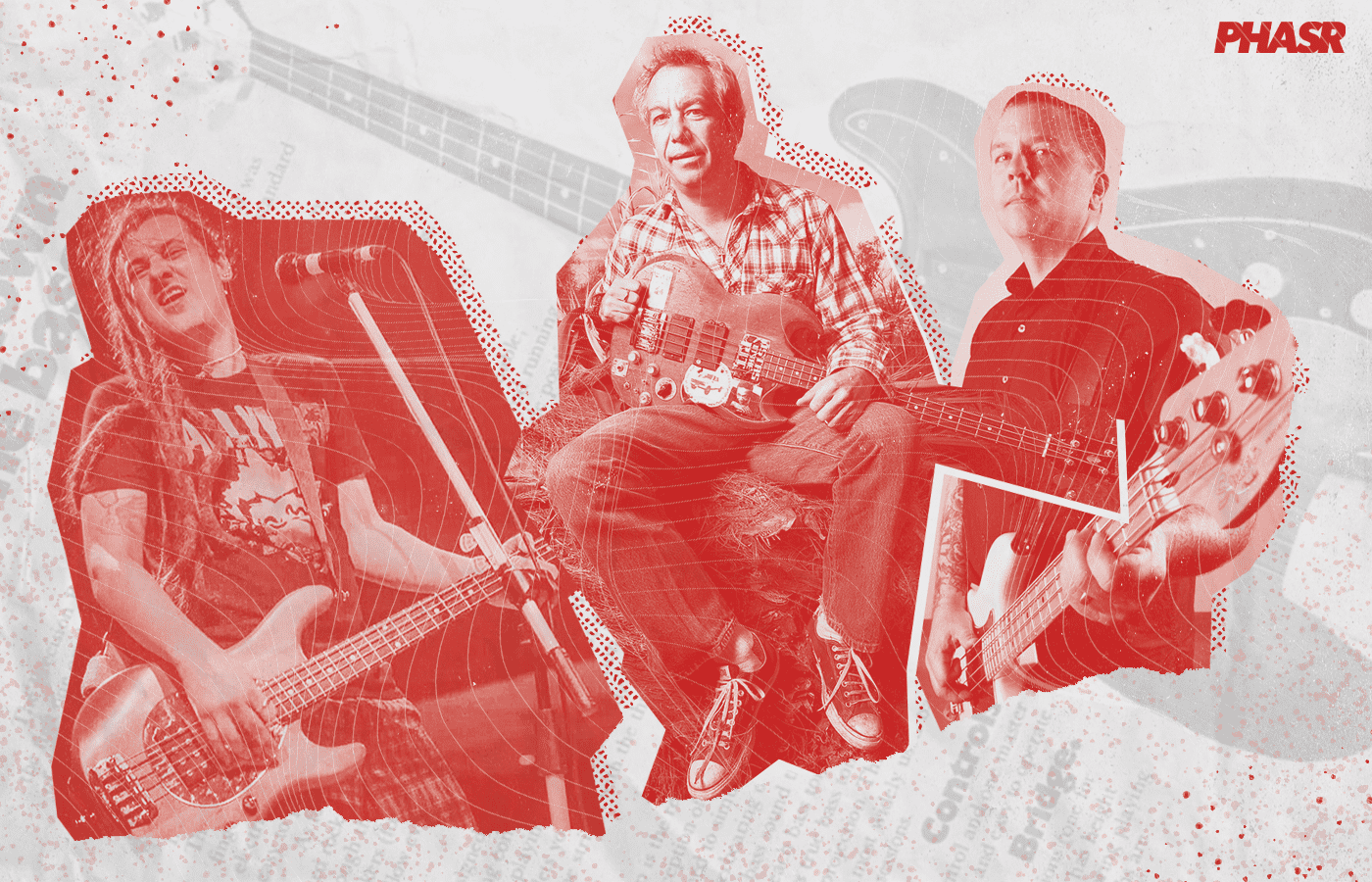 Punk rock by nature is a genre known for a lack of musicianship. However, that is a myth that must be busted. The punk rock genre, and subsequent subgenres, are filled with talented and creative musicians. Bassists are no exception here.

Today we want to go over our favorite punk bassists of all time. If we missed any of your favorites, let us know on social media!

The real shame about the Minutemen’s legacy is that they are mostly known for their song Corona. This track is widely known as the theme song for MTV’s Jackass. However, the Minutemen are an extremely talented and versatile band that pushed the boundaries of what was considered to be punk rock. Mike Watt’s bass playing was an integral part of the group. He blended many different genres into his playing, which gave the Minutemen their unique sound. There is no other band that sounds like the Minutemen.

When discussing punk bassists, Matt Freeman is usually the first name that is brought up. Can you really call yourself a punk if you haven’t had your face melted by the Maxwell Murder bass solo? Jokes aside, Matt Freeman is one of the most influential punk rock bass players of all time.

His use of scales and walking bass lines have influnced both ska-punk, and punk rock overall. Both Rancid and Operation Ivy are classic bands whose sound was shaped by Freeman’s skills.

The subgenre of pop-punk isn’t heavily loaded with great bass players. Where there are a handful, most bassists in this genre play along with the rhythm guitar. In my opinion, punk bass players often shine in three-piece bands. With only one guitar, the bassist has to put in additional work to fill out the sound. Mark Hoppus’ work in Blink-182 is a great example of this concept.

Dead Kennedys is a band that is not particularly known for its basslines. People usually discuss the band’s usage of dark humor to expose political issues. However, Klaus Flouride has written many notable basslines throughout the Dead Kennedys’ catalog. This didn’t really hit me until I was reading a forum post about Klaus’ bass skills. The moment I finished reading, my head was filled with great Dead Kennedys basslines I has never noticed.

Much like the Dead Kennedys, NOFX is another punk band known for its use of humor in its songs. While much of NOFX’s catalog is filled with silly songs, the member’s technical abilities are still there. This includes the bass playing of frontman Fat Mike.

Karl Alvarez is the bass player for Descendents and All. His bass playing helped shape what would later become known as pop-punk, and influence bands of all genres along the way.

The first wave of punk rock is not known for having great bass players. Dee Dee Ramone and Sid Vicious were not the most technical bass players of all time. However, a notable exception to this is Paul Simonon of The Clash. I remember realizing this fact the first time I heard Guns Of Brixton as a teenager. While that track opens with a strong bassline, Paul Simonon was a driving force throughout The Clash’s sound.

In general, ska-punk is known for having crazy walking basslines. When people talk about bassists in this subgenre, everyone always jumps right to Matt Freeman’s work in Operation Ivy. I don’t often see Roger Lima getting the love that he deserves. For years, Roger has been shredding bass in a way that gives Less Than Jake their signature sound.

I had the pleasure of seeing Less Than Jake live three times in my life. Each time, I found myself mesmerized by Roger’s bass playing. Even when Chris DeMakes was drunk and harassing the bouncers, all I cared about was watching Roger play the bass. That said, I am biased as I am a bass player myself.

Hunter Burgan is not a name I often see listed when people are discussing punk bassists. As a teenage bass player, I looked up to Hunter’s work and attempted to emulate his style myself.

As AFI shifted from being a run-of-the-mill punk band to a darker horror-influenced punk band, Hunter Burgan was there laying down crazy bass lines. His work on The Art Of Drowning has always been one of my biggest influences.

Who Is Your Favorite Punk Bassist?

We hope you enjoyed the list of our favorite punk bassists. Did we miss any of your favorites? Let us know on social media!