Stop-Motion Horror At Its Finest 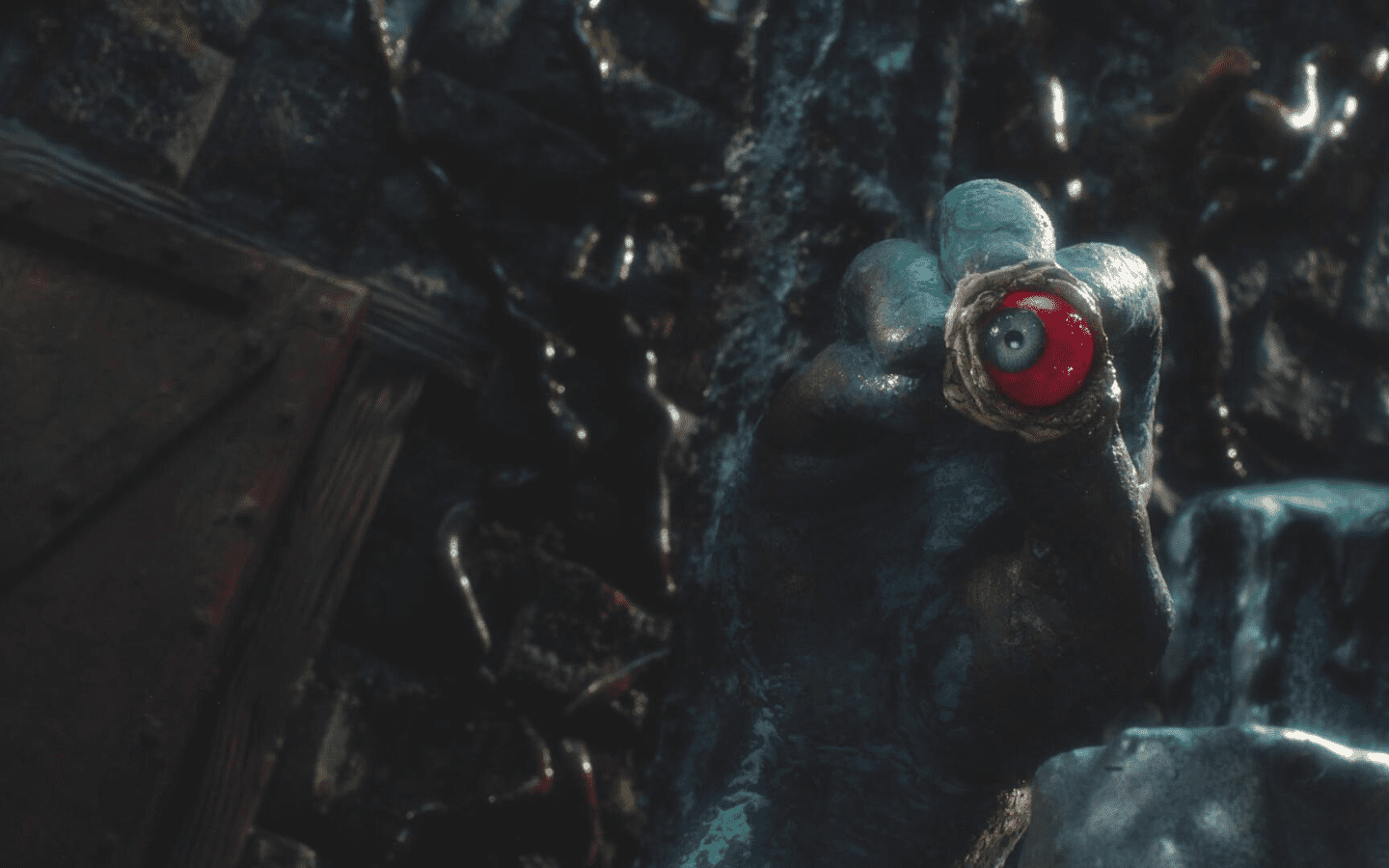 Mad God is a stop-motion animated film directed and produced by Phil Tippett. The score was done by Dan Wool. It was distributed by Shudder. The film has a total runtime of 83 minutes.

The protagonist of Mad God is known as The Assassin. They must travel down into an evil landscape filled with horrific monsters and dangerous creatures.

What is the definition of a movie? Merriam-Webster states that it is “a recording of moving images that tells a story and that people watch on a screen or television”. For most of us, we watch movies that involve intricate dialogues, loads of CGI, and with soundtracks that include familiar and recent music.

Shudder’s presentation of Phil Tippett’s ‘Mad God’ steps away from most of those ideas, relying more heavily on environmental storytelling, stop-and-go animation, and whatever you can interpret from the ongoing events that unfold. If it’s been some time since you’ve experienced a stop-and-go animation, I’d highly recommend this one, I WOULD NOT recommend having children watch this without parental guidance, IF AT ALL, as the sounds, scenes, imagery, and the film as a collective whole could scare them during a formative time.

The overall imagery of this movie is very morose and macabre, pitting factions against themselves at every layer you witness. The screen stays dark and lit only by small lights and the shellings of war or machinations to continue that war. It appears as an entry in a post-apocalypse where the only existence to be had is to continue the apocalypse. Creations meander mindlessly about, faceless, expressionless, and without emotion keeping the filthy world they are born into, slightly cleaner before the things that they work for consume them. There are scenes that appear to be laden with molded-over structures, entrails are strewn about, and the overall existence of hopelessness envelopes most of what is seen.

RELATED: The 45 Best Thriller Movies Of All Time

For dialogue in this movie, you will rely on sounds of things that you would not logically associate with the creature making the noise. From shrill monkey screams, to alert and panicked crying babies, and a whopping two words of English, these will be your audio guides. The brunt of the movie is spent decoding a very well-put-together symbolism, the sounds are generally what you’d expect for a nation or world under the heel of a war economy. If you believe that you can multi-task and understand where you are in the story because of audio clues, discard that notion.

As you follow the character undertaking the exploration of this world in shambles, you will get some items that you can tie into a few modern-day working realities, a detached mental state but an engrossed physical burden to work, depictions of classes that are pitted against each other, and the somber thought that destruction breeds creation and vice versa.

This movie is terrific as the definition of what a movie or motion picture can be. It fruitfully explores some of the darker things we have seen, are seeing or will see without saying anything about them, judging not and expecting not, as the powers that set it in motion have deaf ears for those opinions. Mad God silently asks the question, is mad the form of anger? Is made the form of mental and psychological psychopathy? Is mad in this sense, both definitions? Which gives us a damning view of the encapsulation of humanity to its existence?

I can’t answer these questions but what I can answer is that this entry by Phil Tippett is a terrific one, even if it is not presented to tickle the notions of happiness and create a smile on one’s face. If you are looking for a film that will require your attention and will not require 2 hours of your time, this is a must-see, especially if your last stop-and-go motion experience has been forgotten.

RELATED: How To Watch The Scream Movies In Order

Have You Seen Mad God?

We hope you enjoyed our review of Mad God. Have you seen the film? Let us know your thoughts on social media!