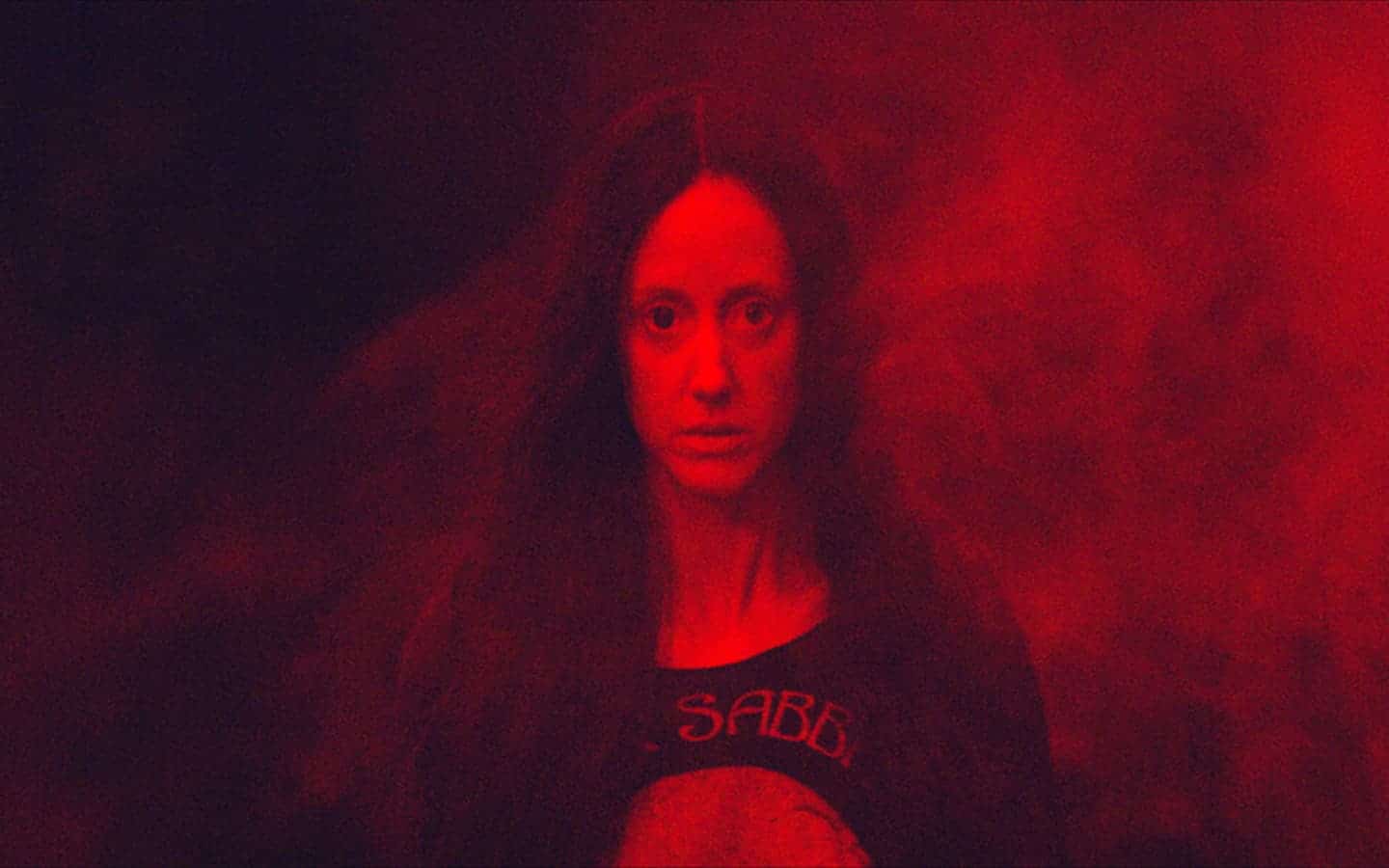 A lot of public knowledge on LSD and psychedelics is clouded at best. With a simple google search, you can find everything from government conspiracies to “it’s the key to personal enlightenment” and everything in between. Maybe because of its widespread rejection at the government levels, very little educational material exists out there for psychedelics.

So to have a film that focuses on the vague concept of psychedelics you’re already fighting an uphill battle. How do you put onto picture the feeling of psychedelics? What does one see, hear or even think about on psychedelics? Much like mental illness in film, the use of psychedelics can be very difficult to convey. These are topics we simply don’t fully understand. Luckily for us, Director Panos Cosmatos’ passion for storytelling potential of psychedelics beams through the screen. He uses the act of reading and the language of film to foster an engaging conversation on psychedelics.

Mandy is directed by Panos Cosmatos and stars Nicolas Cage, Andrea Riseborough, and Linus Roache. Allow me to make the painfully obvious joke right here and now: Mandy is a trip. Not only because the atmosphere of psychedelics permeates the film, but because of each scene stylized as if the viewer is being guided through an unknown world. What cranks the film to eleven is, of course, the wonderful Nicolas Cage, reprising his typecasted over-the-top character.

Psychedelics and the act of reading

In the opening scenes, Mandy references the stories she has been reading to Red. We see Mandy completely absorbed in the book she reads, “Seeker of the Serpent’s Kiss”. Cosmatos highlights the feeling of completely losing oneself in a good book. In this engrossed state, Mandy loses herself in the pages and in the act of reading.

In this scene, all other sound is drowned out except her voice as she reads the words on the pages. The camera shifts from a close up from her eyes to deep into the paragraphs she reads.

Comparing this scene with her held captive we can see a lot of similarities. After being doped with psychedelics, the picture becomes wonderfully distorted, sound and picture alike.  Another strong sense of an absorption washes over Mandy.

In the scene where Mandy reads, she is transported into the world of the book. The characters, the setting and the story becomes her reality in those quick but intimate moments. We’ve all been there. We are unable to put down that book we read to unwind at the end of the day. “Just one more chapter, just one more chapter”, we lie to ourselves.

In the second scene, Mandy goes through another sense of transportation. High on LSD, she is transported to a world of unknown characters in the form of the cult. Similar to her fixation on the book Mandy can’t look away from Jeremiah’s strong pull.

Putting these two scenes side by side, Cosmatos taps into the feeling of LSD and psychedelics. Many users report a sense that they were longer “in this world” and they were “transported” elsewhere.

Similarly, a book can transport you, more specifically, into the mind of the author. Between those lines, we are given an insight of all his or her love, pain and loss. The words pull us, almost in violation, into the world crafted by another human being. Many would argue that there isn’t anything else quite like losing yourself in a story.

Throughout the film, we are given otherworldly sounds and images because of the direct use of LSD. Mandy (and definitely Red) are lured into a foreign world and are given a different perspective. In this sense, LSD and psychedelics can also potentially transport you to a hidden elm in our world. Cosmatos points to the creativity of an LSD trip through the same creativity we experience in the act of reading.

Much like capturing mental illness on film, you have to ask yourself, “how do you capture a psychedelic trip on camera?” You can have a live CT scan and watch certain parts on the brain flare off (but who wants that?). Instead, Panos Cosmatos uses the language of film and Nicolas Cage to bring a psychedelic trip to life.

Cosmatos is obsessed with taking your eyes on a visual trip. The film grain that runs throughout the film gives the sense of motion even to a still picture. It creates a sense that everything from the background to the foreground is following some kind of pattern of movement. This movement relates to the idea that “everything is connected” psychedelic users experience.

Colors and tints also play a role in capturing a psychedelic trip. When Mandy is captured and forced to take psychedelics, Jeremiah and everyone in the room are washed over in a deep red. The red communicates that they are all internally connected by some overpowering invisible force. The smallest of Jeremiah’s movements leave behind blue trails as he walks around the room. This invokes a sense of the past and presents bleeding into time, a sort of violation of time itself.

But let’s get to the good stuff and the fun Cosmatos had with Cage’s character unknowingly taking super LSD. After Red disposes of a couple of members of the biker gang, he gathers his over the top ax and bow to continue his trip. But before heading out he takes a dab of the same gook the cult offers the biker gang. Immediately Red blasts off and we are shown his face literal melting off with his pupils dilated to the max. An overcoming high takes possession of him as he charges back into action.

We never fully understand why the biker gang from hell would require such a drug but I like to speculate that the gook is the source of their power. The psychedelic becomes the one thing Red needs to fully engage in action. It almost becomes his rite of passage to gain his newfound prowess. Cosmatos highlights a particular utility behind psychedelics in these scenes. He plays on public notions that psychedelics are nothing more than an escape to a world full of rainbows and anything but reality. But maybe they are something more. Something deeper than, once taken, can unlock potential. During the hellish fight, Red puts onto display a cunning and destructive sense on a par with the biker gang. The fight is beautifully choreographed with a sword fight, lasso play, and material arts.

Drawing from the theory that the demons receive their power from the LSD gook, we see something similar in Red here. Red in the previous scene was sloppy and eventually gets himself captured. But by the end of his fiery skirmish, Red puts on an absolutely skillful show. The LSD unlocks a fighting spirit in Red that allowed him to no longer be the captive but the destroyer. Cosmatos offers a notion that maybe psychedelics can be a means to an end. A notion that perhaps they can unlock a potential hidden deep within its user.

Tony runs Arias Screen, a place where they discuss everything film and television! Join him on his journey of overthinking!