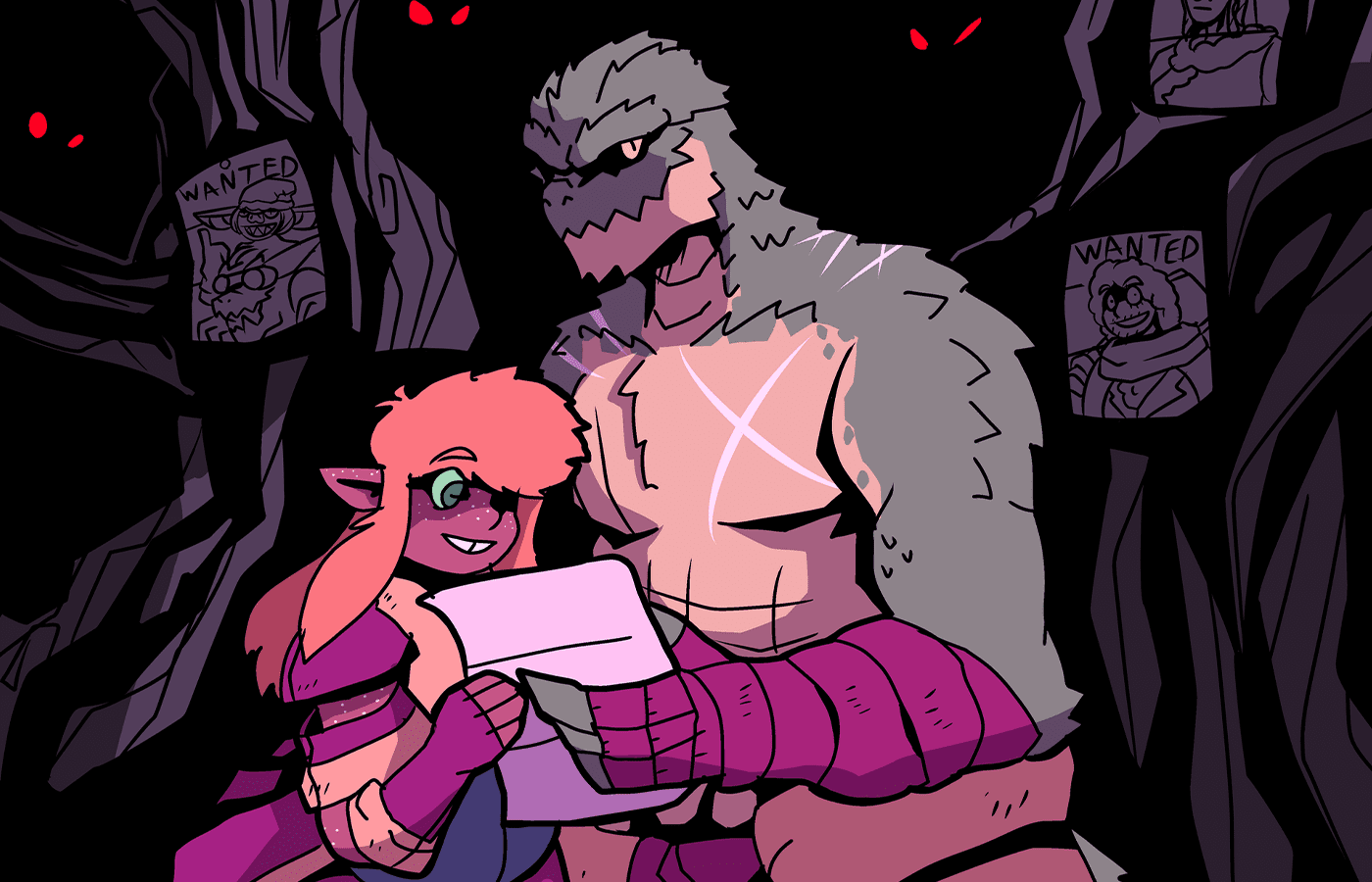 Thanks to the internet, the ability to create your own comic book or graphic novel is easier than ever. While there are many hurdles artists and writers still have to go through, we are living in an exciting time for indie comic book creators.

PHASR sat down with Fantasy comic book artist, Marcel Rocha. Rocha just published the first part of his fantasy comic saga The Flowers of Etrea and we talked about his work as an artist and his many inspirations. Enjoy.

So glad you were able to chat with us about your comic. Tell us a little bit about yourself and your comic Flowers of Etrea.

Well, I am a Latino artist who grew up in the American Southwest. I am also a happily married man who serves God the Father, the Son and the Zilla. I am a huge fan of monsters and fantasy.

Flowers of Etrea is a story about the worst errand ever. My protagonists, Sislo and Tetheril, leave their isolated forest home in search of a flower, only to end up in a world where time has left them behind. It’s a fantasy world that has entered an industrial era ran by dark forces.

What were your main influences for Flowers of Etrea?

My art style draws from being a fan of Mike Mignola, Genndy Tartakovsky, Hiroyuki Imaishi, and Hisa Masato. I owe my writing to (Guillermo) Del Toro’s films and the late (Kentaro) Miura’s Berserk. Setting and characters are inspired by all sorts of media I love. Other than the works of the creatives already mentioned, there is Hellsing Ultimate, The Elder Scrolls, Dorohedoro, and even Godzilla. The list can go on, honestly.

Truth be told, the main source of inspiration has to be playing tabletop games with my wife. Most of these characters and stories draw from those afternoons together with dice and character sheets.

Your comic’s protagonists Sislo and Tetheril already set themselves apart from traditional types of leading characters seen in fantasy. Compared to many other fantasy stories where the main characters are humans, elves, or dwarves (ie The Lord of the Rings). What was the mindset when writing your protagonists?

I like to make characters that I always wanted to see. It’s not every day that you see the monster save the day and get the girl. I like flipping character types.

Sislo is a lizard monster trying to live his life as a man. Tetheril is a Dryad who is naive and hopeful, a departure from the usual stern and cynical elves. Greiri is the only human and a rarity in this world. They are a lovable bunch of sad weirdos.

Flowers of Etrea used to be a traditional novel before you adapted it into a graphic novel. What led to the decision to change mediums?

When I wrote the original FOE, it was not what I really wanted. I was not happy with my drawings at the time, so I settled with making the story as a novel. Now, I get the chance to tell the story the way I wanted to.

Funny thing is, my art is still changing and improving with every chapter. Can’t wait to compare the first and the last chapters when this is all done.

A lot of your artwork focuses heavily on monsters from a sympathetic sense. What is your philosophy behind monsters and why you love them?

When I think of monsters, I often think of the immortal words of Ishiro Honda:

“Monsters are tragic beings. They are born too tall, too strong, too heavy. They are not evil by choice. That is their tragedy. They do not attack people because they want to, but because of their size and strength, mankind has no other choice but to defend himself. After several stories such as this, people end up having a kind of affection for the monsters. They end up caring about them.”

I love monsters. I related to them as a child who felt misunderstood and rejected at times. We need more stories where monsters are given the chance to be heroes.

Romance seems to be another major aspect of your comic as seen with Silso and Tethril already married when the story starts. In most stories a relationship is built from the ground up but instead, you skipped straight to marriage. Why did you have that for your characters?

I love romance but I hate it when it is poorly written. It slows the story, distracts from the plot, and can induce eye-rolling.

By having Sislo and Tetheril already married, I can circumvent that without having to sacrifice the warmth that comes from depictions of love. A favorite franchise of mine, Masamune Shirow’s Appleseed, does this well by having their protagonists in an established relationship.

What would you say was the biggest challenge of being an independent comic creator? Do you have any advice for new creators wanting to get their work published?

Biggest challenge is time and money. I can’t afford an artist, a writer, a colorist, or a letterist like a lot of these big comic projects can. I do everything by myself. My advice for those with little time and money is to go at your own pace. There is no need to rush because there is no deadline. Just be sure to give yourself time to plan and rest. If you really want it made, you will make it.

Also, don’t wait until your art is “good enough”. It will never be “good enough” because you will always be improving. Start it now.

Thank you for having me. You can find me on Twitter, Tumblr, and Instagram as @rochasaurusrex. The comic is uploaded by the chapter on Tapas and Webtoons for anyone to read.

Flowers of Etrea Part 01 is a cleaned-up collection of the first 6 chapters. It is available to buy in physical and digital form on Amazon. The original FOE novel is also available to purchase for those who want to read ahead… but I can’t guarantee the comic’s plot will go the same way.