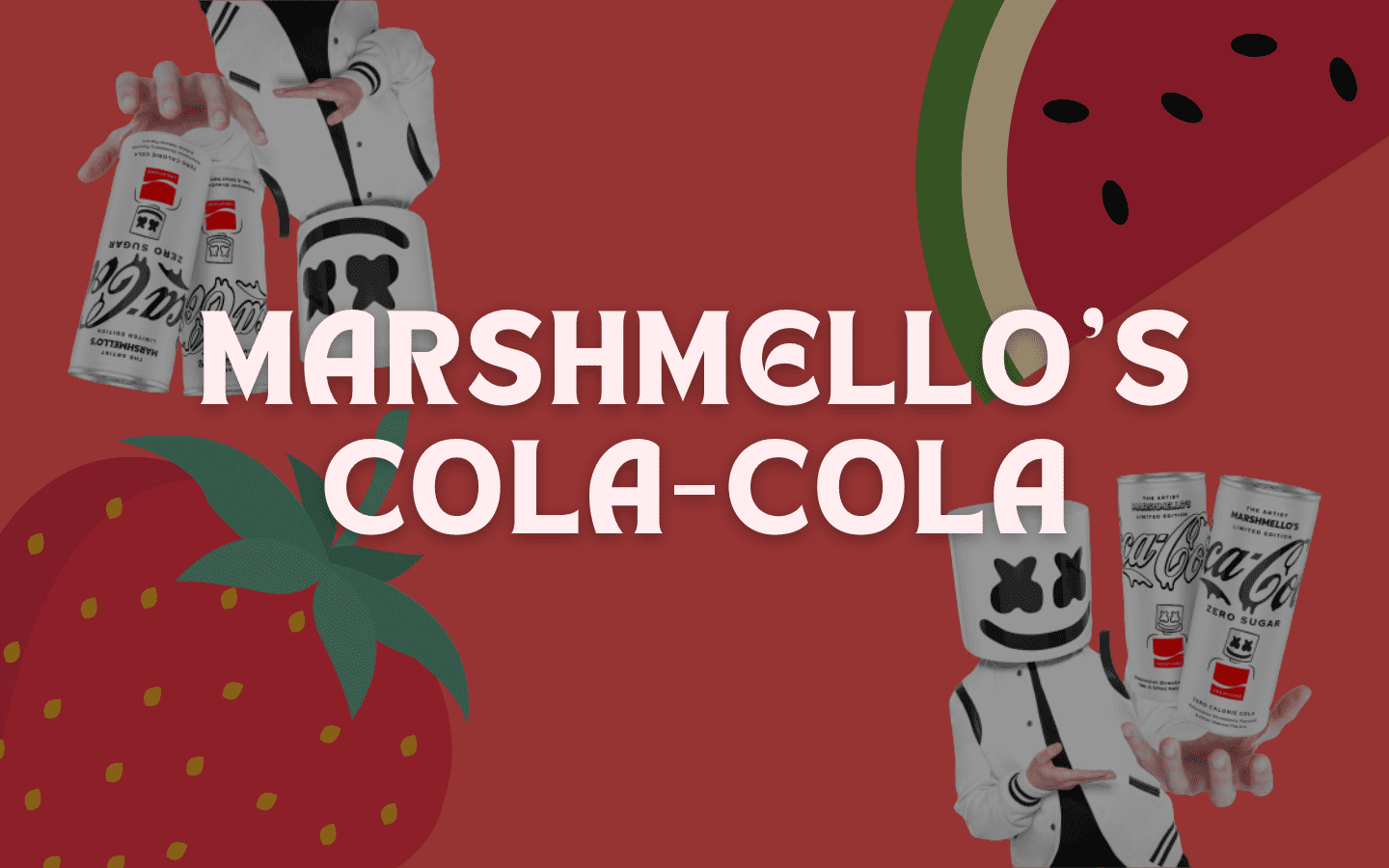 It’s October, and the grocery stores are rolling out a massive collection of unheard-of products. These new drinks and snacks have color schemes to catch the eyes and a variety of seasonal flavors. We have Pumpkin Spice Everything consumable. Spaghetti squash is rolling back into rotation. Stores have any candy your stomach desires. You know, the ones your heart hates you for eating? Yeah, we ate the whole bag, what of it?

The holiday season is known for cycling things in and out, especially when it comes to our addiction to soft drinks. A favorite of mine is the cranberry Sprite, which I argue should be available all year long. This year I spotted something that caught my eye and I decided to give both of its versions a shot. It is a thin, white can, with Coca-Cola stamped on it in Marshmello white with the DJ’s signature helmet on there as well. That’s right, I tried Marshmello’s Limited Edition Coca-Cola flavor.

So, what sets this apart besides the can? This is marked as being Coca-Cola with an emphasis on watermelon and strawberry flavors. I don’t know if seeing flavored Coke hesitates or encourages you, but for me, it’s when I see the orange cans. However, when I see vanilla and cherry vanilla I have to fight myself from grabbing a box of each.

Is there a difference besides there being other flavors? Is there more sugar, and more calories? Is the taste even good? You asked and I found out.

There are two versions of Marshmello’s Coca-Cola, regular and sugar-free. You can appreciate this beverage whether or not you choose to tempt the sugar gods.

The sugar-free is a Coke Zero product, meaning it has no calories per 12 oz serving. It also has no fat, 55mg of sodium, no carbohydrates, no sugars, no added sugars, and no protein.

The full-body version has 140 calories per 12 oz serving. It also has no fat, 30mg of sodium, 39 grams of carbohydrates, 39 grams of sugar and 39 grams of added sugars, and no protein. Compared to regular Coke-Cola, the calories and fat are the same. Regular Coca-Cola has more sodium.

That’s a lot of casual nutritional information. The real question is: Is it worth it?

Well, because I am the degenerate heretic I am, I went with the full-body, sugar-fueled, behemoth first. I have to say, as soon as my tastebuds registered, they were pleased. It drinks lighter on the stomach than a regular coca-cola and the watermelon and strawberry flavor additions are ample improvements.

Would it replace my vanilla or cinnamon Cokes? No, but it became my third favorite style of Coke after drinking just one can. Marshmello’s Coca-Cola would be great for summer activities but it is a welcome addition for the fall season as well. It is almost a goodbye wave to the summer.

Some artists will slap their name on a product to help with sales, even if it is a terrible product. That is not the case here. Marshmello has a really nice soda that I feel makes a candidacy for rotating flavor, if not a permanent one. I rate this soda 10/10 and would absolutely have more of these bad boys.

Because I’m the worst type of heretic and degenerate, I also had the Coke Zero version after clearing my tastebuds with a good amount of water. What I will say about Marshmello’s Coca-Cola Zero is that I do not enjoy whatever sweetening agent they use. It has a very sharp and noticeable taste that doesn’t evoke a feeling of pleasure when drinking it. Is that to say it’s bad? No, I still think that the initial flavors are somewhat there but they taste diluted and then overpowered by the sweetener. Therefore, it is a far cry from its full-sugar brother-in-drink.

It is still extremely light for a soda (made more so by it being diet). It could definitely be a nice summer day sipper, but for me, this version is a one-and-done, I will only drink this again if the sugar gods tell me that I have to change my dietary ways, I rate the zero-sugar Marmello’s Coca-Cola a 4/10. Unless this is Marshmello’s preferred version of the drink, I would move this one to maybe rotational, non-permanent.

Have You Tried Marmello’s Coca-Cola Flavor?

We hope you enjoyed our review of Marshmello’s Limited Edition Coca-Cola. Have you tried this new flavor of soda? Let us know on social media!