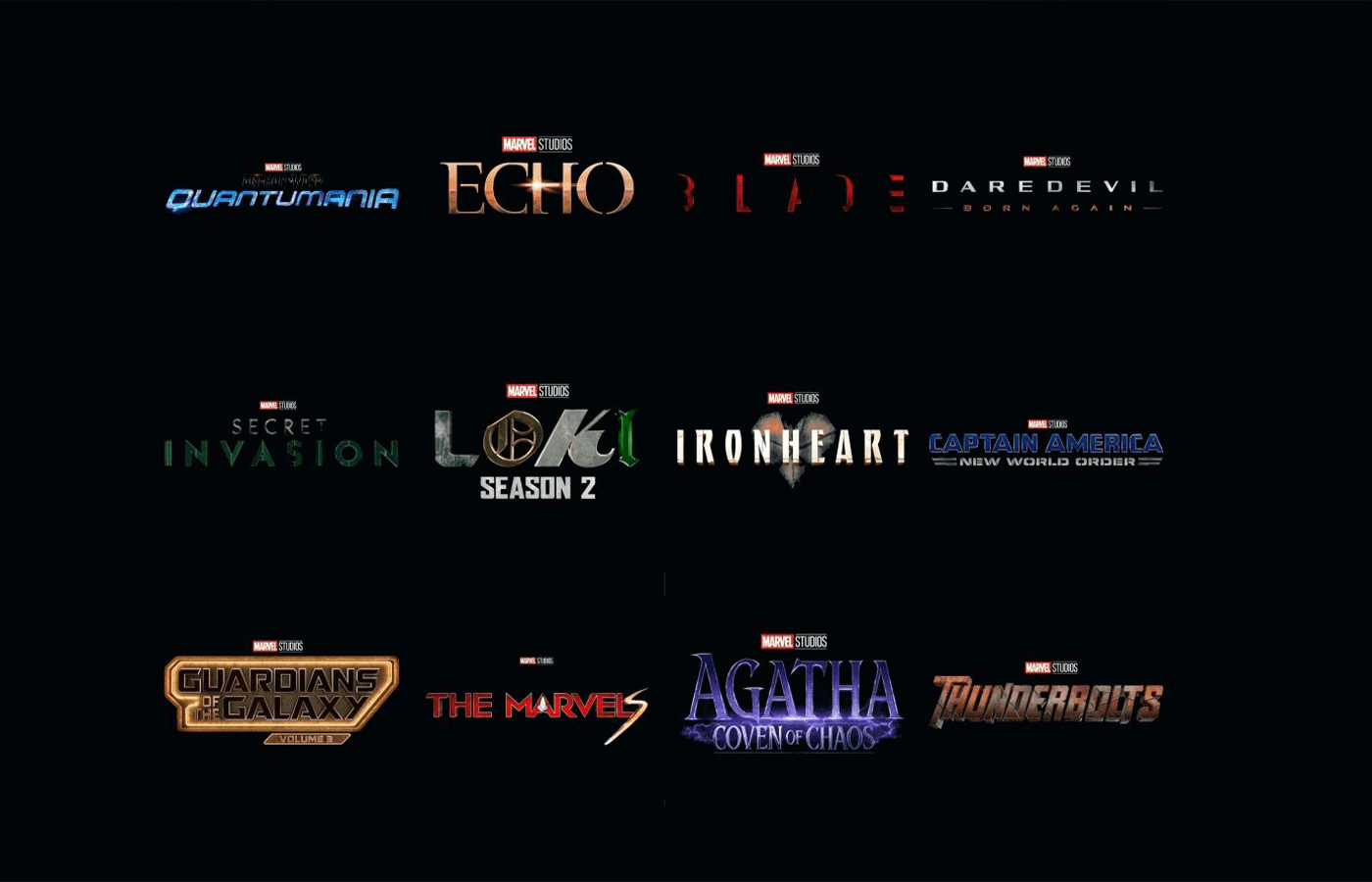 On July 23rd, 2022 during San Diego Comic-Con, Marvel Studios’ Kevin Fiege unveiled the full Phase 5 schedule during Marvel’s Hall H presentation. Officially calling this new era of the Marvel Cinematic Universe “The Multiverse Saga”, Fiege had given us our first full look at what to expect from Phase 5 (and some of Phase 6) which will begin after the release of Black Panther: Wakanda Forever later this year. As such let us explore what to expect from Phase 5.

RELATED: 20 Suits We Want To See In Insomniac’s ‘Spider-Man 2’

Ant-Man and The Wasp: Quantumania

Kicking off Phase 5 is the third entry of the Ant-Man films with Ant-Man and The Wasp: Quantumania. While the Ant-Man films for the most part have been fun side stories of the MCU, Quantumania seems to change that as Scott Lang, Hope Van Dyne, and now Scott’s daughter Cassie has to face Kang the Conqueror who was first introduced in the finale of Loki Season 1.

The first Disney Plus series of Phase 5, Secret Invasion seems to be an expected loose adaptation of the Marvel Comics event of the same name. Pitched as a conspiracy thriller, the series focuses on former SHIELD director Nick Fury and Skrull ally Talos as they realize other Skrulls have infiltrated positions of power on Earth.

The series will feature Ali Selem and Thomas Bezucha as directors with Mr. Robot’s Kyle Bradstreet as head writer. The cast will include Samuel Jackson, Ben Mendolsohn, Emilia Clark, and Olivia Colman.

Guardians of the Galaxy Vol. 3

The final film of the Guardians of the Galaxy trilogy as said by director James Gunn, a trailer for Guardians of the Galaxy Vol. 3 was shown as SDCC and is said to focus on the origin of Rocket as well as the debut of Marvel cosmic mainstay Adam Warlock. Classic Marvel Comics villain The High Evolutionary has been confirmed as the main antagonist.

A spinoff of the Disney Plus series Hawkeye, Echo will focus on the break character of the same name. Not much is known of this series though it is confirmed Daredevil and Kingpin are set to make an appearance. It will star the likes of Alaqua Cox, Charlie Cox, and Vincent D’Onofrio.

Ever since the release of the first season, Loki has been a game changer for the MCU as it both fully unveils the possibility of the Multiverse and seemingly revealed the (current) big bad with Kang the Conqueror. Tom Hiddleston is set to reprise his role as the God of Mischief and we eagerly await this series in particular with that bombshell of a season finale.

A sequel to both 2019’s Captain Marvel and this year’s Ms. Marvel, The Marvels sets out to have Carol Danvers and Kamala Khan finally meet along with Monica Rambeau also set to appear since gaining her powers in WandaVision.

The Marvels will be directed by Candyman (2021) director Nia DeCosta and is set to star Brie Larson, Iman Vellani, Teyonah Parris, and Samuel Jackson.

One of the earliest films to be teased for Phase 5 with it being announced all the way back in 2019, Blade finally has a confirmed release date for November 3rd, 2023! Now joining the MCU, Marvel’s vampire hunter could help pave the way for Marvel’s other dark supernatural characters such as Ghost Rider (as it seems Marvel is ignoring Robbie Reyes from Agents of SHIELD), Man-Thing, and Werewolf By Night to name a few.

Bassam Tariq is set to direct and will star Mahershala Ali as Blade with Delroy Lindo co-starring as well.

Making her MCU debut in Black Panther: Wakanda Forever, Riri Williams aka Ironheart will be getting her own Disney Plus show as part of the Phase 5 lineup. Not much is known of this series aside from Dominique Thorne reprising her role as Ironheart.

A spinoff of WandaVision, Agatha: Coven of Chaos centers on the breakout antagonist of WandaVision herself: Agatha Harkness. We do not know much as to whether or not this will follow the events of WandaVision and Doctor Strange In The Multiverse of Madness but this could be a fun show just to see more of Agatha with Kathryn Hahn reprising her role.

One of the biggest and most welcomed surprises of the Phase 5 lineup is seeing Daredevil getting a brand new television series. Now that Marvel and Netflix’s deal had expired, it’s clear Marvel Studios wanted to take full advantage of the Daredevil character. We have already seen that with Charlie Cox reprising his role as Matt Murdock in a cameo appearance in Spider-Man: No Way Home and is set to appear on Disney Plus’ She-Hulk later this year as well as Echo.

After the finale of Falcon and the Winter Soldier, Sam Wilson has fully embraced the role of Captain America after being given the mantel by Steve Rogers. The second major Marvel franchise to be given a fourth film after Thor, Captain America: New World Order will no doubt be a major entry for the future of the MCU.

The film will be directed by Julias Onah with Anthony Mackie reprising his role as Sam Wilson.

What could be Marvel’s answer to The Suicide Squad (the good one), the final film slated for Phase 5 features The Thunderbolts, a team of supervillains turned heroes/anti-heroes that seems to be the major team-up film rather than the traditional Avengers film. Jake Schreier is set to be the director of the film.

Very few details are shown but we seem to have good guesses as to who is set to appear with Baron Zemo (Daniel Brühl) most likely leading the team as Zemo has been the leader of different incarnations of the Thunderbolts. We can also expect Victoria Hand (Saffron Burrows) to return as she seems to be building this team and with that detail, it is more than likely the other members will include Yelena Belova (Florence Pugh) and John Walker (Wyatt Russell).

Not only we have gotten the full schedule of Phase 5, but Kevin Fiege has also given us a small taste of what to expect from Phase 6 with three major releases. We should note some past announcements haven’t been mentioned such as Armor Wars, the fourth MCU Spider-Man film, and Deadpool 3 though we should expect them to be announced either when we get closer to Phase 6 or in Spider-Man’s case from Sony Pictures.

Kicking off Phase 6 is Marvel’s first family aka The Fantastic Four. With John Krasinski making a cameo appearance as an alternate Reed Richards, the stage is set for the MCU Fantastic Four to appear though it is unknown if Krasinski will reprise his role as Richards and who will be directing with Jon Watts leaving the project due to wanting a break from filmmaking after directing the monumental Spider-Man: No Way Home.

As said before it seems the big bad of the MCU’s “Multiverse Saga” is classic Avengers villain Kang the Conqueror. Just as Thanos was the big bad of The Infinity Saga, Kang is definitely set up as the major threat to end the trilogy of Phases Marvel crafts. As with Phase 3, the team-up Avengers films will be in two parts, and the first part of being Avengers: The Kang Dynasty. But there could be more…

The Avengers: Endgame of Phase 6, Avengers: Secret Wars seems to take influence from both the 1984 and 2015 comic events of the same name as the epic crossover to end all crossovers for Marvel. One thing to note is while Kang seems to be the visible big bad of the current MCU, both versions of Secret Wars share the same antagonist: Doctor Doom. With Fantastic Four kicking off Phase 6, could Doom be the true mastermind of The Multiverse Saga? Only time will tell us.

What Are You Excited About For Phase 5 And Phase 6 Of The MCU?

What movie or show are you most excited about from the Phase 5 and Phase 6 announcements? Let us know on social media!