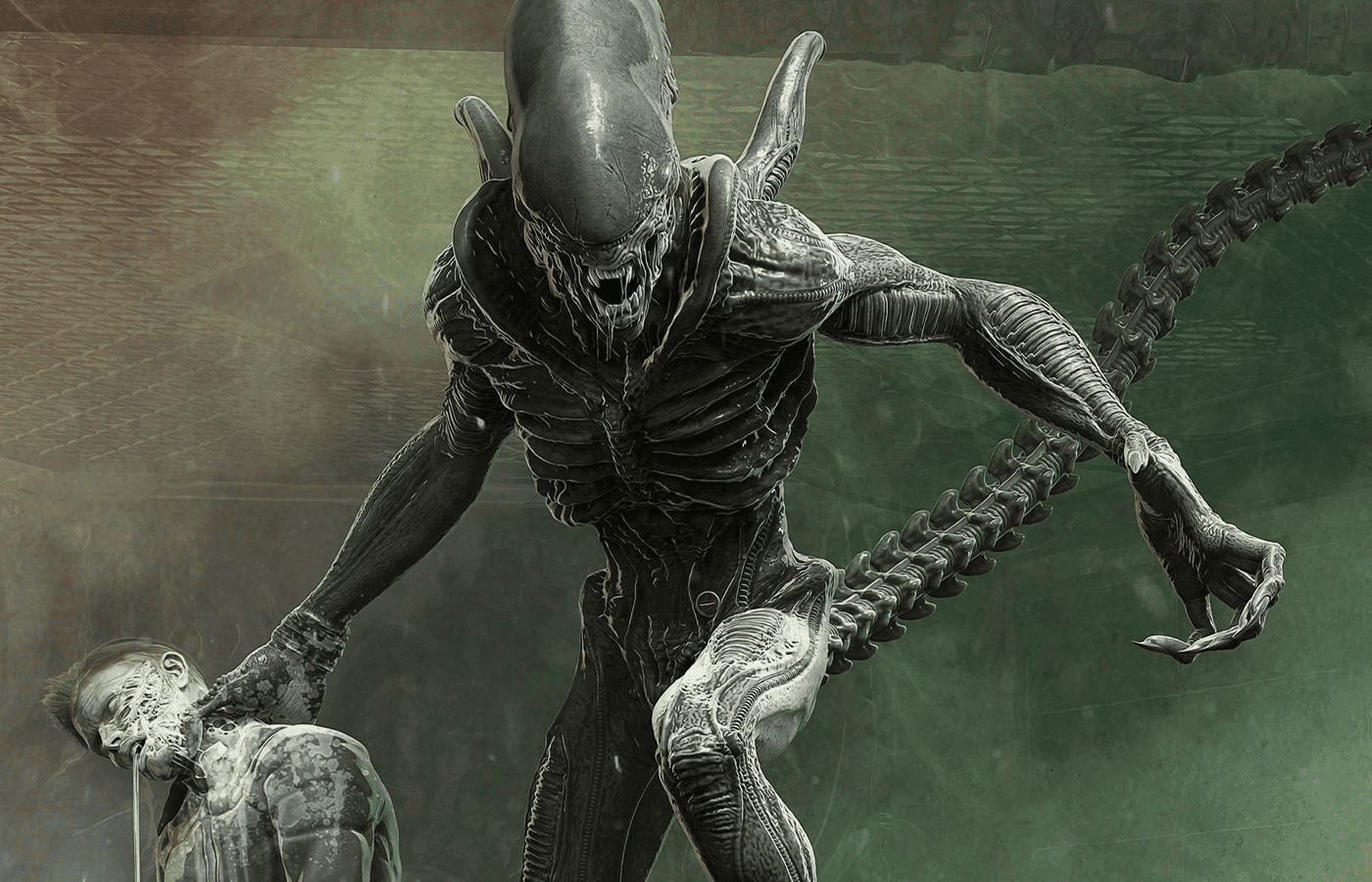 Last year Marvel published their first Alien comic book series after the franchise had been with Dark Horse Comics for nearly three decades. Written by Phillip Kennedy Johnson and drawn by Salvador Larroca, the 12 issues series was met with mixed responses as while Johnson’s writing is some of the best for Alien-related media from the best few years, the artwork by Larroca drew ire from fans due to many examples of supposed tracing.

Despite the mixed responses from Alien fans, the series was a big hit for Marvel with the first issue selling out at many comic shops. Now (for some reason) Marvel has relaunched their Alien series with a new number one with Johnson returning to write but this time the artwork is drawn by Julius Ohta. So will Marvel win back some Alien fans with Alien #1 (2022)? Well after reading this issue, it seems this is a step in the right direction!

It’s Not Game Over Man!

Alien #1 (2022) essentially acts as a setup for this arc which for a first issue really helps set the ready up for what to expect from the premise and what they should look forward to. In this issue’s case, it’s the setup for what is essentially a heist narrative.

Like the past two “story arcs”, this issue essentially starts a new self-contained storyline with very minor callbacks to the past storyline “Revival“. The issue begins in the year 2205 as all hell has broken loose on a Weyland-Yutani facility on the planet Tobler-9. Already Julius Ohta’s art is a vast improvement over Salvador Larroca’s as Ohta gives us a frantic scene of carnage as we see what was an apparent utopia fall apart with people running in terror and Xenomorphs turning people into minced meat.

To be honest the level of violence and gore caught me by complete surprise as while the last Alien series was very bloody, the gore here is something you won’t find normally published by Marvel unless it was under their MAX imprint. This sudden use of violence contrasting with the topic setting helps the reader feel a sense of dread from the Xenomorphs and not just fodder monsters.

Alien #1 (2022) then jumps twelve years later on Europa-5, a moon that is the home to a patchwork family of synths (the robots seen in many entries of the Alien series such as David and Bishop) living peacefully and showing off their superhuman feats. The story takes a sudden violent turn when a group of United Systems soldiers tries to capture the synths, only for them to be slaughtered.

The synths then manage to capture the soldiers’ leader General March and it is revealed these synths use to be a squad of skilled soldiers that went AWOL due to the United Systems seeing them only as property instead of sentient beings. Already we get to see more expansion of the world of Alien with the idea of combat synths played with but never fully realized to this extent.

RELATED: When The Xenomprh Became A Kids’ Toy

This also puts normal conventions of the Alien franchise on their head as normally synths within Alien stories are either psychopathic antagonists (Ash from Alien or David from Prometheus/Alien: Covenant) or passive individuals (Bishop from Aliens); with the only well-rounded non-villainous synthetic being Winona Ryder’s Annalee from Alien Resurrection.

So having our (presumed) protagonist be a group of badass synths is a great way to change up the Alien formula. As Alien #1 (2022) continues we learn why General March wanted to capture this group of synths, who used to be called “Steel Team”, as he needed to retrieve a biotech formula as a farming planet has suffered a nuclear accident and the formula could be used to salvage the planet and save its inhabitants from radiation poisoning. The problem is this formula is on Tobler-9, which is now a full-blown Xenomorph hive.

As said earlier Alien #1 (2022) sets up a great premise for an Alien story as it answers a question many fans ask: “Why not send a group of synths to a Xenomorph hive?” For those unaware in many Alien stories, we learn that Xenomorphs tend to ignore synths as they don’t see them as “alive” unless the synth becomes an obvious danger. So this comic is setting up a story using that bit of knowledge to give us something akin to Ocean’s 11 meets The A-Team with Xenomorphs.

Writer Phillip Kennedy Johnson continues to show why he was a great choice to write this series as he fully understands the Alien franchise and comes up with great ways to expand the universe along with playing with the already established mythos. And it’s that kind of creative mentality not only this franchise needs but continues the torch passed to Marvel from Dark Horse Comics.

Alien #1 (2022) is a great first issue to what could be a very awesome story within the Alien franchise. With great artwork by Julius Ohta and Phillip Kennedy Johnson proving himself as the best choice to write this Marvel era of Alien comics, this new Alien series could be the shot in the arm to remind people how great this sci-fi/horror franchise can be past the initial films.

Did you read Alien #1 (2022)? What did you think of this first issue? Let us know on social media today!