One thing that Matango brought into the table is the idea of merging with something that isn’t seen as “natural” and losing yourself to it. 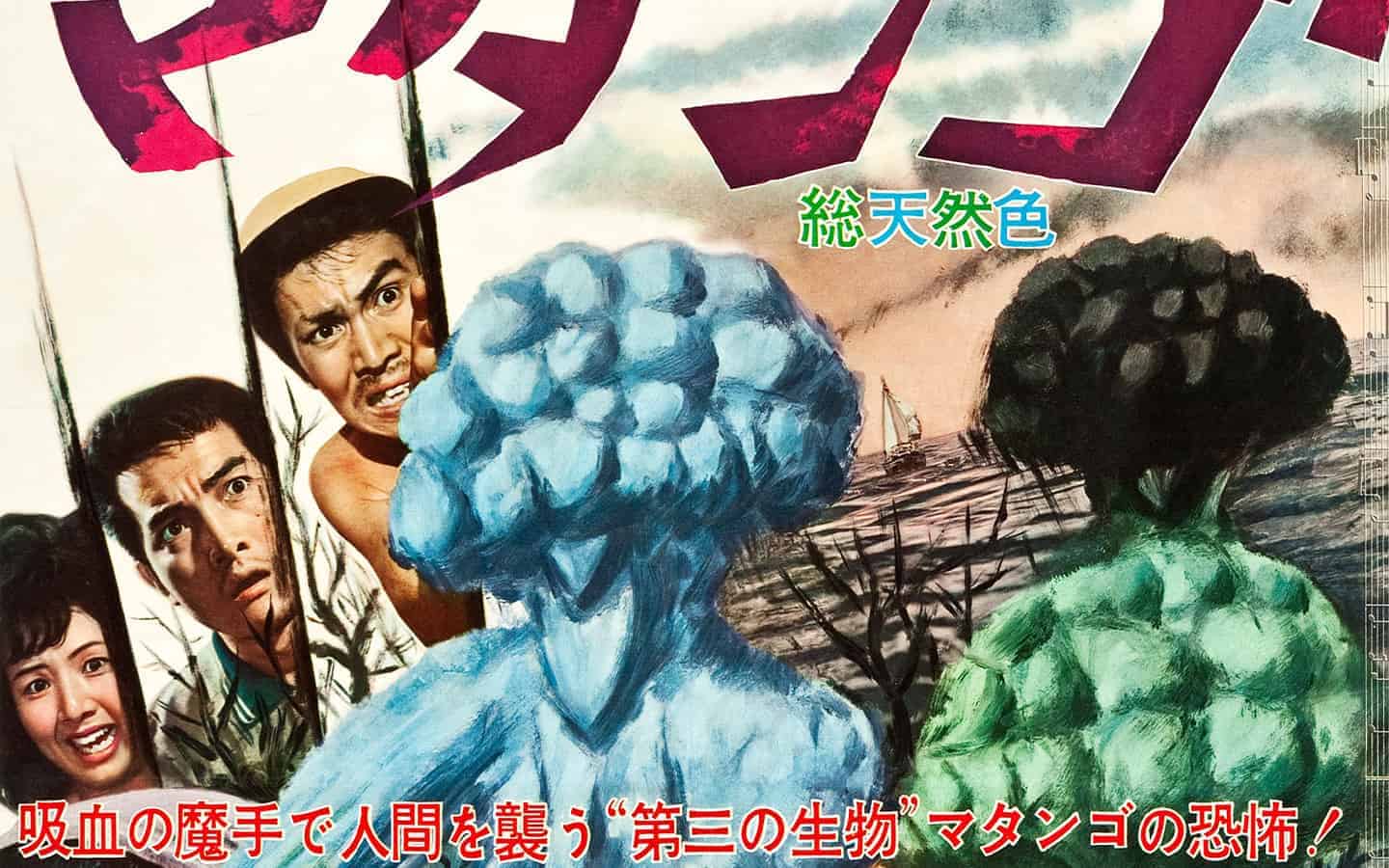 Body horror is one of the most popular yet infamous sub-genres of horror. The very idea of your body being corrupted on a cellular level into something unnatural is a primal fear we all have. And one nation that has a very unique body of work when it comes to the genre is Japan. From films such as Tetsuo: The Iron Man or Tokyo Gore Police, manga such as the works of Junji-Ito or Hitoshi Iwaaki’s Parasyte, anime films and series such as the ending to Akira or OVAs like Genocyber, and video games such as the Resident Evil and Silent Hill.

Japan has a large selection of body horror works that rivals that of the west, even with the like of David Cronenberg. But the one film many filmmakers and historians say influenced the sub-genre in Japan may have an unlikely place: the team behind many of Toho’s kaiju films. So let’s dive into the legacy of the 1963 horror classic Matango.

The Mutations of Matango

Released in 1963 and from the crew behind many of Toho’s Kaiju films such as director Ishiro Honda, special effects artist Eiji Tsuburaya, and screenwriter Takeshi Kimura; Matango, which is loosely based the William H. Hodgson short story “The Voice in the Night”, follows a group of wealthy youths who end up getting stranded on a seemingly deserted island.

They become desperate for survival as they lack a large supply of food, but a strange fungus called “Matango” grows all over the island. As they begin fighting each other in desperation and even madness, they discover the fungus has actually mutated inhabitants of the island into mushroom monstrosities via consumption, and now out of starvation they too begin eating the fungi.

The film was controversial upon its initial release due to many viewers seeing the make-up effects of some of the victims of the fungi resembled those afflicted by radiation burns during the atomic bombings of Hiroshima and Nagasaki or “Hibakusha” in Japanese dialect. The outrage from both Japanese critics and audiences was so strong that the film was nearly banned though this never went through (a similar controversy would happen with the twelfth episode of the Tokusatsu series Ultra Seven). Despite the controversy and rather underwhelming box office performance, the film would garner a cult status among Japanese filmgoers for its unique kind of horror never seen at the time.

During the 1960s many genre films tend to fall into two camps, Kaiju films or Kaidan (ghost) films, so Matango essentially being an early example of body horror resonated with many as, despite the film being relatively obscure amongst the large library of Japanese monster films, people still remembered it. Upon reflection, Honda would describe the idea of the fungi consuming its victims as a metaphor for the drug culture amongst Japanese youth at the time by stating he was commenting on the

‘Rebel era’ in which people were becoming addicted to drugs. Once you get addicted, it’s a hopeless situation…no matter how good friends people are, even if they’re the very best of friends, under certain conditions things can get very ugly.

Quote of Ishiro Hondo from Monsters and Monstrosity from the Fin de Siecle to the Millennium: New Essays written by Anthony Camara)

The film would leave a legacy amongst many genre filmmakers such as Sogo Ishii and Yoshihiro Nishimura. In regard to genre, it would not only inspire the body horror genre but even cyberpunk. One thing one could read as what Matango brought to the table for both genres is the idea of merging with something that isn’t seen as “natural” and losing yourself to it.

Compare many Japanese body horror films to most of their Western peers. In films such as John Carpenter’s The Thing or David Cronenberg’s The Fly, the body horror is not something the victims want to happen to them and is usually seen as metaphors for both disease and how the West fear the concept of losing one’s individuality on a cellular level (which can be seen all the back in 1956’s Invasion of the Body Snatchers).

It is a frequent them with many western films on how we tend to value the concept of individuality and our very being so in many body horror films released in the West it tends to prey on the idea of our very body going against us. In Japanese culture (and many Asian cultures to an extent), however, value is placed more towards the collective and how one can contribute to better each other so, in a way, Japanese body horror films play on the fear of excessive selfishness.

In Matango many of the characters eat the mushrooms themselves or are peer pressured into it similar to how one is pressured into taking drugs into their system. And in other examples of Japanese body horror such as Tokyo Gore Police or Tetsuo: The Iron Man, those who go through these horrific either do it to themselves willingly or eventually give in to the temptation via another individual.

With Matango’s release in the 1960s and the boom of body horror started in the 1980s, it makes sense as both eras deal with Japan going through an identity crisis from Western influence seen in both decades along with heavy industrialization and commercialization. So in a way Japan is being peer pressured by America to transform into something else.

Body horror as a whole works very well as it’s a visceral way to have a visual metaphor. Whether it’s Matango’s commentary on drug abuse, fears of advanced technology in Tetsuo: The Iron Man, or even in Western films like The Fly on the horror of someone wasting away from disease. The beautiful thing about horror is how malleable it is across different cultures while at the same time resonate on a primal level. As in the end, we all fear to mutate into something we’re afraid to become…or of what we want to become.