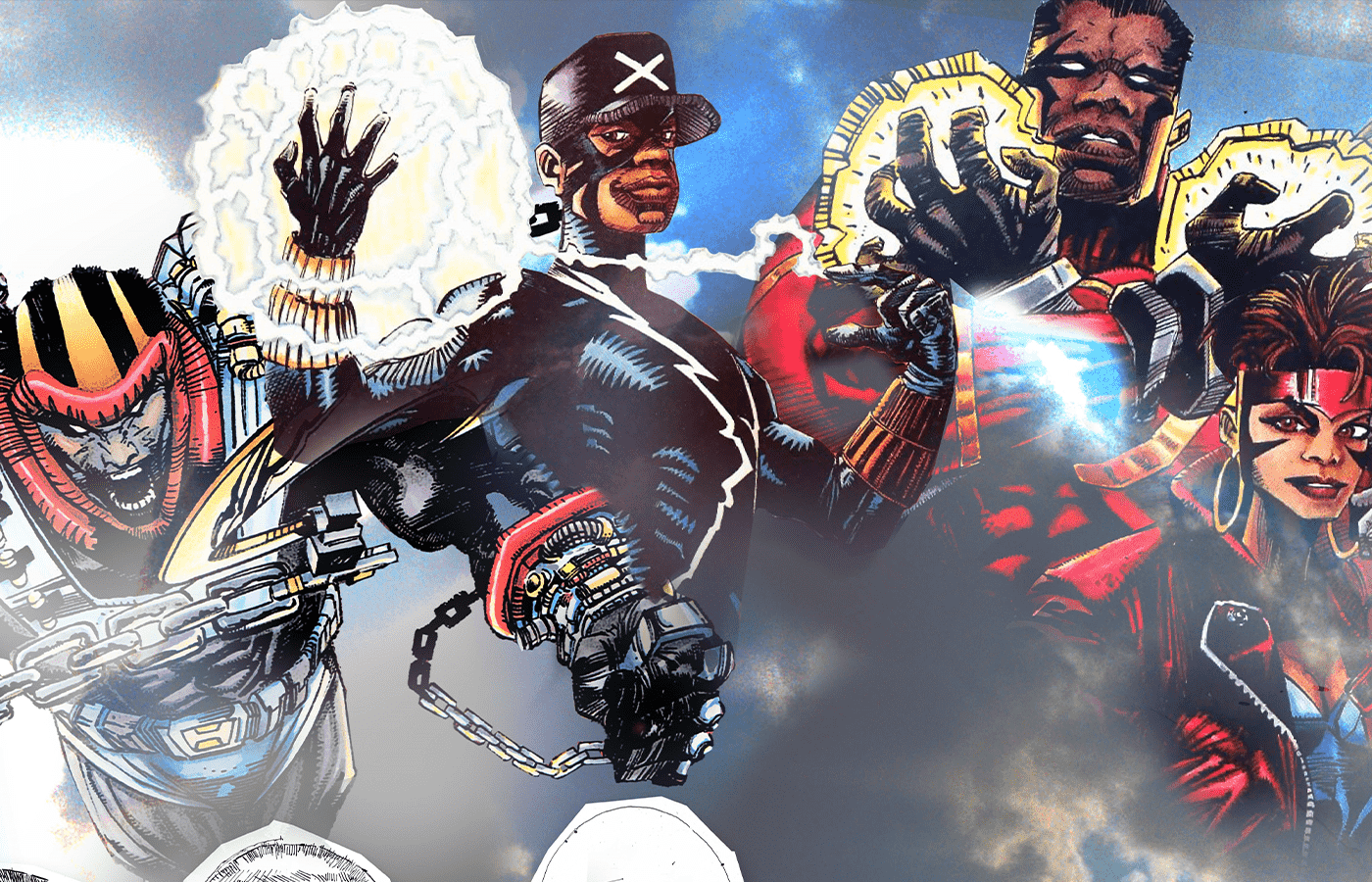 When I first started reading comic books over a decade ago, I wanted to get my hands on any back issues I could. When you walk into your local comic shop for the first time and see the rows upon rows of white cardboard long boxes that contain thousands of stories, it inspires you to absorb as much as possible. See I wanted to read all the characters I grew up with and the stellar stories I could only know through these archived books. During one of the first explorations I ever made into my local comic shop’s catalog of titles I happened to come across Static Shock. To my surprise though, he looked nothing like how he did in the animated series or even DC‘s New 52 (which had just launched around this time). He had a black hat with a striking white ‘x’ and a black domino mask. It was then, like many new generations of comic book fans when I was introduced to Milestone.

Through a series of internet searches and interrogating of my local comic shop’s employees, I began to discover the brilliant worlds Milestone Comics created back in the 90s. Founded in 1993 by Dwayne McDuffie, Denys Cowan, Michael Davis, and Derek T. Dingle, Milestone was forged to tell stories for the underrepresented. Their first series of comic book titles included Hardware, Icon, Blood Syndicate, and Static.

I read through how Static got his powers through a gang brawl and chemical accident, how Icon fled to Earth and decided to fight for humanity, and how Hardware wanted to use his tech for the betterment of mankind. They were different and exciting characters but at the same time familiar. I wanted more from these heroes but it seemed DC shelved all of them aside from the occasional Static Shock appearance.

We would get an appearance from Icon and Rocket in the hit DC animated series Young Justice but never a main title or piece of media with the Milestone pantheon. Eventually, I started to read comic books less and less and had to start focusing on other things. As of this week, I’m still a big comic book fan (despite not reading one in a bit) and as I was scrolling through HBO Max I saw something that grabbed my attention immediately. Milestone Generations, a new documentary about the creation of the comic book company and its triumphant return!

The hour-long documentary is a wonderful bite-sized piece of comic book history that every fan should watch immediately. Directed by Justice A. Whitaker and narrated by Cliff “Method Man” Smith, Milestone Generations introduces us one by one to the founding fathers of Milestone and what led them to tell these important stories. We get a look at DC during the 90s, how Milestone partnered with DC to distribute their books, and how Milestone created a true renaissance moment for the comic book medium. Dwayne McDuffie, Denys Cowan, Michael Davis, and Derek T. Dingle fought editorial censorship to tell the stories that just weren’t being told.

Combined with the great number of archival photos, the documentary touches on how personal every single issue of Milestone was. Whether it be from the open forum work environment to come up with stories, the 100-color process to properly represent a variety of skin tones, or the variety of characters to reflect real people who were underrepresented in comics.

What was truly inspiring about this doc was to see the origins of this thing from my teenage years and to know it came from a place of pure unbridled passion. As the documentary continues we learn that the creative team despite differences over the years is coming together yet again to bring Milestone to a whole new generation of fans. Whether it be in their comics, feature films, or their Milestone Initiative, a program that mentors new generations while providing industry opportunities.

Milestone Generations showed the power passion has when shared. The documentary re-invigorated my admiration of the company and reminded me of why I love these stories in the first place. If you’re a fan of DC and Milestone or want to venture into the world of Milestone, I highly encourage anyone to watch this documentary. Milestone Generations is now available to stream on HBO Max.