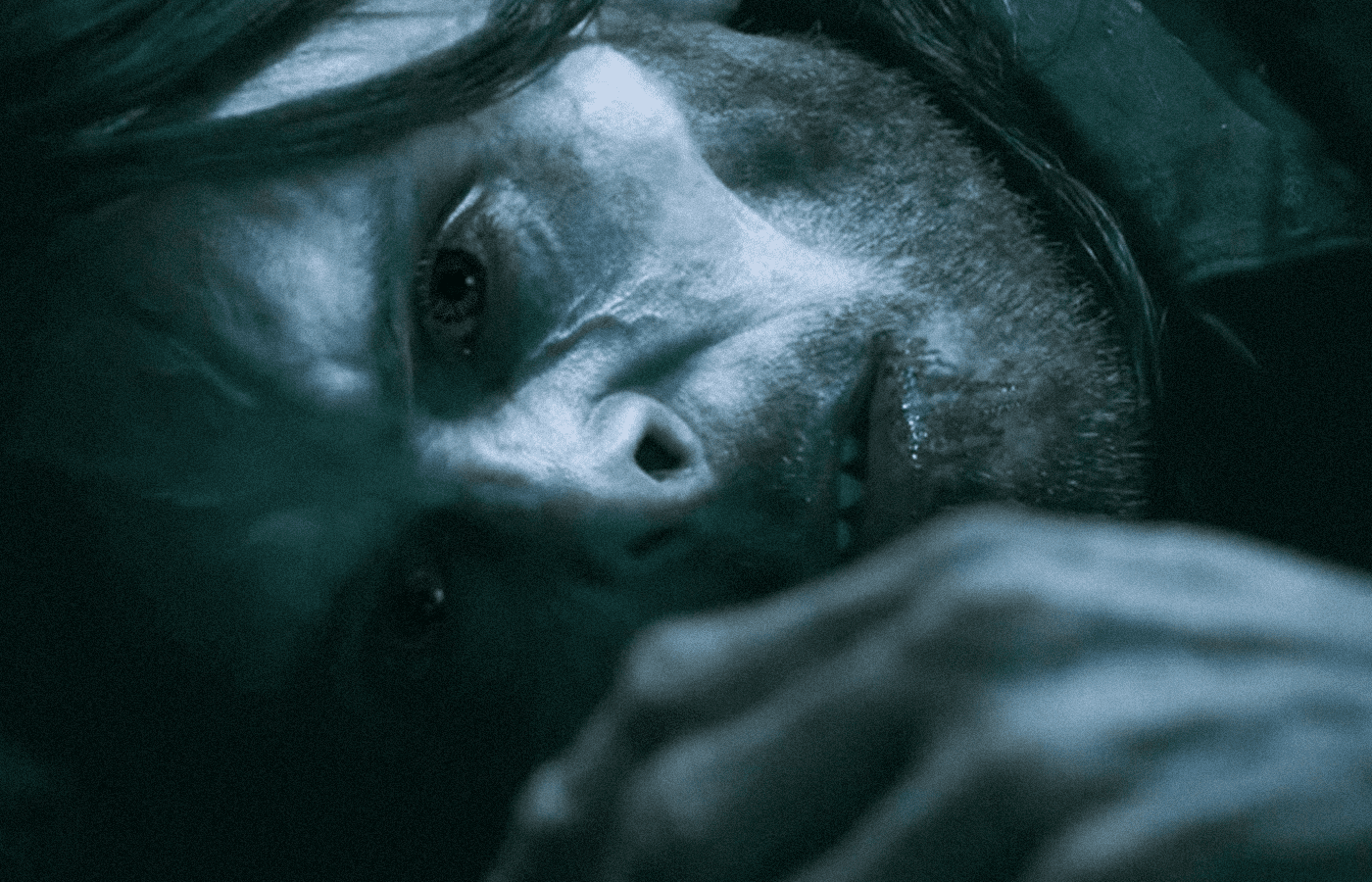 With the release of Spider-Man: No Way Home, the future seemed bright for Spider-Man’s place in the MCU. It seemed both Marvel and Sony helped give the MCU incarnation of Spider-Man a clean slate akin to the street-level roots of the character and streamlined the character without the Iron Man baggage. But after watching Morbius (2022), I now dread that this bright future could develop into something darker.

Morbius follows a biochemist Michael Morbius as he tries to cure himself of a rare blood disease, but he inadvertently infects himself with a form of vampirism instead. Based on the Marvel Comics character Morbius, the Living Vampire, the film is produced by Columbia Pictures and Marvel. It’s the third film in Sony’s Spider-Man Universe (SSU). Directed by Daniel Espinosa and written by Matt Sazama and Burk Sharpless, it stars Jared Leto as Dr. Michael Morbius, alongside Matt Smith, Adria Arjona, Jared Harris, Al Madrigal, and Tyrese Gibson.

A Vampire Without Bite

First, let me preface by saying I don’t want to hate this film for the sake of it not being an MCU film or a Sony film. I will defend The Amazing Spider-Man films to the death and I very much enjoyed last year’s Venom: Let There Be Carnage. I am a Spider-Man foremost before any other Marvel character, so I enjoy his web (no pun intended) of characters. But with the announcement of Sony making a Morbius solo film, my suspicions increased immensely.

As a Spider-Man fan, I knew of Morbius as a major reoccurring villain/anti-hero within the Spider-Man pantheon. I was first exposed to the character via the 1990s Spider-Man The Animated Series and various Marvel comics, so I am familiar with the story of Michael Morbius. But it is that familiarity that had me suspicious. Then I saw the first trailer, and that suspicion seemed justified along with the casting of Jared Leto.

I know Leto has his fans, but I am not behind the Jared Leto hype train. He seems to be an alright actor at the best of times and then there is his performance as The Joker in Suicide Squad, but this is review is about a different pale-skinned monster. While I became very skeptical about this film with a trailer that was made to build speculation over Morbius’ place in the Marvel multiverse, I was committed to making a final judgment once I have seen it. Well, I have seen it and sorry, but this film is not good.

RELATED: 5 Must-Read Comics For Venom: Let There Be Carnage

The plot of Morbius (2022) follows two adopted brothers, Micheal Morbius (Jared Leto) and Milo Morbius (Matt Smith), who are afflicted with a fictional/unnamed blood illness that has left them severely crippled and on the verge of death. Micheal, a world-leading hematopathologist, would soon come up with a potential cure by splicing his DNA with a vampire bat into a serum. He soon uses himself as a human test subject with the help of his lab partner/love interest Martine Bancroft (Adria Arjona) and Milo’s funding.

It is then that the experiment mutates Morbius into a vampiric creature with superhuman abilities and the urge to feed on blood. Horrified, Micheal tries to find a cure along with avoiding detection from the FBI who are tracking him after Morbius’ first rampage. Soon, Milo takes the cure for himself out of desperation and embraces his vampiric nature while Morbius has to fight off the FBI, Milo, and his own desire to feed. The film ends with Milo killing Martine (she survives and becomes a vampire herself) and ends up being killed by Morbius in the last battle in New York’s tunnels.

The biggest issue with Morbius (2022) is that the film is both sloppy and uncreative. The plot is a basic superhero origin story mixed with a man-turned-monster narrative (a la The Fly or Doctor Jekyll and Mister Hyde) that absolutely does nothing new creative or interesting with the premise. The idea of a more monstrous anti-hero is very enticing but we already have that with Venom (2018) so the only major difference is that our protagonist is a vampire instead of an alien/human hybrid.

Nothing about the film feels fresh. The hero feels his powers are a curse (i.e. The Hulk, Spider-Man), the villain is a dark copy of the hero (Killmonger, Iron Monger), and the hero embraces his animalistic side (i.e. Venom, Wolverine), and so on and so on. Not once did I feel I was watching something new or fresh. Half the time it either felt like a less entertaining version of Venom or an Underworld knockoff.

The film’s pacing is a major double-edged sword as while the film is a breezy hour and forty-four minutes, major plot beats happen in quick secession without fanfare or time to breathe or be meaningful. I would be shocked how suddenly we get moments like Morbius deciding to inject himself with the serum or how quickly the FBI agents (played by Tyrese Gibson and Al Madrigal) would figure out what Morbius became and arrest him. It almost felt I was watching a YouTube abridge version of the film with how quickly the film goes through story beats.

Another major issue of Morbius (2022) is that our hero himself as Jared Leto is painfully boring. Again, I am sorry, but I don’t get why people get behind Leto (ignoring many of his allegations and his position as a cult leader but that is a discussion for another day) or saw that he was ever a talented actor. Never once did I feel the character of Michael Morbius was anything more than a stock protagonist for the sake of the plot. I never felt sad or fearful of him, just apathy.

There are some positives in Morbius (2022) though. The biggest is Matt Smith as Milo, as he was a delight from beginning to end. Sure he is that stock “the villain is a dark reflection of the hero” trope, but dammit, he was fun! He felt more akin to a Buffy the Vampire Hunter/World of Darkness vampire, who is just having fun. Honestly, he reminded me of the animated series Morbius or outright villainess Morbius from the classic comics that it makes me wish Matt Smith was Micheal Morbius himself.

RELATED: ‘Ms. Marvel’ Is Lighting Up The MCU In New Disney+ Series Trailer

The action and horror bits were well made as well. Director Daniel Espinosa has a brilliant eye for setting up good suspense and fast action so the scenes of Morbius going full vampire were a visual treat. Some of the film’s highlights were Morbius’ first vampiric rampage and the first fight between him and Milo. If we ever get a World of Darkness film, Daniel Espinosa is a potentially good choice director.

Unfortunately, we have to return to the negativity as one last aspect of the film that grinds my gears is the implication of the post-credit scene and the purpose of Morbius (2022) in Sony’s Spider-Man Cinematic Universe. Beware this is major spoilers, so if you want to find out on your own terms, please stop where you are reading and return once you see the film. If you either saw it already or do not care, you may proceed.

In the mid and post-credit scenes, we see some of the aftermath of Spider-Man: No Way Home’s ending. In the mid-credit, after Doctor Strange reverses the spell, they reveal that the MCU incarnation of Vulture/Adrian Toomes (Michael Keaton) somehow is transported in the Sony Venom/Morbius universe. Because Toomes does not exist in this universe and has committed no crimes in it, they set him free. In the post-credit scene, we see that Morbius meets up with Vulture (who has his full suit somehow) and tells Morbius he thinks the multiverse hopping is related to Spider-Man and that they should team-up.

What irritates me is that it both contradicts what Marvel is setting up with Spider-Man after the events of No Way Home and might damage both the direction of Spider-Man and the MCU as a whole. Firstly, we all know Spider-Man’s place in the MCU is shaky as he is essentially in joint custody with Sony and Marvel Studios. Custody that almost ended in a full-on serve between the two studios after the success Spider-Man: Far From Home and Disney unfairly overstepping their cut of the film’s profits.

However, what Sony is planning to do with their “Spider-Man Cinematic Universe“ and how it relates to the MCU feels like a rushed mess that might damage the MCU. Already the MCU has ballooned into a gargantuan web (no pun intended) that is already being a bit much for the general audiences to follow. But now that this setup in Morbius (2022) and how it contradicts the last Spider-Man film and lacks any proper explanation could be the very thing that makes general audiences turned off from the MCU even if this is Sony.

If I have to make a blood comparison with Morbius (2022), then this is Sony’s blood clot to the MCU. On its own, it’s just a mess of a film, but in the grand scheme of Sony’s Spider-Man plans and the overall MCU, this could cripple Marvel as a whole. Hopefully, Marvel could iron out the plans they do share with Sony and we still get the bright future that was teased and not the darkness Morbius would live in.